Robert Sim and Oliver Munnik are no strangers to the sharp end of mountain bike stage races, but both men decided to rather take it easy during the 2018 BUCO Dr Evil Classic and ride with their wives. Annette Sim and Alana Munnik were among the 45 women in the 300 odd rider field, where enjoying the beautiful Garden Route scenery is without a doubt the primary aim.

“I did this event last year and had a lot of fun” Robert Sim recounted after the 70 kilometre long opening stage. “Afterwards I thought to myself it would be a great event to do with my wife, so here we are! Today was great and I hope it’s the first of many” the reigning Absa Cape Epic Grand Masters champion said. 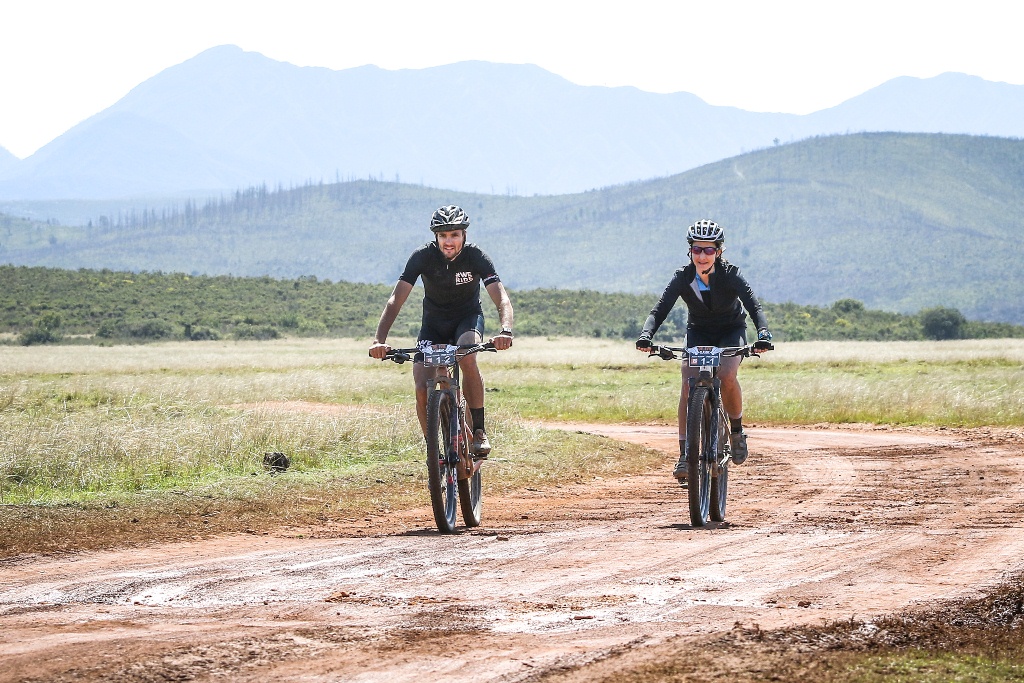 Oliver and Alana Munnik cruising the gravel roads of the opening stage of the 2018 BUCO Dr Evil Classic, side-by-side. Photo by Oakpics.com.

“I have to reiterate what Rob said”, Oliver Munnik began. “Except it’s my first BUCO Dr Evil Classic. We really enjoyed it. The route today wasn’t intimidating at all. Alana isn’t that confident on switchbacks and technical singletrack yet. But the route today really lends itself to people who are looking for a confidence inspiring ride” he advised.

“For our wives it’s great and for us it’s fantastic because we get to spend time with them” Munnik smiled, knowing his wife was listening in. “Maybe next year I will be able to get our two kids to come join us too” Sim concluded.

With the most significant day in terms of distance and elevation now behind them two days of fun on the trails around Plettenberg Bay remain. Stage 2, which starts at 8am at the Kurland Hotel and Polo Fields, takes in 45 kilometres of largely scenic plantation road riding, along with 980 meters of climbing. The route promises spectacular views across the rolling foothills of the Outeniqua Mountains to the range itself, where isolated patches of snow still remain on the highest peaks, which stretches east to west as far as the eye can see. 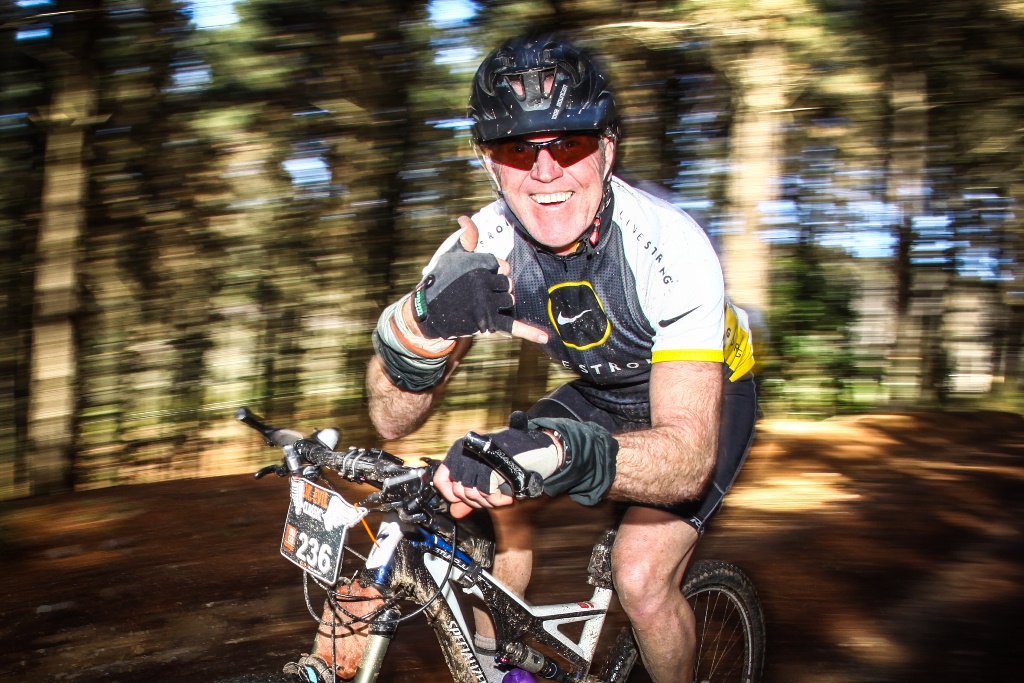 Stage 1, of the BUCO Dr Evil Classic, was all about fun in the plantation forests. Photo by Oakpics.com.

Mountain biking fans, not taking part this weekend, can follow the action as it unfolds from Plettenberg Bay on the BUCO Dr Evil Classic’s social media handles. Fans can and watch the @drevilclassic stories on Instagram for regular updates and sneak peeks from the course. The event Facebook page, Dr Evil Classic, will feature daily photo albums and all the essential information will also be shared via @DrEvilClassic on Twitter. For more information on the event as a whole please visit www.drevilclassic.com. 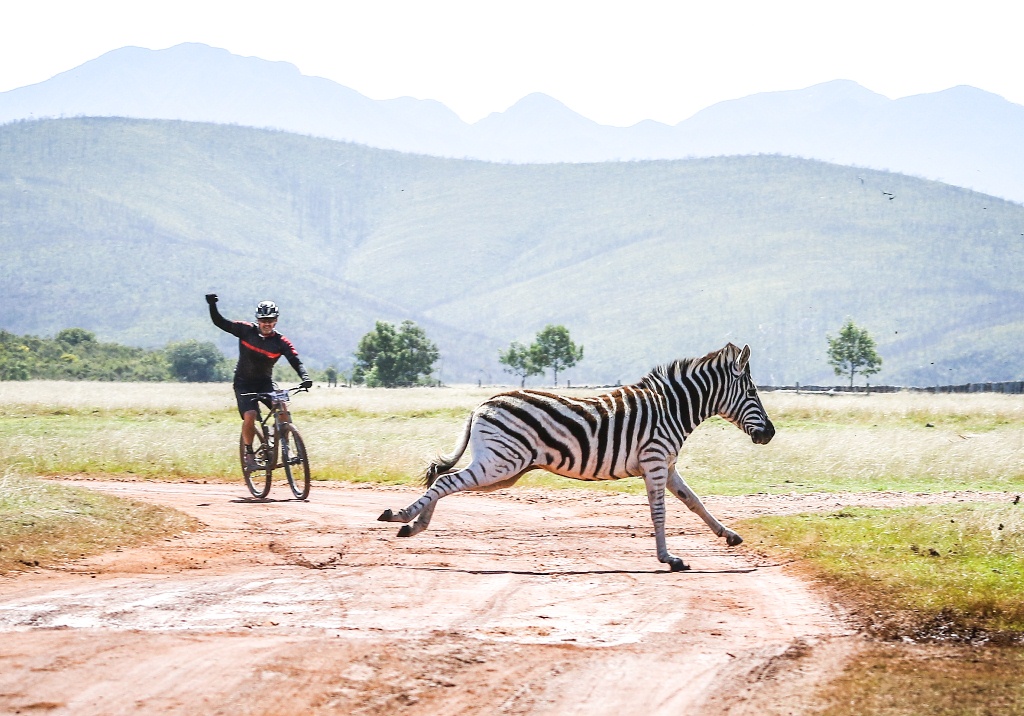 With the stage starting and finishing in the Plettenberg Bay Game Reserve there were animal sightings from the bicycle saddle was guaranteed. Along with zebra, riders were also treated to wildebeest, giraffe and elephant. Photo by Oakpics.com.