If the Build it Trek2Teebus, presented by SEESA, had taken place in KZN it would have been dubbed boutique. But its rural Karoo setting meant that the second edition of the three day stage race could more accurately be described as gesellig. With Oom Charles and the Petrichor Adventures team setting the tone for a social long weekend of campfire kuiers the riding was but a small part of the event.

That is not to say the mountain biking, which was of course the initial hook which brought cyclists across the country to the Steynsburg region of the Great Karoo, was not fantastic. The 72 kilometre long opening day showcased the local hospitality from the off. Just 28 kilometres into the first stage riders were welcomed into water point one, outside the Steynsburg Primary School by hundreds of cheering pupils. The otherwise quiet town was clearly thrilled to have a mountain bike race passing through its dusty streets. 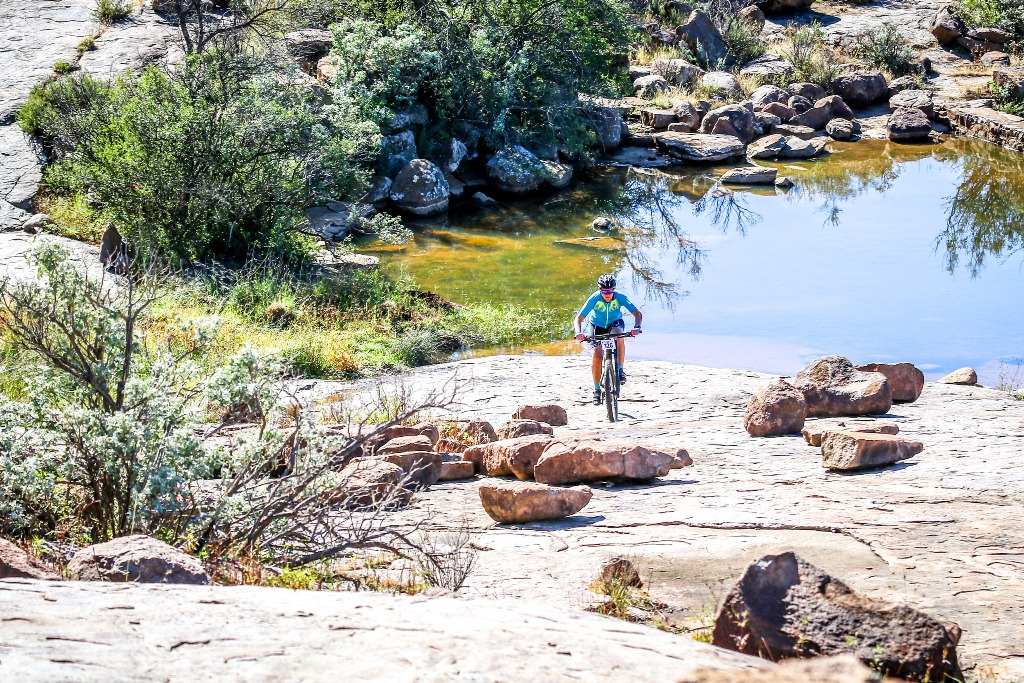 Slick rock riding on Stage 1, with lamb tjops and a spectacular view as the reward to summiting the steepest section of the day’s route. Photo by Oakpics.com.

Stage 1, by in large, featured rolling gravel roads and twisting farm jeep tracks; these allowed riders to take in the broad Karoo views. The highlight of the day was the detour past a waterfall. Approaching the river, and the gorge down which the waterfall plummets in the rainy season, the sparse Karoo vegetation became increasingly dense, hiding the spectacular view until the last moment. Riding wise the Moab style slick rock provided an interesting change of surface too, while off the bike a local farmer braaied atop the nearly dry waterfall and graciously doled out lamb tjops.

The event’s second stage was the singletrack day. It also included the race’s most significant climb, up the Bulhoek Pass. Once a completely tarred road the pass has fallen into disrepair from disuse, now mountain bikers have to pick their way between potholes to make their way from the plateau far below to the summit. At the top a view point offered breath-taking vistas over the Great Karoo plains and conical koppies. The downhill which followed provided similar views, for those who took it slowly enough to look up and out at the scenery. For those chasing the trills of an exhilarating descent, meanwhile, the rocky terrain required absolute focus. 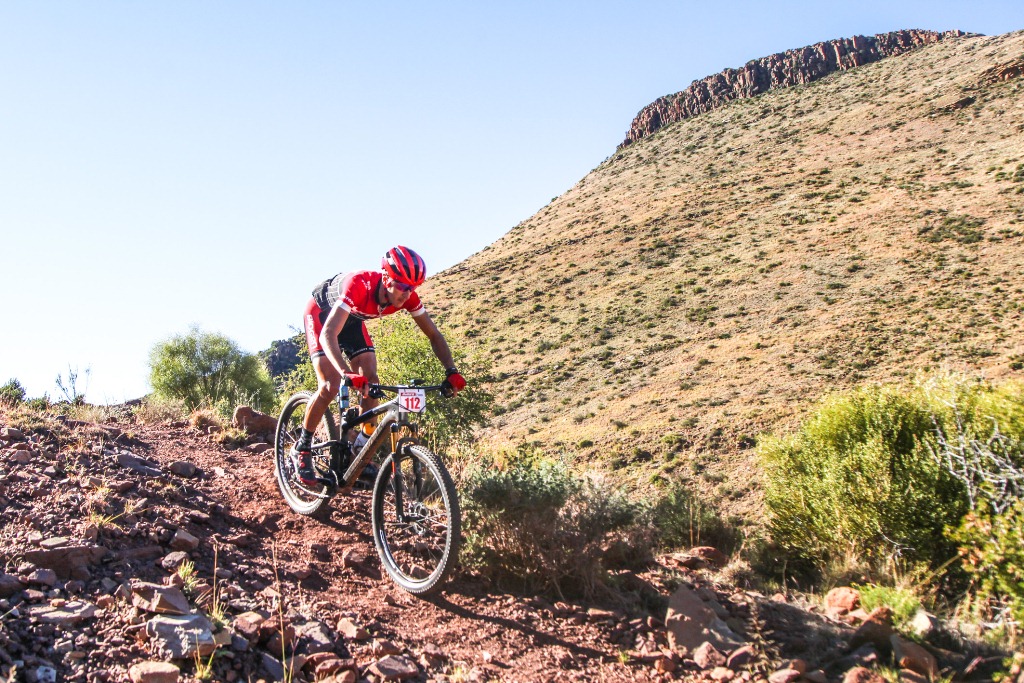 Absolute focus on the descent from the Bulhoek Farm plateau. Photo by Oakpics.com.

The final day of the Build it Trek2Teebus, presented by SEESA, provided the longest stage of the race; at 80 kilometres long. That distance was largely made up by smooth gravel roads though, so fast bunch riding was the order of the day. Aside from the views across the Karoo plains the day’s highlight was the stop at the Orange-Fish Tunnel control room. The tunnel is responsible for making agriculture possible on a commercial scale in the region as it provides water from the mighty Orange River and the Gariep Dam into the Fish River.

Both during and after each stage the superb Karoo hospitality defined the event. Hearty traditional meals kept the riders satiated while the option to book for non-riders meant the Trek2Teebus was a family affair throughout. Children and non-riding spouses were welcomed as warmly as the mountain bikers themselves and everyone was encouraged to slow down and take in the relaxed pace of the country life. 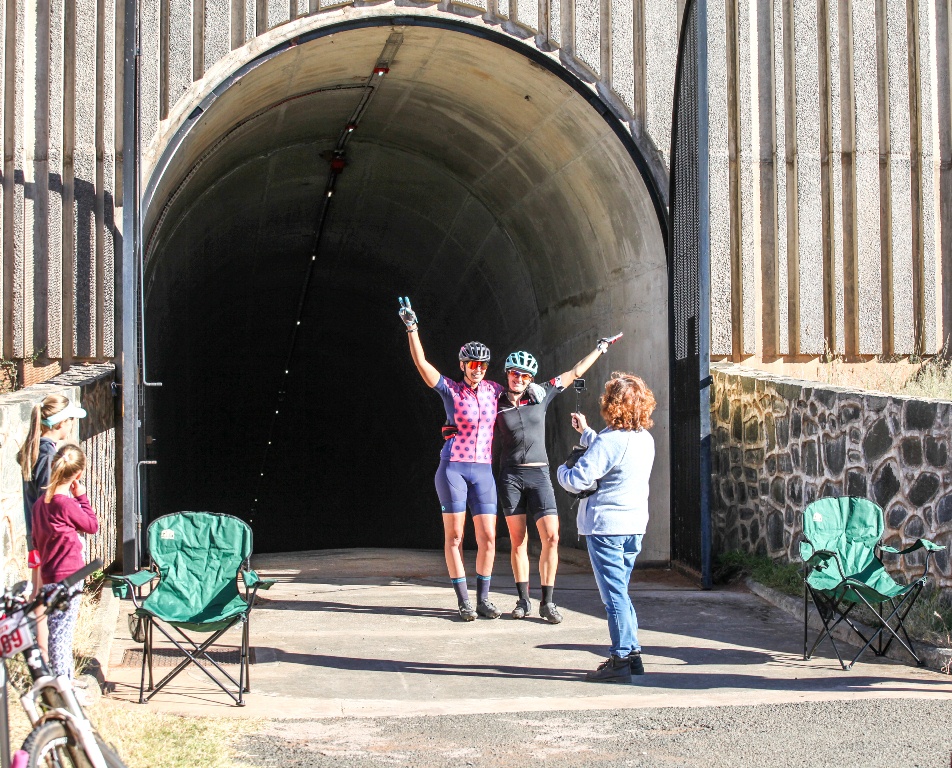 Posing for the must-have photo of the Build it Trek2Teebus, presented by SEESA, at the exit of the Orange-Fish Tunnel. Photo by Oakpics.com.

For riders who missed the second edition of the Build it Trek2Teebus, presented by SEESA, the sensible approach would be to bookmark the 2020 dates now. The third edition is scheduled for the 1st to the 3rd of May next year. For more information on the race visit www.trek2teebus.co.za and follow Trek2Teebus on Facebook or @trek2teebus on Instagram to stay updated on the latest news. 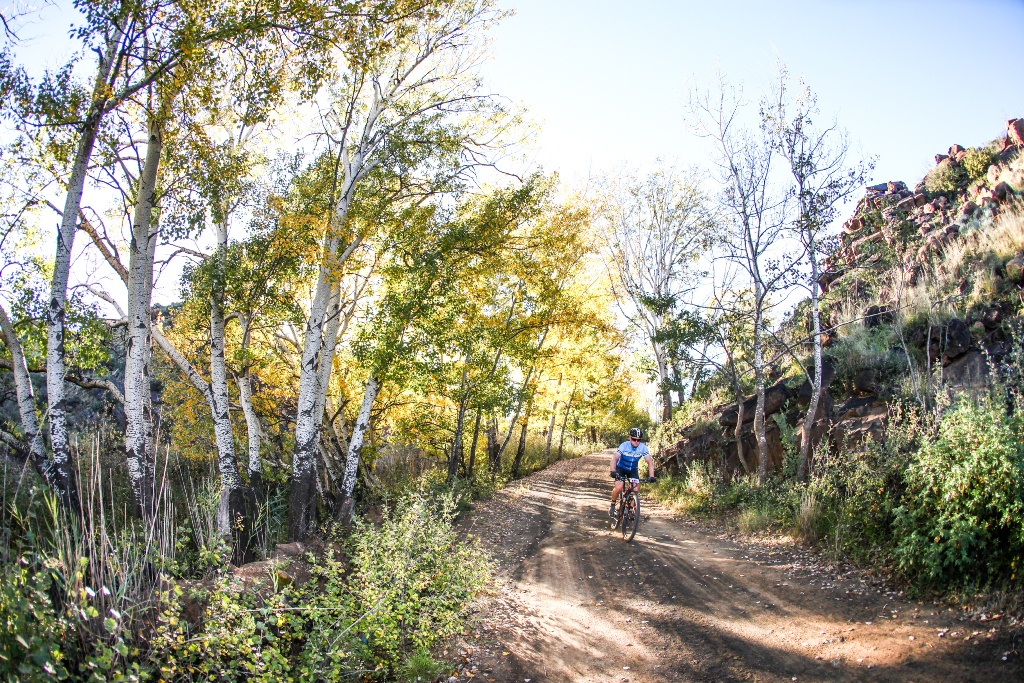 Trek2Teebus does not just take riders across the Karoo plains it provides a closer look at the surprisingly diverse landscape of the region. Photo by Oakpics.com. 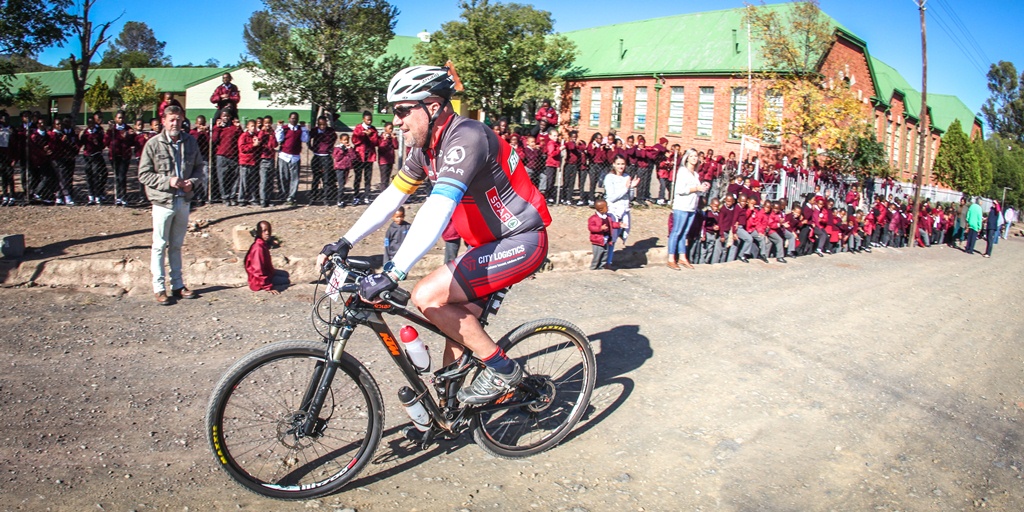 The people of Steynburg in general and the scholars of the Steynburg Primary School in particular provided an enthusiastic welcome to the mountain bikers. Photo by Oakpics.com.