Celebrating 25 Years of Riding To Hell and Back

Celebrating 25 Years of Riding To Hell and Back

South Africa’s original stage race, To Hell and Back, turns 25 this year. The race, which takes place on the 16th and 17th of November, challenges mountain bikers to cycle into and back out of Die Hel. Founded in 1995, by EcoBound’s Wikus van der Walt, much has changed in the years since; not least in bicycle technology. Gamkaskloof and To Hell and Back have remained constants however.

Harnessing the adventurous spirit of early mountain bikers, To Hell and Back provides a return to stage racing’s wild roots. When riders took part for the joy of getting out into the mountains and competition was for bragging rights, and beers. Exploring the road to hell, which twists and turns through the folds of the majestic Swartberg Mountains one of those elements is guaranteed by the route. Another is vouchsafed by Darling Brew. The riders only have to bring the competitive spirit and challenge their friends to see who can conquer the beast best. 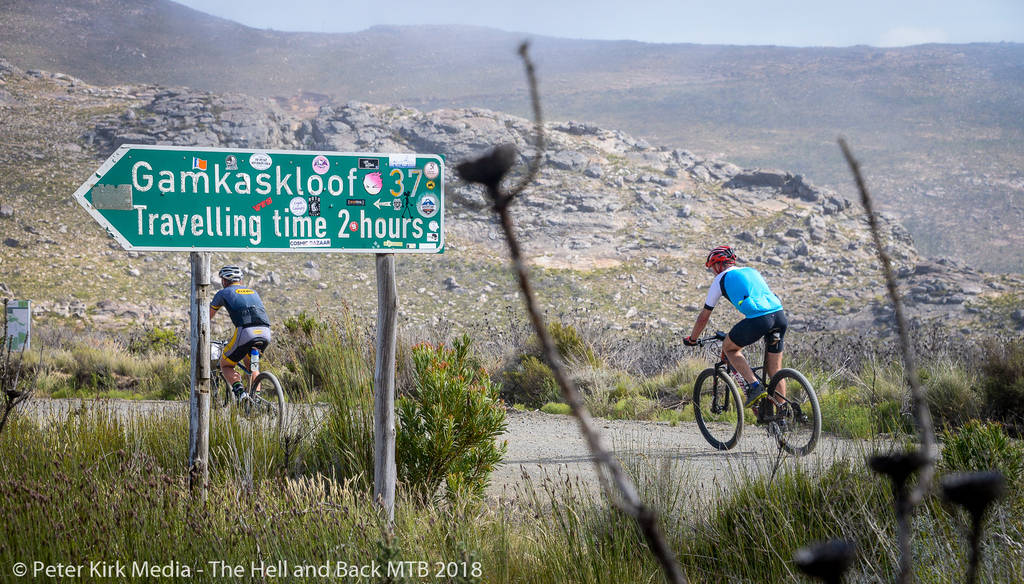 The road to Die Hel is no highway. Photo by Peter Kirk Media.

Any good South African needs no reminding of the other link between 1995 and 2019. The Springboks will no doubt be toasted with many a cold Darling Brew in the kloof this year. Perhaps during the unofficial Mr Movember Wold Championships competition, for the rider with the best moustache, which is hosted along with a ceremony which celebrates other mis-adventures of the opening day.

To attend the celebrations in Gamkaskloof riders will need to reach Die Hel. The ride in is arguably easier than the way out. As one learnt in Sunday school. Though it is no highway to hell. The road is rutted, rocky and corrugated. One cannot help but think back 25 years and wonder how much harder it was on rigid 26ers than it is now on full suspension 29ers. 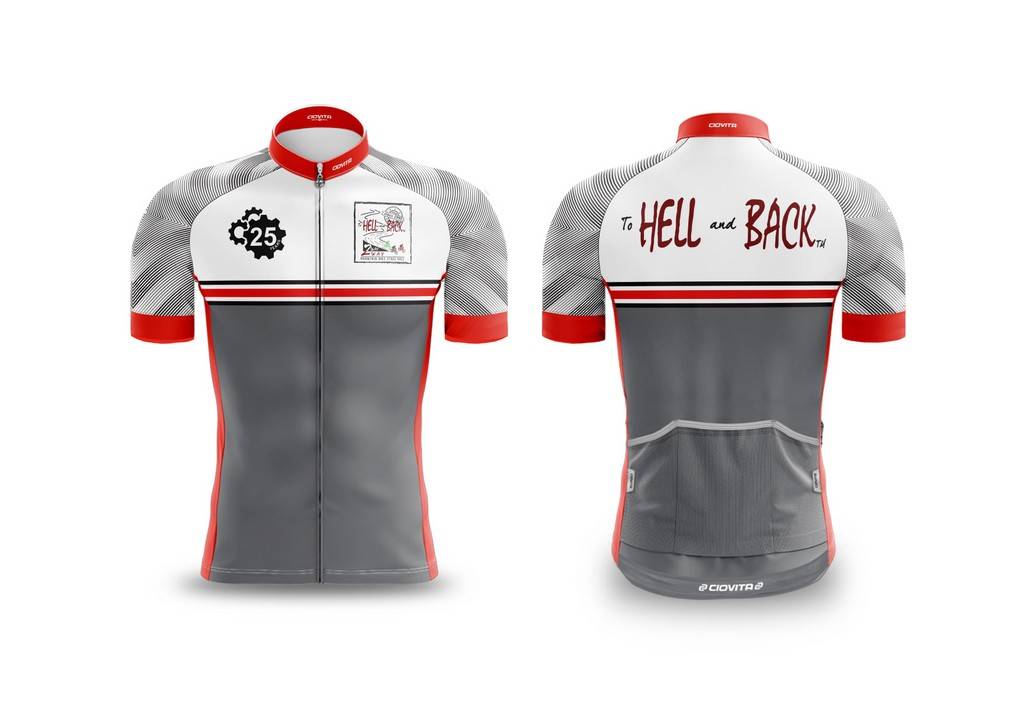 A To Hell and Back 25th edition commemorative Ciovita cycling jersey will be available for purchase at registration, on Friday 15 November. Image supplied by Ciovita and To Hell and Back

Summiting the Swartberg Pass is the first challenge. Thereafter a rolling descent, which never feels like a descent, takes riders from kilometre mark 20 to 52 and the foot of Heartbreak Hill. By the time the climb starts riders will have been eyeing it out for the best part of 20 kilometres. Heartbreak Hill looms, a dusty ribbon of gravel on an olive-green hillside, from the moment one rolls out of Water Point 2. That Spur Burger and more importantly the salty chips provide the energy needed to grind inexorably to the top, past another water point, and the emergency Darling Brew aid station.

The beers are doled out frugally at the summit of Heartbreak Hill, for a final descent to hell awaits. It is a white-knuckle ride down Elands Pass to the campsite below. There a simple but nourishing lunch kicks off an afternoon of unwinding, beyond the reach of cell phones and social media. An Old Nick’s tick is to find a deeper pool in the unnamed stream which bubbles past the campsite. Not only are the icy waters cooling on one’s aching legs but the tiny redfin minnows which cruise its shallows will provide a complimentary spa treatment, nibbling on one’s toes. Heartbreak Hill, a dusty gravel squiggle through the olive-green fynbos, looms visible for nearly 20km before one reaches the foot of the climb. Photo by Peter Kirk Media.

As the sun sinks low, be warned sunset comes early in the kloof. Soon it will be time to collect a braai pack. There is no official To Hell and Back chef to cook your meat for you. This is no-fills stage racing. Unless there’s a braai master in your group everyone is in charge of their own vleis. Meanwhile Tony Cook will no doubt be strumming his guitar, telling bad jokes (which date back to 1995 too) and corralling men with moustaches for the Movember World Champs. Along with the prize for die beste snorre the riders can be nominated by their peers for the Kamikaze (best fall), Sportsmanship, Gees and Wannabee Dare Devil awards.

The following morning after a self-service breakfast of cereals, porridge and moer koffie it is time once again to saddle up. If the road to hell was no highway the path out is certainly no cakewalk. It starts with the Elands Pass ascent before Heartbreak Hill offers respite. Then it is onwards and upwards. Climbing until the 42-kilometre mark and the summit of Swartberg Pass. From Die Top it is pretty much all downhill, back to De Hoek Holiday Resort where the adventure began on Saturday morning. 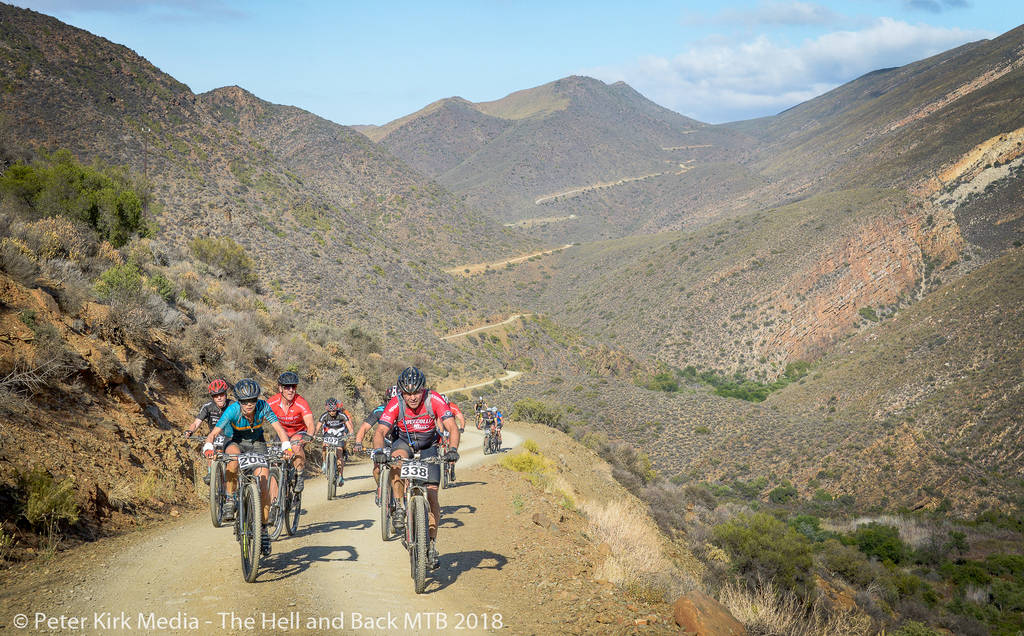 Be warned: Day 2 features more climbing than the opening stage and the climbing is wedged into just 42km. Photo by Peter Kirk Media.

23 of the 52 Old Nick’s Club – of riders who have completed 10 or more To Hell and Backs – members will take part in the 2019 race. Among them are the true legends of the race, Paul Goedhart and Tony Thorburn. Goedhart and Thornburn have completed every edition thus far showcasing a commitment to mountain biking which transcends steadfastly refusing to give in to the new-fangled 29er trend.

If it is your first attempt at cycling To Hell and Back look out for the men and women with the blue number boards. They are the Old Nick’s. Ask them for advice. They have learnt a thing or two over the years. Like the wheels on your bike everything comes back around again and they have no doubt seen it all; at the race that pioneered the South African obsession with stage racing. 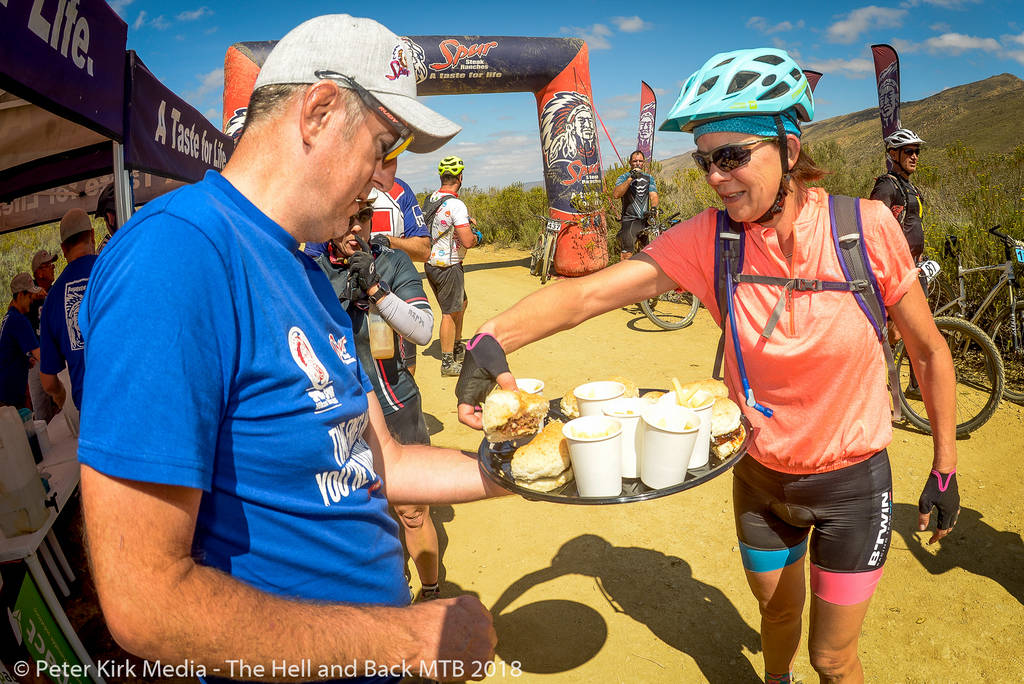 Mid-ride spur burgers and more importantly the chips will fuel you for the climbs ahead. Photo by Peter Kirk Media. 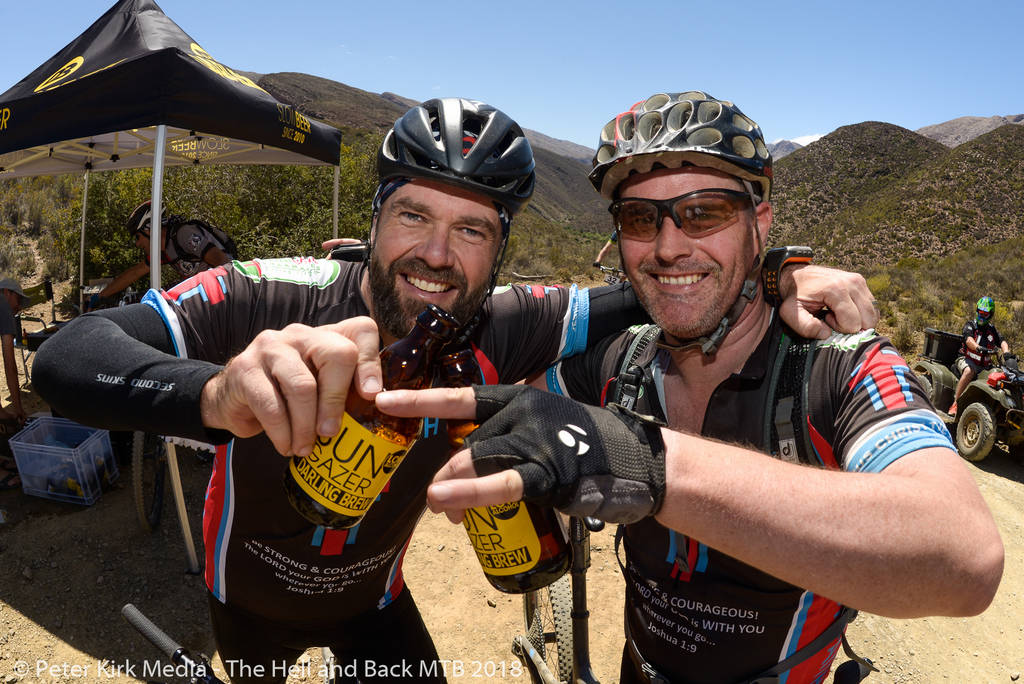