The 2020 Knysna Bull, made personal by Constantia, kicked off with a ferocious Prologue in the hills above the Garden Route town on Wednesday evening. Starting on the Phantom Pass the race started with a climb, before swooping through the Maxxis Segment along a downhill singletrack and taking in the Oak Hill school’s XC track. Requiring an explosive effort, the course was best suited to Matt Beers and Anne Terpstra.

Beers is of course the defending champion. The Knysna local even joked about how good it was to be back in his home town. “It’s so nice to be out of Cape Town” the stage winner laughed. “The people are so nice here and the drivers are far more considerate to cyclists.” 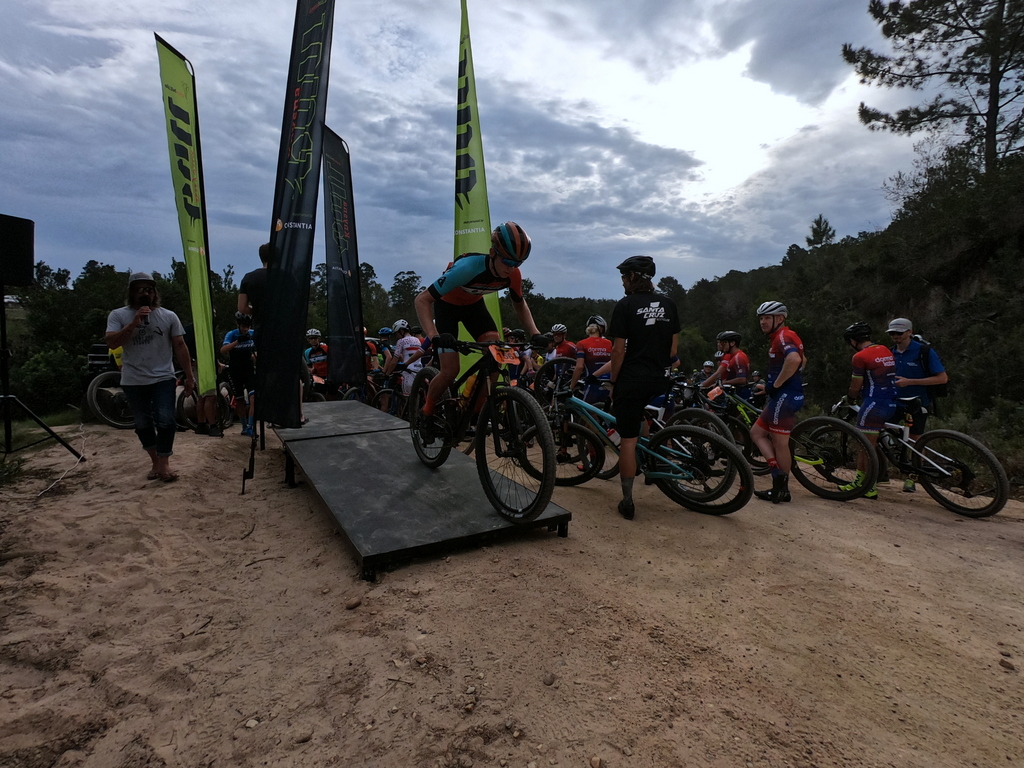 Henry Liebenberg had to settle for third place on the Prologue, in the Young Bulls category, behind Tristan Nortje and Willie van Eck. Photo by Seamus Allardice.

Aside from the benefits of home cooked meals and quite roads to train on the little matter of R100 000 in prize money brought Beers back to the Knysna Bull, made personal by Constantia. The race offers a winner-takes-all, equal, prize pay-out to the men’s and women’s general classification champions. In addition to the prizes to the elite winner there is R60 000, in total, which will be divided between the top five men and women under the age of 23; after four days of racing.

The fastest women’s time across the 13-kilometre course was set by Ghost Factory Racing’s, Terpstra. The Dutch star is currently the highest ranked cross-country rider on the UCI rankings. She joined her teammate, Barbara Benko, in South Africa as the pair build up to the Absa Cape Epic in March. Benko was second fastest on the stage, 19 seconds slower than Terpstra; while Robyn de Groot was third. 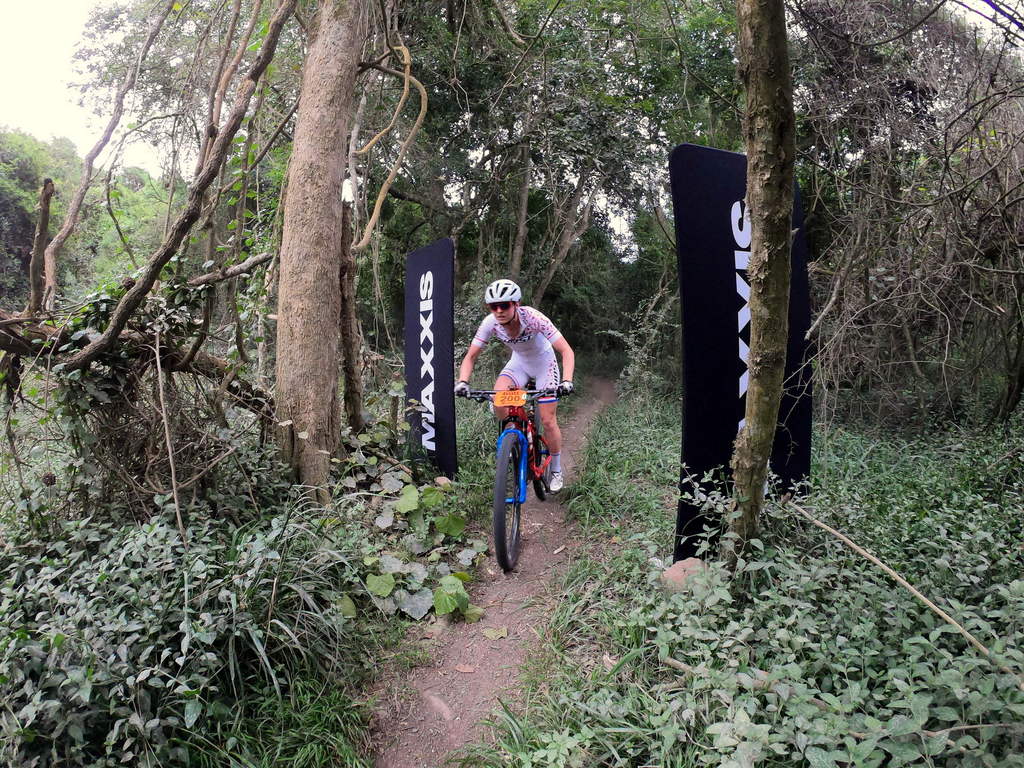 Due to the prize money and the race organisers’ push to attract young riders the Young Bulls categories were exceptionally closely contested. Imbuko Giant’s Tristan Nortje set the fastest time of the men’s Young Bulls. Willie van Eck was second quickest and the defending category champion, Henry Liebenberg was third. The fastest women under the age of 23 was Zandri Strydom, despite taking a tumble. The Specialized rider was 1 minute 11 seconds faster than Tiffany Keep, and 1 minute and 16 seconds ahead of Christie Hearder.

The time gaps, apart from the 2 minutes and 54 second that Matt Beers holds over Justin Tuck could disappear in an instant on the trails of Stage 1. Starting at Eden Book, between Knysna and Plettenberg Bay, the 59-kilometre stage features 1 220 meters of climbing. Weaving though indigenous forests and plantations for much of its duration the final kilometre will ensure a decisive stage winner, and potential general classification movement, as the day concludes atop the famed Simola climb.

Henry Liebenberg had to settle for third place on the Prologue, in the Young Bulls category, behind Tristan Nortje and Willie van Eck. Photo by Seamus Allardice.