The 59-kilometre-long Stage 1 of the 2020 Knysna Bull, made personal by Constantia, was won by Matt Beers and Anne Terpstra. Starting at Eden Brook, between Knysna and Plettenberg Bay on Thursday morning, the route featured iconic Garden Route mountain biking. It also provided ample opportunities for attacking riding. None better than on the opening climb, upon which the aggressive Young Bulls blew the field apart. 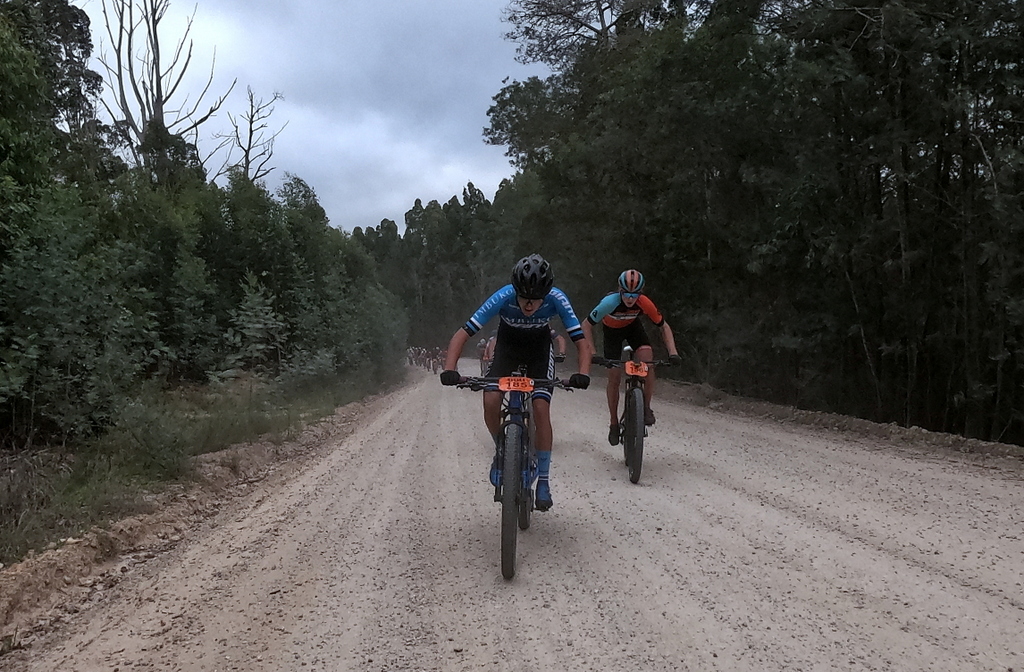 Matt Beers (leading) and Tristan Nortje worked well throughout much of the stage before Beers distanced the Imbuko Giant rider inside the final 10-kilometres. Photo by Seamus Allardice.

As soon as the flag fell, signalling the end of the neutral zone, Wessel Reelinghuys launched an attack. The stinging gradients of the climb and cold legs ensured that only Tristan Nortje and Henry Liebenberg could initially follow. Beers was unphased by the acceleration and simply rode at a steady tempo up the climb, reaching the summit with the trio of Under 23 riders. Behind there was chaos however.

The Women’s field was stretched by the sudden increase in pace, leaving Barbara Benko and Sabine Spitz caught out. Neither Benko nor Spitz recovered to challenge for stage honours. The women’s race came down rather to a stage-long battle between Ghost Factory Racing’s Terpstra and dormakaba’s Robyn de Groot. 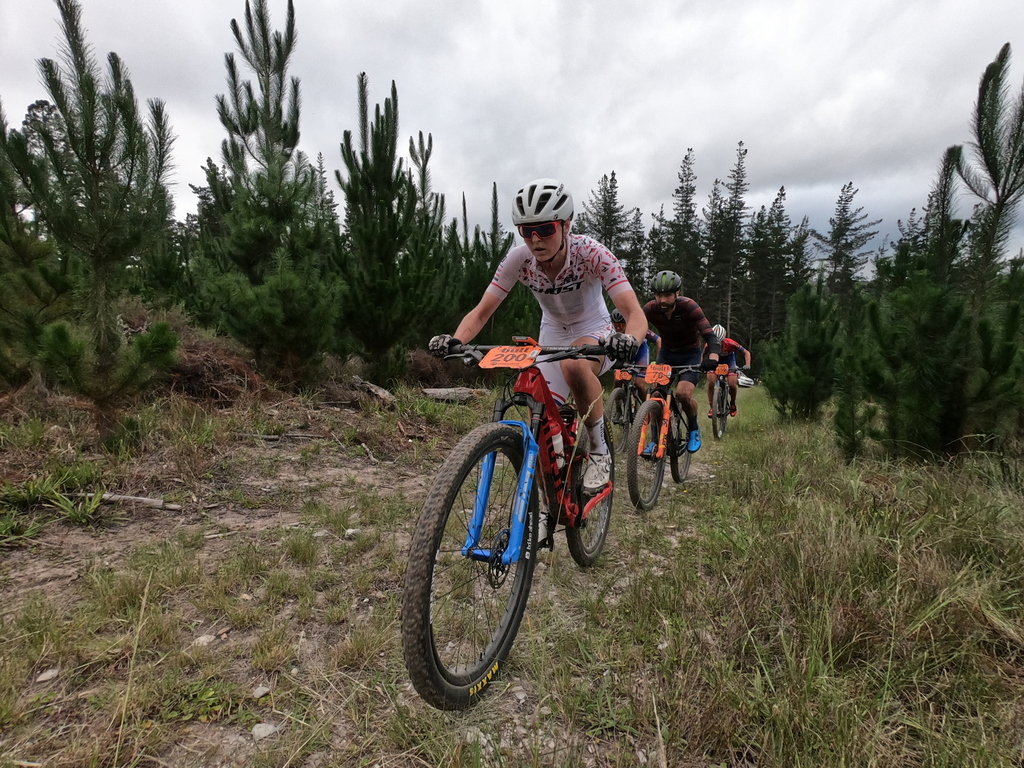 Anne Terpstra and Robyn de Groot found themselves within a group of men for much of the day; but the experienced male riders, including David George did not interfere with the women’s racing. Photo by Seamus Allardice.

“For me the first hour, hour and a half, was harder than the finish” Terpstra recounted after winning the stage. “The route was really nice though and I enjoyed racing with Robyn [de Groot]. In the first 10 kilometres there was one particular singletrack that was really great. After that I could control the pace a bit more. It was hard, but controlled.”

“I noticed that I got a little gap on a singletrack downhill in the last 5 kilometres” the Women’s race leader elaborated. “Then on the next singletrack I pushed harder and opened up the gap further.” The Ghost Factory Racing rider went on to win the stage by 59 seconds over De Groot. While Benko recovered to finish third, 3 minutes and 25 seconds back. Terpstra now leads, over De Groot, by 2 minutes and 28 seconds. Henry Liebenberg battled to third overall and second in the Young Bulls category on a day when he was still not feeling 100%. Photo by Seamus Allardice.

The Men’s race was dominated from start to finish by Beers. Once he had reeled in the early attack of the Young Bulls, he tested the less experienced riders’ legs. Only Nortje could go with the NAD Pro MTB star. The Imbuko Giant rider then fought manfully to remain with Beers, knowing that the longer he did so the bigger his Young Bulls category lead would be.

“I was impressed by Tristan [Nortje]” Beers praised post-stage. “He rode really well today and did a lot of work so that he can be more conservative over the next two days. From my point of view, it was a great stage. But it wasn’t easy. There are no free meters here. You’re always pedalling. It was like a two-hour session on an indoor trainer. Even the downhills require you to work” he laughed. 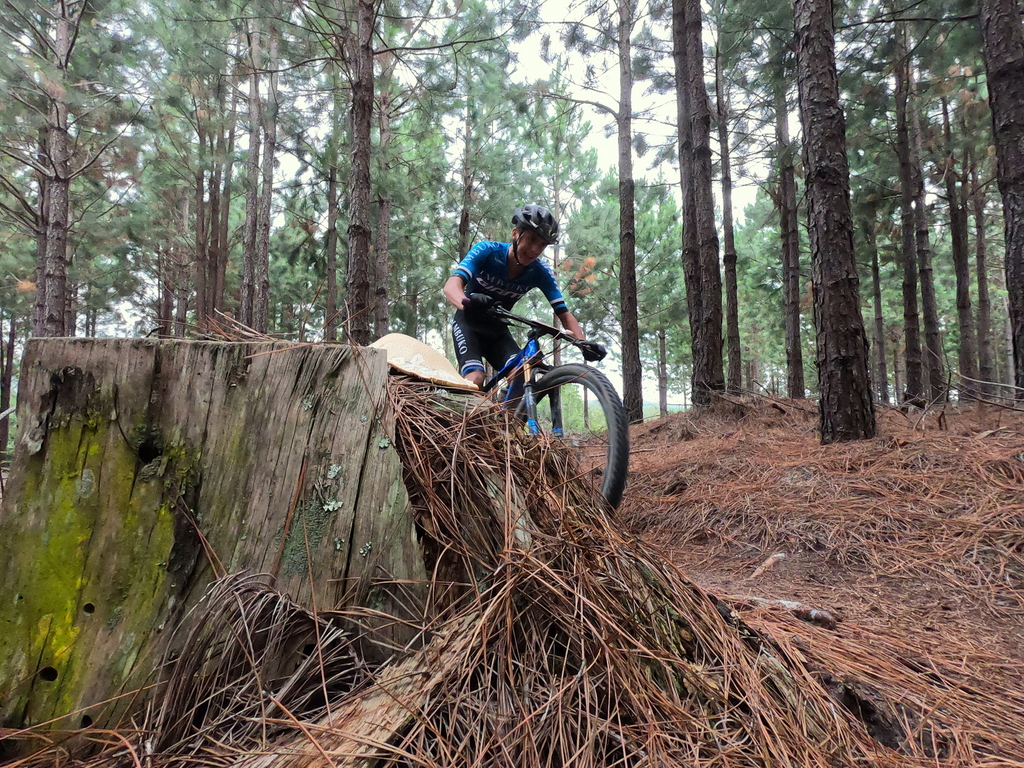 Tristan Nortje on his way to second over and victory in the Young Bulls category. Photo by Seamus Allardice.

Beers’ winning time of 2 hours, 13 minutes and 56 seconds was enough to extend his general classification lead by 10 minutes over Kevin Evens in second. Justin Tuck, of the Gear Change, who finished third on the stage; remains second overall in the category. The race leader’s advantage over Tuck is 13 minutes and 25 seconds.

Nortje’s ride to second overall in on the stage was enough to secure him the Young Bulls stage honours. Liebenberg, who is still recovering from a stomach bug which laid him low for the opening round of the South African XCO Cup the weekend before, finished second. While Wessel Reelinghuys finished third on the day. Nortje’s general classification advantage stands at 6 minutes and 9 seconds. 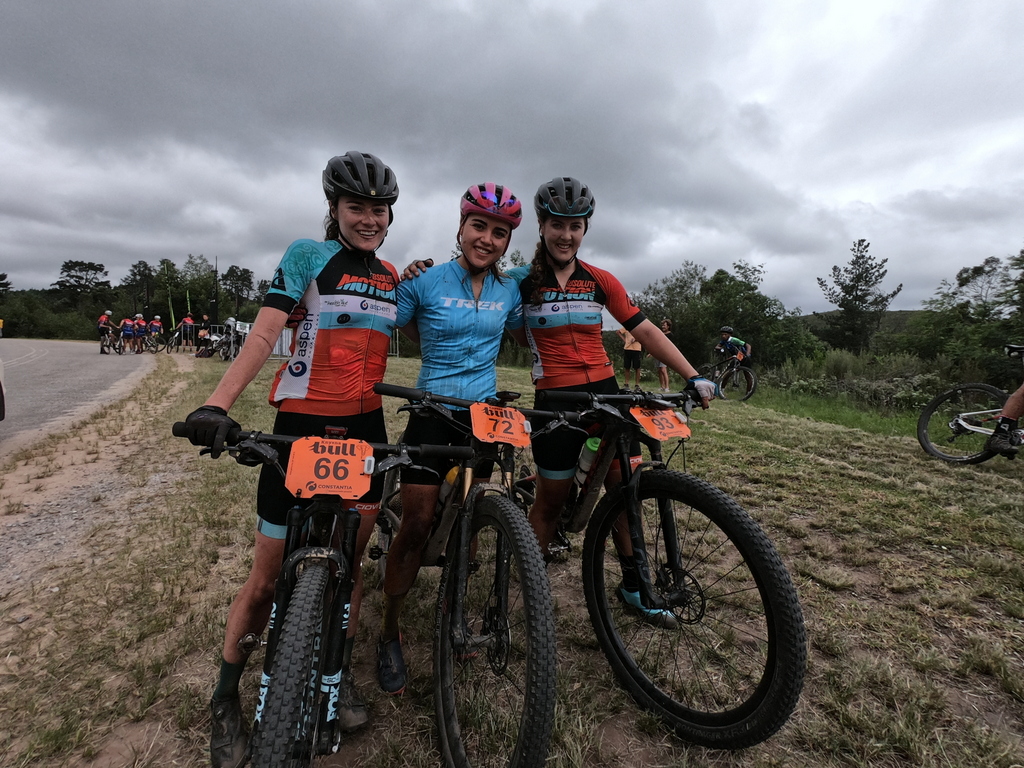 The Young Bulls Women’s category saw Danielle Strydom take a comprehensive stage win. “I really enjoyed the track today” the Trek rider enthused. “You could trust every corner. The singletracks were super smooth and enjoyable.” Recounting on how the racing unfolded among the Under 23 women she added: “We rode together for the first 20 kilometres. Then, Frances [Janse van Rensberg] and I broke away on a steep singletrack climb, with Sabine Spitz. It was so cool to ride with Sabine! From then on it was just Frances and I until about 25 kilometres to go, when I attacked again on a climb. I raced the rest of the way on my own, trying to stay as mentally strong as possible because the wind was tough. Towards the end I was praying for the finish.”

Strydom was followed across the line by the Absolute Motion pair of Janse van Rensburg and Christie Hearder. She now leads the category by just under 6 minutes, over Hearder.

Stage 3 of the Knysna Bull, made personal by Constantia, starts in the Harkerville Forest. The 53-kilometre route features 1 050 metres of climbing and finishes above Knysna Lagoon, 8-kilometres from Waterfront race village. Mountain biking fans can follow the action live on the event’s Twitter, @knysnabull, and Instagram, @knysnabull, handles. The racing resumes at 08:00 on Friday morning. 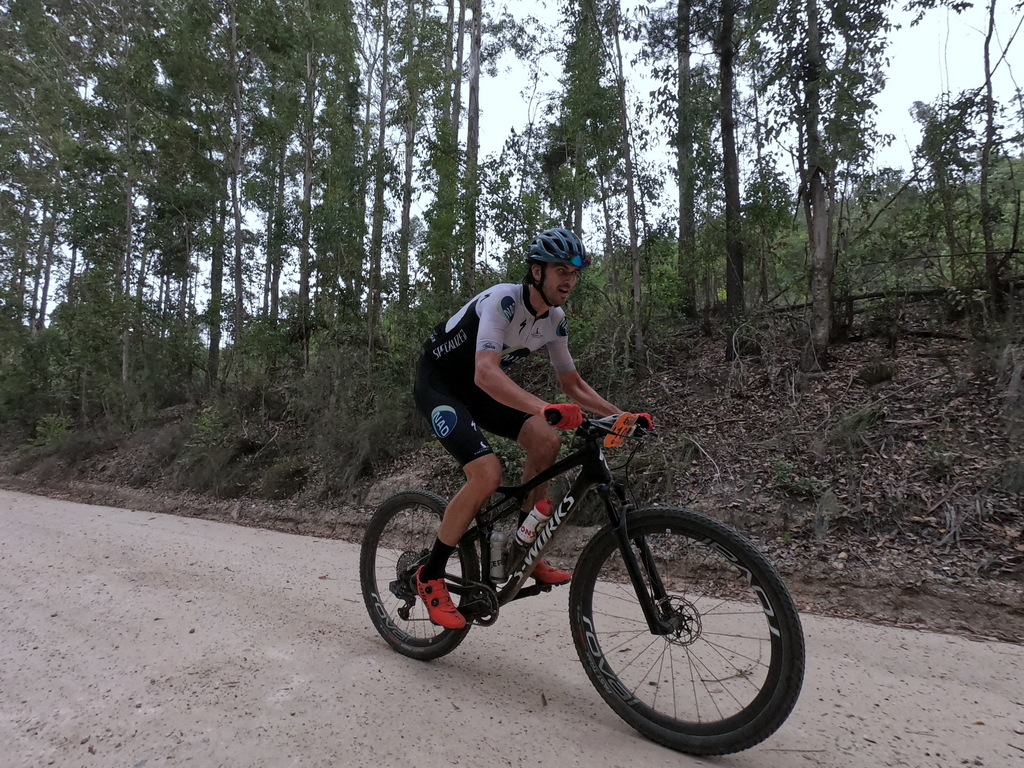 Matt Beers, of NAD Pro MTB, won Stage 1 of the Knysna Bull, made personal by Constantia, on Thursday. Photo by Seamus Allardice. 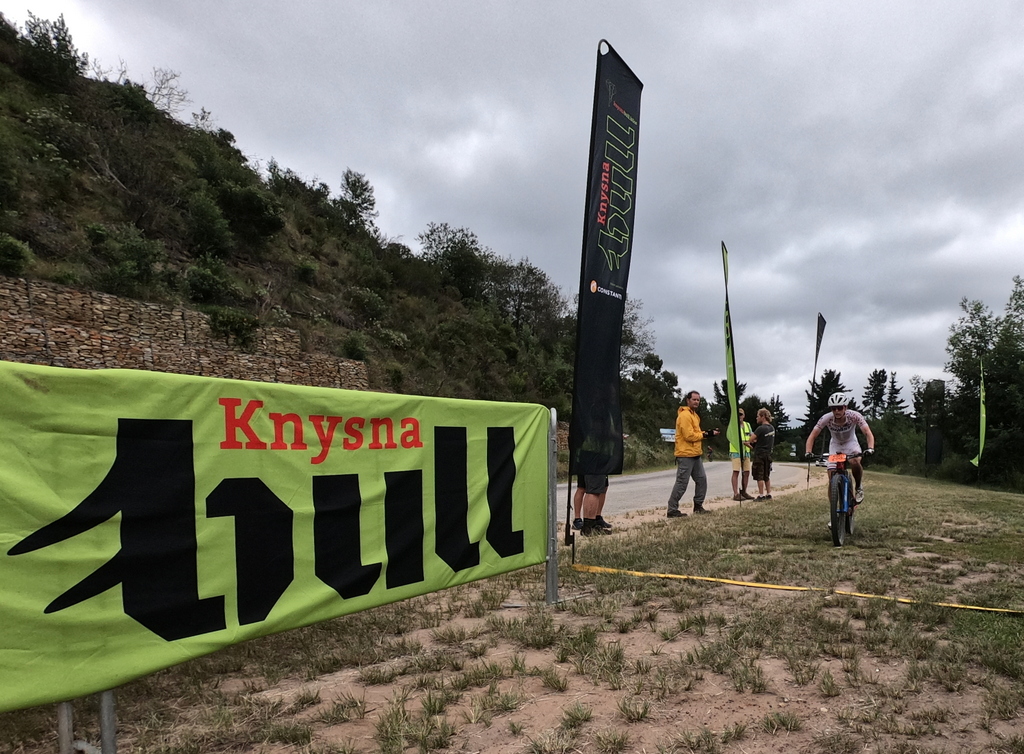 Anne Terpstra, of Ghost Factory Racing, raced to her second stage win of the Knysna Bull, made personal by Constantia. Photo by Seamus Allardice.