The 2020 Knysna Bull, made personal by Constantia, concluded on Saturday. Matt Beers, Anne Terpstra, Tristan Nortje and Danielle Strydom all wrapped up their respective category titles with stage victories; though Terpstra’s was shared with her teammate Barbara Benko. Having taking in 4 days of racing, though the heart of the Garden Route from the 19th to the 22nd of February, there could be no arguments that the champions were worthy winners.

Terpstra and Beers each rode away with a cheque for R100 000. Nortje and Strydom meanwhile earned R10 000 each for their efforts. While the rest of the top 5 riders in the Young Bull Men’s and Women’s categories all earned prize money too. 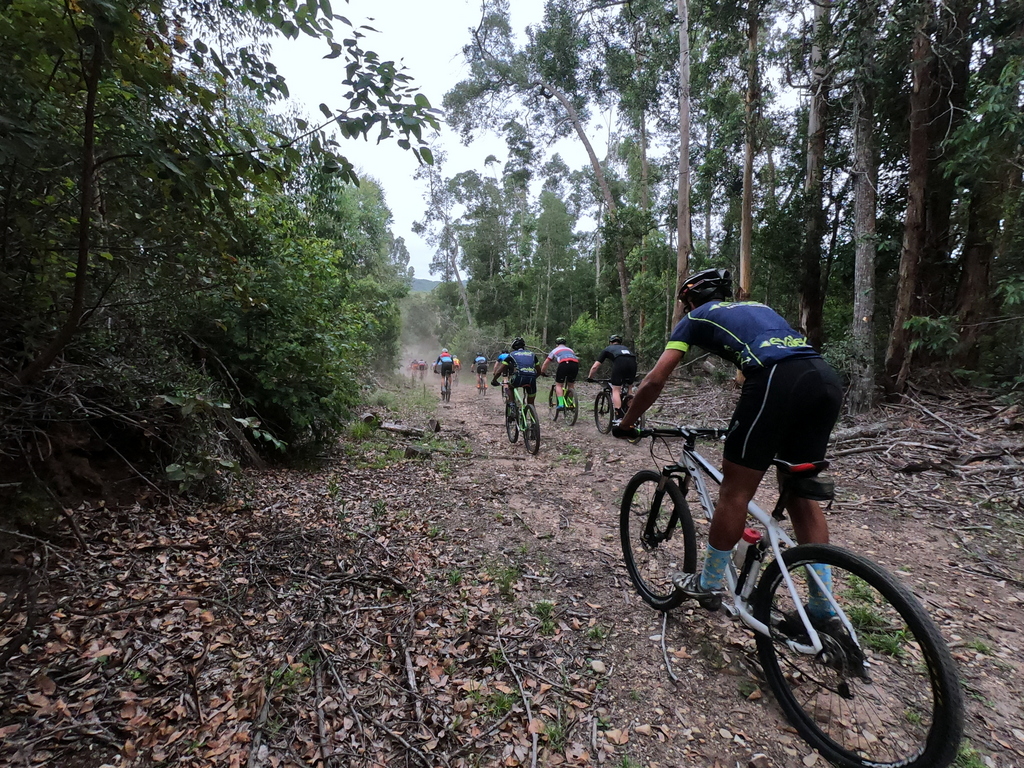 In the men’s race Beers was once again in a class of his own. The NAD Pro MTB star spent much of the stage on his own, time trialling through the 52-kilometre stage. Having won all three previous stages, he completed a clean-sweep of Knysna Bull, made personal by Constantia, stages. Beers crossed the line in 1 hour, 56 minutes and 48 seconds; 10 minutes and 45 seconds ahead of Rogan Smart. Justin Tuck crossed the line third.

Tuck’s efforts over the 4 days earned him second place overall, 34 minutes and 32 seconds down on Beers. Behind him Smart leapfrogged David George to secure the final men’s podium spot. The young rider from Plettenberg Bay is in his first year in the elite category, after stepping up from the Young Bull competition last year. 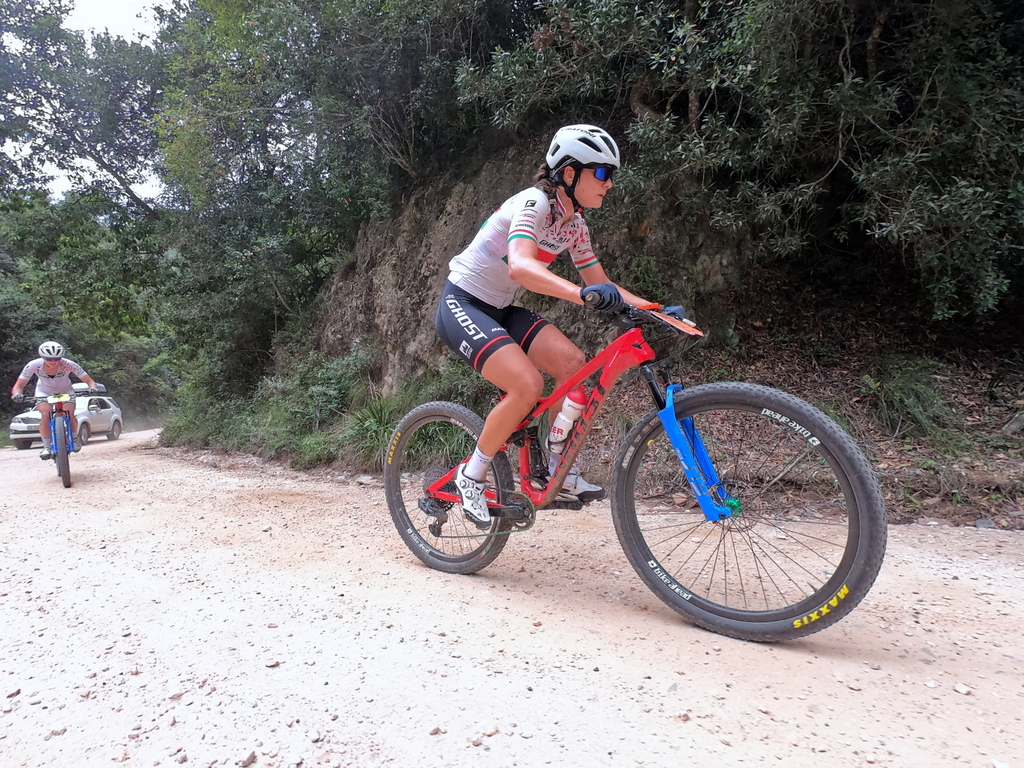 Barbara Benko had her best day of the race, leading alongside her Ghost Factory Racing teammate, Anne Terpstra, for the entire stage. Photo by Seamus Allardice.

Terpstra secured the women’s title by rolling across the final finish line alongside Benko. The Ghost Factory Racing pair crossed the line, arm-in-arm. “The competition was tough at the Knysna Bull, made personal by Constantia” the champion revealed. “It was great to have four such strong women racing together. We tried to push each other, but also enjoy the trails. I was fortunate to have established a little bit of a lead on the opening two days; so, I was able to race more conservatively on the last two days.”

Terpstra’s general classification margin of victory was 4 minutes and 34 seconds over her teammate. Robyn de Groot, who had started the day in second overall, suffered a fall on the final stage and lost nearly 7 minutes. The dormakaba women slipped to third overall, 9 minutes and 14 seconds behind the Dutch race winner. 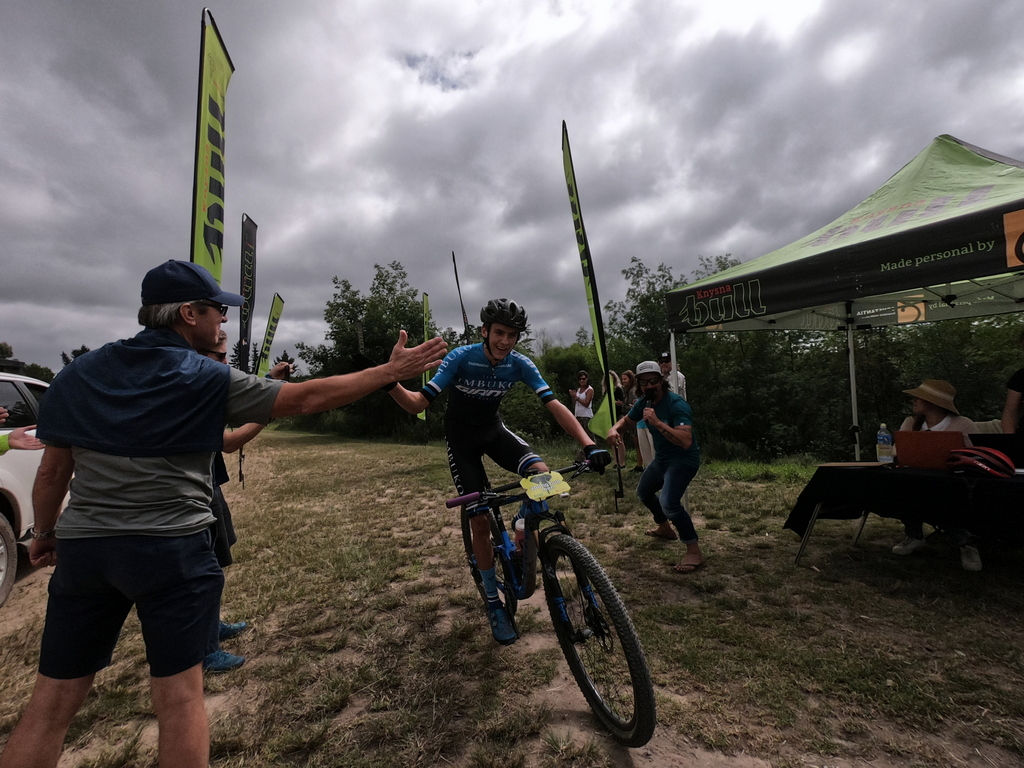 Tristan Nortje received a finish line high five as he wrapped up the Young Bull title. Photo by Seamus Allardice.

In the Young Bull men’s category Tristan Nortje secured a perfect 4 stage wins from the 4 stages. At only 18-years-old the Imbuko Giant is certainly a rider to watch, besting the reigning U23 South African cross-county champion, Henry Liebenberg, by 15 minutes and 26 seconds on the final general classification standings.

Liebenberg still took home R7 500 as a handy consolation prize. Which is a handy boost; considering he was struggling with the after-effects of a stomach bug, when he arrived at the race. dormakaba’s Wessel Redelinghuys was third in the Young Bulls competition, while the Absolute Motion pair, of Brendan van Eerden and Willie van Eck, completed the Under 23 men’s expanded podium places. 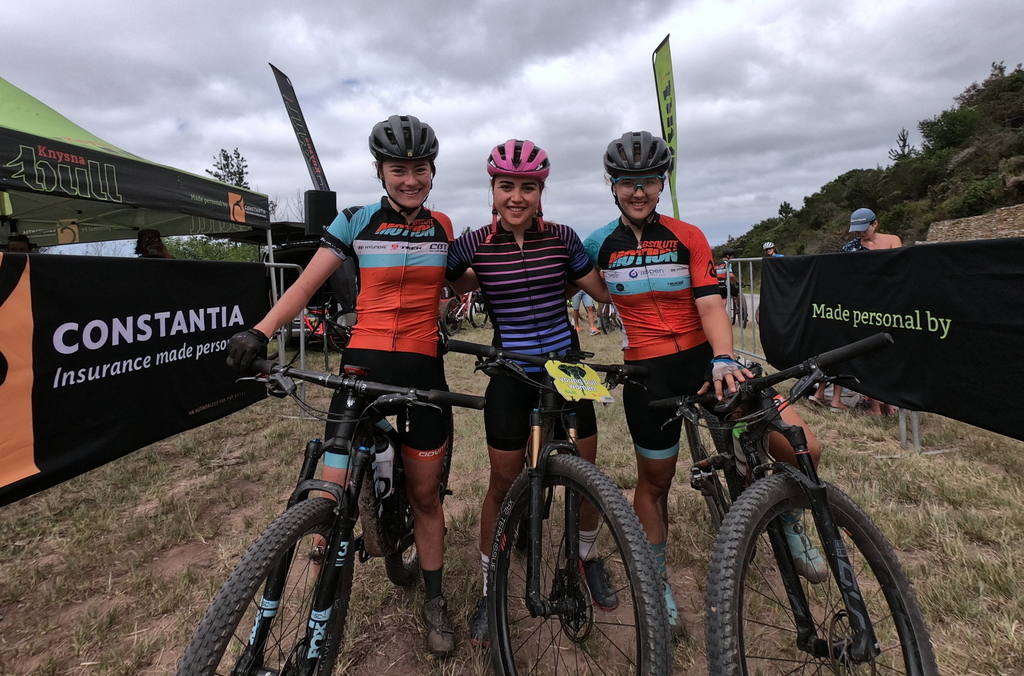 The Young Bull women’s race winner, Strydom, was elated by her victory. “Coming into the race I knew I was going to be racing against tough little ladies. We might be young but we’re mighty” the Trek rider said. “I was preparing myself for hard race and that’s what it turned out to be. I was also expecting it to be really fun. And the Knysna Bull, made personal by Constantia, delivered on that! The gees here is amazing. You suffer so much, but the trails here are amazing; they make you forget about your legs burning.”

Strydom’s final margin of victory was 11 minutes and 3 seconds; over Absolute Motion’s Frances Janse van Rensburg. Courteney Webb was third on the Under 23 women’s general classification, while Christie Hearder and Amy Tait were fourth and fifth respectively. 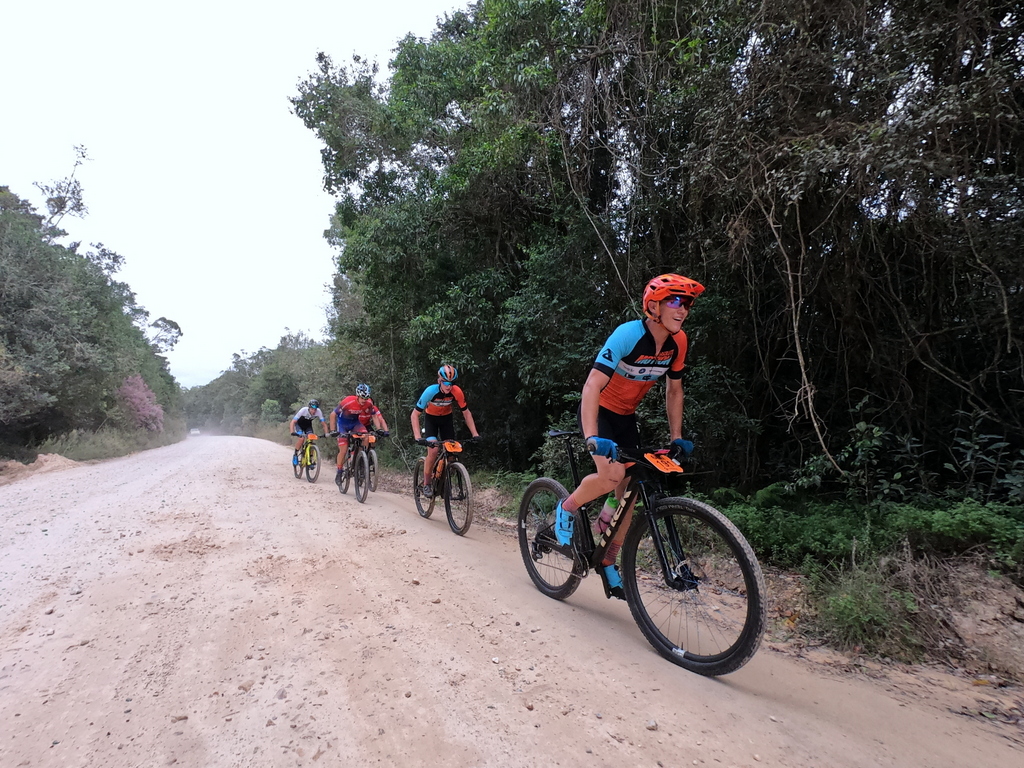 The Absolute Motion squad was well represented in both the men’s and women’s Young Bull competitions. Photo by Seamus Allardice. 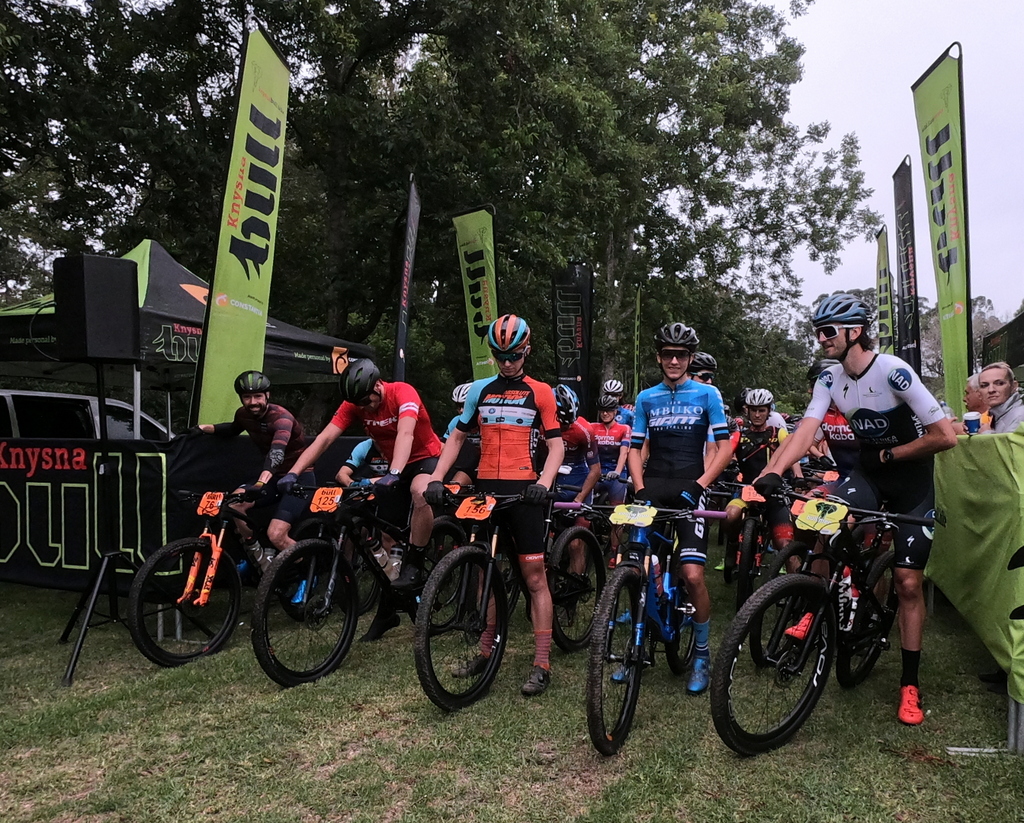 David George (left) and Justin Tuck (second from left) were instrumental in animating the racing behind Matt Beers as they fiercely contested the minor men’s podium places. Photo by Seamus Allardice. 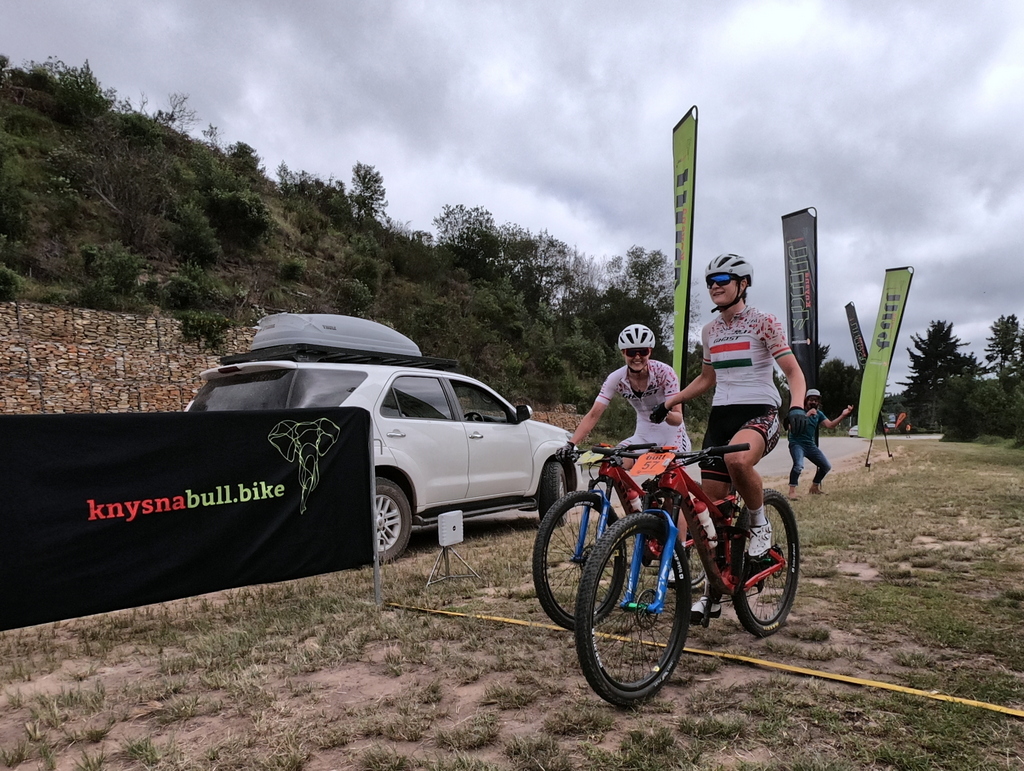 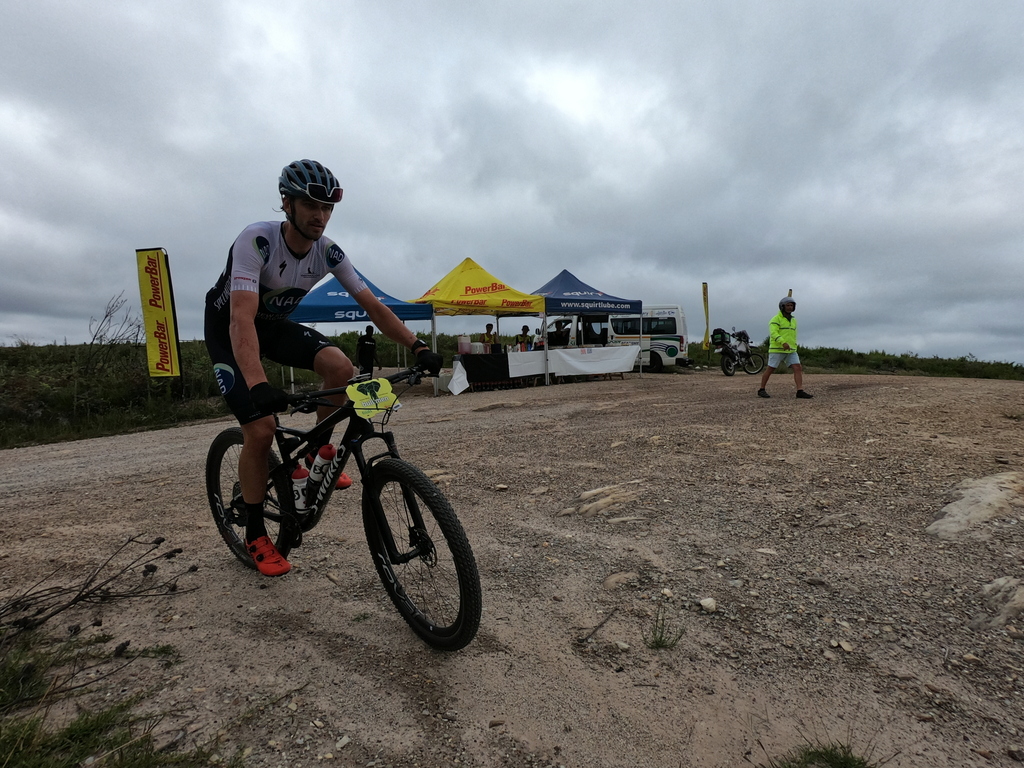 Matt Beers spend most of the final day on his own, time trialling to stage victory. Photo by Seamus Allardice.

Read more about the Knysna Bull, made personal by Constantia: Prologue | Stage 1 | Stage 2