With gale force winds and a late season cold front blowing into the Western Cape, over the Heritage Day long weekend, the SHEveresting women brought their Everesting attempt forward. Making use of the public holiday and the only day of fine weather 11 women set out at 4:30am – on Thursday, 24 September – to achieve their goals of ascending to either 8 848 or 4 424 metres. If they reached those targets, they would complete a full- or half- Everesting, so called due to their total elevation gained being the height of Mount Everest.

The hill they had chosen for the feat was Rotary Way climb, in Hermanus, which would require them to cycle 66 laps. Up and down, repeatedly, over the course of the next 20 or so hours. Only one activity, submitted to the keepers of the Everesting records Hells 500, completed on one hill is eligible for entry into hall of fame. A feat that 6 of the women achieved.

It was no easy ride however. Each cyclist battled their own personal issues, experienced hunger and exhaustion induced lows as well as caffeine and adrenalin fuels highs. The tale of successful Everestings were ones of overcoming the odds. Particularly for Tegan Phillips and Tyla Setzkorn, who both endured particularly torrid moments on the road. 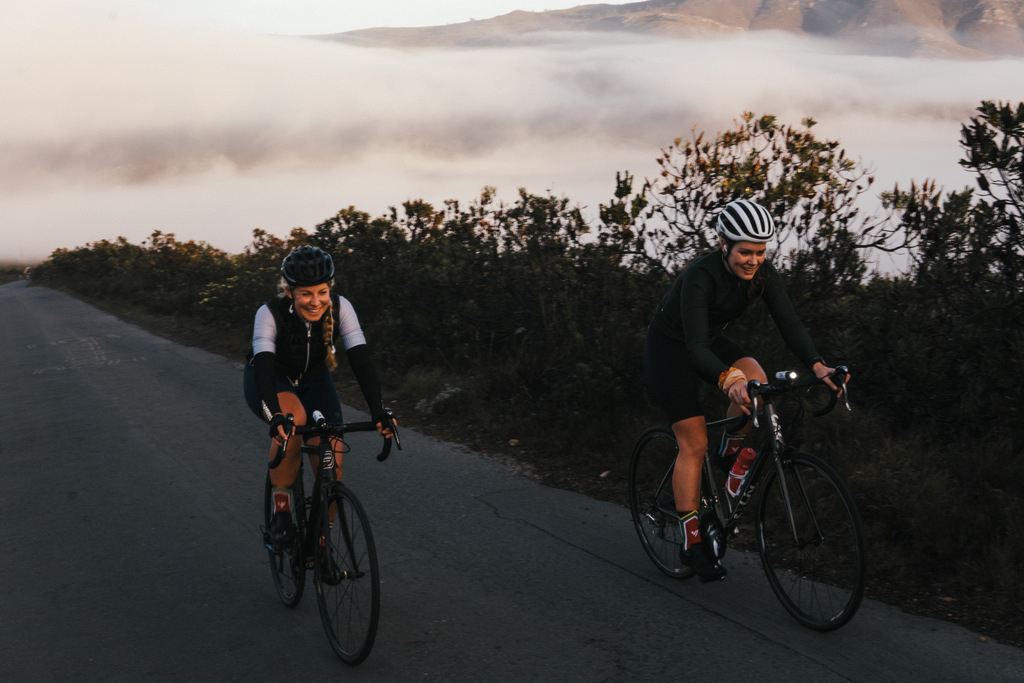 Tegan Phillips (left) and Renata Bossi (right) are the co-founders of the SHEveresting challenge. Photo by Rae Trew-Browne/Outlaw Media.

Only Marisa van der Linde, arguably, made the task look easy. Having flown down from Pretoria for the SHEveresting attempt she was undoubtedly the most prepared athlete in the group. Van der Linde is the 2019 South African age-group champion on the road in the time trial and off-road in the cross-country discipline. Those results highlighted her racing pedigree, but it was her mental fortitude which saw her through the 14 hours and 53 minutes of riding and to a new South African women’s Everesting record.

Van der Linde set out at a steady pace and hardly seemed to flag as the day progressed. Her pre-ride fuelling strategy spoke of experience with stage and ultra-distance races, like the 36ONE MTB Challenge. Even through the heat of the day she lapped with metronomic efficiency and only missed the chance of finishing in daylight due to the need to complete a final, safety lap. As EF PRO Cycling’s Lachlan Morton illustrated in June, one does not want to climb all that way only to fall a few metres short upon final reflection due to a GPS over-estimating the elevation gained. 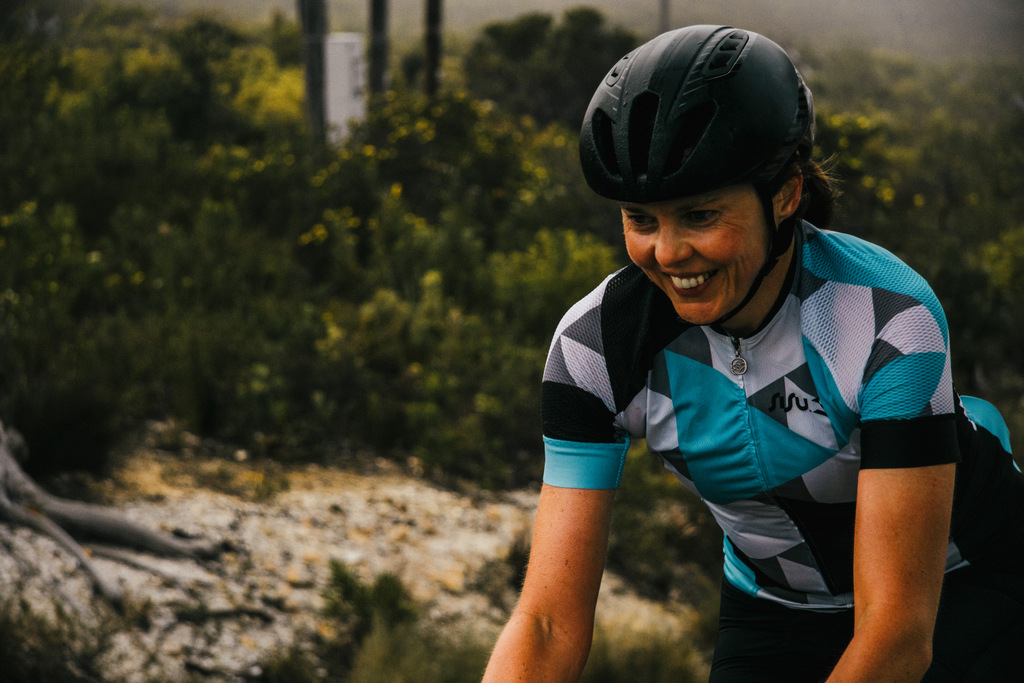 The next rider to finish was Carrie van Rensburg. Van Rensburg’s time was 16 hours and 26 minutes. Though she had been forced to grit her teeth and power though a few low moments her ride had been relatively drama free. The same could not be said for Phillips and Setzkorn.

On her penultimate lap, with a fading bike light, Setzkorn endured a high-speed crash. A rabbit bound into the road ahead of her as she descended, to the turning point, at over 70-kilometres per hour. Her speed, fatigue and lack of peripheral vision – caused by the narrowing of her headlight – meant there was no way she could avoid the rabbit. Setzkorn’s crash left her with large contusions on her quadriceps and multiple abrasions. 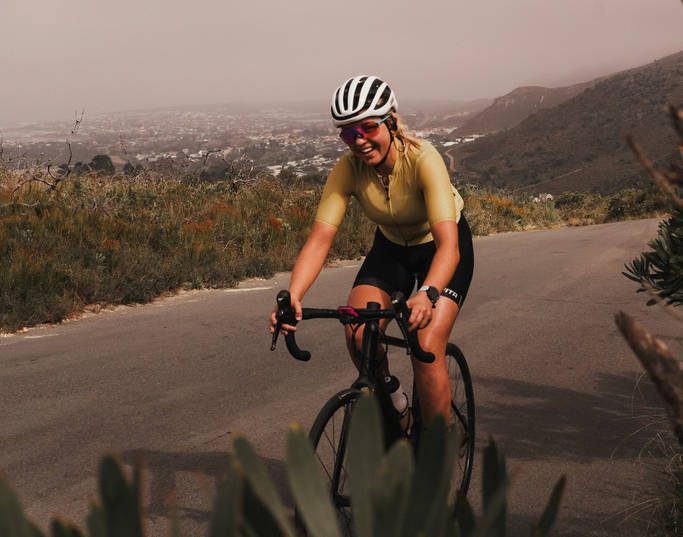 Her bike was worse off however. A broken rear derailleur and bent brake hoods meant she had to wait for Phillips to finish her final lap in order to complete the ride on her fellow SHEverester’s bike. The fact that Phillips was at that stage nearing completion herself was testament to her mental strength.

Phillips had started the day noticeably off her usual form. Within a few laps it became clear that the co-founder would struggle to finish. Eventually after enduring a few hours of low blood pressure she took a break from riding. An hour’s nap did her wonders however and when she got back on her bike, she soon established a strong rhythm. Having overcome the trials of the morning, Phillips managed to reach the height of Mount Everest in a time of 16 hours and 52 minutes.

She then passed her bike on to Setzkorn, who completed her final lap and the Everesting challenge in 17 hours and 9 minutes. That left the sisters, Bianca and Cally Silberbauer still riding. They were the only riders taking on the full Everest challenge on mountain bikes. 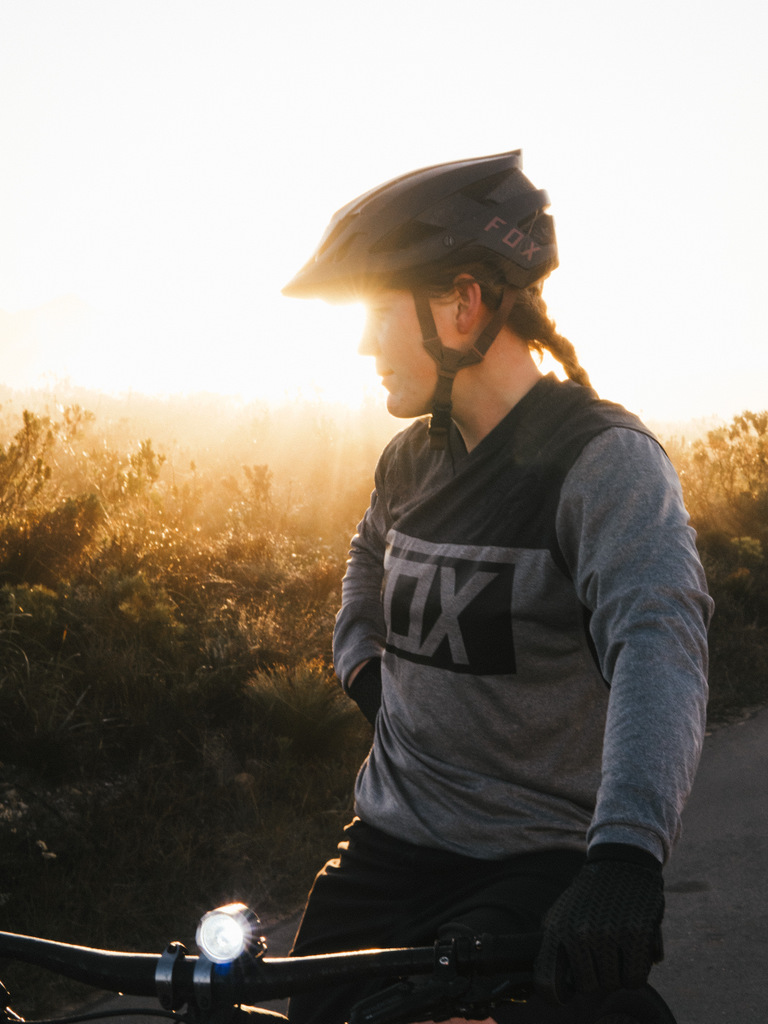 Earlier in the day Frankie du Toit had completed a half Everest on her Trek Slash, long-travel, mountain bike. Michaela Lubbe had also started the SHEveresting challenge on a mountain bike, but sadly she had been forced to cut her full Everest attempt short, due to a knee injury, after ascending 5 381 metres. Lubbe was not the only rider who had been forced to downscale from the full 8 848 metre goal, but those that did so all achieved the half Everesting target. Catherine Colyn had set out in pursuit of the South African women’s record and aiming for a top 10 time globally, but a strained hamstring put pay to her hopes shortly after the half Everest mark. Colyn’s pace, had she maintained it would have put her in line for a sub-12-hour Everest. Marike van Niekerk made it to 6 323 metres before injury put a stop to her efforts, agonisingly close but still hours of riding though searing back pain away from her ultimate goal.

Renata Bossi, co-founder with Phillips of the SHEveresting initiative, also completed a half Everest. It had been her aim from the outset to climb 4 424 metres in order to preserve her energy for the long night of supporting. That transpired to be a wise decision as the evening shadows grew long and darkness set in.

Lapping minutes per 1.76 kilometre climb slower than their compatriots, due to their heavier and less efficient mountain bikes the Silberbauers simply had to just keep riding. Ensuring they had enough battery power for their bike lights became the biggest challenge, especially after Setzkorn’s collision. 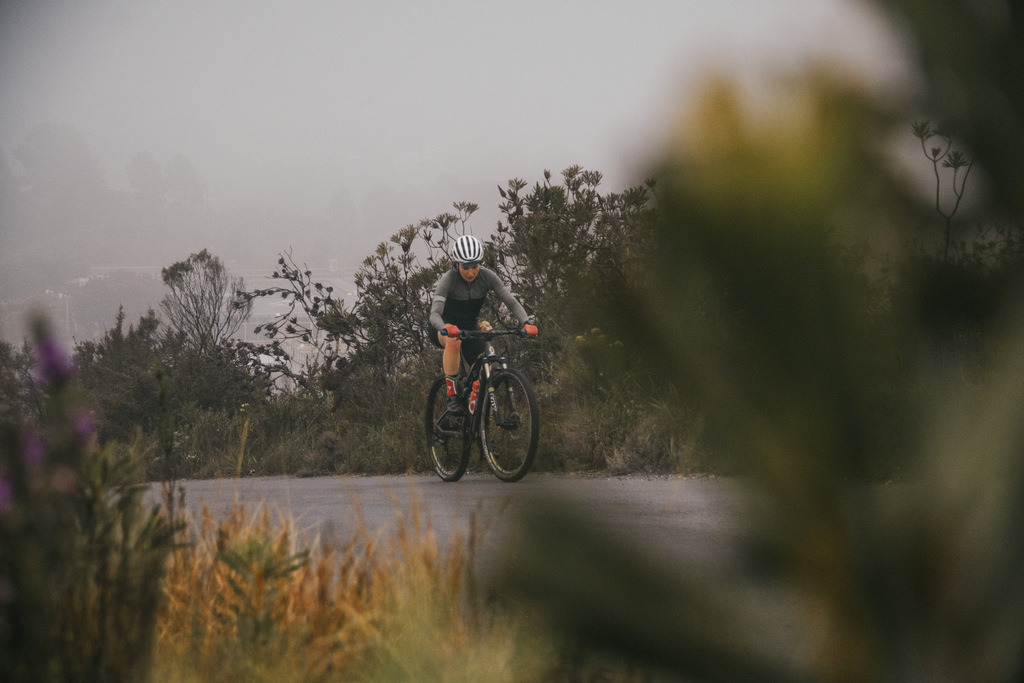 Bianca Silberbauer was the first of the sisters to finish, after 18 hours and 29 minutes. Her sister, Cally, continued on for a further hour and a half, eventually completing her ride at 01:30. Her time of 19 hours and 53 minutes illustrates the fortitude required to complete an Everesting challenge. Though the experience did little to dent her or any of her fellow SHEveresters’ enthusiasm for the task. They will undoubtedly be seeking to better their personal bests soon.

“It was an incredible experience” Bossi confided. “To be honest it’s difficult to put into words what you go through riding up and down the same hill for hours on end. I’m sure I speak for everyone when I say we couldn’t have done it without all the support we received and the inspiration of knowing we were riding for a good cause. I’d like to thank Biogen, Wintergreen Sports and Versus Socks specifically for their support. Without the Biogen sports supplements and Wintergreen recovery balms the riding would have been far, far harder. Versus’ donation of South African flag socks brought a nice Heritage Day feel to the ride, as did the braai Carrie and Marike’s husbands had at the top of the climb as the sun set.”

“The support of friends and family members meant that we could just focus on riding our bikes” Bossi thanked. “I’d like to thank everyone who came out to cheer us on, fill bidons and hand us food, so we didn’t have to stop unnecessarily. We also greatly appreciate the support from afar, which we receive via WhatsApp and on social media. Those words of encouragement and the kind donations to Khaltasha Cycles made a massive impact. In total, thus far, we have raised over R40 000, including R8 848 from Ciovita to match the target height. That money will now go to purchasing bicycles and safe cycling starter kits in order to get more women from historically disadvantaged areas on bikes.” 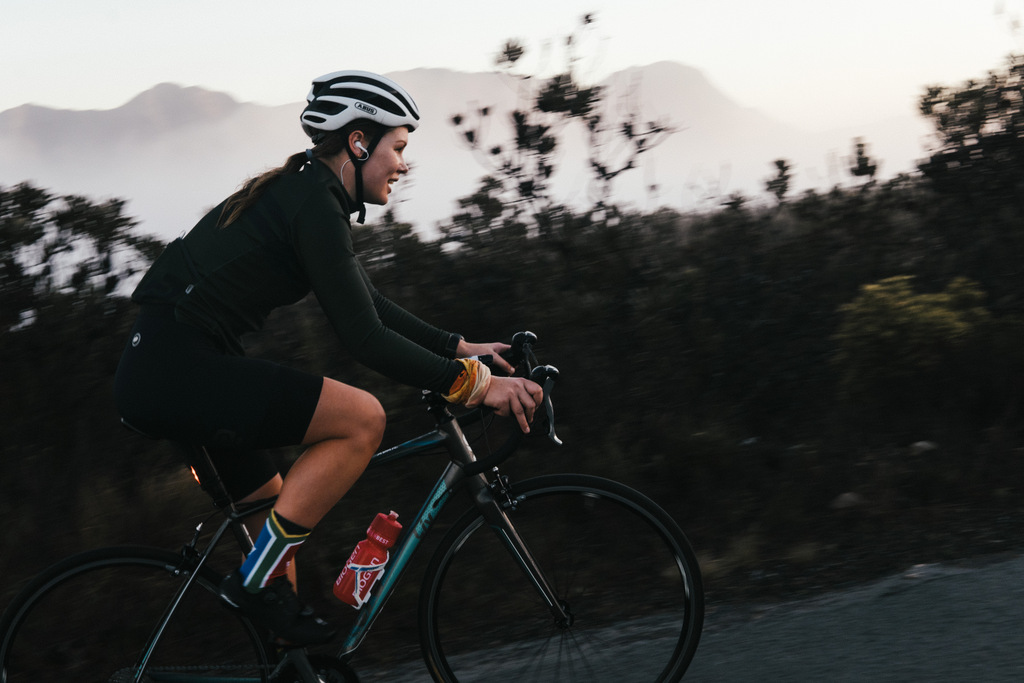 Fans who followed the inaugural SHEveresting attempt are encouraged to continue following the women on Instagram, @sheveresting, and to like the SHEveresting Facebook page. News of their next challenge and for updates on their fundraising will follow in due course, along with the opportunity for more women and non-binary cyclists to join the movement. Donations to Khaltasha Cycles can also still be made via Back a Buddy: www.backabuddy.co.za/sheveresting. 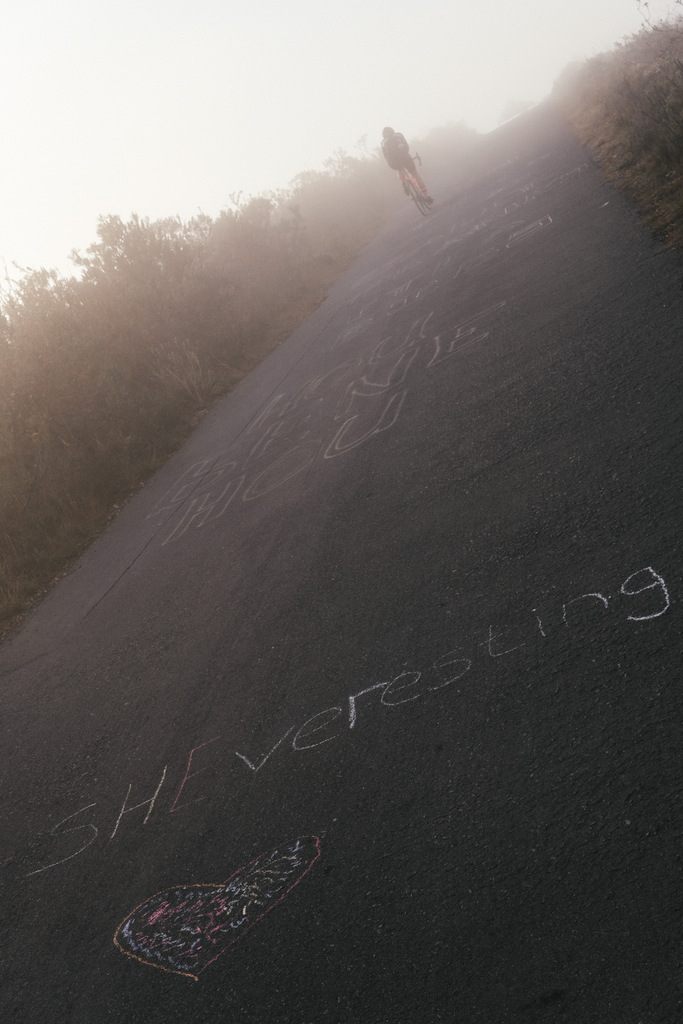 A misty morning on Heritage Day, 24 September, provided the perfect conditions to knock-off a large proportion of the climbing before the sun came out and the day got hotter. Photo by Rae Trew-Browne/Outlaw Media. 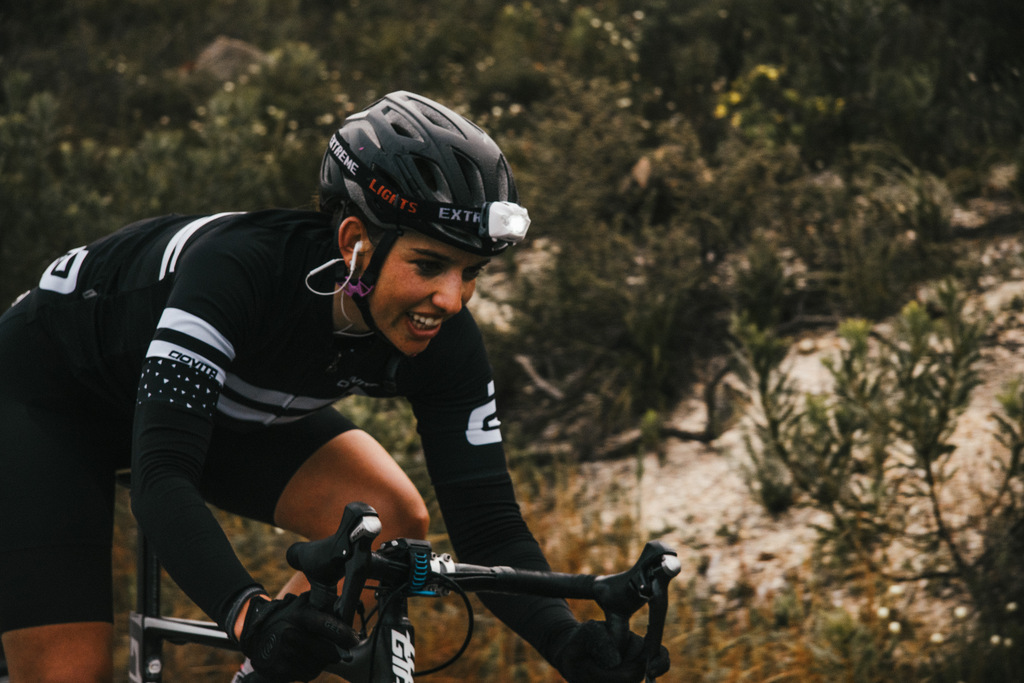 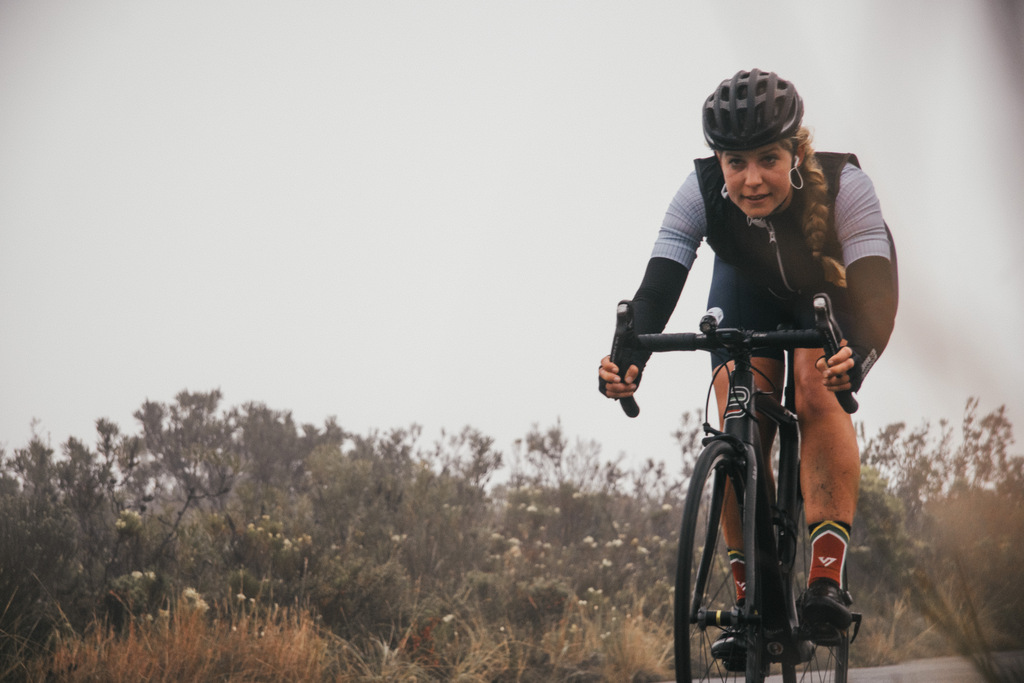 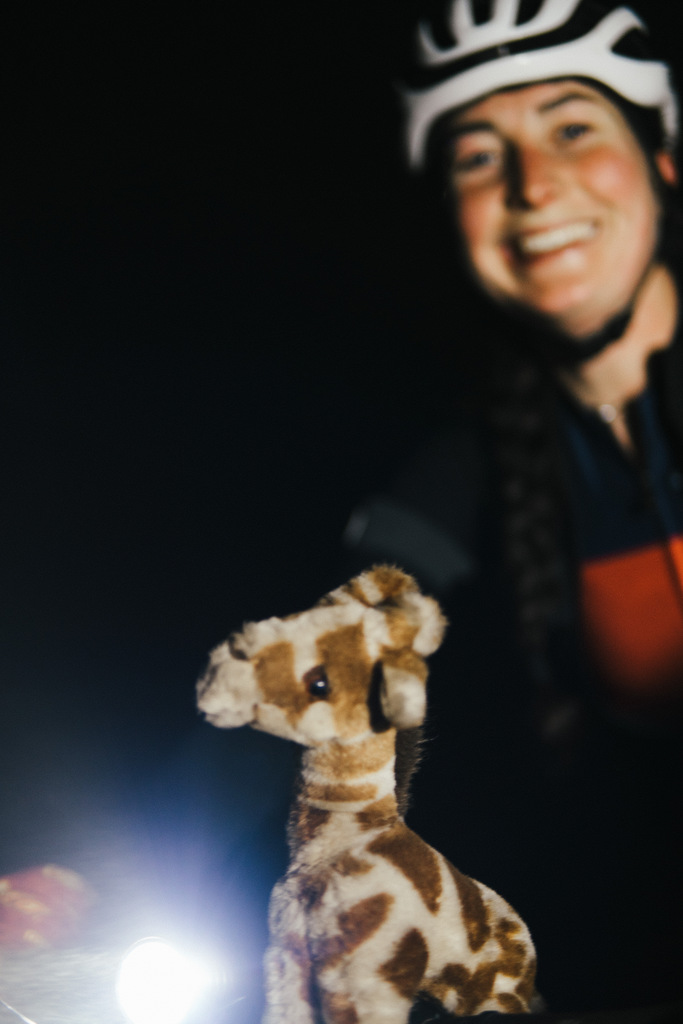 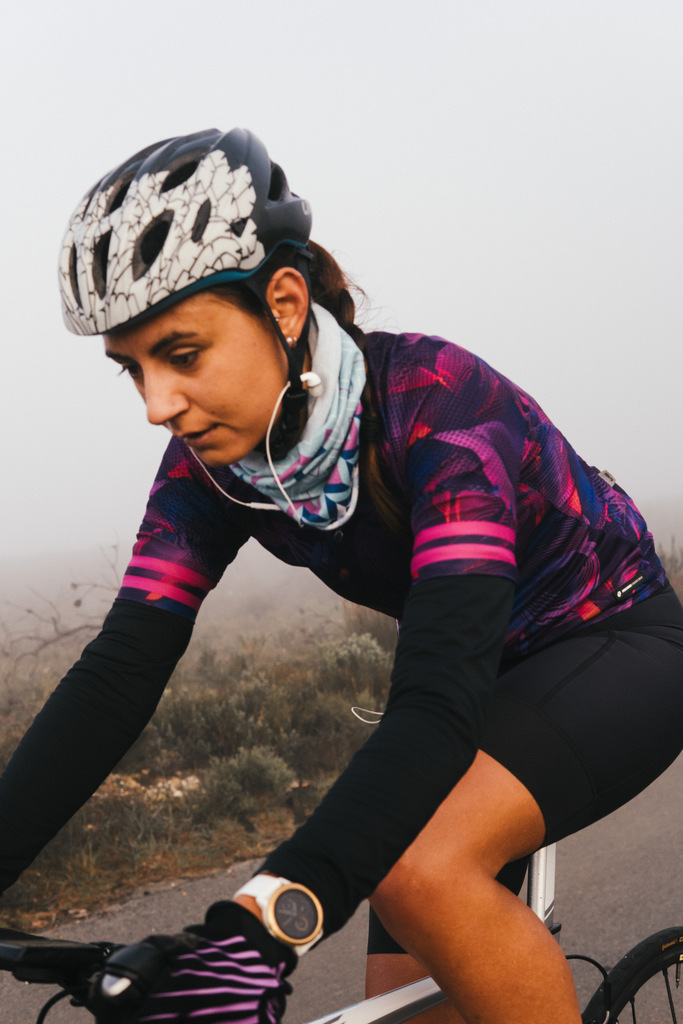 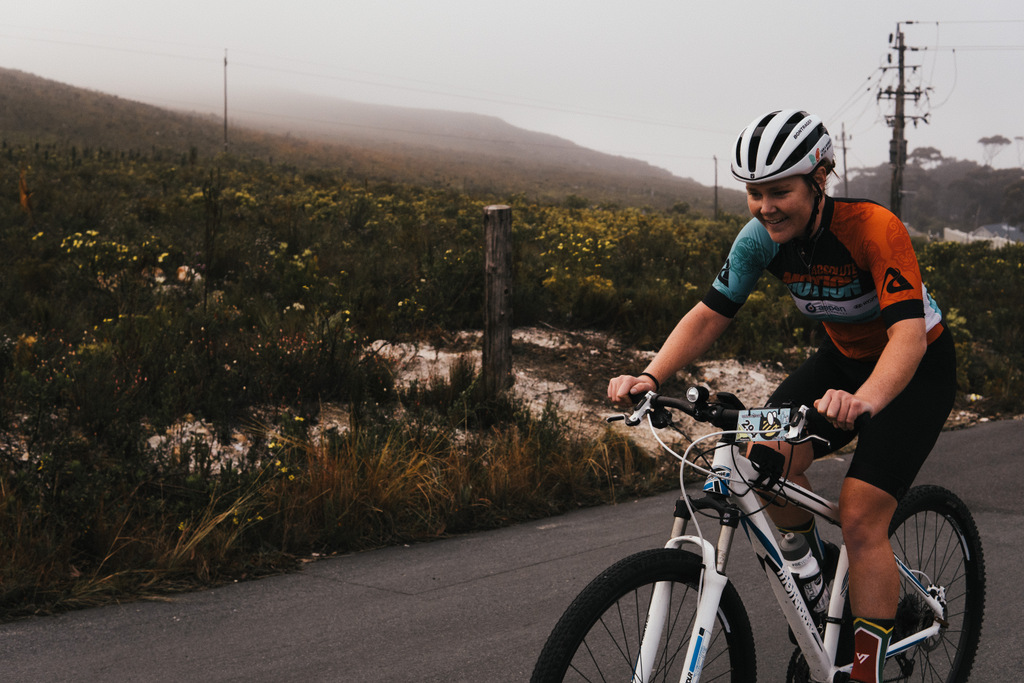 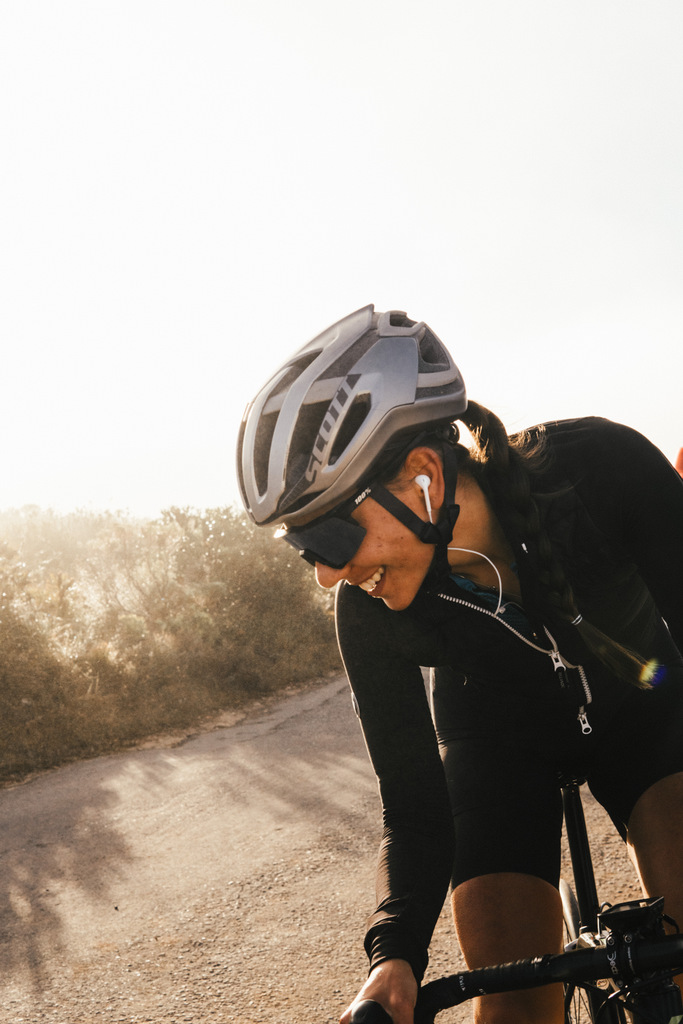 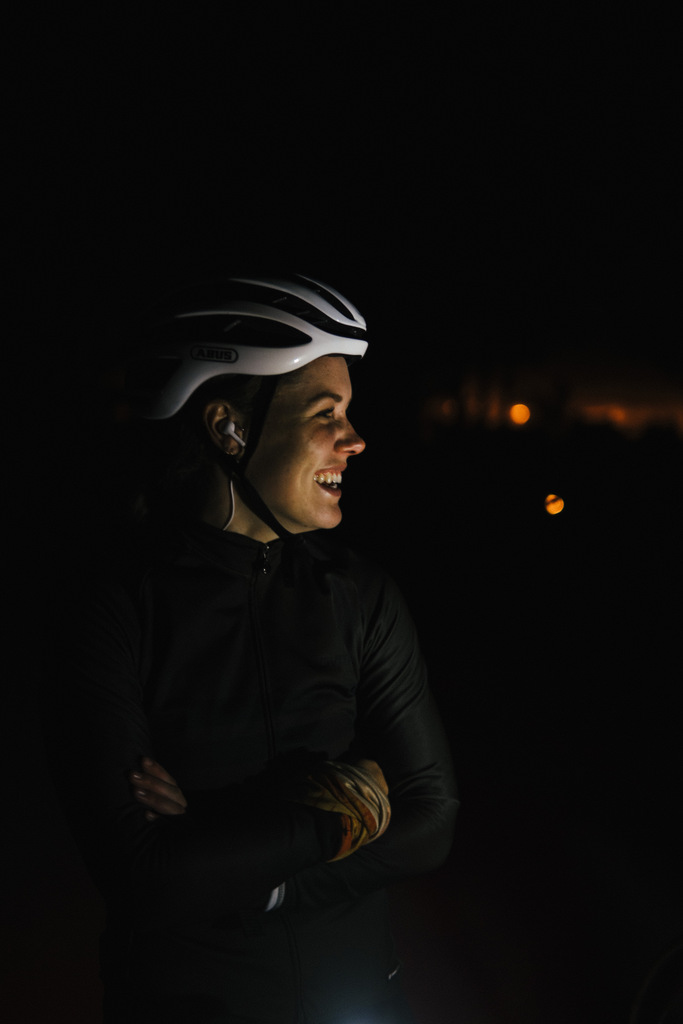