On Tuesday morning, 1 December 2020, Grant Lottering will depart from Nottingham Road, KwaZulu-Natal, on a non-stop solo ride through the Eastern and Western Cape to finish on Sunday, 6 December in the Ceres Valley, Wellington. He will have to ride day and night, climbing 22 300m and covering a total distance of 2 000km, in just 100 hours.

Every year, Grant Lottering’s Im’possible Tours involve mountains and climbing. It resembles the mountains people, and especially children, face daily. “Given what we have all gone through in 2020 with this pandemic, particularly financially and emotionally, I think it will be fitting that my #xtremeSA2020 Im’possible Tour is representative of the huge challenges we have all faced this year,” says Lottering. 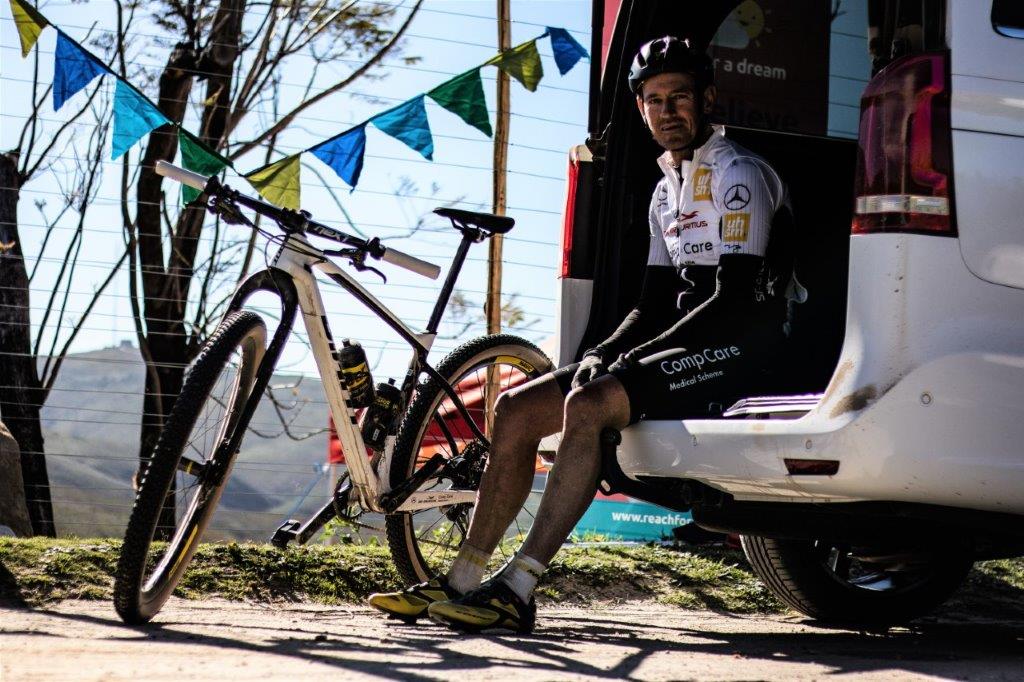 In 2019, Lottering completed his first local Im’possible Tour, #xtremeSA2019, riding 1 314km from Patensie in the Eastern Cape to Paarl in the Franschhoek Valley in the Western Cape on a mountain bike and road bike. Lottering climbed 12 200m in a total elapsed time of 74 hours, and a ride time of 66hrs 21min. With over 60 000 people following his attempt, Lottering’s 2019 Im’possible Tour was widely regarded as the most brutal solo fundraising ride ever attempted in South Africa.

Sponsored by Mercedes-Benz South Africa, CompCare Medical Scheme, Air Mauritius and UHSM Health Share (United States), Lottering will start his all-gravel, and 6th annual Im’possible Tour, in Nottingham Road, KwaZulu-Natal. Heading west towards Rhodes, he will climb over the Pitseng Pass in the foothills of the mighty Drakensberg Mountains, Naude’s Nek (the second-highest dirt road in South Africa) and Carlislehoekspruit passes, past Tiffendel Ski Resort, all above 2 500m in elevation, before winding his way down towards Cradock and Patensie in the Eastern Cape. By the time Lottering enters the infamous Baviaans Kloof toward the Karoo Town of  Willowmore, he would have already covered just over 1 000km, including 11 000m of climbing. From Willowmore, he will head down to Knysna in the Western Cape via the Prince Alfred Pass. He will then cycle to George via the seven passes road – a 75km long trip that takes you past seven gorges cut deep by rivers flowing to the sea – and then on to Prince Albert over the famous Montagu Pass. Lottering will head on to Meiringspoort before facing the brutal Swartberg Pass – this after a leg-breaking 1 500km with 19 000m of climbing already in his legs. After descending the Swartberg Pass, Lottering will head towards Calitzdorp, van Wyksdorp, Ladismith and through the Karoo towards Touws River, and the Ceres Valley, to finish at Imbuko Wines in Wellington. 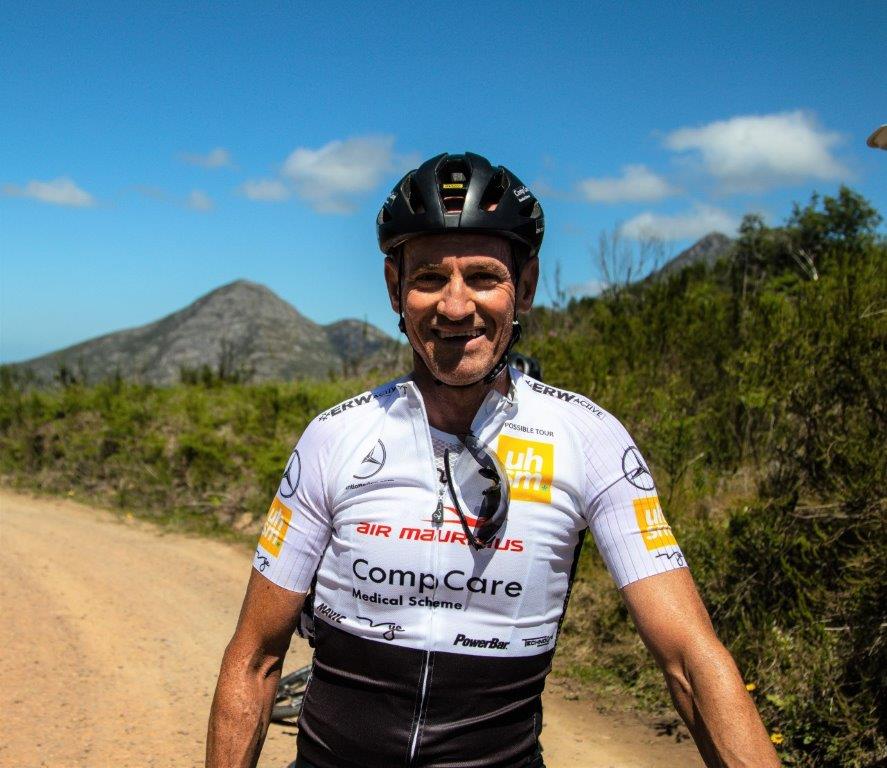 Grant Lottering will be aiming to ride 2 000km in 100 hours. Photo by Max Sullivan.

Lottering, who founded his first Im’possible Tour following a near-fatal cycling accident during a race in Italy in 2013, and was told riding a bike again would be near impossible, hopes that what he will be attempting on the bike will give people a renewed inspiration to be resilient, to persevere, believe and never to give up.