The competition is hotting up for the women’s race at KAP sani2c later this week, as Robyn de Groot and Amy McDougall have teamed up at the last minute, and the men’s field has the best of SA men’s mountain biking lining up, on form and ready to race.

The PYGA Euro Steel team has confirmed that Matthys Beukes will be paired with Gert Heyns, and Philip Buys will ride with Pieter du Toit.

Buys says: “I had to take five days off just before Marathon Champs with a cold. Gert and Matthys proved to be the strongest in Paarl so we made the decision that they should ride together.

“The whole team is excited for sani. It will be our first stage race with our full crew in quite a while. Competition this year seems quite fierce, everyone seems to be in great shape, but I am confident that our team will be challenging for the win. We are coming with two really capable teams and in my opinion either one can take the win. It will definitely make for some exciting racing.”

2021 Marathon Champ Matt Beers will be riding with Wessel Botha for Team TypeDev NanoTime, and is looking to take the sani2c win again, having won it with Nico Bell in 2018. Teammate Nico Bell will be riding in the Solo category.

Beers says: “I think we are going to have a quite a stacked field. The main guys to watch are Rudi Koen and Marco Joubert from Umbuko Giant, they are strong. Then Nicol Carstens and Jacques Janse van Rensburg from DSV will be good, and obviously PYGA Euro Steel. Insect Science’s Arno du Toit and Keagan Bontekoning will also be a team to beat. 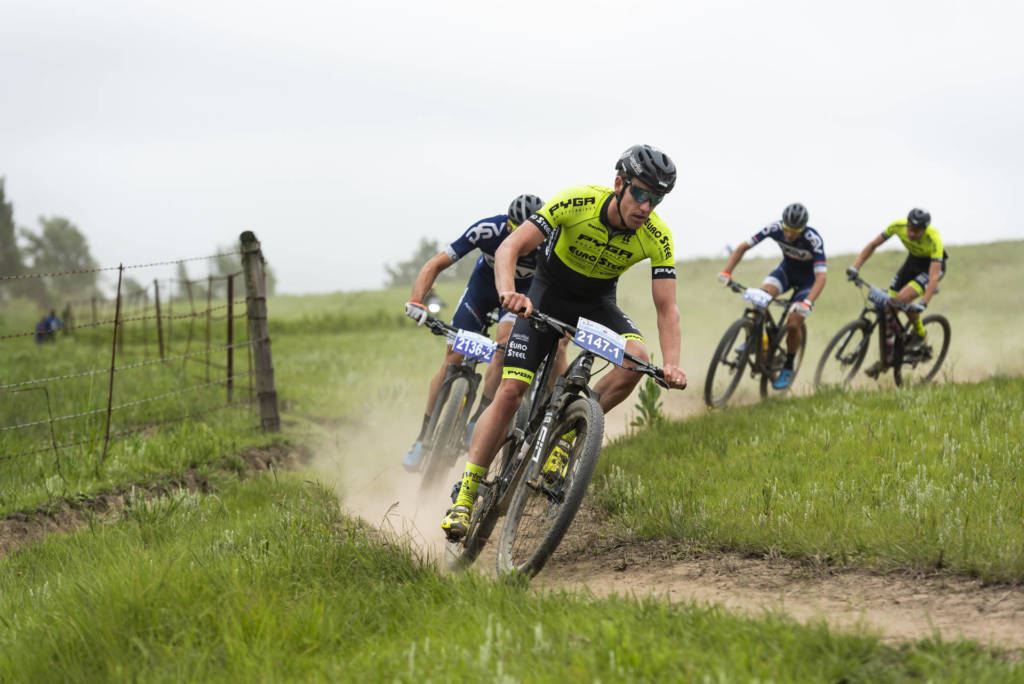 I think we have a good chance of winning. A lot can happen in three days but Wessel and I have raced together and won multiple times. We have a lot of faith and trust in each other’s abilities. The course suits Wessel, although he has not done the route so I will have to talk him through it. Looking forward to a good race; excited to do sani2c again having missed it last year.”

Insect Science Mountain Biking’s  Arno du Toit and Keagan Bontekoning are in good form with du Toit having taken third at Marathon Champs and Bontekoning first at the latest round of the WP XCO Cup.

Du Toit reckons that experience will definitely count: “sani2c is such a fast race. I know from when I was less experienced you can just blow up at sani2c and I think I can help Keagan a bit to pace himself. He is a very mature rider for his age, he has got good skills. He is aggressive and climbs quite well and is a good all-round rider. I think we are well matched and I’m looking forward to partnering with him.”

On the stiff competition at sani2c this year, du Toit says: “Matt is obviously a power house and Wessel is a big powerful rider too, so definitely a team to look out for. The whole level of SA mountain biking has gone up and there are a lot of young riders coming up through the ranks. The PYGA Euro Steel set up is very strong, both their teams could take the win, and Matthys is definitely firing on all cylinders.” 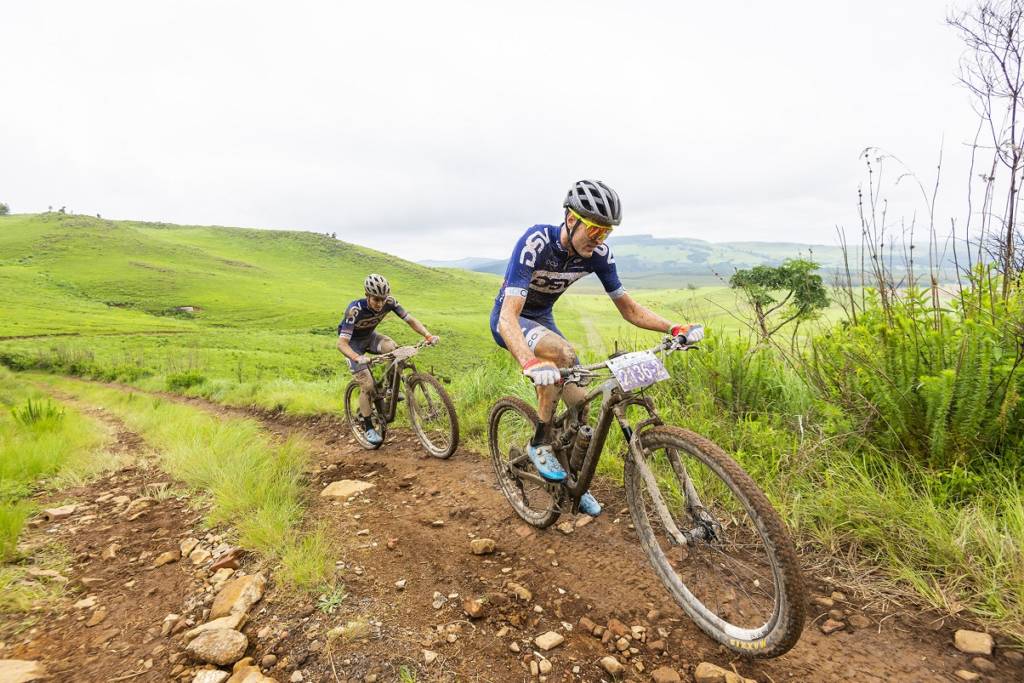 DSV Pro Cycling pair of Nicol Carstens and Jacques Janse van Rensburg finished first and third respectively at this past weekend’s Race to the Sun, and are both in good form for the race. Janse van Rensburg says sani2c suits them well as it’s not too technical and has good climbs, a strength for him and Carstens: “Matt is also good on the climbs so we will have to see what we can do. All the best mountain bikers will be there so it will be a tough competition.”

Umbuko Giant’s Marco Joubert and Rudi Koen will be racing, and Valley Electrical Titan Racing will be represented by Marc Fourie and Rob Hobson. A surprise late entry this week is that of Julian Jessop (previously PYGA Euro Steel) and Travis Barrett (winner of Cape Town Cycle Tour 2020) as team Concept Cyclery/Shesha Fuels.

Robyn de Groot (dormakaba) and Amy McDougall (Motorlease Perigon) have joined forces as team Motorlease Perigon to defend their 2020 title and will be the team to beat at this year’s women’s race.

“Robyn and I were able to partner at the last minute which I’m very happy about. We won the event last year and it will be an honour to return and defend the title. I absolutely love sani2c, the event has a special place in my heart,” says McDougall.

De Groot says: “I am super excited to race with Amy, we’ve raced many stage races together and we combine well and enjoy racing with one another. Looking forward to participating; we will give it our best shot to defend our title.” 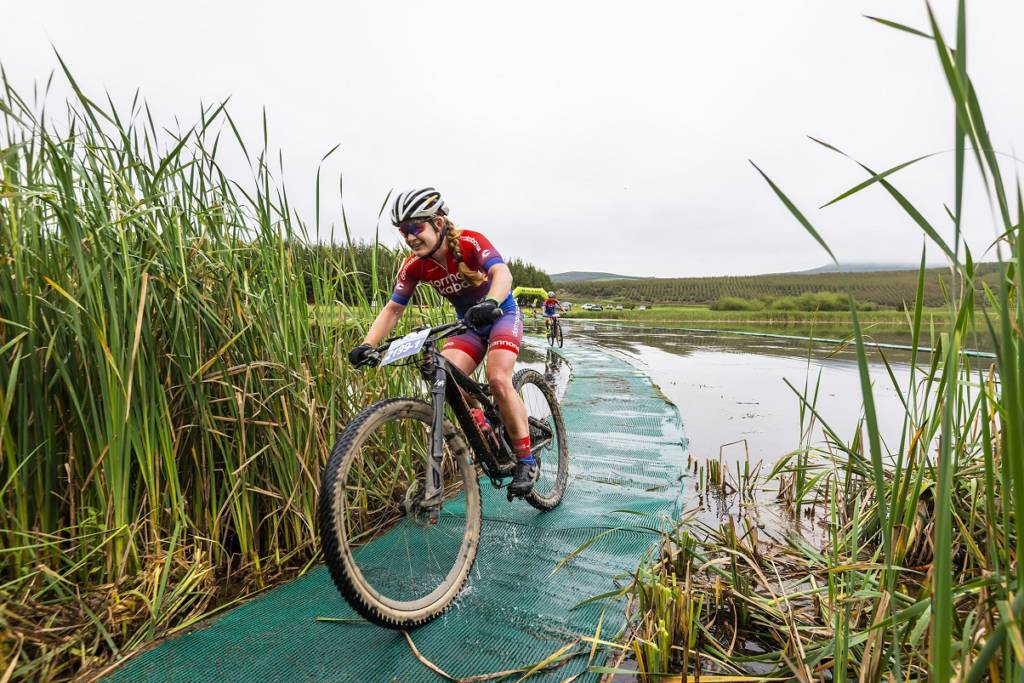 The Galileo Infiniti SPOT team have paired Theresa Ralph with new team member Kim le Court. Ralph says: “Amy came third at Marathon Champs and is riding strong, and Robyn is riding extra extra strong at the moment. It’s going to be a really hard race to try and beat them, but anything can happen out there and we will try our best. Once again it is great to have competition of that level at sani2c. Everyone is on form as they were peaking for SA Champs.

“I’m looking forward to bonding with my new team, it’s my first stage race with Kim, so we will find out our strengths and weaknesses and temperaments on the bike. We will have teammate Sam Sanders riding solo so it will be good for the whole team to be representing.”

The race starts on Friday, 14 May, in Himeville and ends after 266kms of riding, at Scottburgh Golf Club on Sunday, 16 May. The race will be covered live on Instagram stories at @_sani2c