Developed and tested by Giant World Cup XC pros, this next-generation Anthem Advanced is built for the demands of modern cross-country racing, featuring a lighter frame and new suspension technology.

Giant, the world leader in cycling technology, introduced an all-new Anthem Advanced Pro 29 mountain bike for XC racing and riding. The new series features a lighter frameset with a new rear suspension system and modified geometry to give racers more efficiency and control. It’s built to optimize the speed and stability of its 29-inch wheels for a competitive advantage on XC terrain.

This next-generation Anthem is the latest evolution of a bike that has helped influence the progression of cross-country racing since 2005, when it first appeared on the World Cup circuit. Giant engineers and product developers worked with athletes from the Giant Factory Off-Road Team to develop a progressive new machine for the demands of today’s more technical XC racecourses. 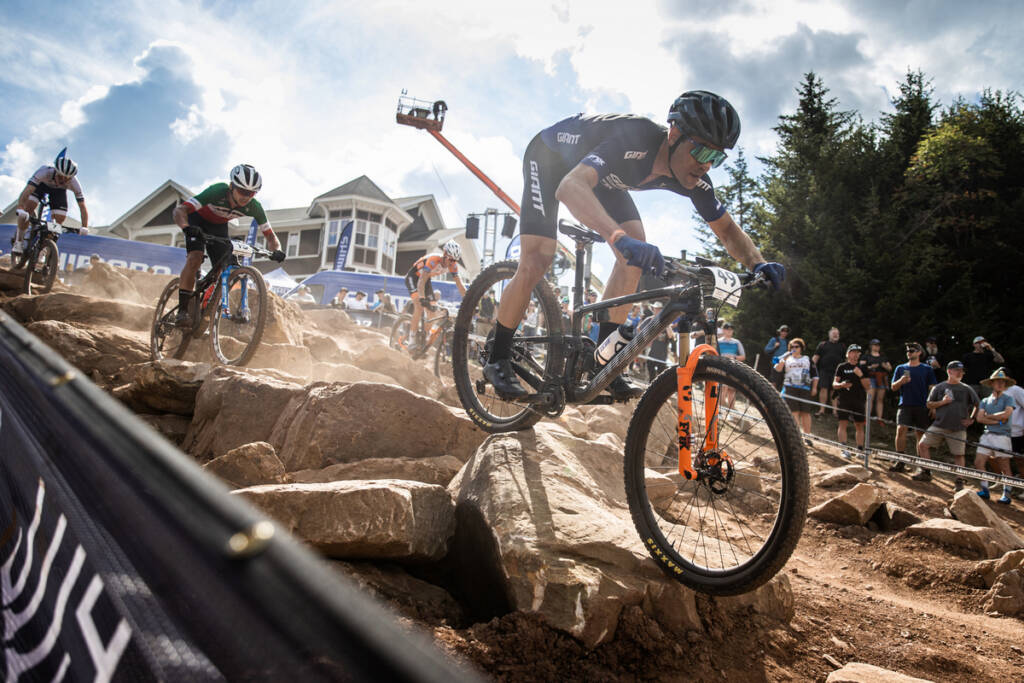 Today’s cross-country racetracks are more demanding than ever, with technical rock gardens, jumps and steep climbs and descends. Giant team rider Reto Indergand in the thick of it at a 2021 World Cup race. Photo by Michal Cerveny.

Racers including Antoine Philipp, the team’s up-and-coming 24-year-old from France, provided valuable feedback throughout the development process. Philipp and his teammates tested and raced prototype models throughout the 2021 UCI World Cup season.

“The speeds, technical challenges and level of competition keeps getting higher,” Philipp said. “The bikes and gear matter now more than ever. For the most challenging tracks, the new Anthem Advanced Pro 29 gives me everything I need. It’s super responsive, feels light and lively on the climbs, and gives me more confidence and control on descents, drops and rock gardens that are so decisive in a race.” 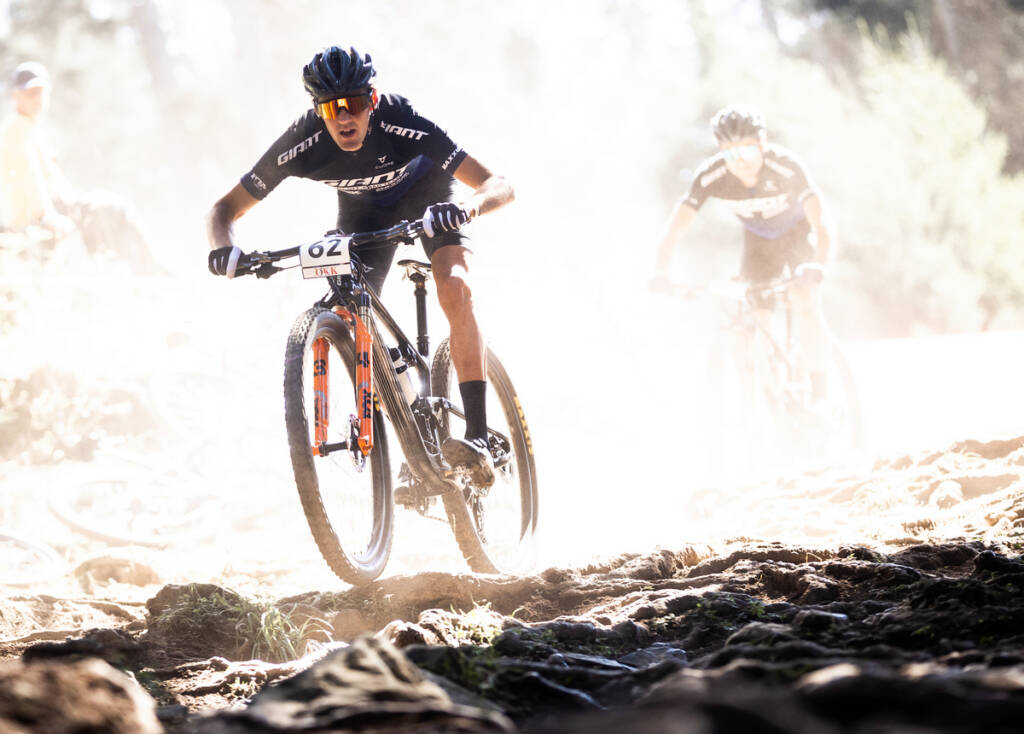 An all-new Advanced composite frameset, including the main frame and rear swingarm, saves 250g compared to the previous generation Anthem. Overall efficiency gets a boost with a bottom bracket area that’s more than 20 percent stiffer—so racers can accelerate and climb faster with less effort. The frame also adds more than 7 percent torsional stiffness over the previous generation for quicker, more precise handling during intense race efforts.  Beyond that, a steeper seat tube (75.5 degrees) puts riders in a more powerful pedalling position to maximize their efforts on steep climbs. 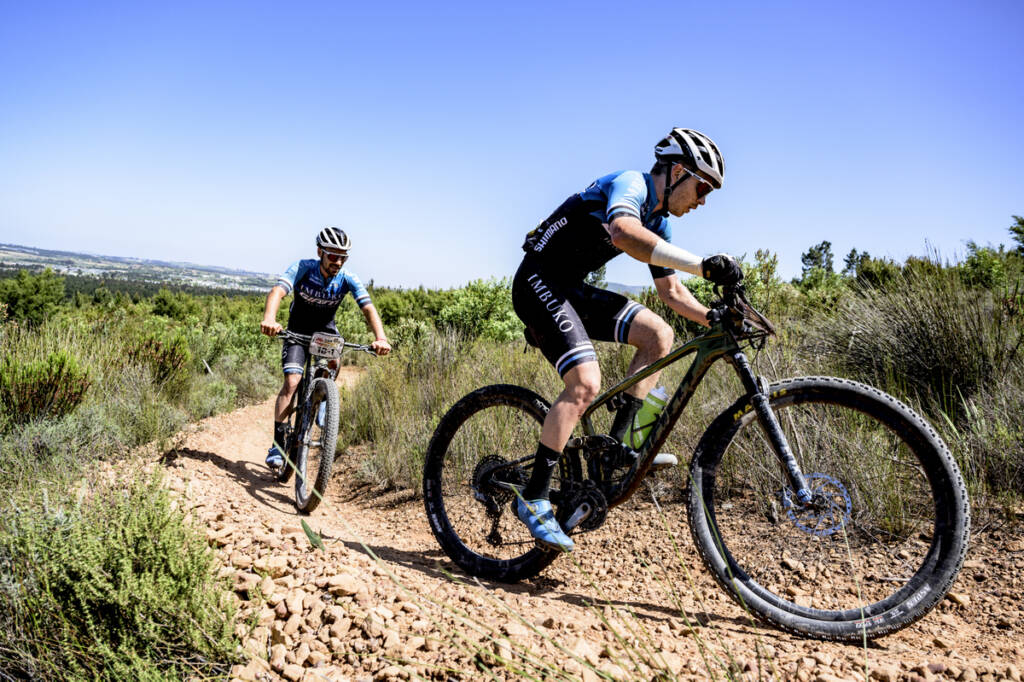 One of the key innovations with the Anthem Advanced Pro 29 is its all-new rear suspension setup. FlexPoint Pro suspension was developed by Giant specifically for XC racing. It’s engineered for efficiency, control and responsive handling, using a linkage-driven, single-pivot design that saves weight compared to the previous design. The result is a smooth, active feel that gives riders 100mm of rear suspension for sublime control on technical singletrack terrain. From chunky descents to root- and rock-strewn climbs, it offers just the right blend of XC speed and control. Beyond that, the new frameset also features a slacker head tube angle (67.5 degrees) and longer travel 110mm fork to further boost confidence and help riders tackle the trickiest descents at high speeds. 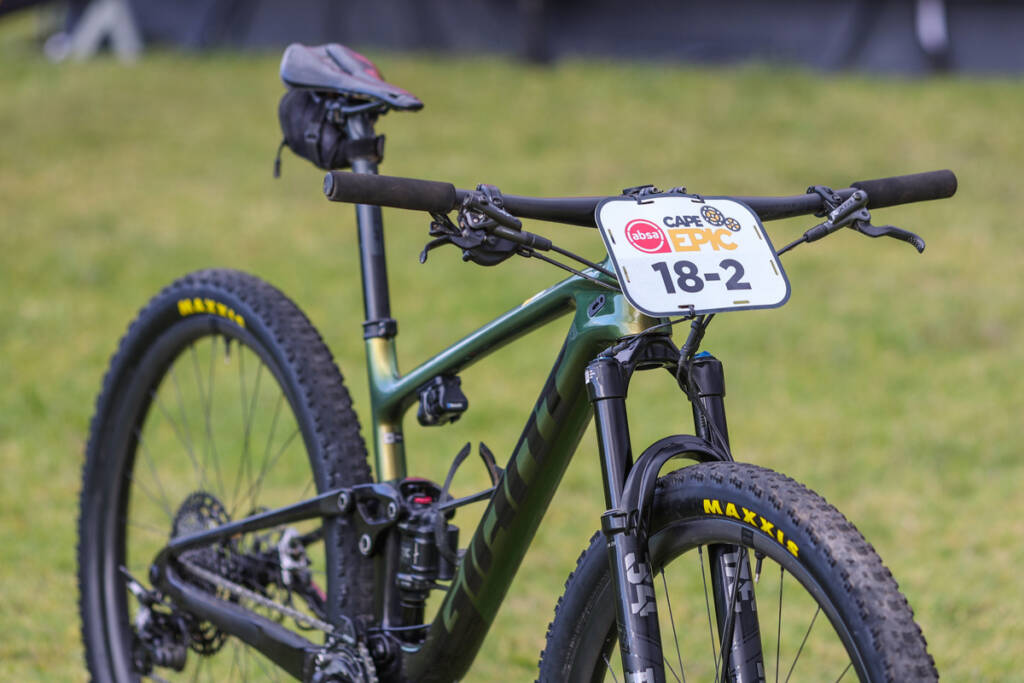 Paired with Fox Performance Elite Live Valve technology, as equipped on the Giant Anthem Advanced Pro 29 1, the FlexPoint Pro rear suspension can not only soak up the rigors of UCI World Cup cross country racing but also cope with the ever-changing terrain encountered in marathon and stage race events, like the Absa Cape Epic. Photo by Max Sullivan.

Both the geometry and the suspension setup of the new Anthem Advanced Pro 29 are optimized for its 29-inch wheels. The frame has a longer reach, and the updated cockpit includes a composite handlebar with a larger 35mm diameter and ample width for more control and leverage while descending, sprinting and climbing. These updates complement the stability and speed of its lightweight composite 29-inch wheels.

For more than 17 years, Anthem has been about race-winning performance. From World Cup XC podiums over the years to recent marathon world titles and national championship titles around the world, it has helped fuel a hunger to win. That’s the story of Anthem. And this is its next chapter. The all-new FlexPoint Pro rear suspension is a linkage-driven, single-pivot design that was engineered specifically for high-performance XC bikes. Photo by Max Sullivan. 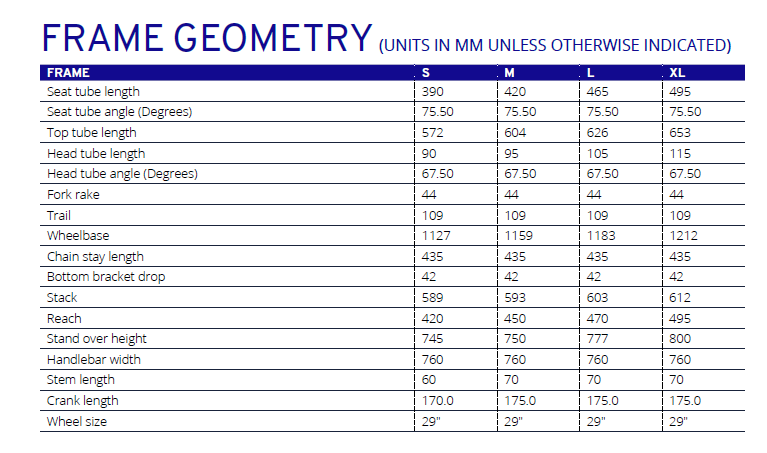 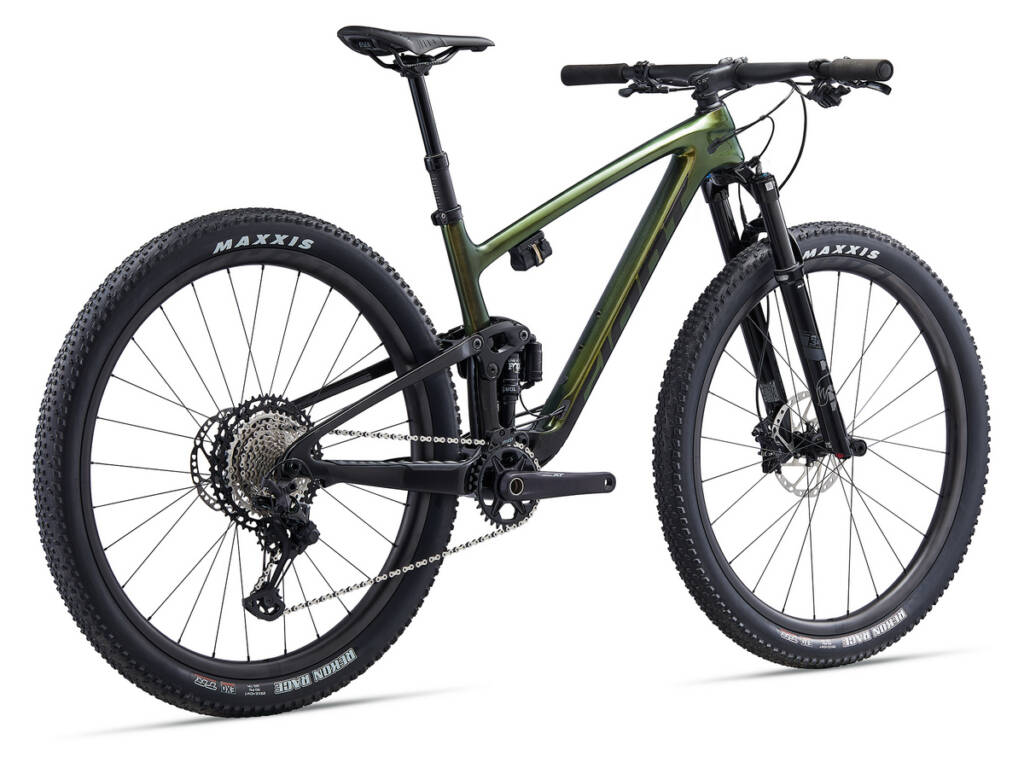 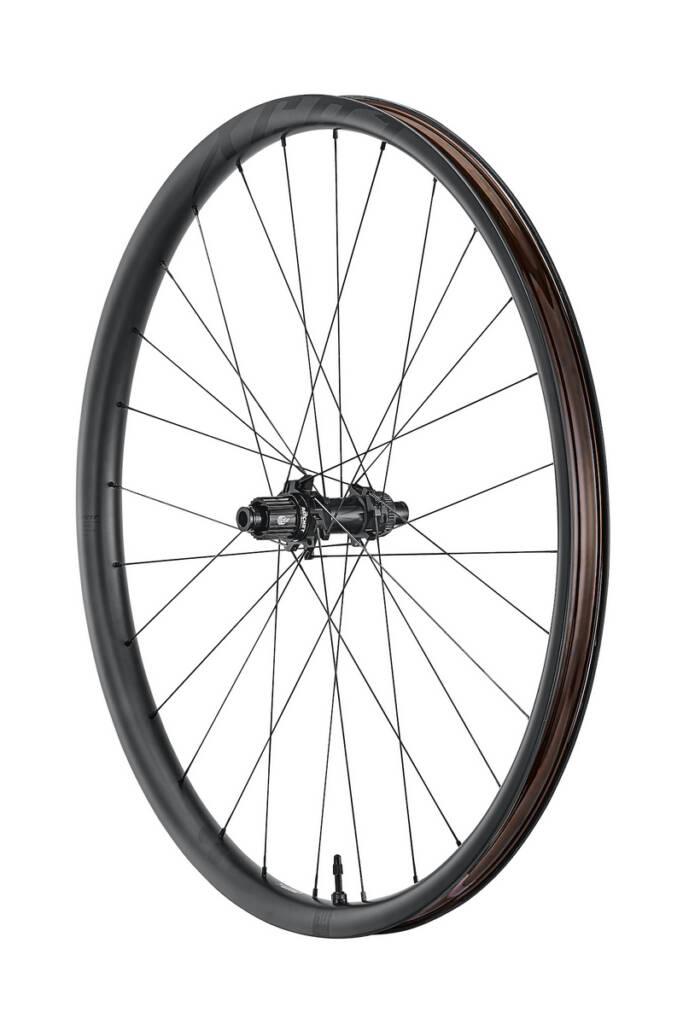 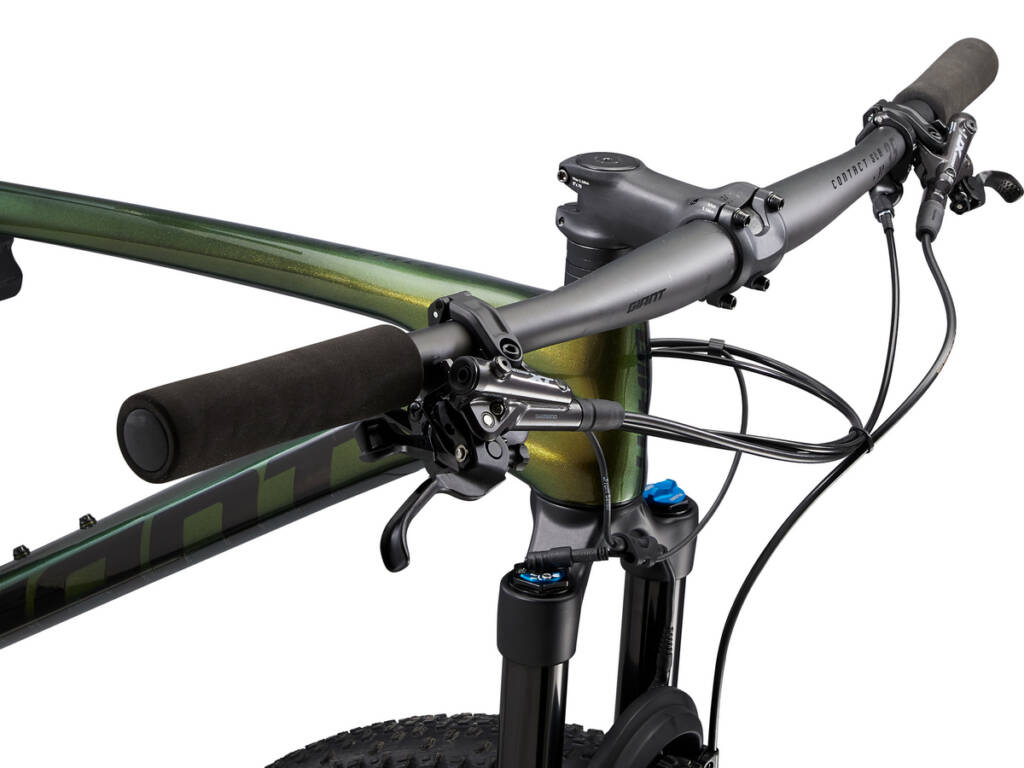 The updated cockpit of the Anthem Advanced Pro 29 includes the new Contact SL XC 35 stem and handlebars with a larger 35mm diameter and ample width for more control and leverage while descending, sprinting and climbing. Select models come with the new Contact SLR XC 35 composite bar.