At 21 years old Jamie Riddle is one of South Africa’s most promising triathlon talents. Giant Bicycles South Africa are thus excited to announce that they will be sponsoring Riddle in a multi-year partnership that will include support for both the draft legal Olympic and Sprint distances as well as the non-drafting ultra-distance events. In order to perform at his absolute peak and compete at the highest-level Riddle will be equipped with a Giant Trinity Advanced Pro 1 time trial bike and a Giant Propel Advanced Disc 1 aerodynamic road bike.

Riddle hails from Gqeberha originally, but has based himself in Stellenbosch since the age of 16 to maximise the quality of his training. His father, Alec Riddle, was a 2011 IRONMAN 70.3 Age-Group World Champion and along with bestowing his son with the genetics to ensure a talent for triathlon also instilled in him a love of the sport. Having started out as a nipper in Surf Lifesaving; Riddle is a natural swimmer, who thrives during ocean swim legs in particular. His run is also formidable and with Giant’s technical and mechanical support he aims to take his bike leg to a higher level. In a highly competitive and technology driven sport like triathlon, any equipment disadvantage can be exceptionally limiting. It is therefore essential that Riddle has access to not only the fastest road bike possible but also a superb time trial machine. 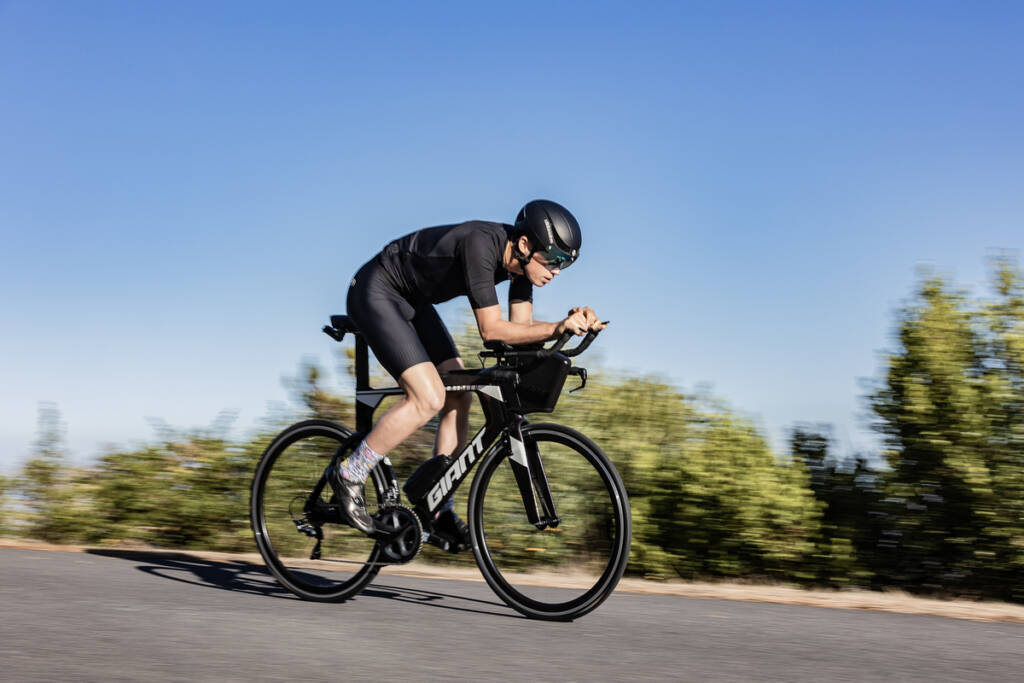 Riddle will race aboard the Giant Propel Advanced Disc 1, in draft legal events, and the Trinity Advanced Pro 1, in non-draft triathlons. Photo by Max Sullivan.

“I’m very excited to have the support of Giant South Africa in the chase for my Olympic dream” Riddle thankfully said. “Before this year I’d actually never ridden a Giant but I’d been speaking to Olympic and World Champion, Kristian Blummenfelt, about his bikes. His confidence in, and enthusiasm for, Giant’s Trinity and Propel bicycles gives me great confidence.”

“Dealing with Giant South Africa has also been amazing” Riddle added. “They have been so welcoming, relaxed but efficient. Andrew [Cattell] and Max [Sullivan] have gone the extra mile to help me and make me feel at home with the brand. Their insistence on putting my interests first and prioritising my focus on training and racing has made working with them an absolute pleasure.” 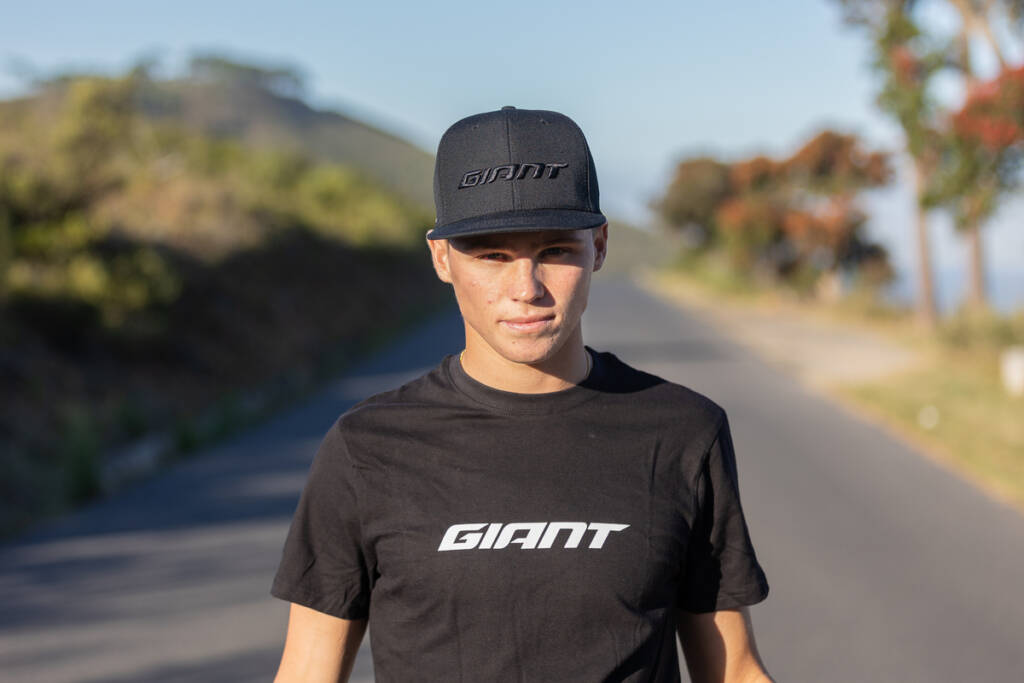 “I’ve been training and dialling in the bike fit on a Giant Trinity Advance Pro 2” he explained. “Once that process is complete, I’ll be receiving a Trinity Advanced Pro 1 which will be set up to my exact specifications. My predominant focus will be ITU triathlons this year, in order to build up to the Commonwealth Games in Birmingham. As such I’ll be spending most of my time training and racing aboard the Propel Advanced Disc 1. Drafting is legal on the bike leg of Olympic and Sprint distance triathlons, like the ITU events, so the Propel is the perfect weapon for the job there.”

“I will also be taking part in a few PTO non-draft races this year though” Riddle continued. “For those the Trinity will be a game changer. I’ve never had a time trial bike before and always had to attempt to compete with clip-on TT extensions on my road bike. Having a time trial specific machine, complete with integrated feeding and hydration systems, as well as a selection of disc and deep section wheels will certainly help me be more competitive in ultra-distance triathlons. I can’t wait to see how much more efficient I will be aboard the Trinity Advanced Pro 1.” 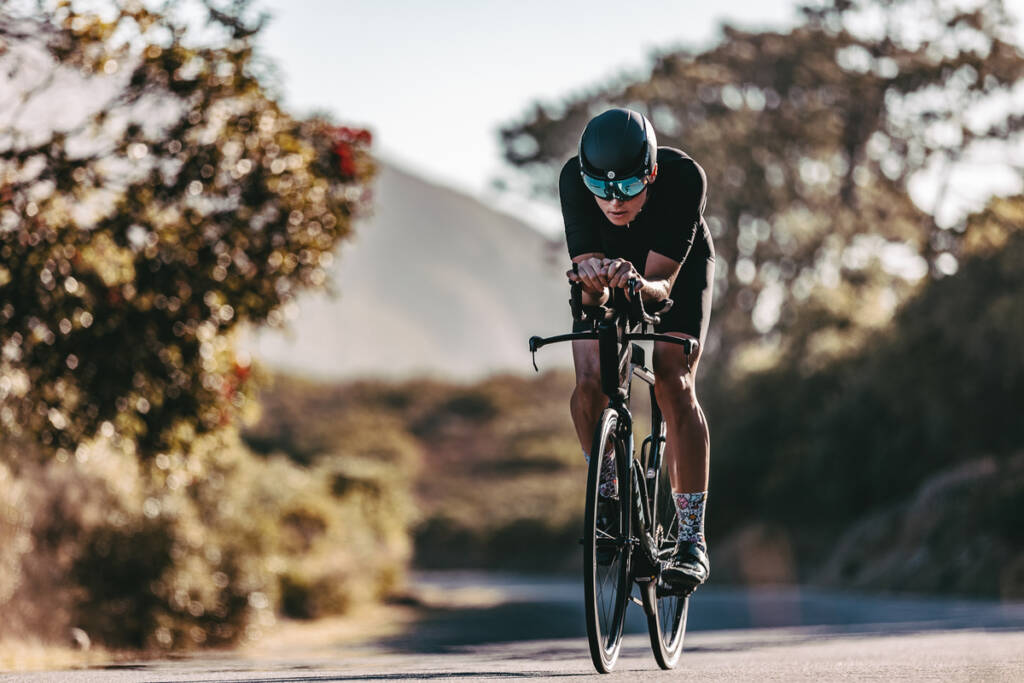 Riddle will start his 2022 season on the 20th of March in Nelson Mandela Bay at the South African Triathlon Championships. Photo by Max Sullivan.

“We’re really excited to have Jamie [Riddle] onboard with Giant,” Giant South Africa’s Marketing Manager, Max Sullivan, stated. “He’s an exceptionally motivated and dedicated young athlete with a very bright future ahead of him. Within Giant South Africa we have a great deal of experience in nurturing young talent; largely from our long relationship with the Imbuko {type}DEV, equipped by Giant, mountain bike team. What has impressed us about Jamie is not just his stellar results, but more importantly his commitment to the process of continual improvement and his unwavering focus.”

“Jamie has already achieved some remarkable results, including silver medals behind Henri Schoeman in the African and South African Triathlon Championships last year” Sullivan noted. “His third position in the Europe Triathlon Cup Barcelona event, in October 2021, showcases what he’s capable of in a highly competitive international field. Knowing the work he has put in over the offseason we can’t wait to see him in action this year!” 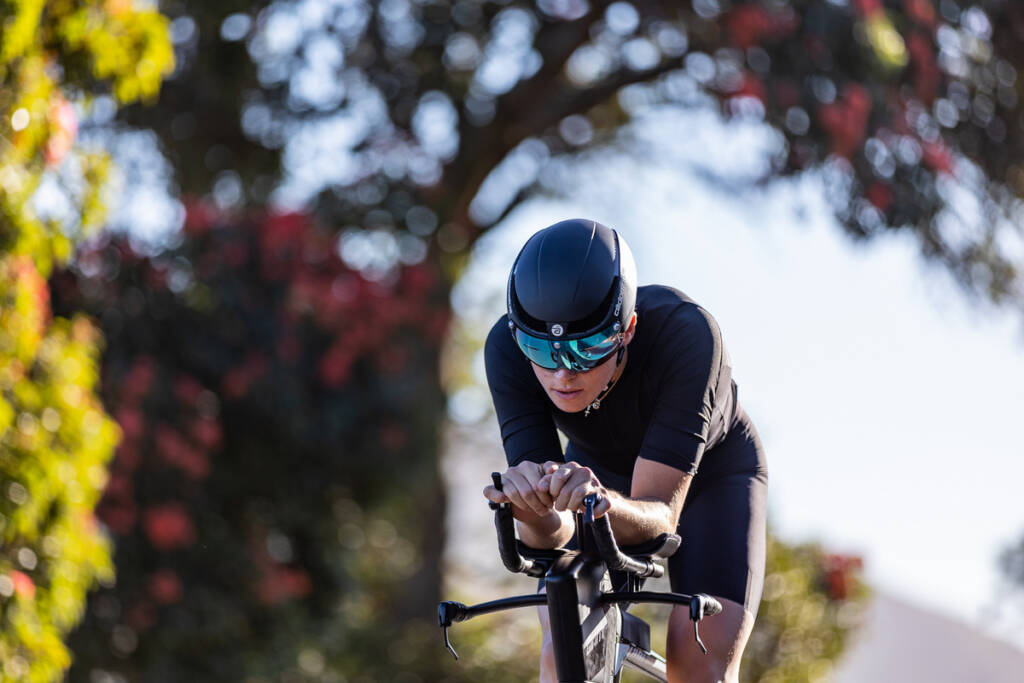 Along with Giant Bicycles Riddle is supported by Under Armour, 2XU, 4GOLD Nutrigenomic Supplements, Cádomotus and the Entsika Group. Photo by Max Sullivan.

Riddle’s co-sponsors include Under Armour Shoes, 2XU Trisuits and Wetsuits, 4GOLD Nutrigenomic Supplements, Cádomotus Helmets and the Entsika Group. They, along with Giant Bicycles South Africa and Triathlon South Africa will be supporting Riddle in his quest to represent South Africa at the Commonwealth Games, on the 30th of July, before he begins his build-up to Paris 2024. Triathlon fans can follow his progress on Instagram, @jamie__riddle, or by liking his athlete page on Facebook, @JamieRiddle, as he starts his 2022 season on the 20th of March in the South African Triathlon Championships in Nelson Mandela Bay. To view Giant Bicycles’ full range of triathlon bikes, visit www.giant-bicycles.com/za.