From 2022, the George Mountain Ultra Trail will once again be known as the Discovery George MUT. And as in-person events make a much-awaited comeback, Discovery has re-established its support for the trail run and affiliated events in the Garden Route. The 2022 Discovery George MUT is scheduled to take place on the 18th of June.

“We’re excited to have Discovery back on board,” event director, Zane Schmahl, enthused. “We have some great things planned for the fourth edition of the event, including the launch of a 100 kilometre ultra-trail distance. Collaborating with Discovery elevates not only the runner experience but also the credibility to the race itself.”

“Supporting the return of in-person events like Discovery George MUT has reignited our drive to execute our purpose – to make people healthier and enhance and protect their lives,” said Deon Curtis, Senior Marketing Manager – Sponsorships at Discovery South Africa. “We take pride in rewarding our members for lacing up and hitting the trails again and look forward to an exhilarating, safe and memorable event.” 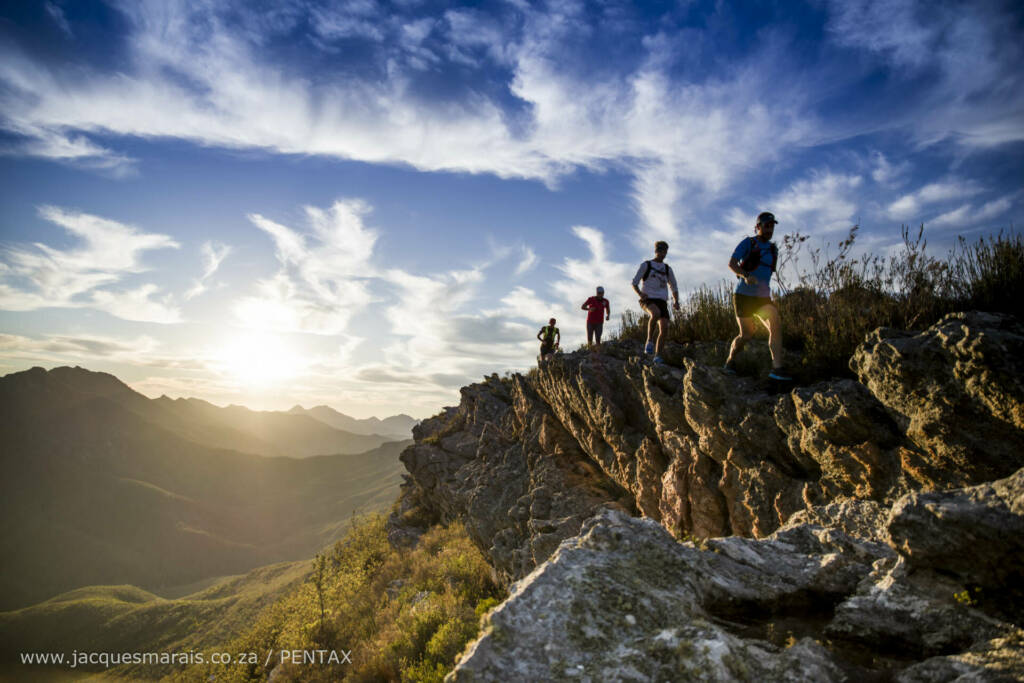 Along with the new 100 kilometre race distance the Discovery George MUT will also introduce a 5 kilometre family fun run, as well as re-introduce the MUT Life Festival around the event. A celebration of all things trail running the MUT Life Festival will kick off on Wednesday, 15 June, with a screening of selected Vancouver International Mountain Film Festival (VIMFF) movies. “We’re excited to bring back the VIMFF screening,” Schmahl stated. “In 2021 it wasn’t possible to host screenings due to the restrictions on the number of people who could gather indoors. But it’s such a great, relaxed, way to kick off the MUT Life Festival and get everyone in the mood for the long-weekend of trail running.”

The next day, is the Youth Day public holiday and as such is scheduled to host the MUT VK Challenge, from the Ground Zero Bike Park to the summit of George Peak. Later on, Thursday, visiting trail runners are invited to attend the George Trail Running club’s weekly time trial. “The George Trail Running community is fundamental to the success of the Discovery George MUT,” Schmahl noted. “It’s the passion they share for the mountains of George which is so infectious and lures visiting runners back for not only the race but also the George Six Peaks Challenge.”

Having staged three editions of the event with a flagship 60 kilometre distance the 2022 race will now boast an exceptionally challenging 100 kilometre route too. “Last year we added a 42 kilometre marathon distance and as trail running matures in South Africa we saw the possibility to introduce a 100K this year,” Schmahl said. “Anyone who has run our 60K knows how technical the running in the Outeniqua Mountains is. The new route will feature 4 500 metres of climbing and will be up there with the toughest 100 kilometre races globally. Yet it will still feature our signature hospitality and generous 24 hour cut-off to allow as many runners to complete the race as possible.” 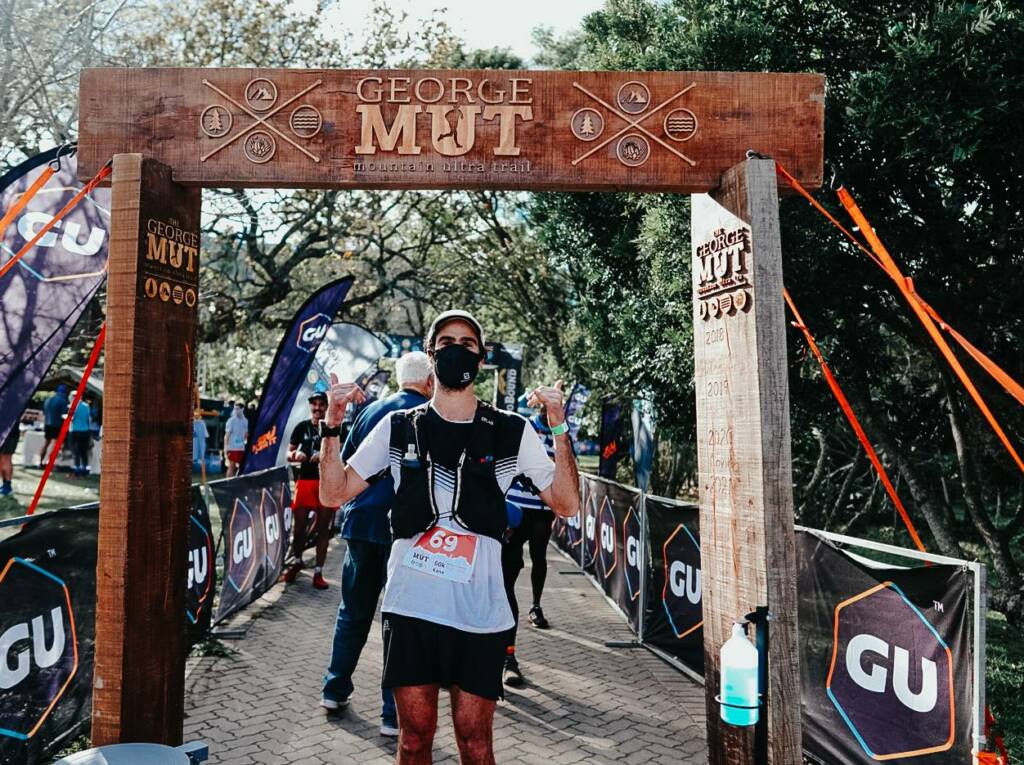 Kane Reilly, the reigning 60km champion, rates the Outeniqua Mountains as the perfect terrain for a 100km ultra. Photo by Jacques Marais.

“I think that the addition of the 100 kilometre distance race to the Discovery George MUT is awesome!” 2021 Discovery MUT 60 champion, Kane Rielly smiled. “The Outeniqua mountains are an incredible place to run and I have no doubt the 100km route will be a cracker. I’ve experienced the 60km route, and have read up on the extra part that makes up the 100km, and I’d certainly recommend it to anyone. It’ll be a beastly route! But a seriously beautiful one.”

“I think that the Outeniqua Mountains are up there alongside anywhere in the world in terms of the quality of trails, and the mountain running experiences available,” Reilly continued. “The mountains are big and trails really well maintained, you are also very close to the sea. Something the French alps can’t boast. George also provides really easy access to the mountains, with its airport making it readily accessible from anywhere in the country. The town itself is simply a superb trail running destination.”

This year will once again see some of South Africa’s top trail runners taking part in the Discovery George MUT. “In addition to the strong South African field we hoping to attract an increasing number of international competitors in the coming years,” Schmahl confirmed. “We have applied for International Trail Running Association accreditation so that entrants to the Discovery George MUT can earn points towards their ITRA rankings. Hopefully this, in addition to the increased prize purse, the general quality of the event and the return to hassle-free travel will allow the race to gain a strong international following too.” 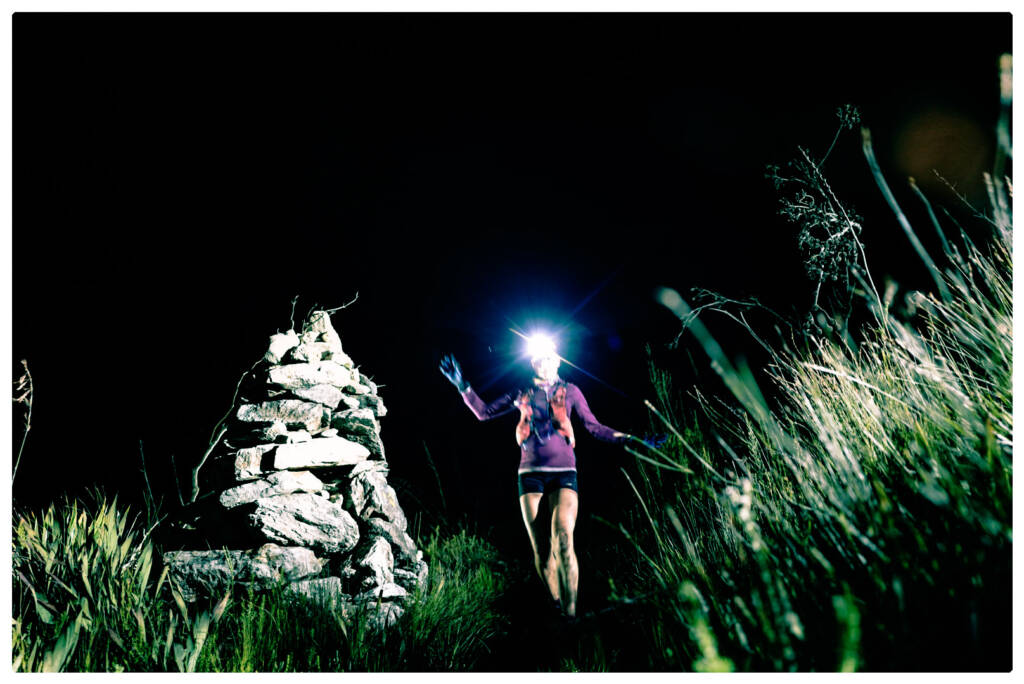 The pre-dawn start and 24 hour cut-off makes the 100km distance achievable to a larger proportion of trail runners, while the ITRA Ranking points and prize purse make it an attractive prospect for elite athletes. Photo by Jacques Marais.

The race will be added to the Vitality Race Calendar and points for the trail run will be awarded to Vitality members as follows:

For more information on the Discovery George MUT, or for online entries, visit www.georgemut.run.