Having achieved a break-through stage victory at the 2022 Cape Epic, the Imbuko {type}DEV equipped by Giant team enter KAP sani2c full of confidence. For the 18th edition of one of South Africa’s most iconic stage races, Marco Joubert will be partnered by Wessel Botha. They will be supported by Franko van Zyl and Stuart Marais, as the squad’s top team looks to keep their run of excellent results rolling.

“This year Wessel Botha and myself are riding together and going for the overall win,” the team’s senior rider, Marco Joubert confirmed. “Stuart Marais and Franko van Zyl will ride back up for us, to provide assistance if something goes wrong; but also, to hunt for a podium spot.” 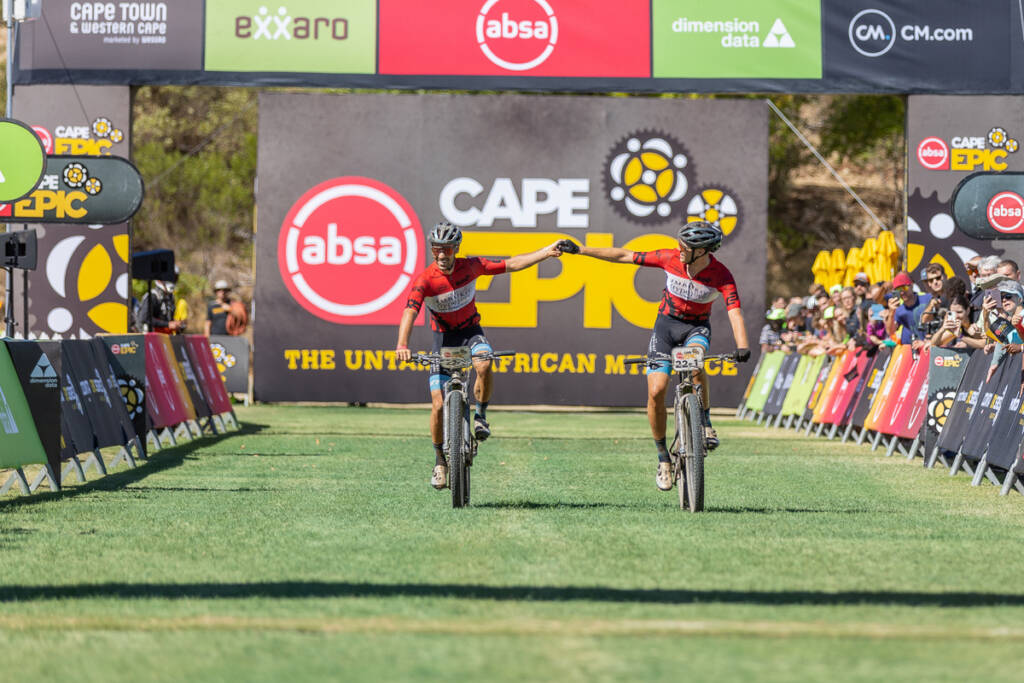 Having won a stage and the African Jerseys at the Cape Epic, in March, the Imbuko {type}DEV equipped by Giant team start among the favourites at the 2022 sani2c. Photo by Max Sullivan.

The confidence his Cape Epic stage win, alongside Pieter du Toit, provided is noticeable in Joubert’s approach. “I took an easy two weeks after the Epic,” he pointed out. “Not off the bike, but just riding according to how my body felt, forcing nothing but rather giving myself a chance to recover. After that it was full gas again and I’m happy with my form. I’m definitely looking forward to get the race going and to battle for the top spot on the GC podium.”

Joubert and Botha have already partnered each other this season. “I really enjoy racing with Marco, he is a really laid-back guy and we get along well,” Botha revealed. We raced Tankwa Trek together this year and had a good result there, finishing third in a very strong field. Marco is super-fast in the singletrack so I normally follow his wheel down the trails. I try to do a bit more of the pacing on the flats and open roads. We are both pretty good on the climbs.” 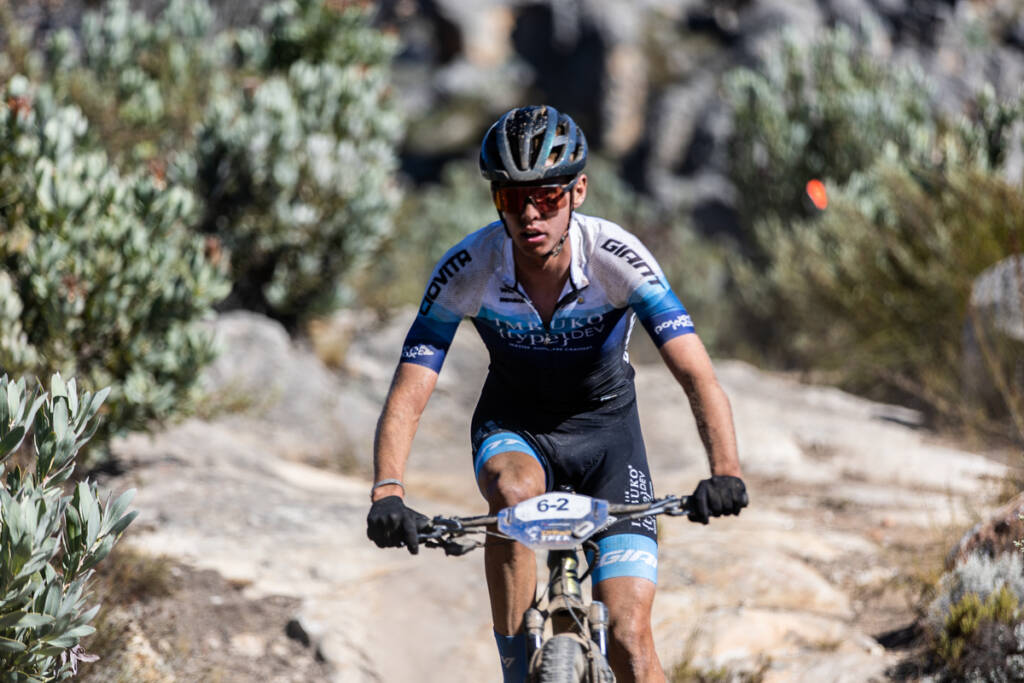 Wessel Botha will be teaming up with Marco Joubert for the second time this season, having raced to third as a pairing at the Tankwa Trek in February. Photo by Max Sullivan.

“I think the PYGA boys will be the main guys to watch; as well as Insect Science, who have been looking strong recently,” Botha said of the competition the team will face in KwaZulu Natal. Adding to his teammate’s sentiments Joubert added: “I think Gert [Heyns] and Phillip [Buys] will be our biggest rivals. But Insect Science will also be hot on our heels, Arno [du Toit] and Keagan [Bontekoning] are also riding well together.”

All four Imbuko {type}DEV equipped by Giant riders will be piloting their Giant Anthem Advanced Pro mountain bikes for the three-day stage race. “Besides a minor suspension adjustment, firming the FOX Live Valve suspension up a notch or two, and a 38 tooth chainring the rest of the bike is the same as what we ran at the Epic,” Joubert stated, when asked about bike set-up for sani2c. “Sani is a super-fast race,” Botha elaborated. “The terrain is a bit more forgiving and the trails are faster rolling than in the Western Cape, where the team is based. That’s why we’ll both be running a 38T chainring on the front and using Schwalbe’s speedy Racing Ralph tyres.” 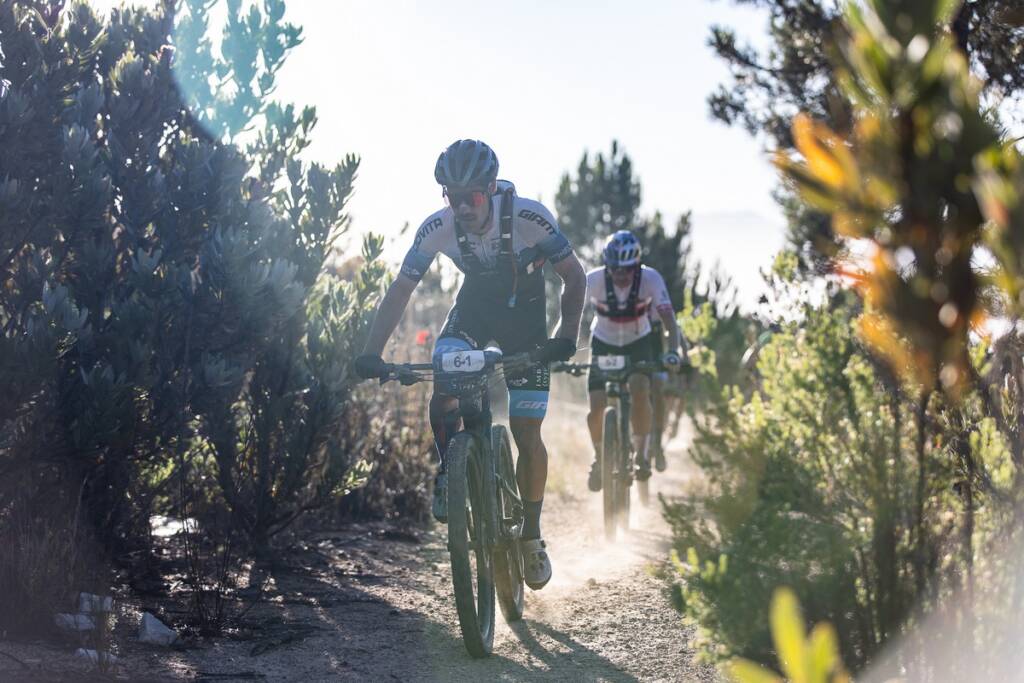 The sani2c Race gets underway from the Glencairn Farm, near Underberg, on 12 May, and finishes on the 14th in Scottburgh. In total the route takes in 265 kilometres with 3 500 metres of climbing. Mountain biking fans can follow team Imbuko {type}DEV equipped by Giant’s progress by liking the Imbuko {type}DEV Facebook page and following @imbukotypedev on Instagram. Updates from the race can be found at @_sani2c on Twitter, @_sani2c on Instagram and @sani2c on Facebook.

For more on their bikes, visit the Giant Bicycles South Africa Website.