Lijan van Niekerk overcame a 2 minute deficit to reel in the reigning Hout Bay Trail Challenge champion, Kristen Heath, within a kilometre of the Old Fisherman’s Trail Challenge finish line. Heath hung on for second, just 12 seconds ahead of Marzelle van der Merwe. The men’s race was a less dramatic affair, with Kyle Bucklow distancing Jarryd Dunn on the final climb, 6 kilometres from the Riding Centre, to claim his maiden title. They were joined on the podium by surfer and trail runner Oli Morris.

Saturday, the 11th of June, dawned warm and blustery. A pre-frontal warm pressure cell led to unseasonably hot temperatures and set the scene for a challenging up-run, from the Fish Hoek Beach Sports Club to the new finish venue, the Hout Bay Riding Centre. Race director, Richard Sutton had implemented a few changes to the route, since the last up-run in 2019, which combined with the north-westerly head-wind ensured slower times. 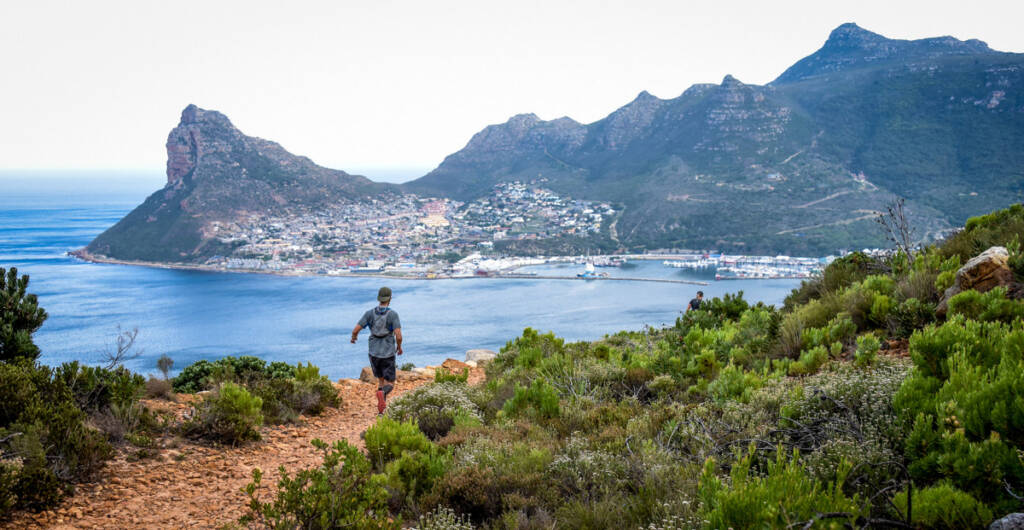 Unseasonably hot weather and a blustery headwind made for challenging conditions. Photo by Peter Kirk Media.

This did not stop Dunn and Bucklow from going out hard. Dunn had been runner-up twice before, in 2017 and 2018. He, like Bucklow, spends a large amount of his training time in the mountains of the Southern Peninsula. Thus, he knew he would have to distance his rival on the steepest pitches. The longer-more gradual climbs, of the Fish Hoek to Hout Bay route, played into Bucklow’s strengths.

“I managed to get a little gap every time it got really steep,” Dunn recounted. “But on the jeep tracks climbs and flat sections Kyle [Bucklow] is just so fast.” “I kicked on the last climb up towards Blackburn Ravine and got a decent gap on Jarryd [Dunn],” Bucklow said. “I must say, I struggled out there. The hot headwind made the going tough and I think I’m a bit dehydrated now.” 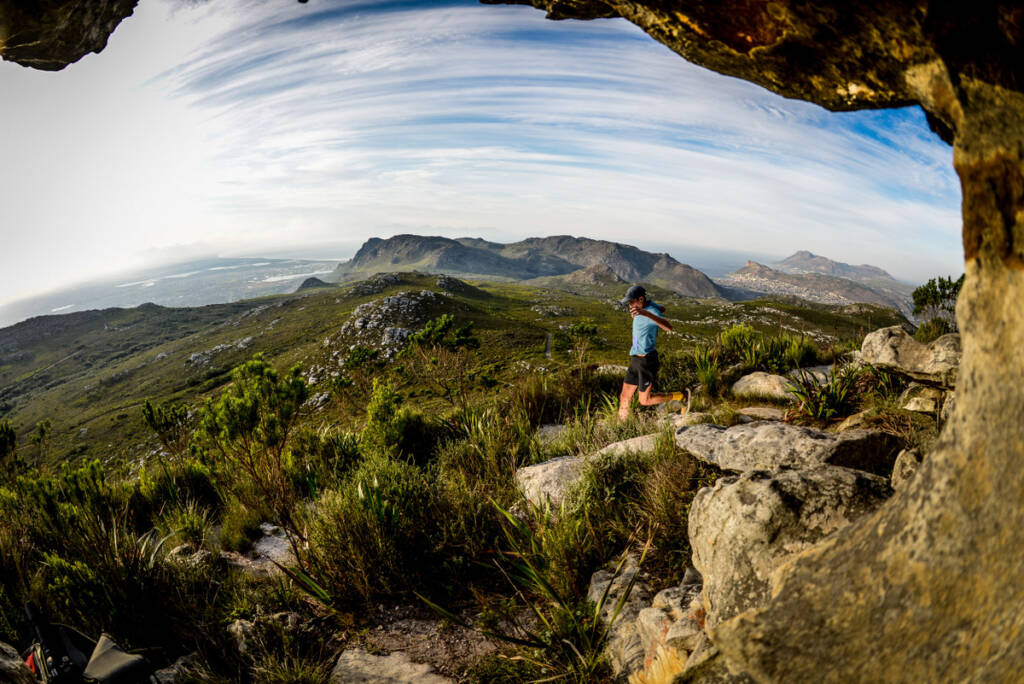 Kyle Bucklow ran to victory in the 2022 Old Fisherman’s Trail Challenge by distancing Jarryd Dunn on the final climb of the route. Photo by Peter Kirk Media.

Once Bucklow had a lead he extended it with his superior technical descending skills on the trail down into Hout Bay. Then used his pace across the flats to power across Hout Bay beach and up the singletrack along the banks of the Hout Bay River to the finish at the Riding Centre. Bucklow’s winning time was 2 hours, 13 minutes and 39 seconds. Dunn crossed the line 3 minute and 11 seconds later, to claim second. Morris was third, 5 minutes and 10 seconds behind Bucklow.

In the women’s race Van Niekerk set the early pace, but having only recovered from Covid two weeks before she could not maintain her usual tempo. Rather she had to keep an eye on her heart rate and race smart. Heath seized the impetus on the climb from Kalk Bay up Eco Valley and established a lead of 1 minute and 17 seconds passing the half-way mark at Silvermine. 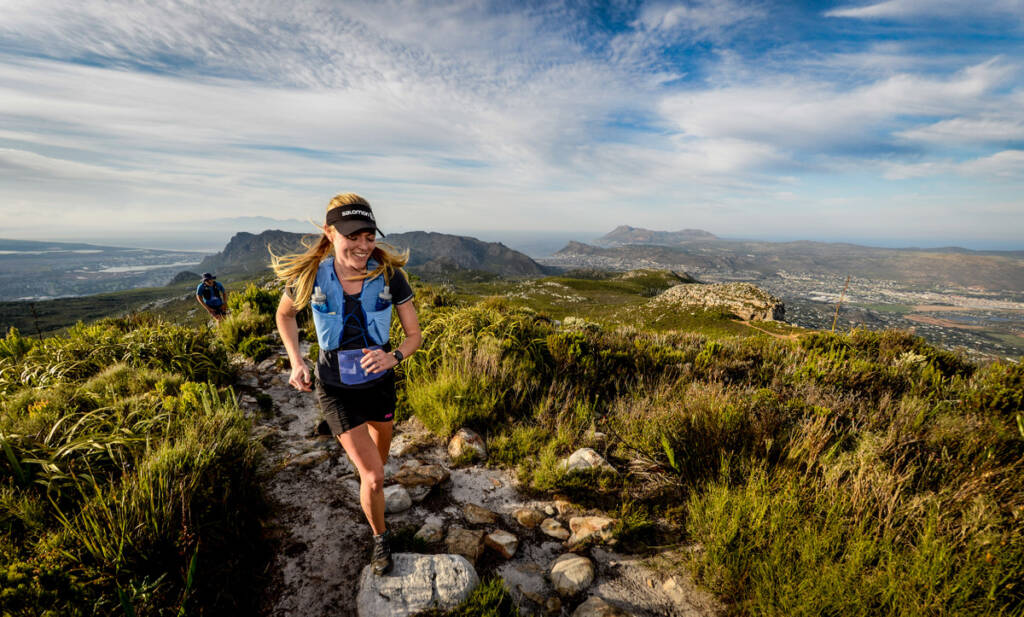 Lijan van Niekerk recovered, after to slipping to third on the trails, to win her second Old Fisherman’s Trail Challenge title. Photo by Peter Kirk Media.

“I started strong, but Kristen [Heath] caught and passed me on the second climb,” Van Niekerk retold. “Then in the middle phases Marzelle [van der Merwe] caught me and we actually ran together for quite a way. On the last bit of the descent into Hout Bay I saw Kristen ahead of me on the beach and I thought I had to try to catch her. I managed to pass her about a kilometre from the finish line.”

“She flew by me. Lijan [van Niekerk] even had the energy to shout ‘keep going’ to me as she ran by. I was dying!” Heath laughed. Nonetheless she managed to hang on to finish second, ahead of the fast-finishing Van der Merwe. Van Niekerk’s winning time was 2 hours 48 minutes and 45 seconds, Heath was 1 minute and 1 second slower, with Van der Merwe 1 minute and 34 seconds behind the winner. 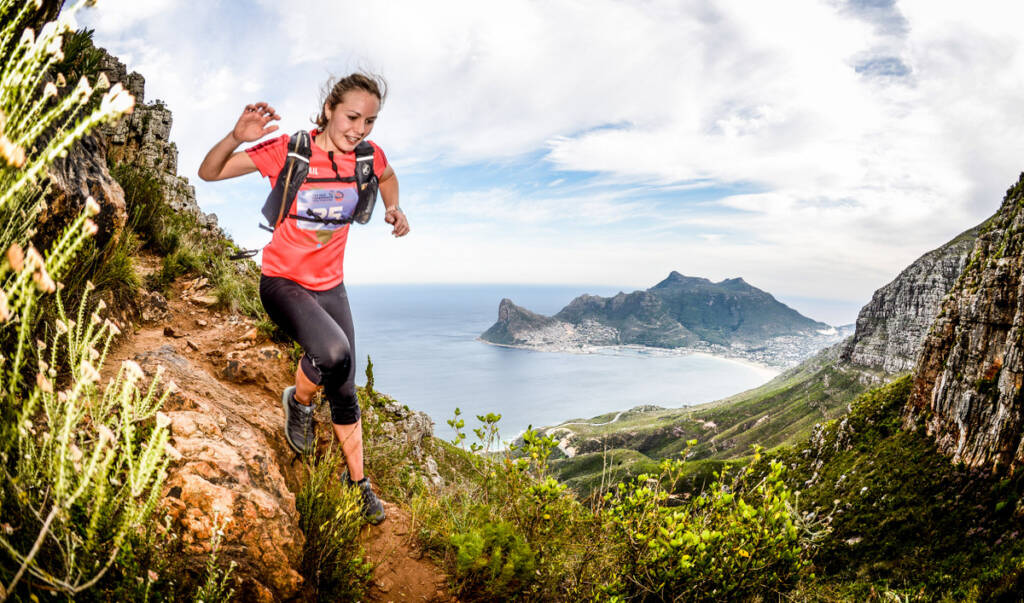 The next event in the triple crown of Southern Peninsula trail running is the Muizenberg Trail, which takes place on the 2nd of July. Thereafter trail runners can take on the marathon distance Hout Bay Trail Challenge, which celebrates its twentieth edition, on the 23rd of July. For more information on those events visit www.muizenbergtrail.co.za and www.houtbaychallenge.co.za. 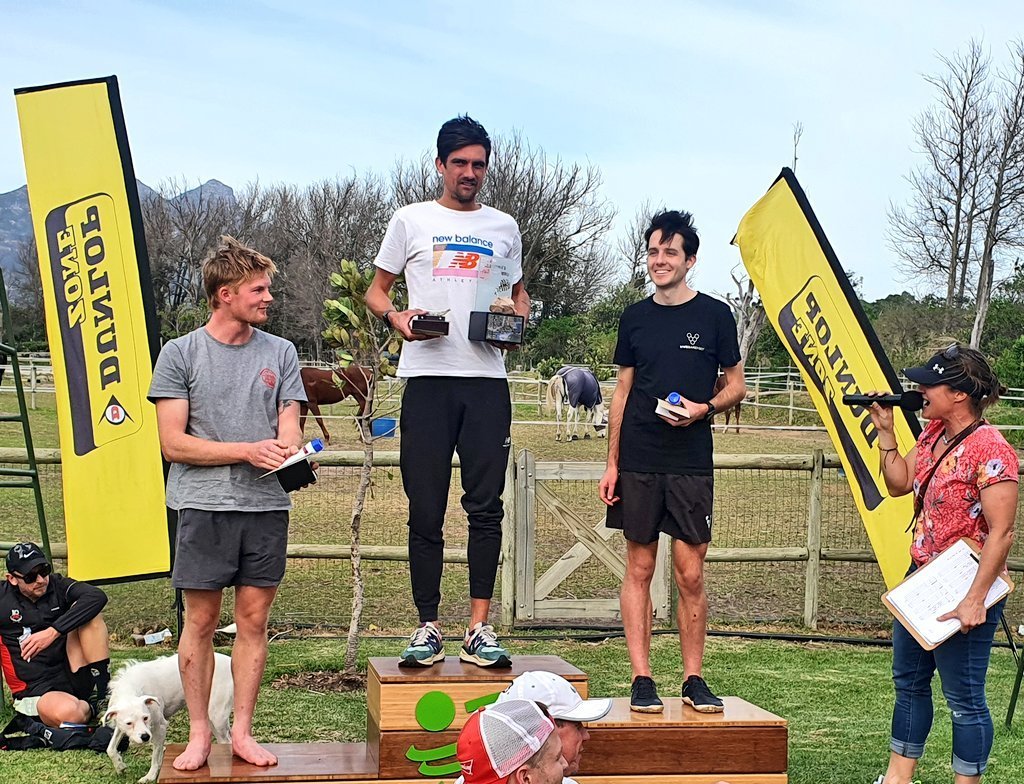 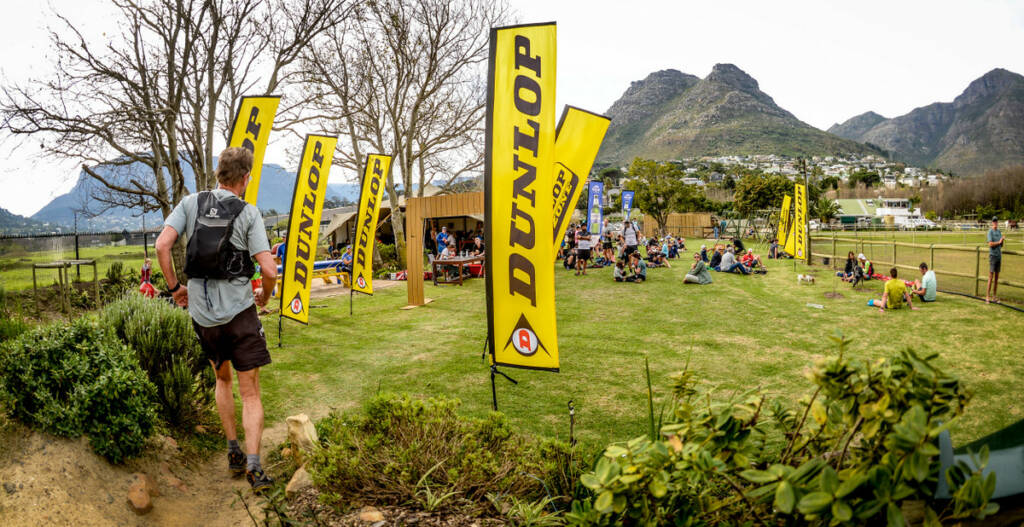 The Riding Centre, in Hout Bay, provided the new finish venue for the 18th edition of the Old Fisherman’s Trail Challenge. Photo by Peter Kirk Media.