The 2022 Discovery George MUT is more than just a trail run. Taking place from the 16th to the 19th of June it is a true festival of trail running. Starting with a Vertical Kilometre competition on Thursday morning and ending with prize giving, for the longer distances 42, 60- and 100-kilometre events, on Sunday it offers a full weekend of mountain adventures.

On Thursday evening there is also a screening of Vancouver International Mountain Film Festival films, which is sure to get everyone excited for the long weekend. “The VIMFF screening provides a great opportunity for non-runners to experience the fantastic vibe of the Discovery George MUT,” race director Zane Schmahl pointed out. “The event features 6 films which will be shown at the race venue, the Witfontein Forestry Station, from 19:00 on Thursday. Tickets are R100 each and families are encouraged to bring picnics. There will non-alcoholic refreshments on sale too.” Tickets can be purchased via the race website or on Computicket, by clicking here. 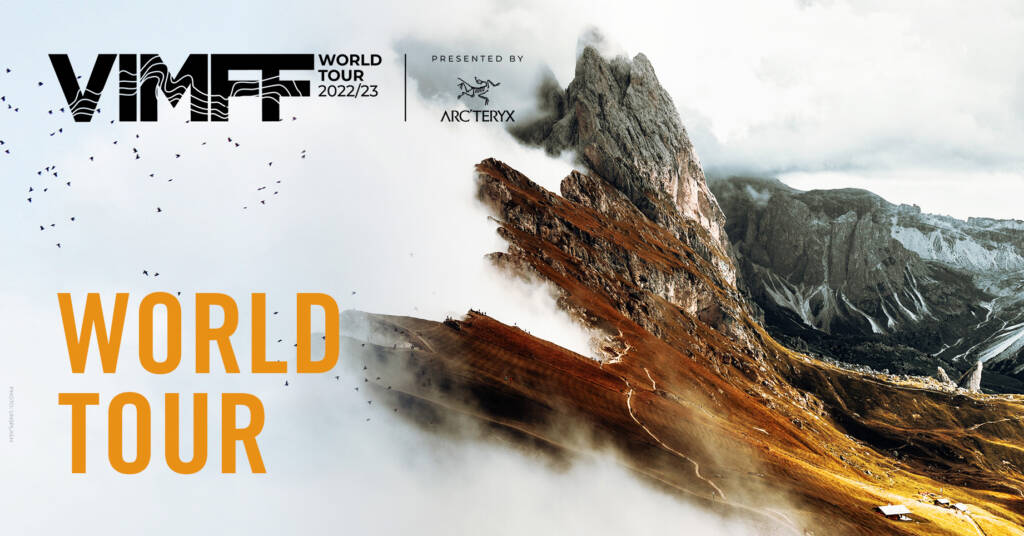 The Discovery George MUT trail running festival will once again include a screening of Vancouver International Mountain Film Festival films. The screening will take place at 19:00 on Thursday, 16 June, at Witfontein Forest Station. Tickets are R100 per person.

“The Discovery George MUT action starts on Thursday morning already,” Schmahl noted. “The VK Challenge, which features a vertical kilometre of climbing, from the Ground Zero Bike Park to the summit of George Peak, kicks off the festivities at 08:00 in the morning. Then there’s the popular George Trail Running Time Trial in the afternoon at 17:00. The 5-kilometre run if free for anyone to join and starts in the dip, near the Ground Zero Bike Park, on Camphersdrift Street.”

“George’s trail running community plays a massive role in making the event possible,” Schmahl thanked. “Route prep is currently being done by our GTR trail maintenance team and Halfway Toyota George has come on board by sponsoring vehicles to get our volunteers to the aid stations. Geronimo Spur are also getting in on the Discovery George MUT excitement and will be giving each trail runner, crossing the finish line, a free burger.” 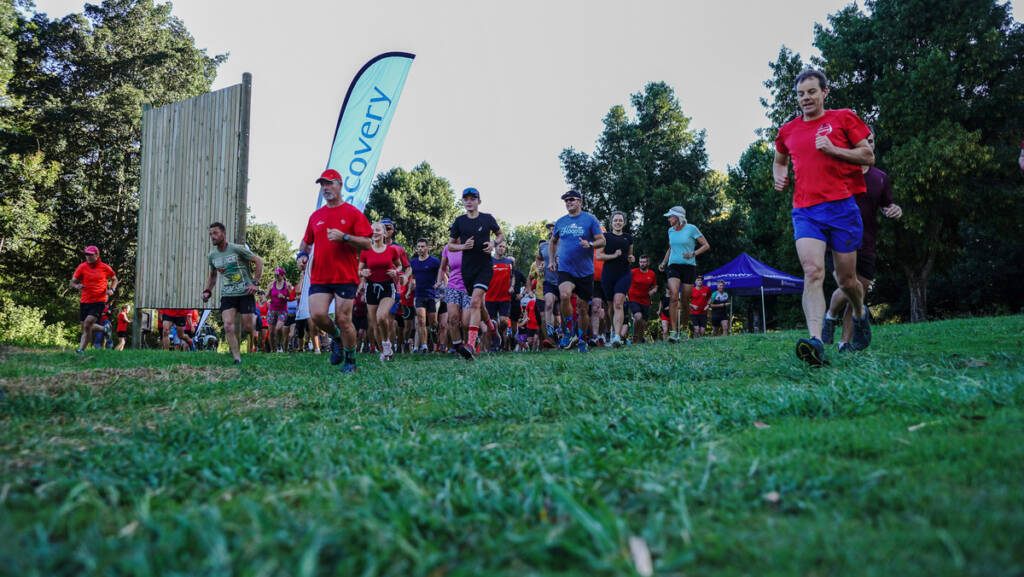 The George Trail Running community is an integral part of the Discovery George MUT, and visiting trail runners are invited to join the GTR Time Trial on Thursday afternoon too. Photo by Zane Schmahl.

“We’re also very excited to have some big names, as well as big numbers, taking part in 2022,” Schmahl continued. “There are 850 trail runners entered for the 100-, 60-, 42-, 25- and 10-kilometre events thus far. Entries are closed for the longer distances but line entries for the 10K will still be available on Friday, at registration.

“Although we’ve added a 100-kilometre ultra for the 4th edition of the race the 60-kilometre remains the most hotly contested racing distance. Defending champion and course record holder, Kane Reilly, is back to defend his title against the inaugural champion, Roelof Mostert, Mvuyisi Gcogco, Ian Metcalfe, Lucas Adams and Bradley Hyman. One of the interesting sub-plots for the race will be to see if anyone can better Reilly’s record of 6 hours, 18 minutes and 11 seconds this year.” 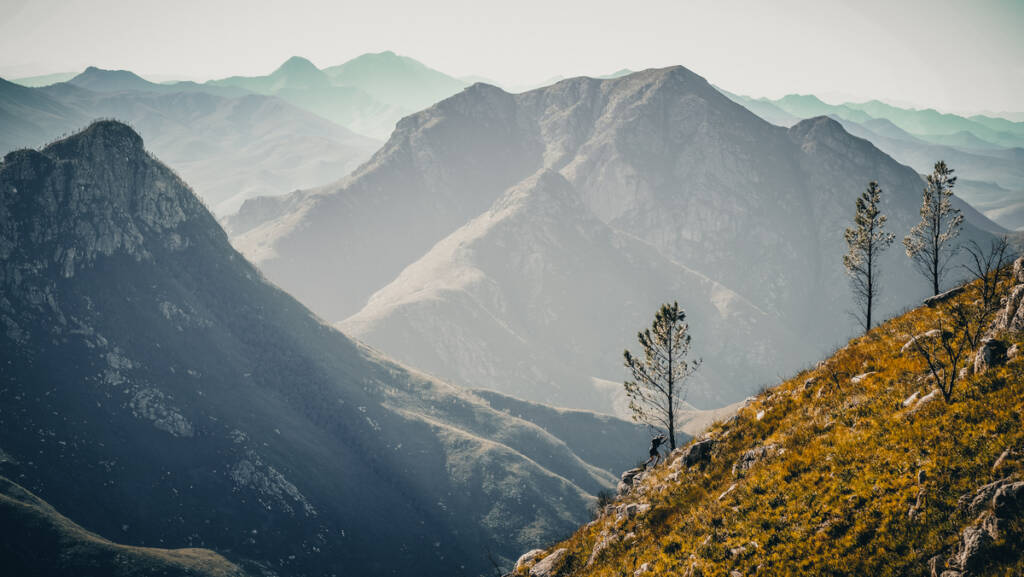 Kane Reilly, the defending 60km champion, is the favourite to regain his title and could challenge the course record he set in 2021. Photo by Zane Schmahl.

In the 100-kilometre distance Bruce Arnett, Lodelia Odendaal, Caro Jordaan, Tarrin van Niekerk, Brandon Hulley, Alana Munnik, Nic de Beer, Anele Bans and Scott McIvor are all runners to watch. Pacers are allowed for the final 33-kilometres of the course, adding to the safety for runners who are expected to take around 20 hours to complete the route which includes 4 500-metres of accumulated elevation gain.

Having launched in 2021 the 42-kilometre mountain marathon record currently stands at 4 hours, 7 minutes and 43 seconds. Jacques Buys will toe the line again in 2022 as he seeks to better his effort from 12 months ago, but he will need to see off James Frazer and Christiaan Greyling amongst others to claim the victory. 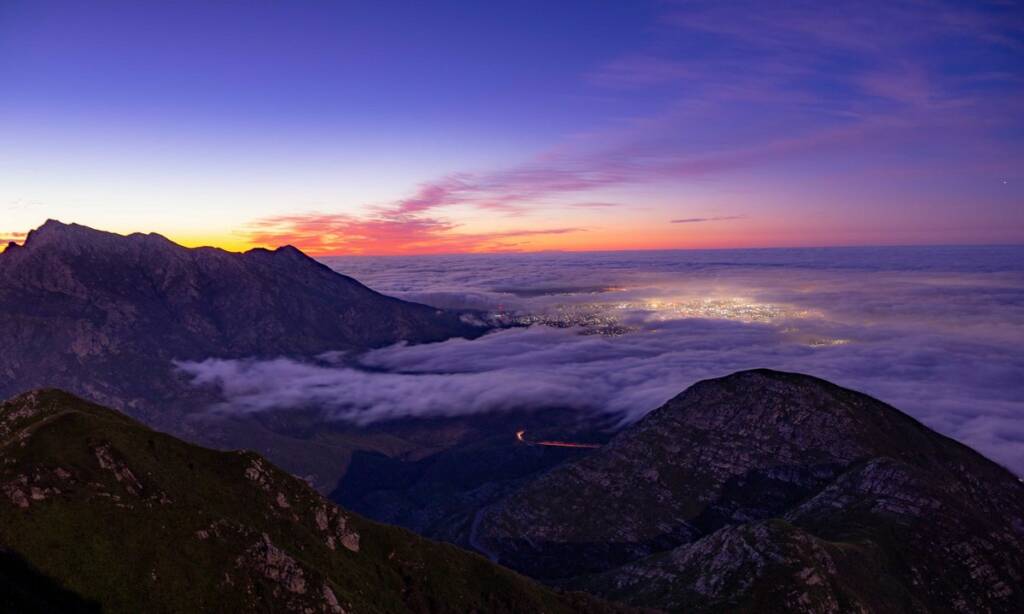 The garden city of George provides the perfect backdrop for the Discovery George MUT, with mountains right on the urban edge, ample accommodation and restaurant options, as well as an airport. Photo by Zane Schmahl.

The women’s race in the 42-kilometre distance is expected to be hotly contested too. Kerry-Ann Marshall, Kate Mapham and Landie Greyling headline that that competition. Though there a number of dark-horses who could give the favourites a run for their money.

South African singer-songwriter Matthew Mole will also be taking part in the Discovery George MUT. The Cape Town based artist is an avid trail runner and will be running to raise funds for the LIV Village. Though it is unlikely that he will be able to keep up with the 25-kilometre race favourites, who include George 6 Peaks women’s record holder Rebecca Köhne. George’s Robyn de Groot, the multiple South African mountain biking marathon champion, will switching two wheels for a pair of trail shoes on Saturday too. 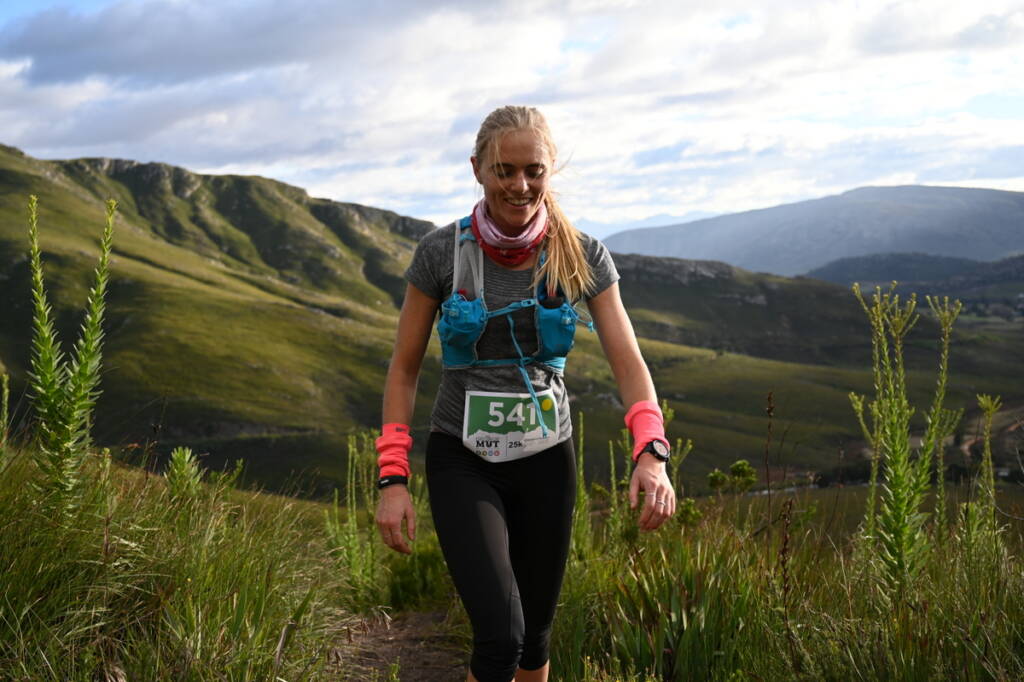 Lijan van Niekerk is among the favourites for what is likely to be the most hotly contested race, for the women’s 25km title. Photo by the Discovery George MUT. 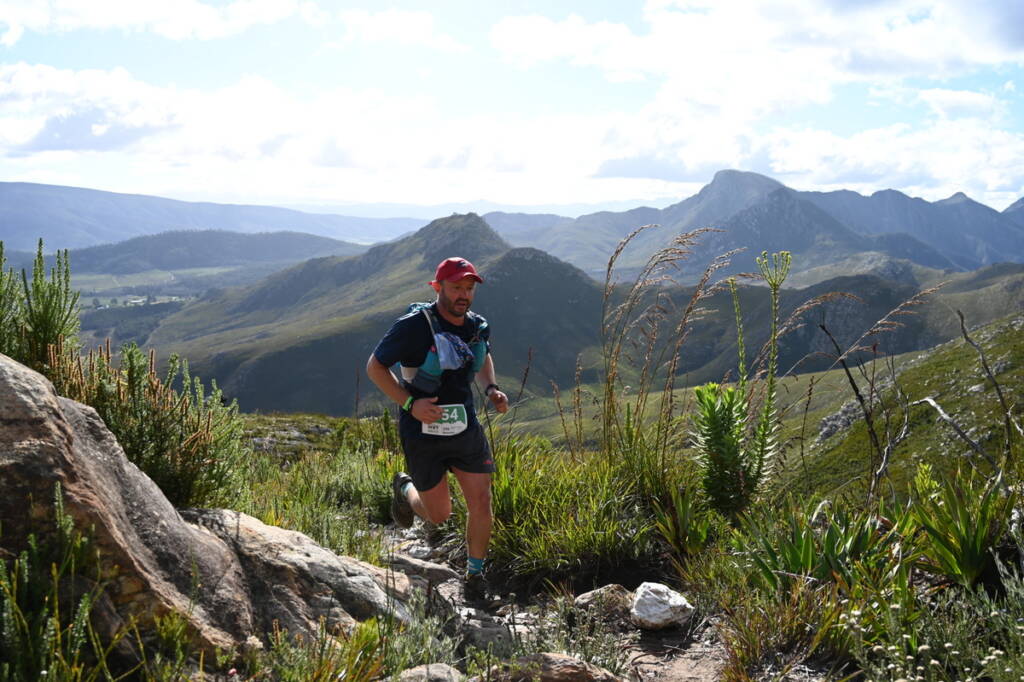