The inaugural 100 kilometre race in the Discovery George MUT was dominated by George locals with three of the six podium places filled by men and women from the Garden Route. Trail running legend Bruce Arnett set the benchmark time for the new route, at 12 hours, 40 minute and 59 seconds. He was followed home by Brandon Hully and Lodelia Odendaal also claimed second in the women’s ultra-marathon. Hully’s cousin, Rebecca Köhne, earned silver in the women’s 25 kilometre event, while many Garden Route Trail Running community members took part or elsewise played a pivotal role in the success of the event.

Arnett was the star of the show from a local perspective, leading the 100 kilometre from the off. For 40 kilometres it looked like there may be a George double, as Odendaal lead the women’s race too. Unfortunately, Tarrin van Niekerk surged past the Addo 100-Miler winner in the second half of the course and claimed the maiden crown. 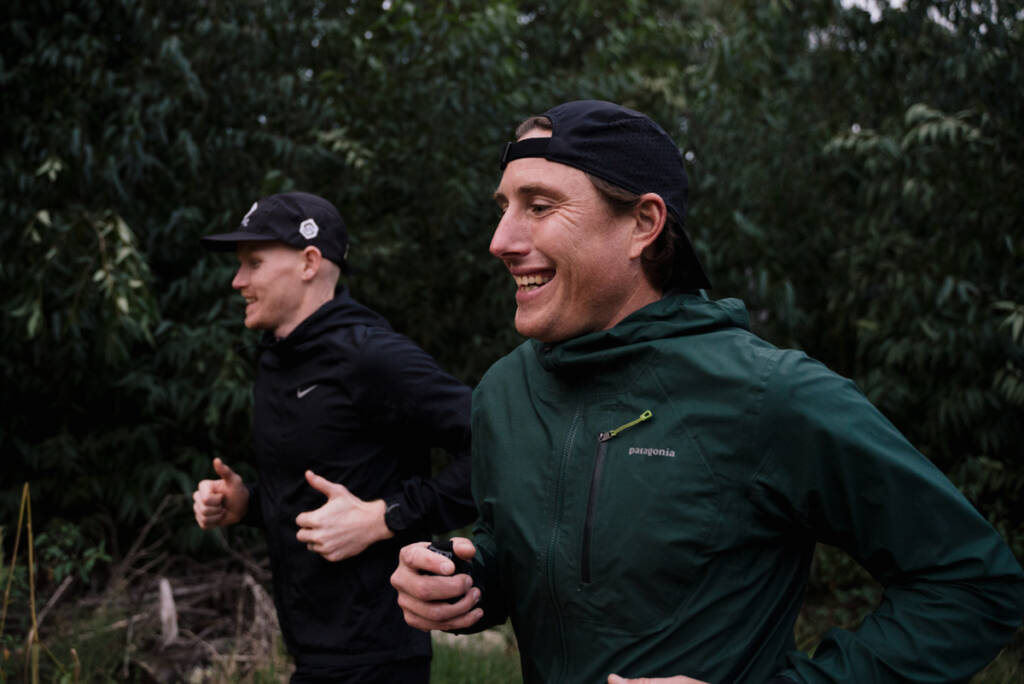 “It was awesome, though there were a couple of tough sections. Tonnelbos on 100K legs… is a bugger,” Arnett grinned, already reflecting positively on the Type II fun he just endured. “It’s hard. But otherwise, I felt super strong and am really stoked. The first time through Tierkop, after 40 kilometres, Robbie [Rorich] was right on me. The crew there said he was 3 minutes back. But I climbed well after that and I think he must have put too much in trying to catch me because the next time through Tierkop he was in third and Brandon [Hully] had moved into second.”

Odendaal for her part was happy with her result, having given it her all out on the trail. “I must say I think this race has massive potential and a lot of big-name runners will find themselves humbled by this course,” she noted from the Witfontein Forest Station. “It’s a very tough but exceptionally beautiful route. Zane Schmahl and the GRT trail builders have done an incredible job putting it together!” 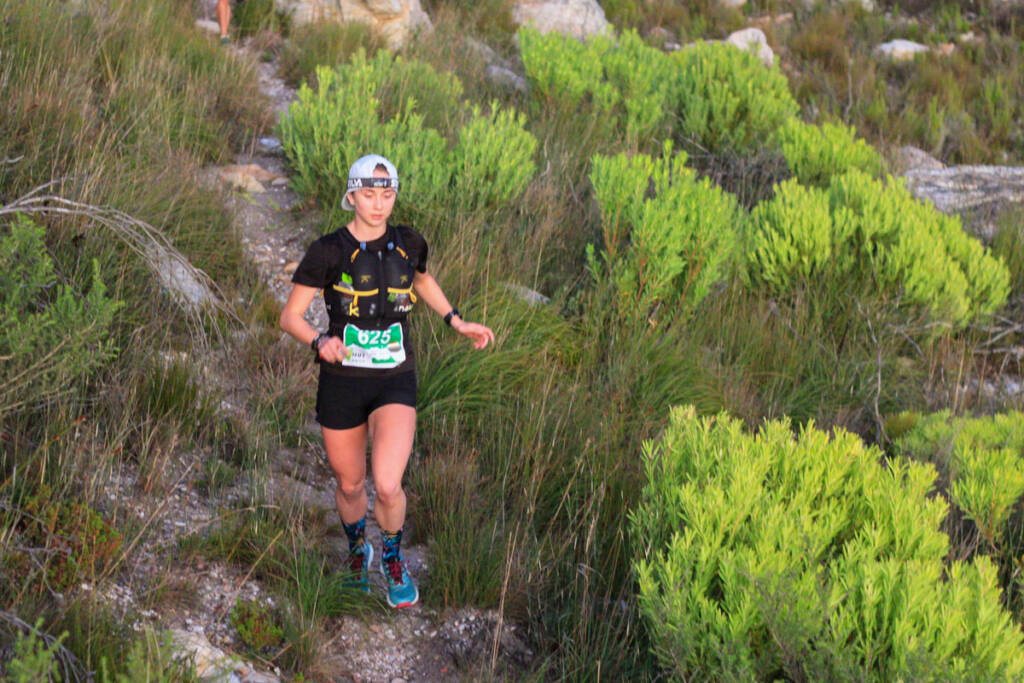 The third George resident to secure a second position in the Discovery George MUT, was eager to look ahead to the future. At only 19 years of age and still finding her feet in trail running, Köhne is a star for the future. “I enjoyed the race,” she said. “Though I knew going in that it wasn’t really steep enough to suit my strengths. I’ll be stepping up in distance from 20 kilometre races to marathon distance trail runs towards the end of the year, so I’m really excited for the challenges those will bring.” 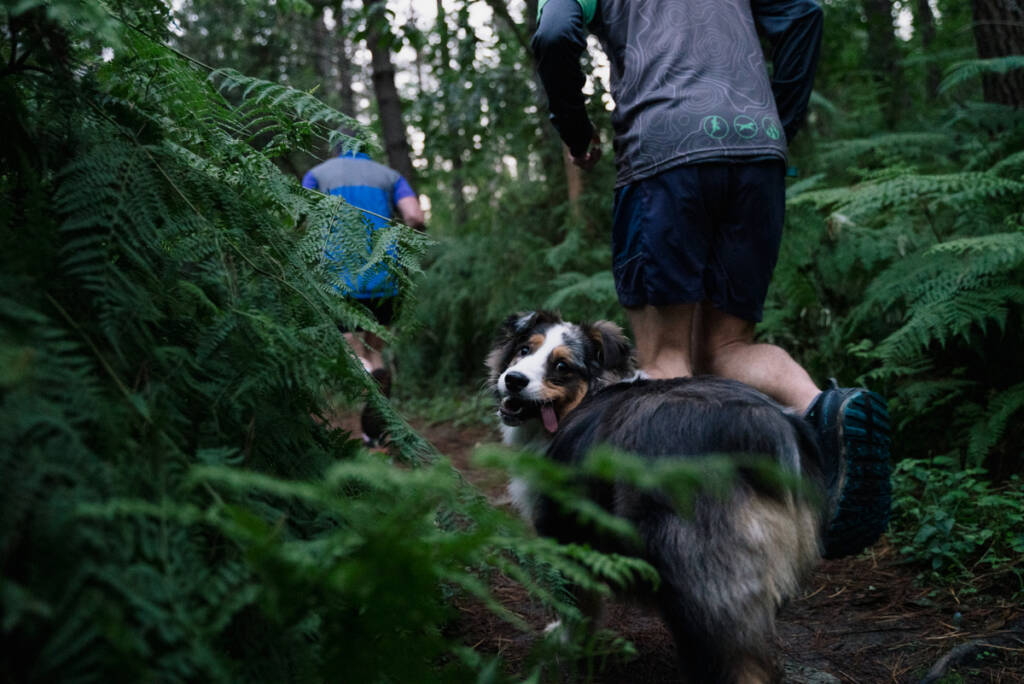 The Garden Route Trail Running community is a cornerstone of the success of the Discovery George MUT long weekend of trail running. Photo by Simon Pocock 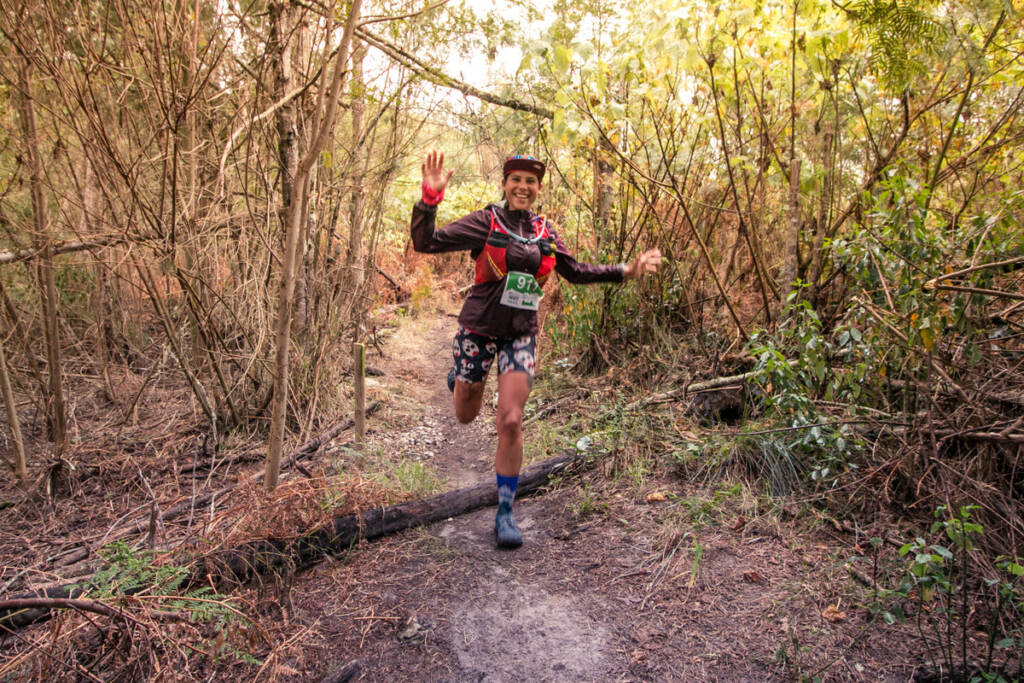 Simone Sharpe, a prominent George resident, was one of the many locals who took part in the 2022 Discovery George MUT. Photo by Emma Rorke.

For more information and the full results from the 2022 Discovery George MUT visit www.georgemut.run.