The Momentum Medical Scheme Cape Pioneer Trek, presented by Biogen, got underway in George on Sunday, 4 September. Arno du Toit – who won the race when it was last held, alongside Gert Heyns – won the 26 kilometre long Prologue with his Insect Science Pro teammate Keagan Bontekoning. Yolande de Villiers and her Madmacs/Coopetto/Bester Performance partner, Stephanie Wohlters, set the fastest time in the women’s race.

Saasveld singletracks beckoned on the opening stage. The 12:00 start and time trial format meant that by the time the elite teams started to roll off the start ramp, at 13:55, the wind had picked up. This coupled with the temperature, which rose into the mid-20s ensured dry and dusty conditions. The racing matched the weather with De Villiers and Wohlters setting the trend for the elite teams with a fast-paced start.

Having only come together, as a squad, in the week before the race Madmacs/Coopetto/Bester Performance team were the lowest seeds. They were therefore first off the start ramp and set the time to beat at the early time check and when they crossed the finish line. The gap to their nearest rivals, Theresa Ralph and Kim le Court, had been 29 seconds at the 13 kilometre mark. De Villiers and Wohlters managed to extend their advantage over the second half of the course, eventually finishing 56 seconds up on the Efficient Insure Infiniti Racing combination. 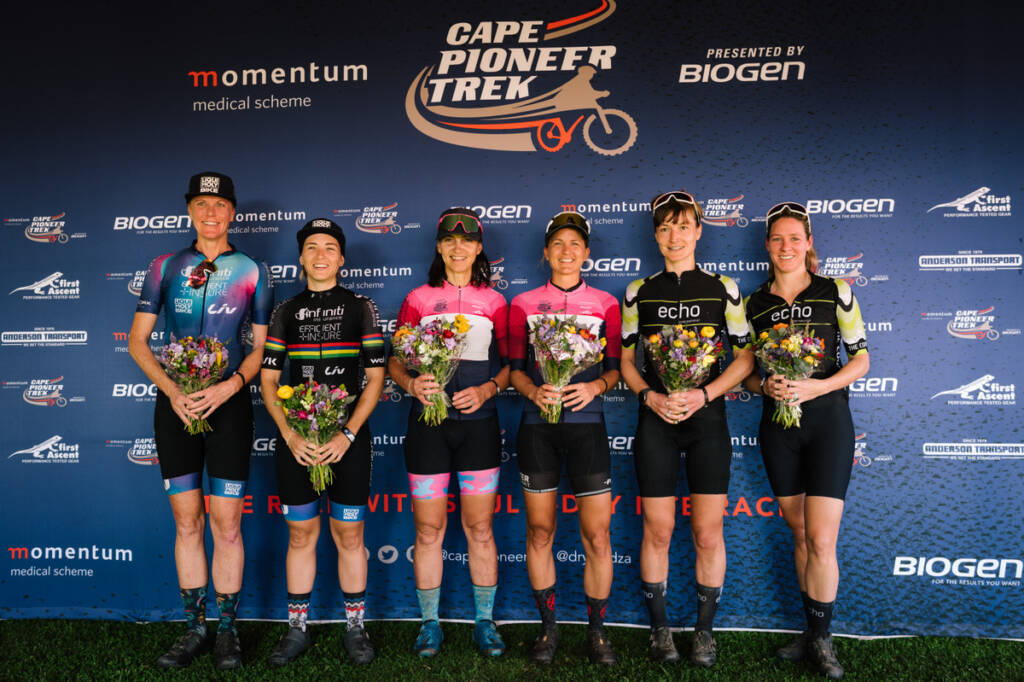 “It’s amazing, unbelievable, incredible,” Wohlters grinned after sealing the stage victory. “That was the hardest and most fun hour and six minutes or so of my life. It was tough out there and I just gave everything, I didn’t leave anything behind.”

Madmacs/Coopetto/Bester Performance’s stage win hands them the inaugural First Ascent pink jerseys of the race and provides a slight buffer going into the opening marathon stage. “My enthusiastic young partner, Kim [le Court] is going to want to take that whole minute back right from the gun tomorrow,” Ralph warned. “But I know we’ll have to pace ourselves. There’s still a long race ahead and you can’t win the Momentum Medical Scheme Cape Pioneer Trek, presented by Biogen, on the Prologue. The winners will only be determined in the Klein Karoo, so we’ll be patient and play it smart over the coming days.” 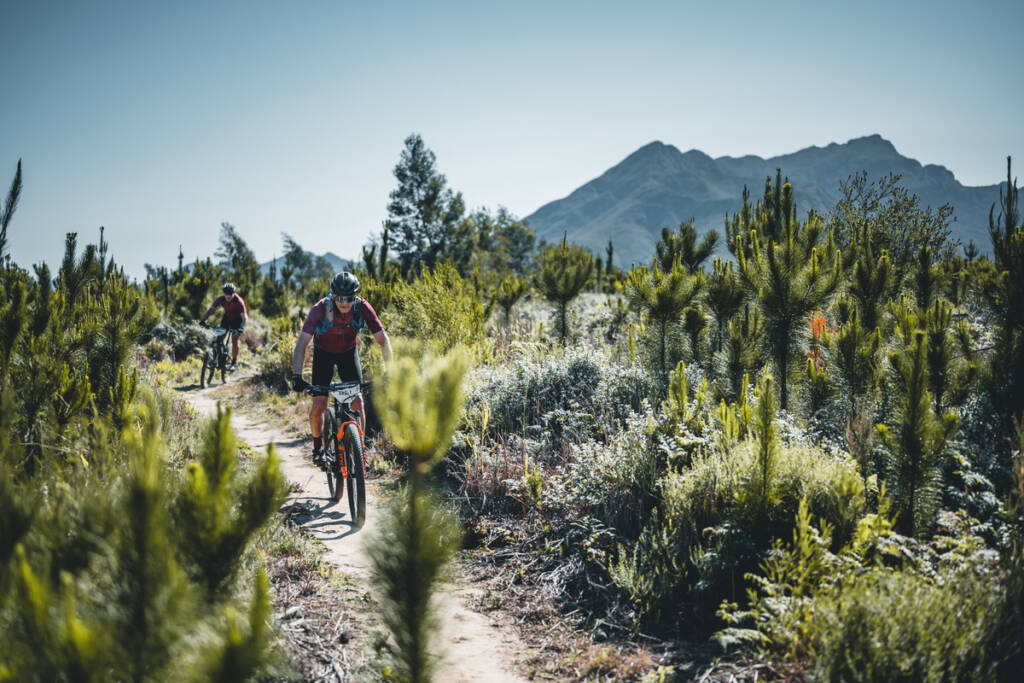 George’s Outeniqua Mountains provided a scenic backdrop for the opening stage of the 2022 race. Photo by Sage Lee Voges for zcmc.co.za.

While 56 seconds separated the top two women’s teams there were just 9 seconds between the top two men’s teams. Du Toit and Bontekoning were 6 seconds up at the 13 kilometre time check, after starting last. The Insect Science Pro team added a further 3 seconds in the second half of the stage, knocking Imbuko {type}DEV A’s Marco Joubert and Pieter du Toit out of the hotseats which they had briefly occupied.

“We’re pretty happy with that,” Arno du Toit enthused. “Mission accomplished for day one. We wanted to keep it nice and steady, focusing on riding smoothly through the singletracks. Sometimes on these trails you just need to keep up the momentum. We tried to focus on that and not go too deep. Saying that I was a bit fried at the end, so I think we paced our effort to perfection.”

Insect Science Pro take the slenderest of advantages into Stage 1 over Joubert and Pieter du Toit. “We have two teams nicely poised,” Joubert pointed out though. “Both the Imbuko {type}DEV teams are pretty close to the yellow jerseys, so Arno [Du Toit] and [Keagan] Bontekoning will have to mark any attack. It makes it pretty exciting going into tomorrow.” As Joubert alluded Imbuko {type}DEV B 1 minute and 47 seconds down on the early race leaders. Wessel Botha and Rudi Koen were third fastest on the Prologue, 20 seconds ahead of Valley Electrical Titan Racing and 41 seconds better off than KMC.

Monday’s Stage 1 once again starts and finishes at Van Kervel School, in George. The 55 kilometre route includes 1 850 metres of climbing and promises to be another singletrack filled day. Punchy climbs and twisting trails will sap the riders’ energy, on a stage that is sure to be harder in reality than it appears on paper. To follow the racing on social media like the Momentum Medical Scheme Cape Pioneer Trek, presented by Biogen, Facebook page or follow @CapePioneerTrek on Twitter and @capepioneer on Instagram. For more information visit www.capepioneer.co.za. 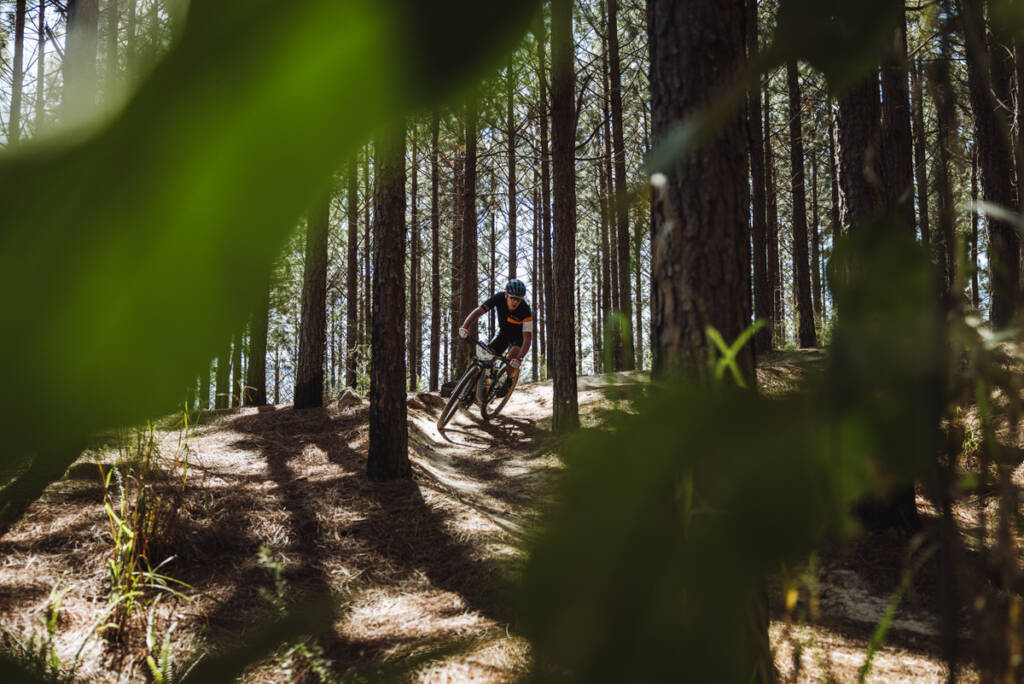 Saasveld’s singletracks proved punchy and challenging for the 250 riders taking part in the Photo by Erin Nel for zcmc.co.za. 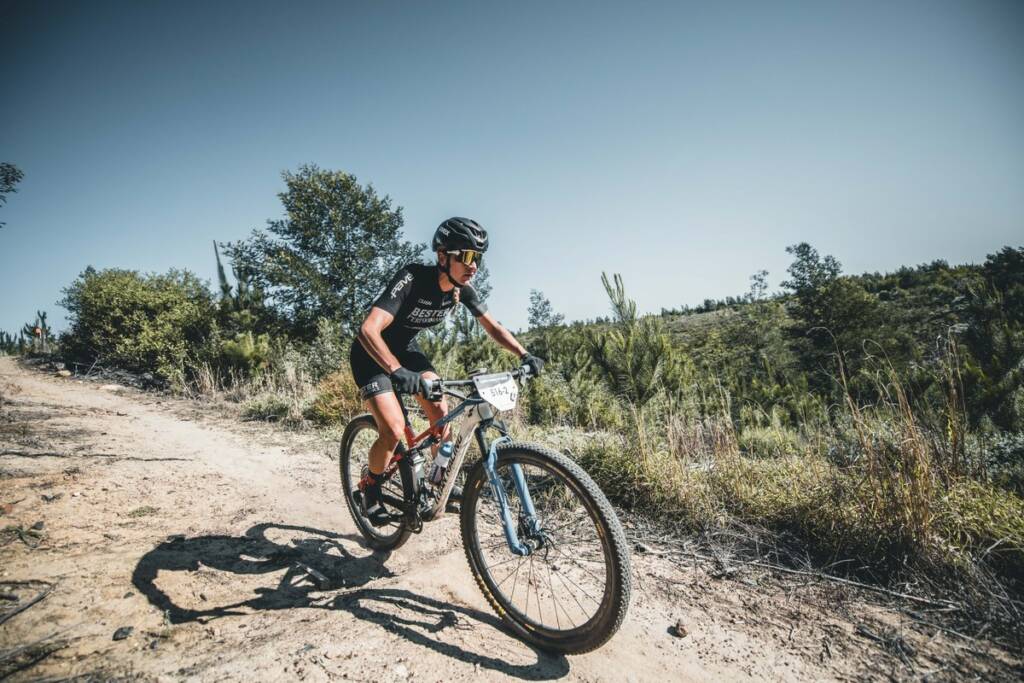 By Seamus Allardice|2022-09-04T20:19:08+02:00September 4th, 2022|News|Comments Off on Insect Science and Madmacs/Coopetto/Bester Performance Get the Cape Pioneer Trek Off to Winning Starts