Stage 2 of the 2022 Momentum Medical Scheme Cape Pioneer Trek, presented by Biogen, took the race from George, in the Garden Route, to Louvain, in the Langkloof on Tuesday, 6 September. The 76 kilometre long stage took in an ascent of the Montagu Pass, which proved decisive in the men’s race. Imbuko {type}DEV A’s Marco Joubert and Pieter du Toit used the pass to launch their stage winning move. While in the women’s race Theresa Ralph and Kim le Court used the climb to extend the advantage they had built before the climb into a buffer which handed them comfortable victory.

For the second day in a row the Efficient Insure Infiniti Racing team were in a class of their own. Le Court had to give Ralph a helping hand a few times, in order to keep their tempo high, but with Stephanie Wohlters starting to show signs of fatigue the overall race leaders’ were never truly under pressure. “We didn’t go into today with too much of a plan,” Le Court said. “We just wanted to see how our legs felt. As soon as we saw we had a little bit of a gap we just kept our tempo and rode fast but safely through the stage.” 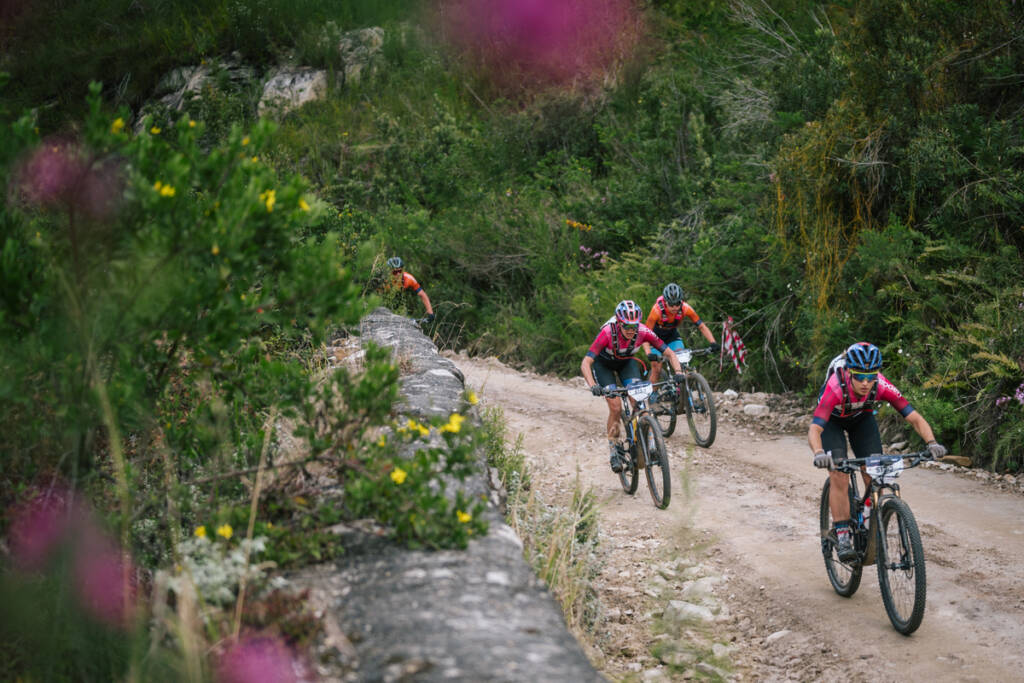 “Ja, I decided I needed to eat some dirt in George before we headed into the Klein Karoo,” Wohlters signed. “It was a stupid crash, but I hit the ground pretty hard and had to straighten my handlebars out before I could get going again. It rattled me a bit. After the fall we worked to find our rhythm. Yolande [de Villiers] found hers, but I struggled. She really helped me through the stage.”

Behind the Action Cycles Scotrho Brokers team had their best day of the race. “Wow, that was tough,” laughed Ila Stow as she wolfed down a Biogen recovery drink. “The Action Cycles women were on another level today on the flats. I haven’t suffered so much in a very long time, just trying to hold their wheels. At one stage Juanita asked if we were enjoying it back there, in an attempt to get us to help set the pace. But we just couldn’t. Fortunately, they weren’t as strong on the technical climbs near the finish as they were on the rolling roads and we were able to get a gap and finish third again.” 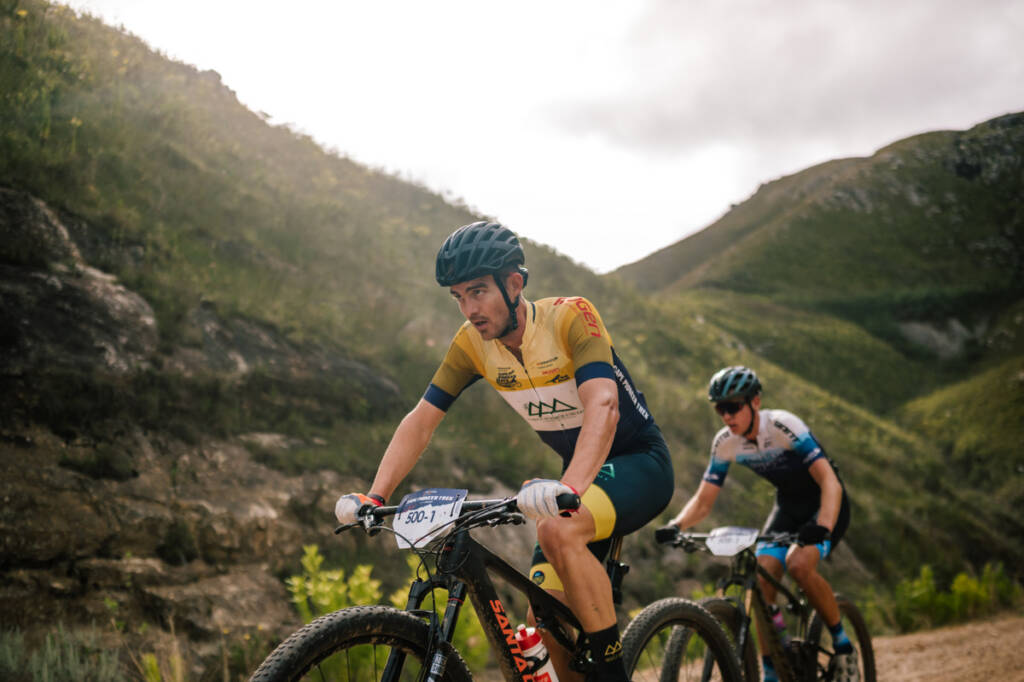 Arno du Toit was unable to follow the pace set by Marco Joubert and Pieter du Toit on the Montagu Pass, which put the Insect Science team on the back foot for the second half of the stage. Photo by Justin Reinecke for zcmc.co.za.

In the men’s race the battle was fiercely fought throughout. Imbuko {type}DEV had planned to attack on Montagu Pass and it could not have worked out much better for Joubert and Pieter du Toit. “The plan coming into today was to hit Montagu with everything we had, pretty much,” Joubert confessed. “We just sat on the Insect Science guys’ wheels in the lead into the pass, because they are stronger on the punchy stuff. Then we attacked on Montagu Pass and managed to create a nice gap, with Rudi [Koen] staying with us. Pieter [du Toit] really thrives on the flats, so we were able to roll a really nice pace and extend the gap to the finish. The plan worked out and it feels really good when that happens.”

“Up Montagu we were just a bit out powered by the Imbuko boys,” Arno du Toit allowed. “They rode a textbook race up there and having three guys together really allowed them pull the gap with Rudi [Koen] helping them. We did our best to close back to them, but unfortunately mechanical issues cost us too. We lost quite a bit of time today.” 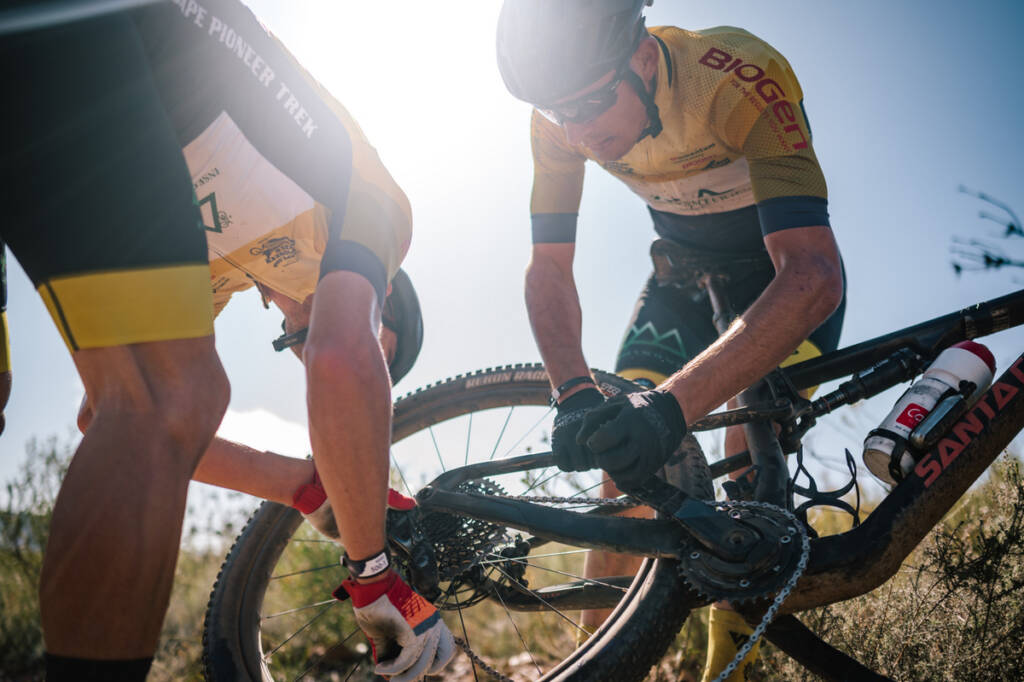 Keagan Bontekoning’s mechanical cost him, and Arno du Toit around 2 minutes in the final 20 kilometres of the stage. Photo by Justin Reinecke for zcmc.co.za.

Despite losing 3 minutes and 56 seconds on the stage, and falling to 3:47 back on the general classification, the Insect Science Pro team are still well poised for the latter stages of the race. Pieter du Toit crashed in the finale of Stage 2 and the high number of both punctures and mechanicals highlights that the race is far from over. Anything can still happen at the Race with Soul.

Wednesday’s Stage 3 is the first in the Klein Karoo, though it remains in the more fertile reaches of the Langkloof rather than crossing into the arid planes which make the region infamous for testing mountain biking. The route includes 1 400 metres of climbing in 63 kilometres and promises to play to the strengths of the punchier riders. To follow the action as it unfolds like the Momentum Medical Scheme Cape Pioneer Trek, presented by Biogen, Facebook page, follow @CapePioneerTrek on Twitter and follow @capepioneer on Instagram. For more information visit www.capepioneer.co.za. 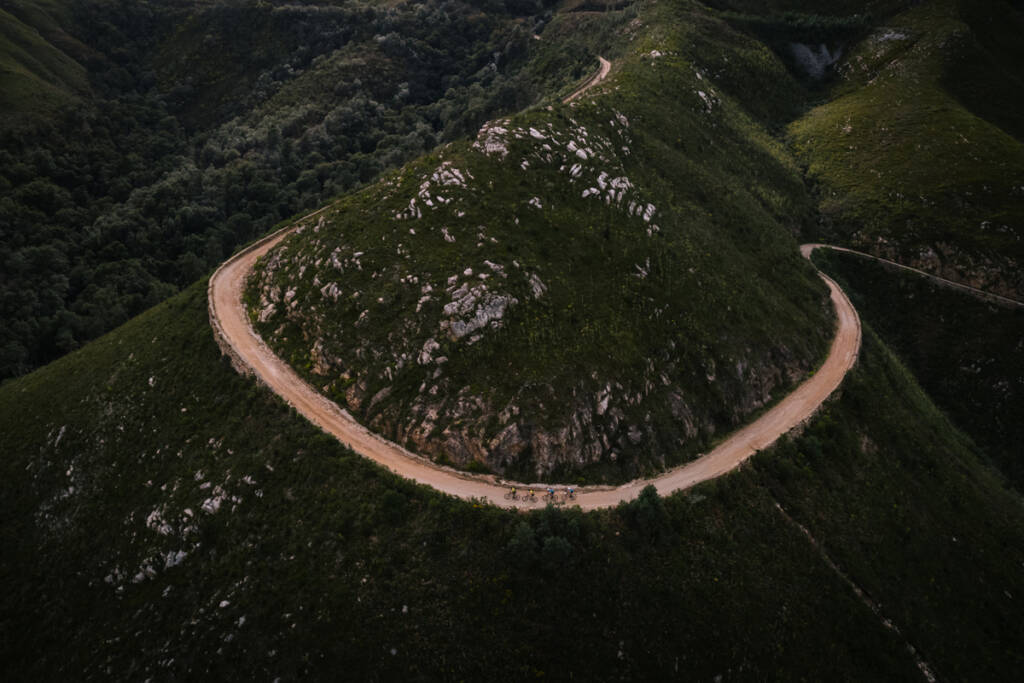 The Montagu Pass is one of the icons of the Momentum Medical Scheme Cape Pioneer Trek, presented by Biogen, route. Photo by Erin Nel for zcmc.co.za. 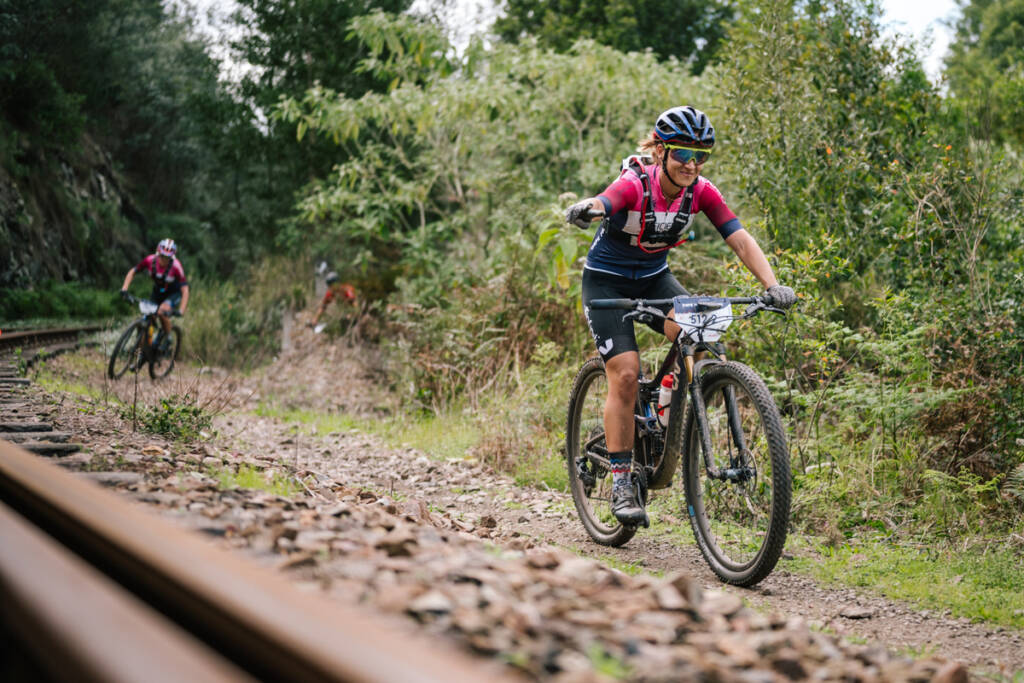 Kim le Court enjoying the last of the Garden Route trails in the early kilometres of Stage 2. Photo by Sage Lee Voges for zcmc.co.za. 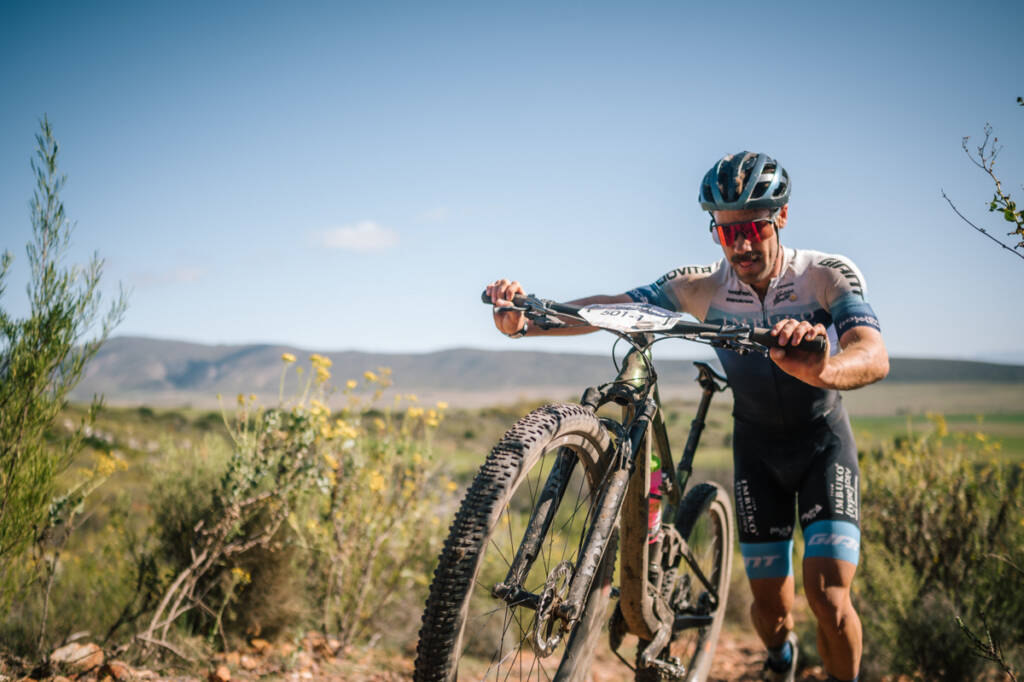 Marco Joubert and Pieter du Toit were able to extend their lead over the technical final 20 kilometres to win the stage by 2 minutes and 22 seconds over the Imbuko {type}DEV B team. Photo by Justin Reinecke for zcmc.co.za.