The Mountain Ultra-Trail by UTMB® is set to welcome trail runners from across the globe to the Southern Cape of South Africa 26 – 28 May 2023. It is currently the only UTMB® World Series Finals qualifying event on the African continent and forms part of a 30 event UTMB® World Series calendar for next year.

For the first time ever, the UTMB® World Series will head to Africa in 2023, with the confirmation that Mountain Ultra-Trail (MUT) by UTMB will join the circuit. Staged in the Outeniqua Mountains, which tower over the Garden Route city of George, the event will be celebrating its fifth edition next year. In addition to joining the UTMB® World Series it will also be adding a 100-Miler distance to its race options, which already include 100-, 60-, 42-, 25- and 10-kilometre trail runs. 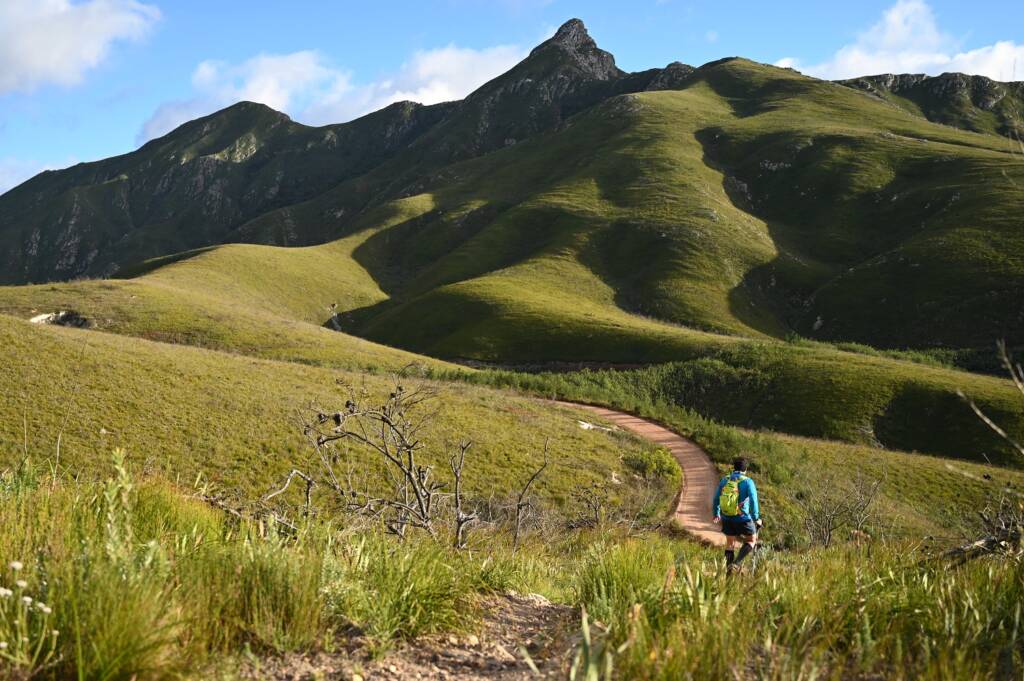 The Outeniqua Mountains of George will play host to 6 race distances including the first edition of the events 100-Miler race. Photo by Emma Rorke.

In 2023 the global UTMB® World Series will boast 30 events, across Europe, the Americas, Oceania, and Asia with the MUT by UTMB representing the sole African event on the calendar. As such it provides South Africans with a superb local opportunity to qualify for the UTMB® World Series Finals, which take place from 28 August to 3 September.

As a UTMB World Series Event, Mountain Ultra-Trail by UTMB provides trail runners with opportunities to access the UTMB World Series Final, the OCC, CCC or UTMB, in Mont-Blanc, France. The top three finishers, in the men’s and women’s categories, in the 100-kilometre and 100-Miler will earn a place at the OCC and CCC respectively. All finishers of MUT by UTMB will be awarded Running Stones which can be used to enter the lottery for the Finals in 2023. There are four stones on offer to those who complete the 100-Miler; three on offer for the 100-kilometre finishers; two for both the 60-kilometre ultra and the 42-kilometre MUT Marathon; and one for the 25-kilometre MUT Challenge. 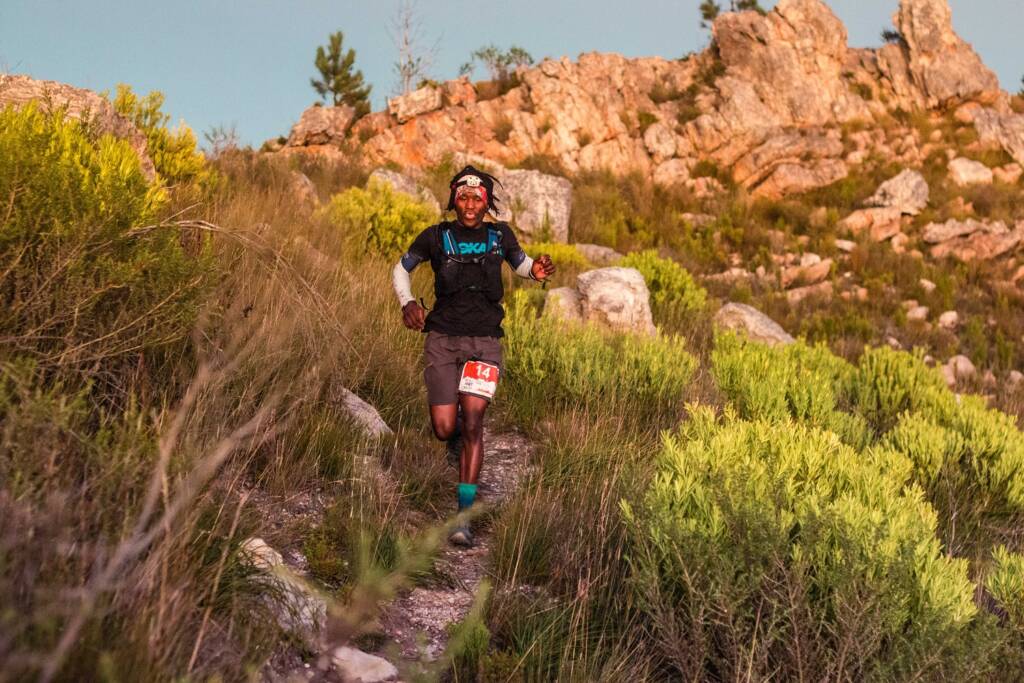 “We are excited to be joining the biggest World Series in trail running and to be the first event on the African continent to form part of the UTMB World Series,” race director and founder, Zane Schmahl said. “It is a dream come true for our event and we are hard at work for the MUT by UTMB to live up to the expectations of a premiere event.”

“The George trail running community has been instrumental in building the event to the point where it is today,” Schmahl continued. “It is testimony to their passion that the race has been elevated to the UTMB World Series level. While it is becoming a truly international event, the MUT by UTMB will always retain its South African soul, providing small town hospitality and uniquely local touches to all aspects of the races. We will also continue to work towards attracting the country’s top trail runners and providing them with the platform from which to launch their international seasons. Which is part of the reason for a shift to an earlier date on the calendar, in order to ensure that South African runners can take part in MUT by UTMB before heading over to Europe for the busy June/July period before the UTMB World Series Final in late August.” 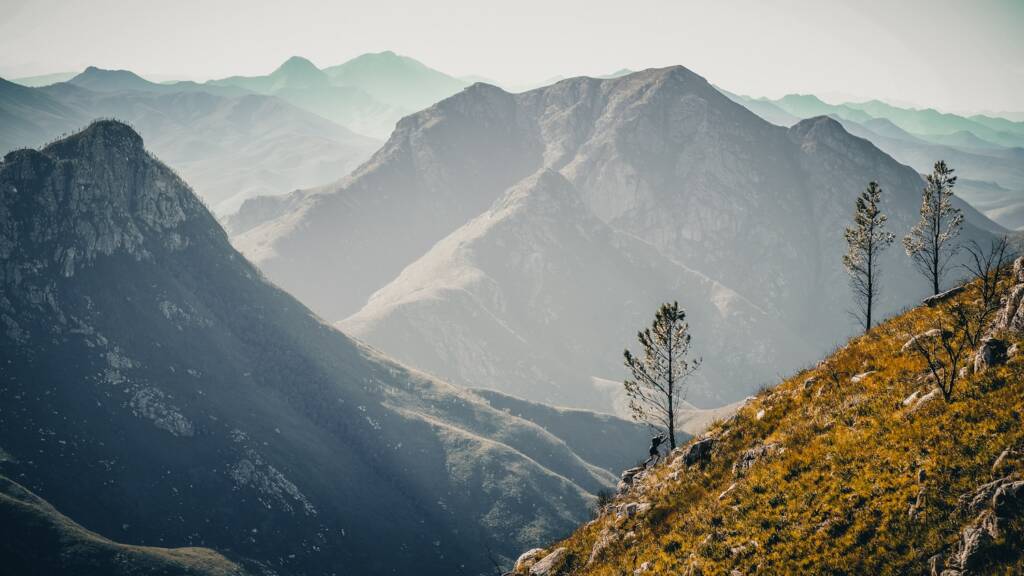 The Outeniqua Mountains have proven, since 2018, to be the perfect location for creating challenging but beautiful routes of various distances for the Mountain Ultra-Trail by UTMB. Photo by Zane Schmahl.

Entries to the 2023 edition open on 16 November 2022. Would-be 100-Miler entrants will be excited to note that the route for the 160-kilometre distance has already been plotted. It will feature 7 500 metres of climbing, nine aid stations and a 48 hour cut-off. The expected average time for the new distance is predicted to be around 36 hours. In order to ensure that most finishers reach the Witfontein Forest Station race village amongst the bustle of the 100-kilometre race finishers the newly added longest distance will start at 14:00 on Friday, 26 May.

For more information on the event, and to secure an entry from the 16th of November onwards, visit www.georgemut.run. Insights into the race distances and the terrain they cover as well as inspiration to enter can be found on the event’s social media handles, @georgemountainultratrail on Instagram and George Mountain Ultra-Trail on Facebook. 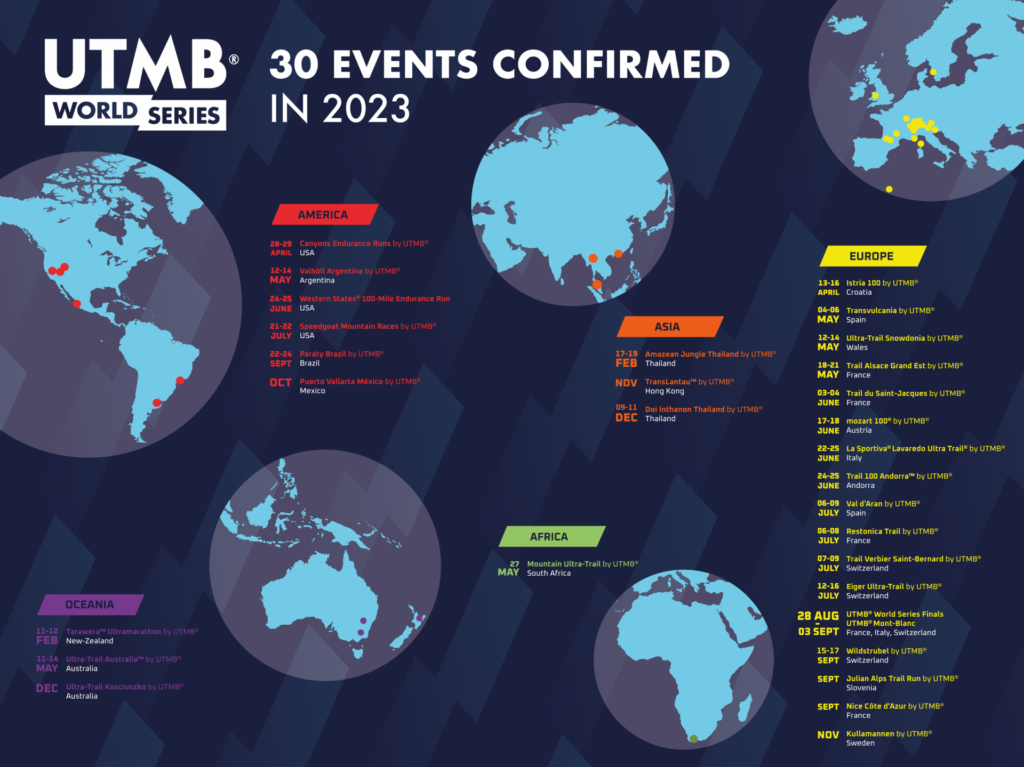 For the full calendar visit www.utmb.world.