In 1992 Avalanche Bicycles were launched into the South African market. 30 years on and the brand is still providing the machines which facilitate adventures, on two wheels, for thousands of cyclists. From toddlers stepping over their first balance bike to eBikers and everyone in between. To mark their 30th anniversary Avalanche Bicycles are launching a ‘Click and Collect’ order system; whereby riders can order the bike of their dreams off the updated website, then pick up and pay for the bike at the Avalanche dealer of their choosing.

“Avalanche Bicycles are virtually synonymous with cycling in South Africa” Andrew Cattell CEO Dragons Sports, the company behind the bikes, said. “Most local cyclists will have had an Avalanche at some point in their riding careers, probably as one of their first bikes. We are exceptionally proud of that! The freedom that Avalanche Bicycles have provided to thousands of kids over the years, be it for pedalling their way to school or getting up to mischief racing around their neighbourhoods or building dirt jumps to hit. Those memories are golden and to have been able to facilitate them through our bikes is something we don’t take lightly.” 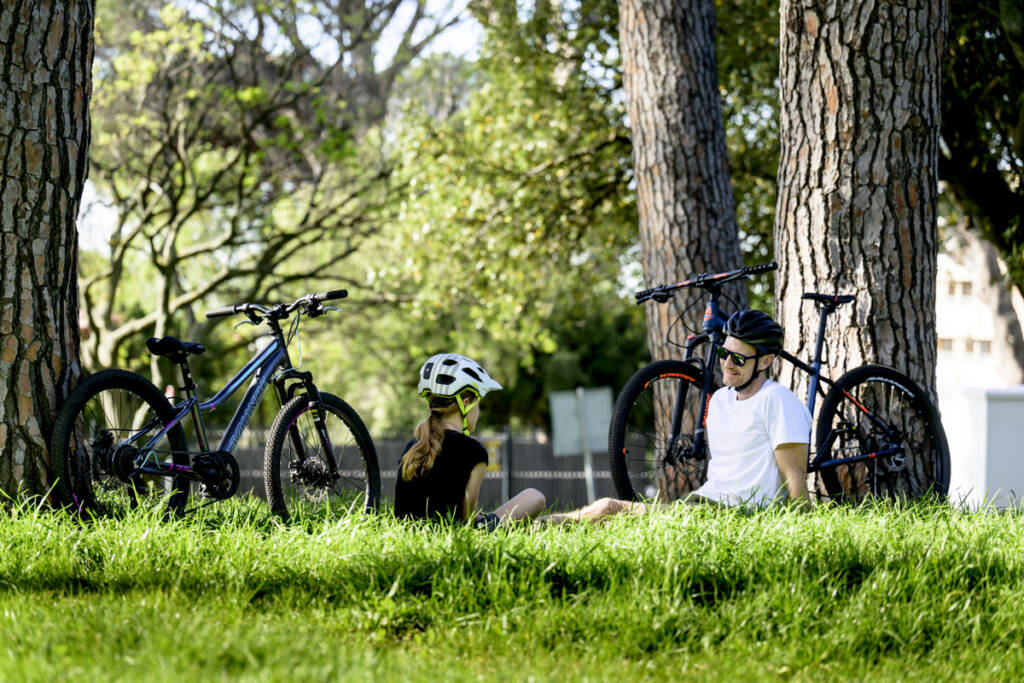 Avalanche Bicycles create bikes for all ages and have facilitated countless family adventures over the last 30 years. Photo by Craig Kolesky.

The Avalanche ethos has always been one of creating affordable, quality, bikes for any adventure. That will continue into the brand’s fourth decade, with an expanded range of offering to cover both road and offroad riding, including electric mountain bikes and electric cruisers, in addition to the kid’s mountain bikes and BMXs. Bicycles for the youngest riders has historically been one of Avalanche’s strengths. This is set to continue with balance bikes, 14-, 16-, 20- and 24 inch wheeled bicycles for both boys and girls.

The Avalanche Bicycles range features men’s and women’s mountain bikes, urban commuters, cruisers, a fat bike and a gravel bike. The Estrada Gravel 700C is a highly capable machine. Not only is it at home on the vast network of gravel roads which criss-cross South Africa but it can also double as a road bike, ideal for taking on the country’s famous mass-participation road races on. For riders who do not regularly venture onto the road, but who want to take part in the Cape Town Cycle Tour or 94.7 Ride Joburg, the Avalanche Estrada Gravel can be easily fitted with fast-rolling road tyres. 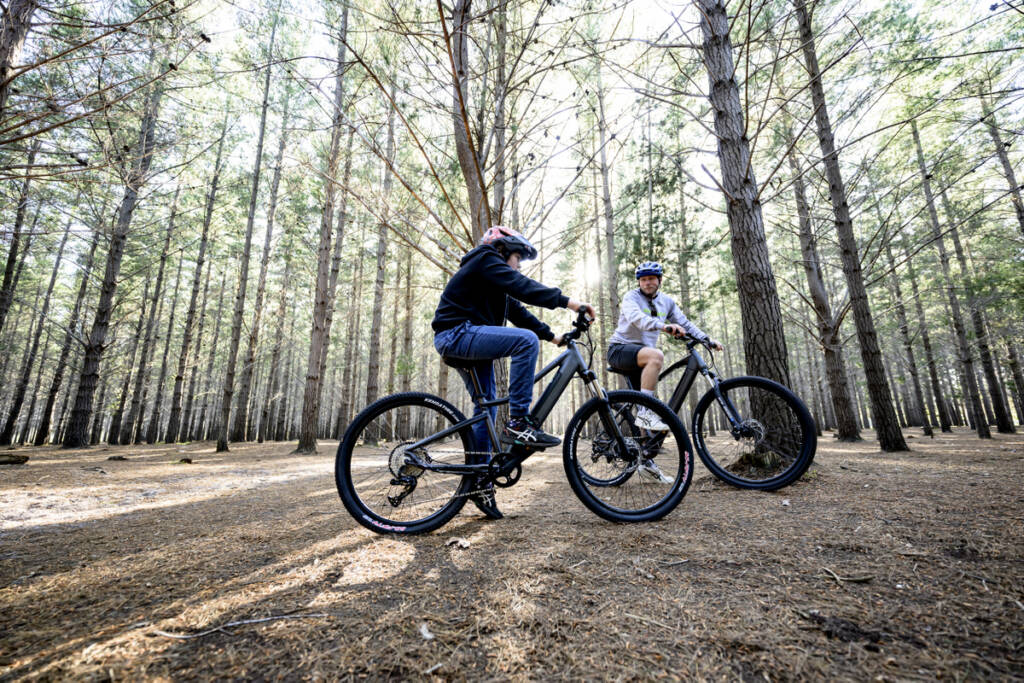 The Avalanche Mte and 26″ Luna-E both feature a 350W motor, neatly integrated batteries and five assistance levels to help power your ride through the trails. Photo by Craig Kolesky.

At the 2022 FNB Wines2Whales events Avalanche Bicycles once more proved their mettle. Sindile Mavundla, the bicycle major of Cape Town and founder of Khaltsha Cycles, led four teams through the Shiraz race. Mavundla piloted the Avalanche Reflex Pro through the singletracks from Lourensford to Onrus, while his teammate Zintle Mpahlwa and the Khaltsha Cycles Ladies, Yomelela Mfazwe and Iviwe Khalo, rode Avalanche Prima Pros.

“Having been part of the Avalanche Brand for five years now, I’m impressed by the commitment to continue providing South Africa with quality affordable bicycles” Mavundla smiled. “My experience aboard the Reflex Pro has been great, the bike handles very well and the shifting from the L-TWOO AX groupset is perfect. I have been especially impressed with the airfork, particularly when riding through some of the rocky areas which we encountered during W2W.”

The Reflex Pro and Prima Pro mountain bikes, plus all remainder of the Avalanche range, are available via the brand’s new ‘Click and Collect’ platform on their website. Cyclists can visit www.avalanchebikes.co.za to browse the full range, then order the bike of their choosing and select which independent Avalanche dealer they would like to have the bicycle delivered to. The bike shop will then notify the purchaser when the bicycle arrives, allowing the rider to complete the sale in store. This ensures that bike shops remain an integral part of the Avalanche Bicycles business model and helps develop the relationship between cyclists and their independent local retailers. 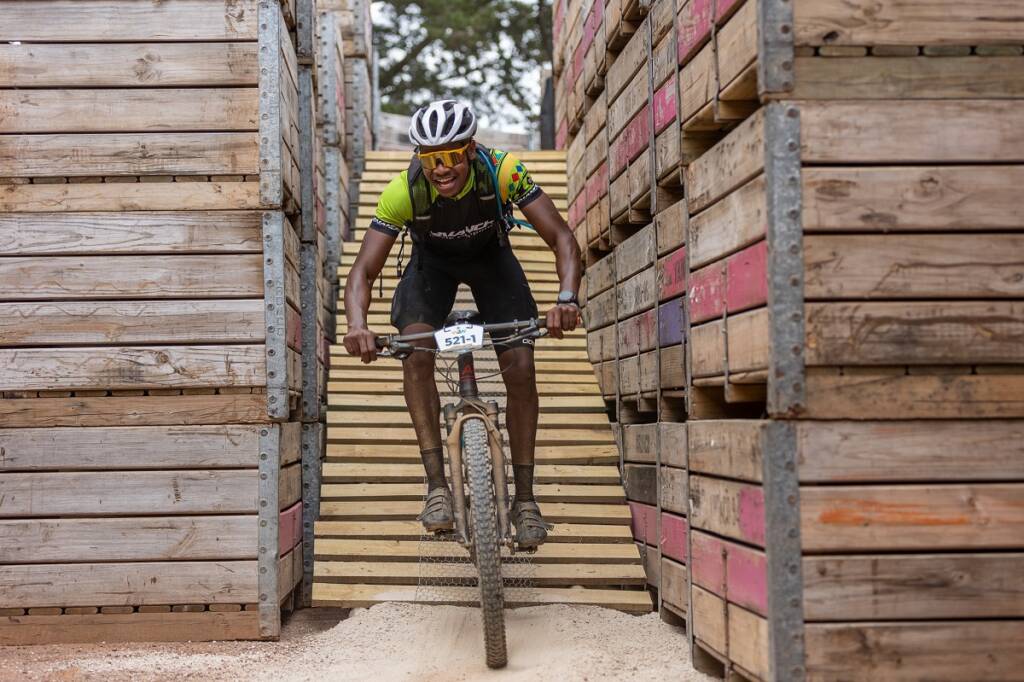 Siphosethu Mejini, of Avalanche Bicycles, drops through the Paul Cluver Play Park on Stage 2 of the FNB Wines2Whales Shiraz event on his Avalanche Reflex Pro. The 2022 W2W is Mejini’s fourth aboard the same Reflex Pro. Photo by Max Sullivan.