Jaroslav Kulhavý and Howard Grotts fought their way into the virtual lead on the trails before the Absa Cape Epic showed its teeth, during Stage 2 in the Breede River Valley, on Tuesday the 20th of March. The elite women’s team of Annika Langvad and Kate Courtney meanwhile managed to avoid issues and further extended their lead; on the second day out out-and-back riding from Arabella Wines.

The 106 kilometre long stage, which took in 2 000 metres of climbing, featured a profile like the blade of a saw. It was expected that the first and second placed teams in the men’s race – Cannondale Factory Racing and Investec-songo-Specialized – would allow the teams further down on the general classification do the hard yards, but Kulhavý and Grotts had other ideas.

After the group of main contenders ticked off the first 40 kilometres together the Investec-songo-Specialized pair made their way to the front of the lead group and steadily increased the pace. On a descent following water point two, at 59 kilometers, Kulhavý and Grotts escaped off the front of the group and the pair established a lead which totalled 1 minute and 25 seconds at its peak. 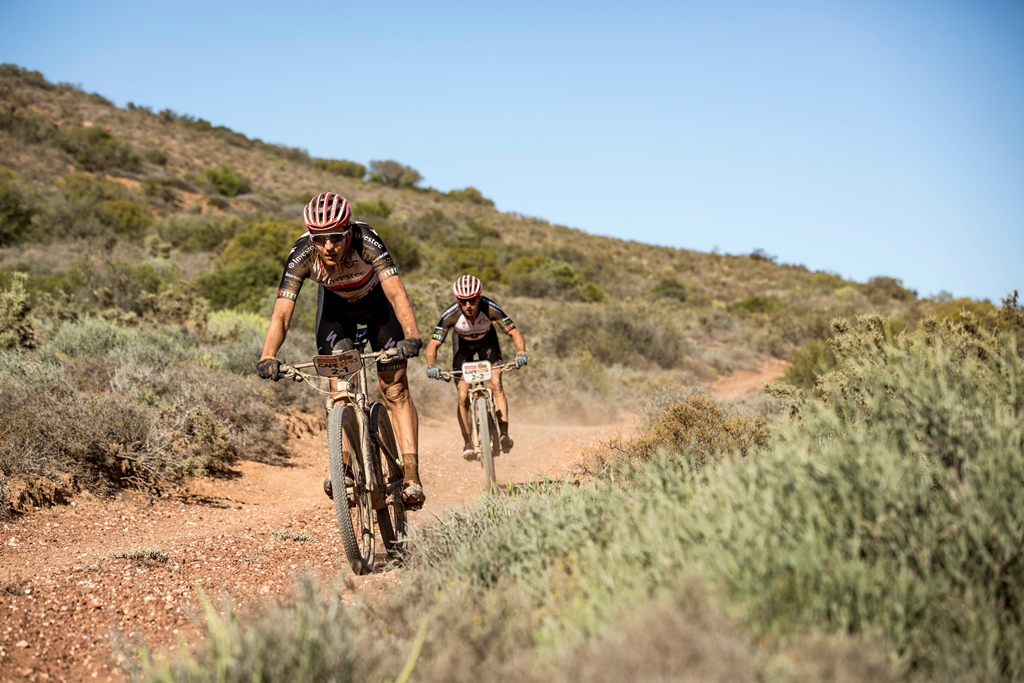 Jaroslav Kulhavý and Howard Grotts made a break which saw them open a gap of 1 minute and 25 seconds over the chasing pack before two punctures put pay to their chances of stage victory. Photo by Nick Muzik/Cape Epic/SPORTZPICS.

Having effectively ridden themselves into the race lead, the Cape Epic bared its fangs. A flat tyre for Kulhavý on the Bosvark singletrack, which was also the day’s Land Rover Technical Terrain, saw their lead evaporate as they repaired the puncture. The pair were back on their bikes in time to join the group of four teams which had been in hot pursuit behind them. Once again they attacked and having started to build another lead a second puncture, and a broken valve core on Kulhavý’s bike, saw their efforts wiped from the slate. By the time they had inserted a tube they were close on 4 minutes behind the leaders.

A damage limitation chase ensued as Kulhavý and Grotts were able to reduce the deficit to just 1 minute and 42 seconds; finishing the day 2 minutes and 23 seconds down on the overall leaders, and stage winners, Manuel Fumic and Henrique Avancini of Cannondale Factory Racing. “Punctures and mechanicals are part of mountain biking and we all know that it’s a long race still. Importantly, despite digging so deep today, Jaro (Kulhavý) and Howie (Grotts) are feeling good now. A lot can still happen in this year’s Absa Cape Epic” Kandice Venter, the Specialized Global XCO Programme Manager reflected. 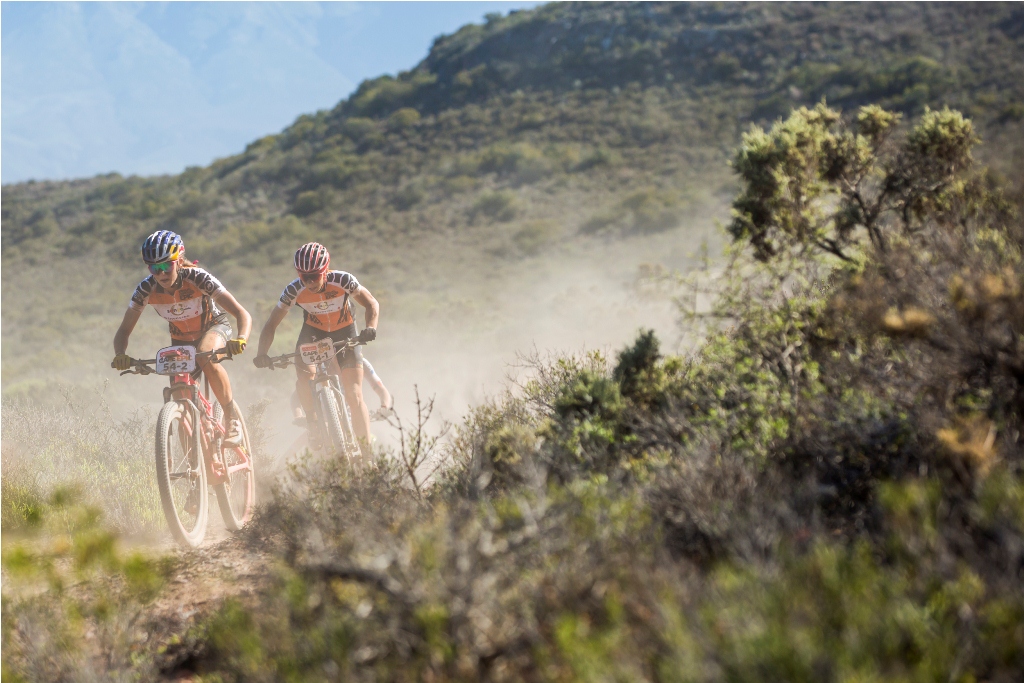 Kate Courtney leads Annika Langvad through a singletrack section on their way to a third successive stage victory. Photo by Ewald Sadie/Cape Epic/SPORTZPICS.

The women’s race followed a similar pattern to the men’s; with the leading contenders shadowing each other throughout the first hour of racing, before the Investec-songo-Specialized women took control of proceedings. Speaking after the stage Annika Langvad stated that they took a slightly more conservative approach, increasing their pace only in the second half of the stage and gauging their efforts to avoid expending unnecessary energy. “I was pretty tired after Stage 1” Langvad confessed. “It is still very close and there is a long way to the finish. It’s good for women’s racing, but not ideal for us that it is so close” the race leader joked. “But we are satisfied with three good first days so far.”

The riders from the songo.info programme – Anrique Davids and Ntlantla Nonkasa, and Lwazi Ntsakaza and Sikhusele Bhungane – had solid days on the bike once again. Davids and Nonkasa moved up a few places while Ntsakaza and Bhungane slipped back a few places on the overall standings, but neither team were too worried by their general classification positions. 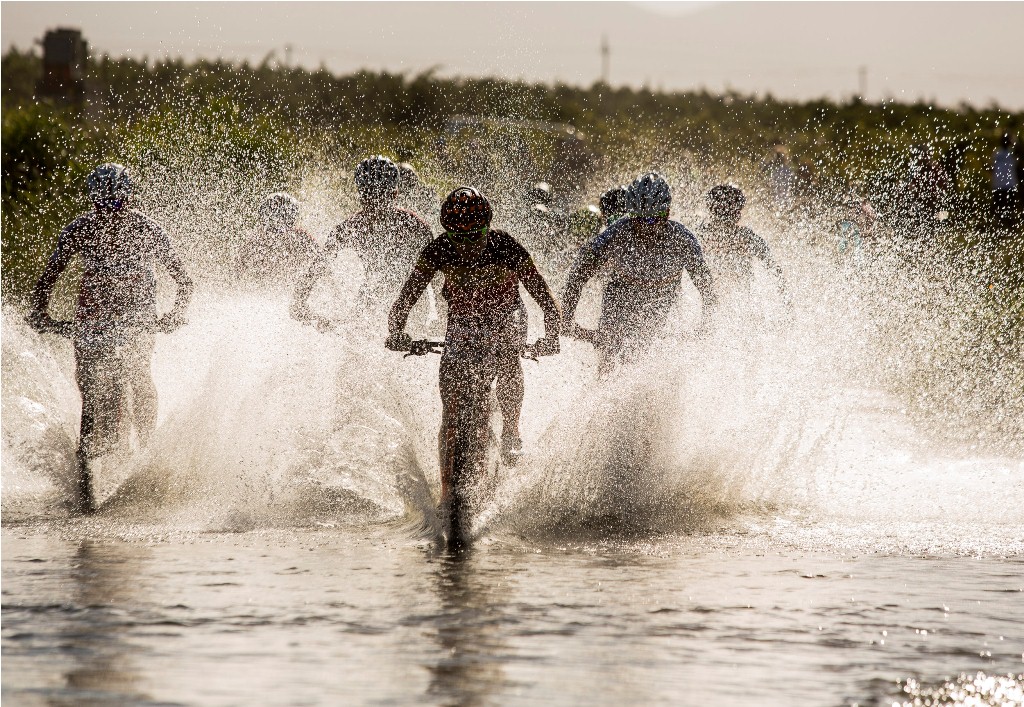 The leading women cross a low water bridge over the Breede River during Stage 2 of the 2018 Absa Cape Epic. Photo by Sam Clark/Cape Epic/SPORTZPICS.

The TJ songo-Specialized pair of Sipho Madolo and Azukile Simayile struggled early in the stage but later established a rhythm and enjoyed the later parts of the stage. “I’m riding a 32 tooth chain ring and was just spinning in the first 40 kilometres as we tried to keep up with the group” Simayile explained. “I told Sip (Madolo) we need to slack off or I wouldn’t make it. He was really good to me and we rode nicely together for the rest of the stage. The Land Rover Technical Terrain was really cool today. I must say I’ve enjoyed the last two days riding here in the Robertson area” he concluded.

On Stage 3 the Absa Cape Epic leaves Robertson, and Arabella Wines for the upper reaches of the Breede River Valley, for Worcester. The day features the longest route of the race at 122 kilometres long, with 1 800 meters of climbing. With longer, gradual climbs on the cards it could be a day which plays perfectly into both Kulhavy and Langvad’s strengths, providing them with the chance to potentially make up time and extend the time gap to the chasers respectively. 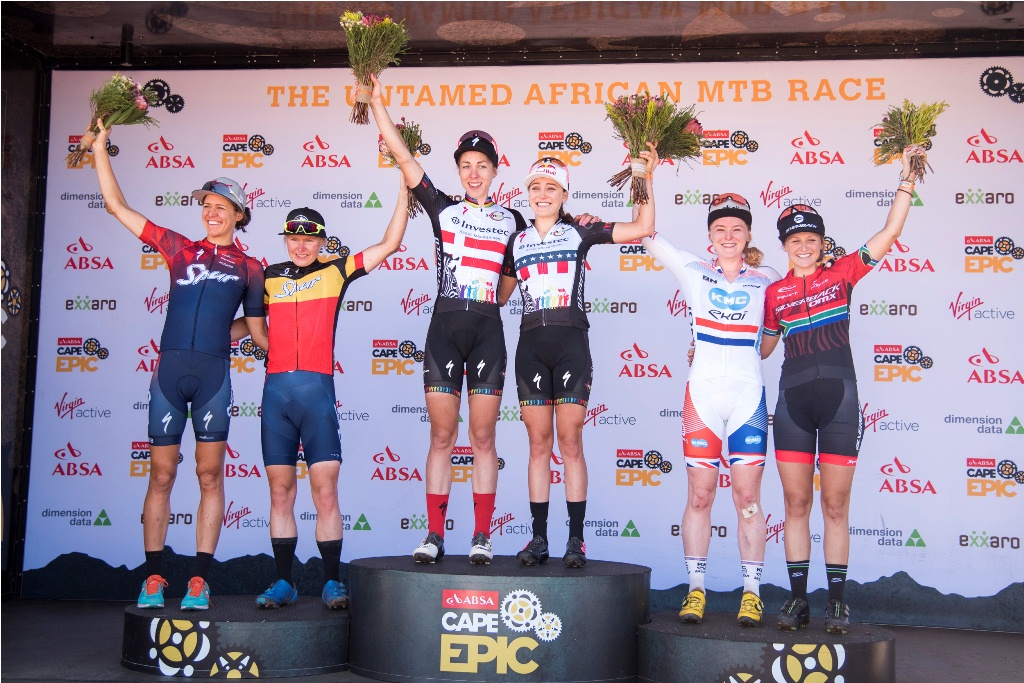 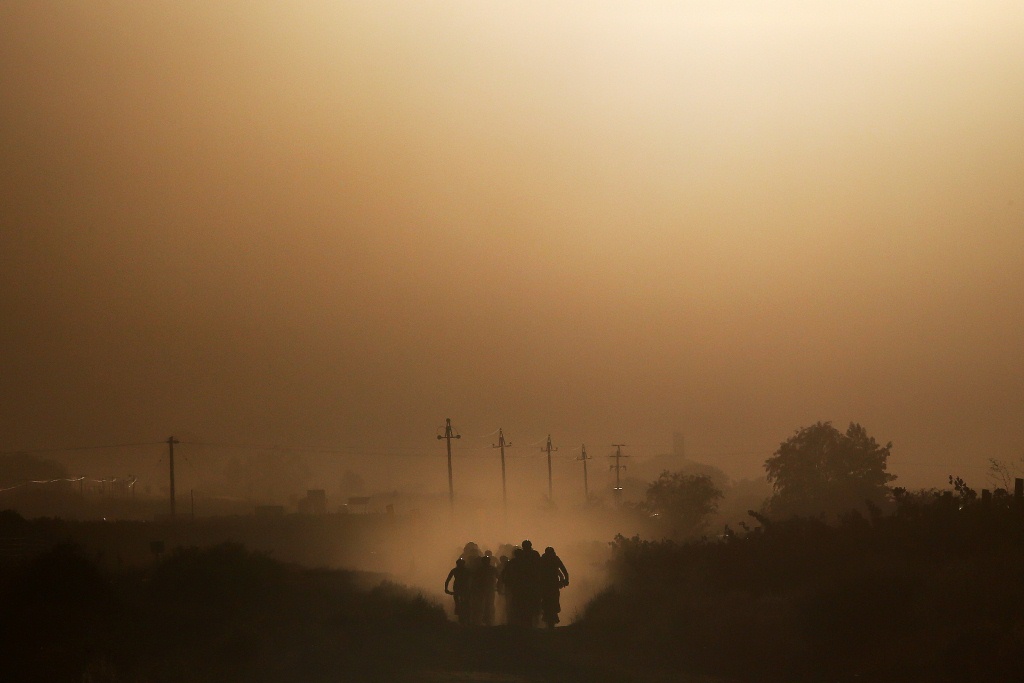 The dry road surfaces led to dusty conditions during the early phases of Stage 2 of the 2018 Absa Cape Epic. Photo by Shaun Roy/Cape Epic/SPORTZPICS.