Specialized Bicycles have been supporting songo.info since the charity’s inception ten years ago. Since 2012 Specialized have produced two exceptionally distinctive bikes for the riders representing songo.info at the Absa Cape Epic. Upon the completion of the race the bikes are donated to the charity and auctioned off to raise funds for the education and sport programmes songo.info runs in the Kayamandi community.

In 2018 the bikes set to go under the hammer once more, from Monday the 26th of March at 12:00 CAT. They are arguably two of the most beautiful incarnations of the Investec-songo-Specialized custom design yet and boast the unique pedigree of having been piloted to Absa Cape Epic victory. For the first time, in 2018, the bikes were ridden to Epic glory in separate categories – by Specialized XCO Racing’s brightest stars Jaroslav Kulhavý and Annika Langvad. 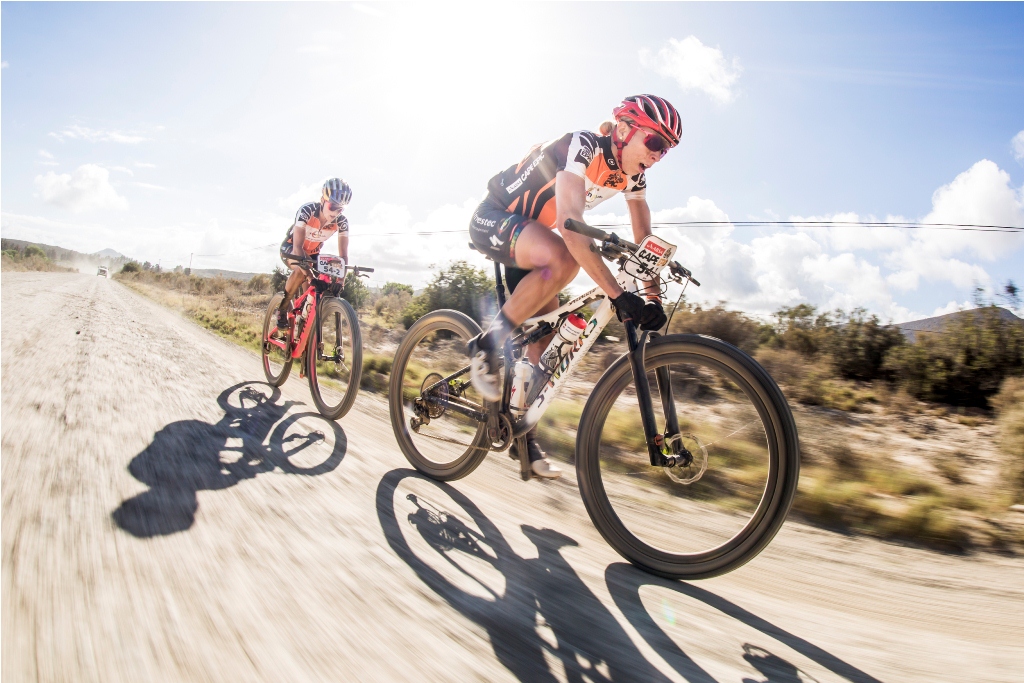 Annika Langvad’s custom Specialized S-Works Epic boasts a medium frame size and the honour of winning every race it has been ridden in; including the Stellenbosch UCI MTB World Cup, the songo.info Champions’ Race and 7 stages of the 2018 Absa Cape Epic. Photo by Ewald Sadie/Cape Epic/SPORTZPICS.

In total the bikes notched up 9 stage victories, out of a possible 16 in the UCI men’s and women’s categories. In addition to the Cape Epic success Langvad’s bike was also ridden to UCI Mountain Bike World Cup gold the weekend before the Cape Epic, making it a the most successful bike ever to be auctioned by songo.info – defeating programme founder Christoph Sauser’s 2013 Cape Epic machine from the Swiss legend’s most dominant victory at the world’s most famous mountain bike stage race.

The two-of-a-kind bikes are 2018 Specialized S-Works Epic mountain bikes, with custom songo.info inspired livery. The primary white, black and world champion rainbow colours are drawn from the songo.info logo. With 2018 marking the 10th anniversary of the charity the design was updated to include the silhouettes of stylised children, holding hands, to symbolise the young people of Kayamandi whom the programme has already aided in its first decade. These silhouettes are displayed in the rainbow colours on the cuffs of the songo.info jerseys and bib shorts. They also appear in the S-Works decaling on the bike’s downtubes. The chain- and seat- stays feature icons denoting the sport and education functions of the charity, while the downtube also features a list of children in the songo.info programme. At the junction of the head-, top- and down- tubes the iconic Investec zebra and Specialized S logos are displayed in black, with the multi-coloured songo.info logo providing a flash of colour. 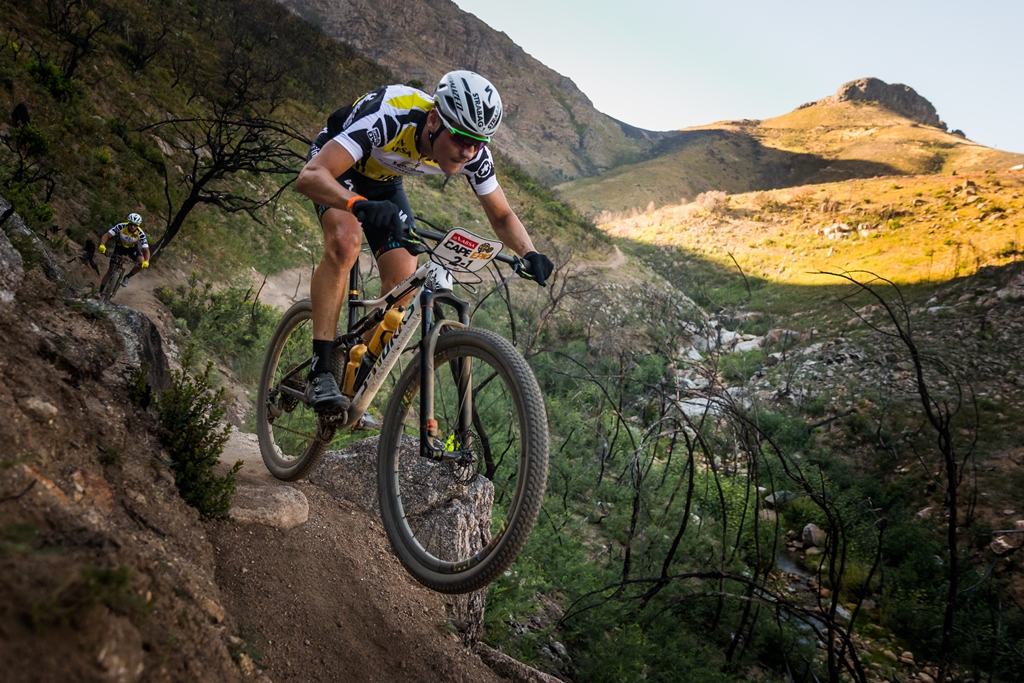 Jaroslav Kulhavý’s Absa Cape Epic winning bike features a large frame size and the distinction of having spent more time at the front of the 2018 Epic field than any other machine. Photo by Michal Červený.

The S-Works frames, in size medium and large, are built with top of the range components from Specialized XCO Racing’s co-sponsors SRAM, RockShox, Magura and Rotor. The wheels are supplied by Specialized’s Roval brand, while the tyres, bar, stem, saddle and seat post are all from Specialized’s ranges too.

The songo.info auction of the Investec-songo-Specialized custom S-Works Epic bicycles will start at 12:00 (South African time) on Monday the 26th of March and will close at 12:00 on Thursday the 29th. Bids can be placed online at www.songo.info/2018bikeauction. The reserve is set for R100 000 (€6 900) and bidding increments are fixed to R5 000 (€350). Following the closure of the auction on Thursday, at midday, the two rivals with the highest bids for each bike will be contacted and the auction will then be concluded telephonically. 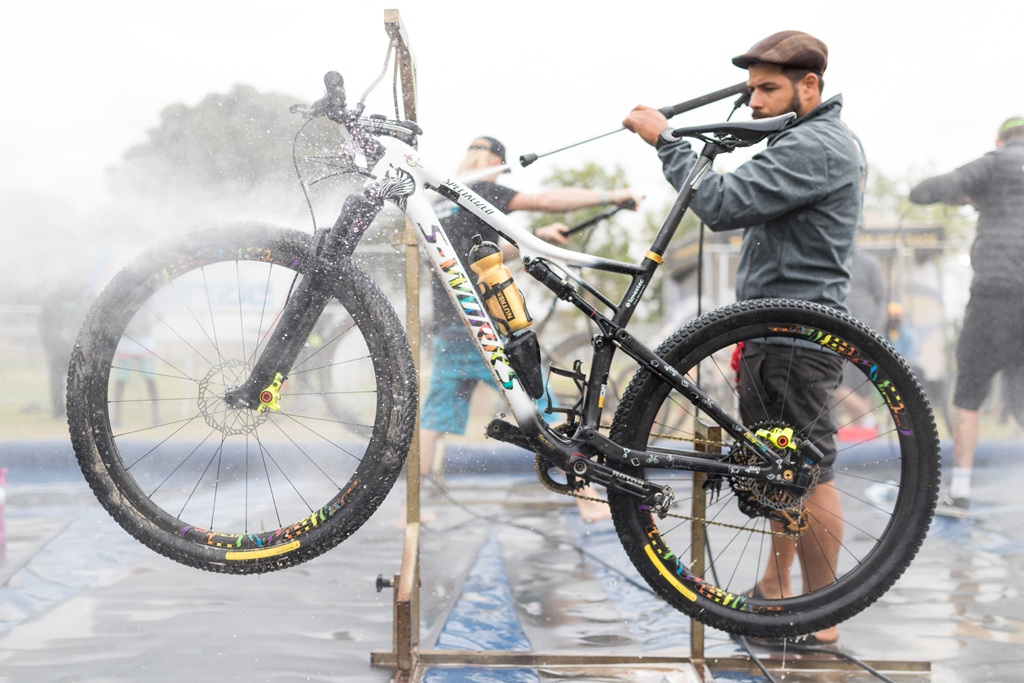 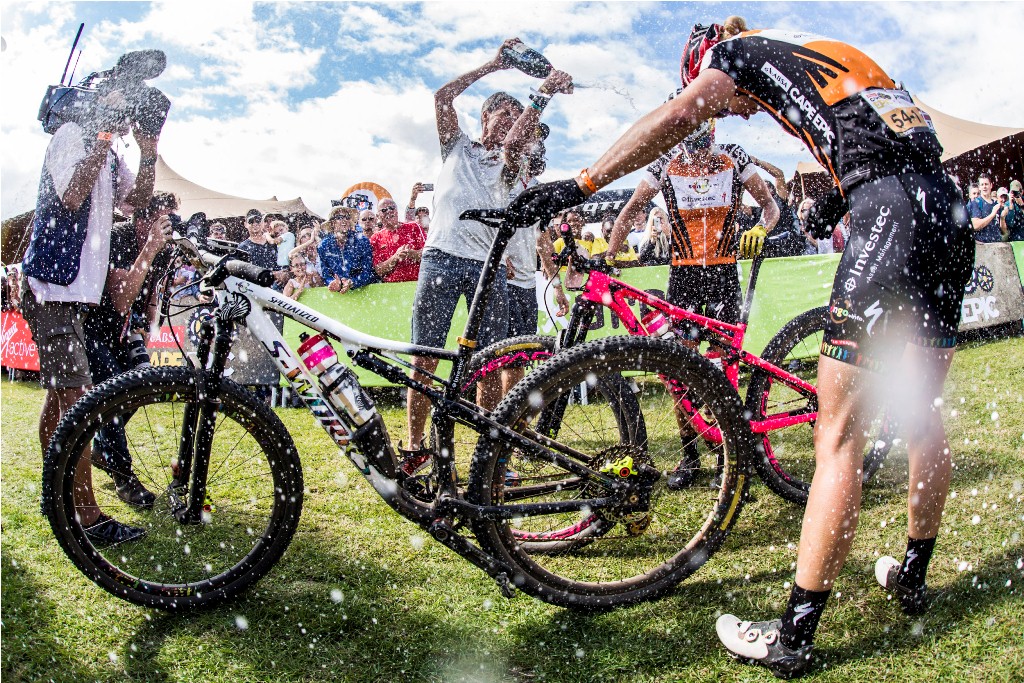 The Specialized S-Works Epic, piloted by Annika Langvad, is not only a beautiful bicycle but a piece of history, having helped the Danish star to her forth Absa Cape Epic title – making her the most successful woman in the race’s history. Photo by Ewald Sadie/Cape Epic/SPORTZPICS.