The Trans Baviaans Repeat is the second edition of the famous 230 kilometre long ultra-endurance race through the Baviaanskloof. Taking place the weekend after the Race, on Saturday the 18th of August, the Repeat may lack an elite field but it more than makes up for that with an exceptional spirit among the riders and their supporters.

For the second weekend in a row a wrong-turning, by the race leaders, provided the decisive and most drama filled moment of the event. This time though there was no need for the race commissaire to get involved; the leaders on the road, Ignus Oosthuizen and Jaco Davel, simply missed the turn off to Jeffreys Bay. The pair had held the lead since Check Point 2, 104 kilometres into the race, when the large peloton of riders who had covered the relatively easy early kilometres together started to break up. Powering over the Baviaans Back, the Fangs, MAC and Neverender, Oosthuizen and Davel managed to gradually extend their lead to twenty minutes at Check Point 7; with 27 kilometres remaining. 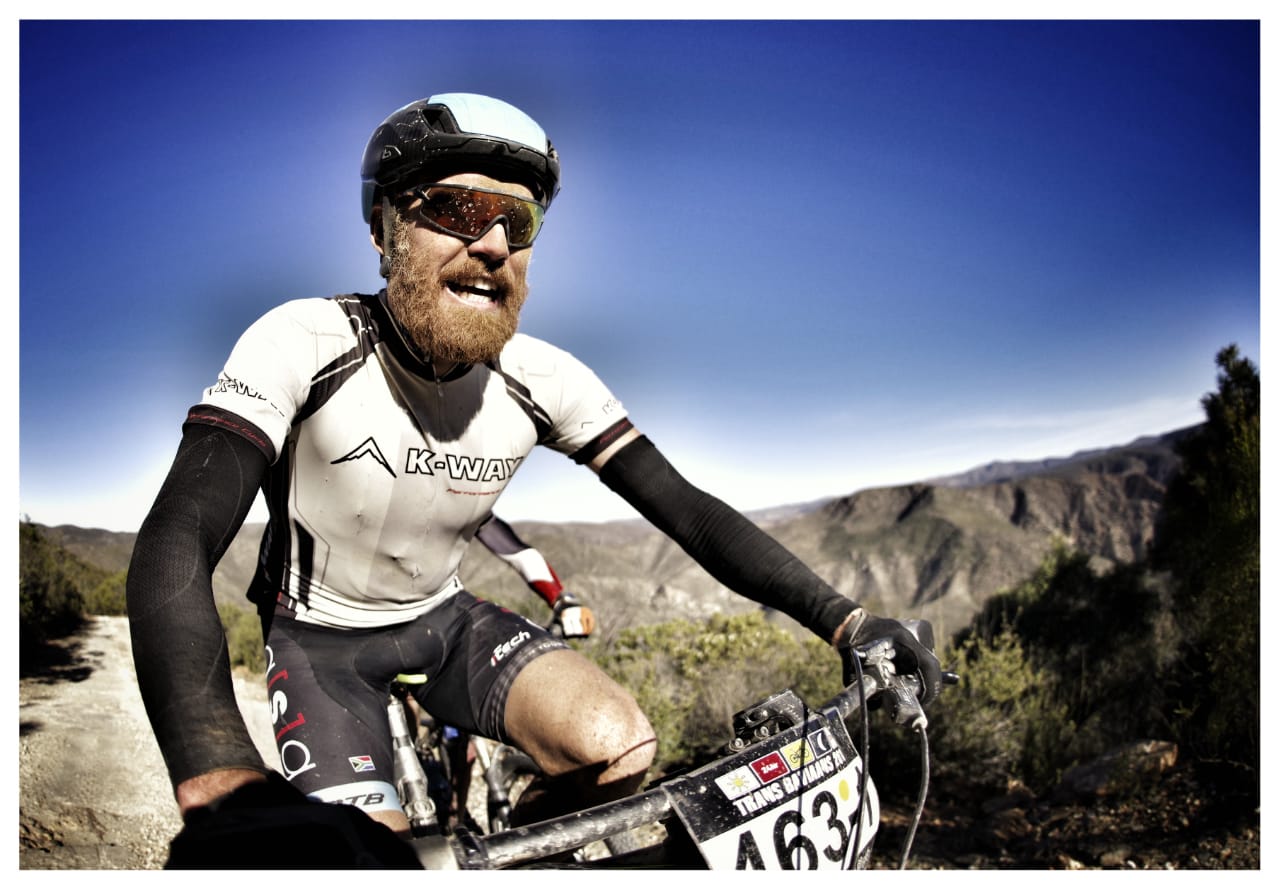 Their wrong turn kept them on the undulating ridgeline jeep track, which takes riders up the Mini MAC and certainly helped expedite their time losses as their pursuers turned towards the coast – on long, flowing downhill district road. The primary beneficiaries of this were the Cadence Tygervalley team of Johan Coetzee and Gys Malan. The pair did however not realise that they had moved into the lead until they reached the finish line at the Fountains Mall. Upon hearing Paul Valstar announcing that they were riding home to claim the Trans Baviaans Repeat victory they were taken completely by surprise.

Behind Coetzee and Malan there was a sprint for second between Spur C4D’s Jacques van Staden and Marshall Hendricks and the ESA Partner combination of Garth Ennion and Leon Erasmus. Van Staden and Hendricks had put in a strong ride over the final 60 kilometres and kept the ESA Partner pairing in their sights throughout that time – eventually setting up a sprint after nine hours of racing. 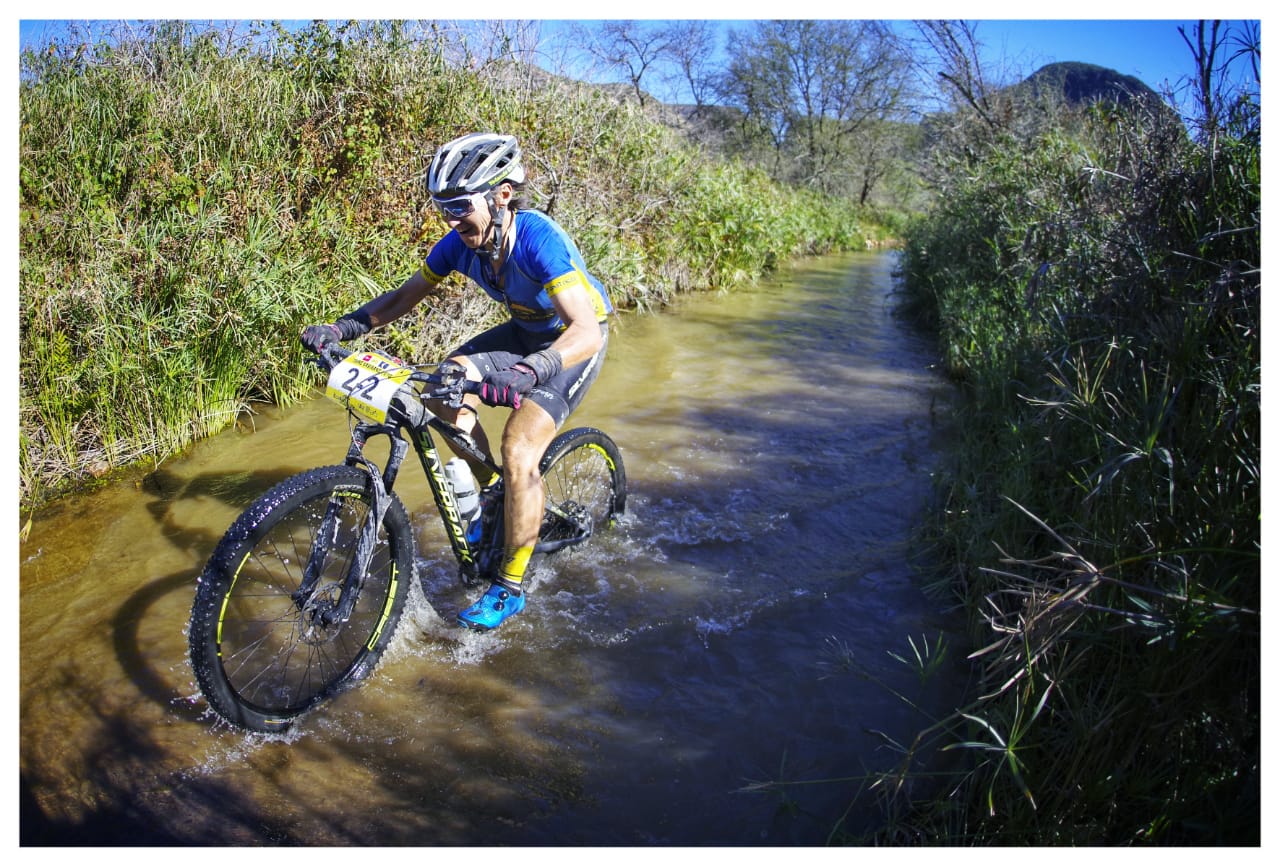 Yolande de Villiers rode to her second Mixed Category victory in as many weeks in the Trans Baviaans, following up her Race win with the Repeat title. Photo by Jacques Marais.

In the Mixed Category the East Coast Cycles quartet of Kevin Taljaard, Wynand Mulder, Yolande and Henties de Villiers claimed another Repeat title. Taljaard and Yolande de Villiers had finished second and first in the Trans Baviaans Race in the Mixed Category the weekend before; and were ecstatic to retain their title in the Repeat. Henties de Villiers meanwhile does not manage to make as much time to train as his wife and battled valiantly to ensure he clung to the wheels of his powerful teammates. 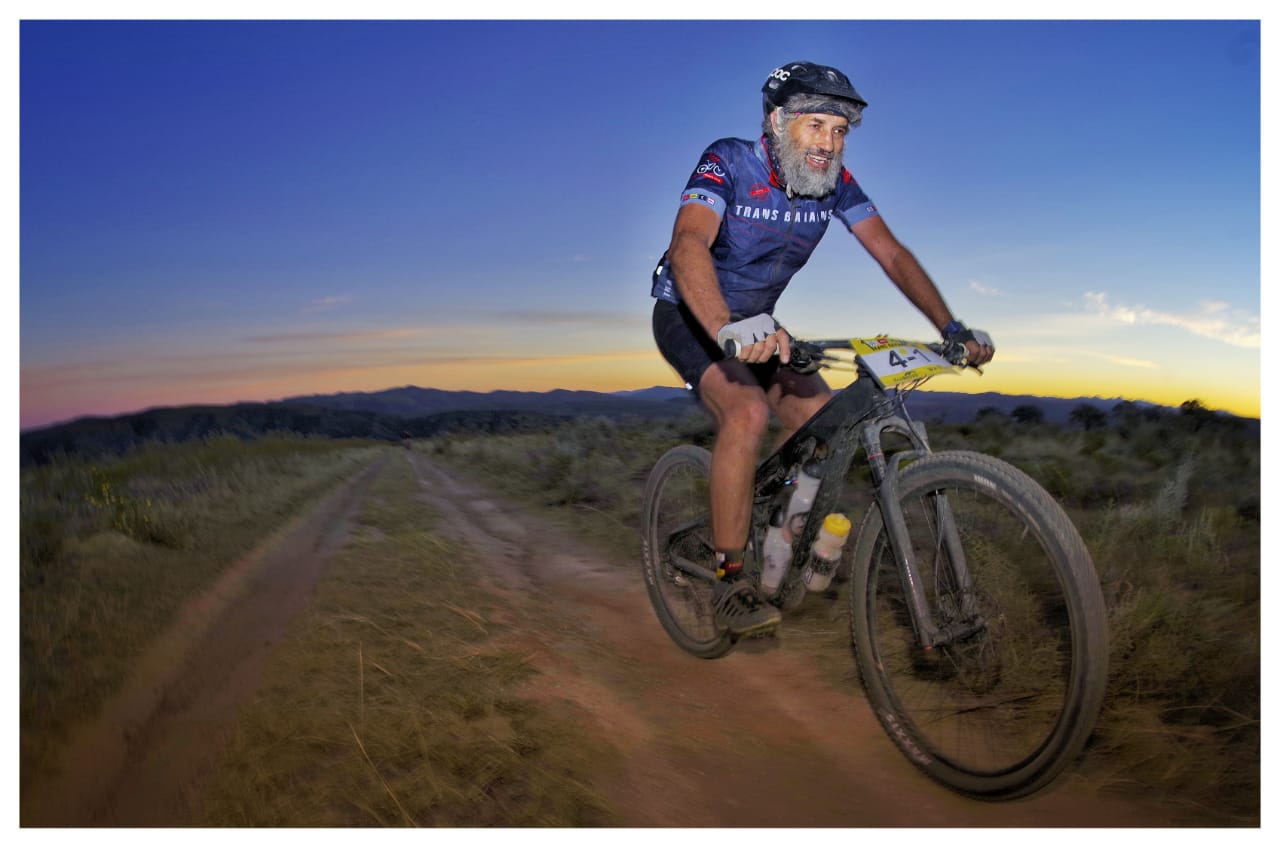 Trans Baviaans founder Wikus van der Walt in action on the Momsen Vipa Ultra. Van der Walt and Sharples completed the event in a time of 13 hours and 23 minutes. Photo by Jacques Marais.

The sub-plot to the Repeat was undoubtedly Wikus van der Walt riding his first Trans Baviaans. After fifteen years of organising the event the founder eventually got his chance to experience it for himself, alongside his long time stage race partner John Sharples. Van der Walt rode the new Momsen Vipa Ultra for his Trans Baviaans adventure and was exceptionally impressed with the bike. “It descends very well and I’m sure my struggles on the climbs were more down to my legs than the bike” Van der Walt joked upon finishing. 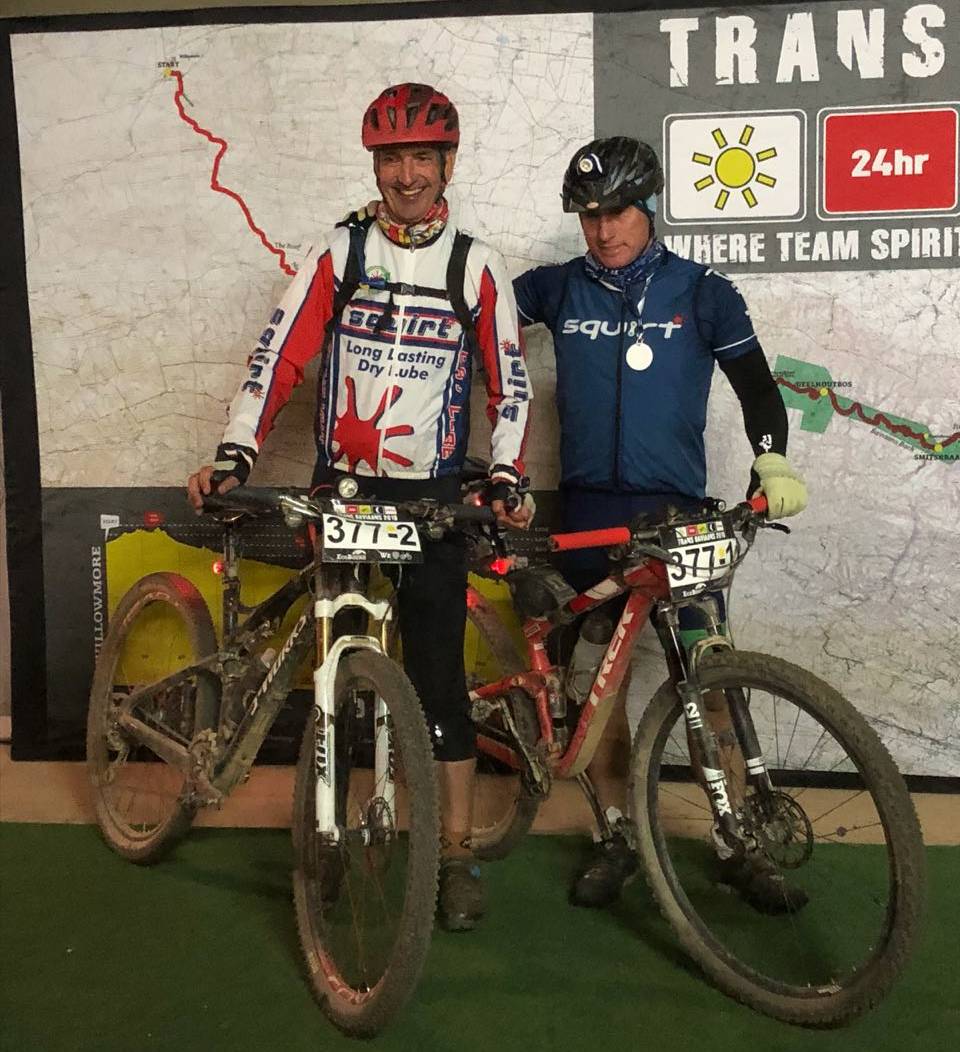 Stephen Drew (left) and Jeffrey Willcocks (right) inspired all around them by finishing the Trans Baviaans Repeat. Photo by Craig Giese.

Another hero of the Trans Baviaans Repeat was Stephen Drew. In recent years Drew has survived a brain tumour and then the amputation of his right leg following a motorcycle accident. Drew is an inspirationally positive character and there was never any doubt in his mind that he would be back on the bike following his accident. Equipped with a state of the art prosthetic, which was custom made in George, Drew completed the Trans Baviaans Repeat alongside fellow amputee Jeffrey Willcocks.

Mountain biking fans and Trans Baviaans riders can recap on all the action from the 2018 Race and Repeat on the event’s Facebook page, Trans Baviaans. While for more information please visit www.transbaviaans.co.za. 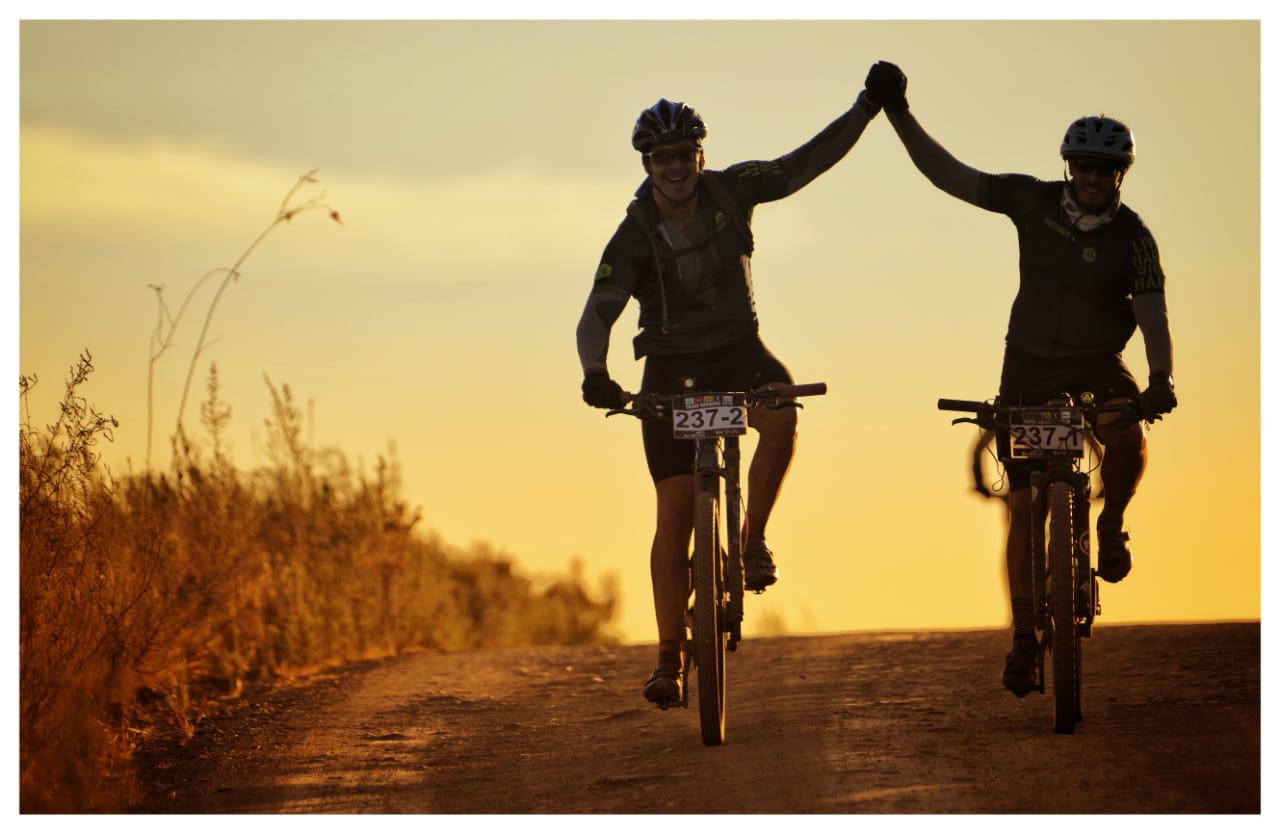 The Trans Baviaans is famous for its camaraderie and team spirit between riders. Photo by Jacques Marais. 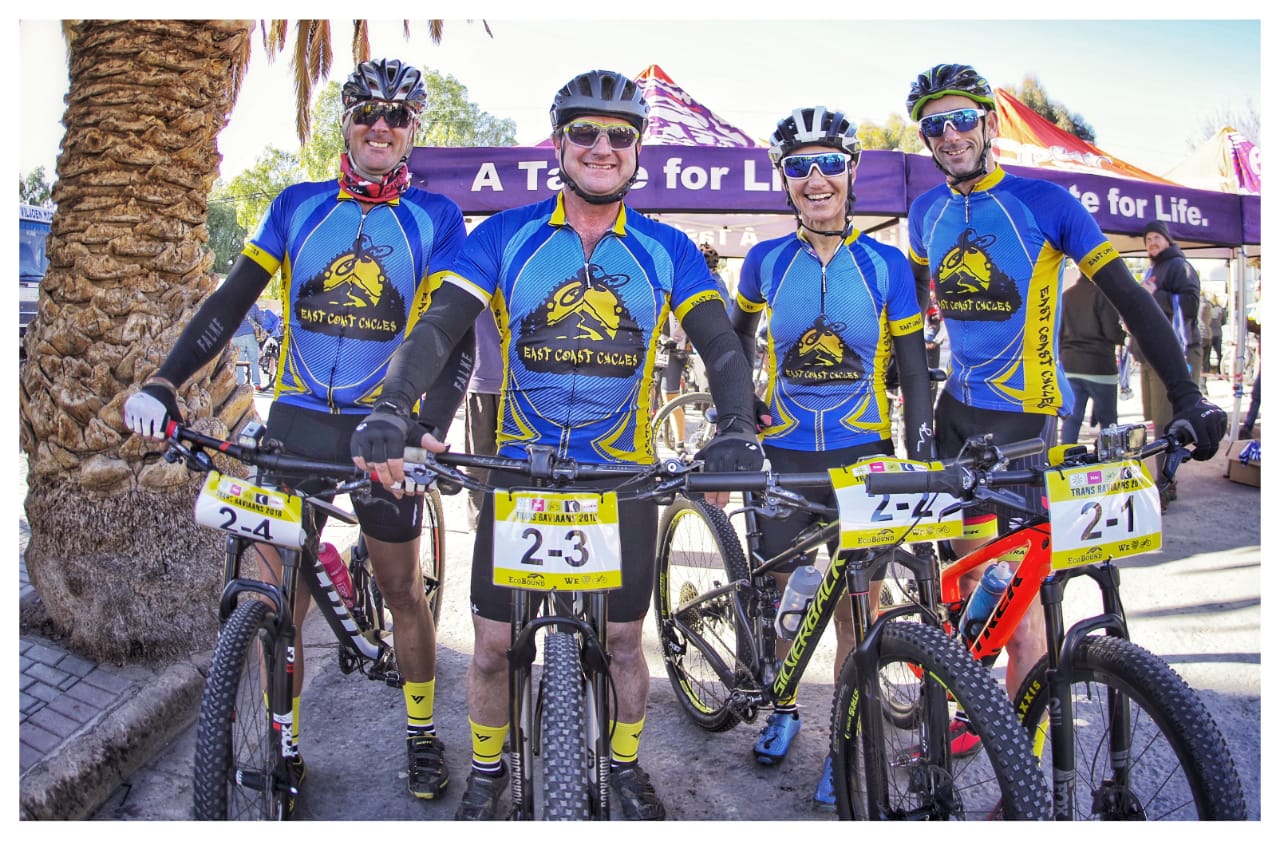 To view the full results from the 2018 Trans Baviaans Race click here. 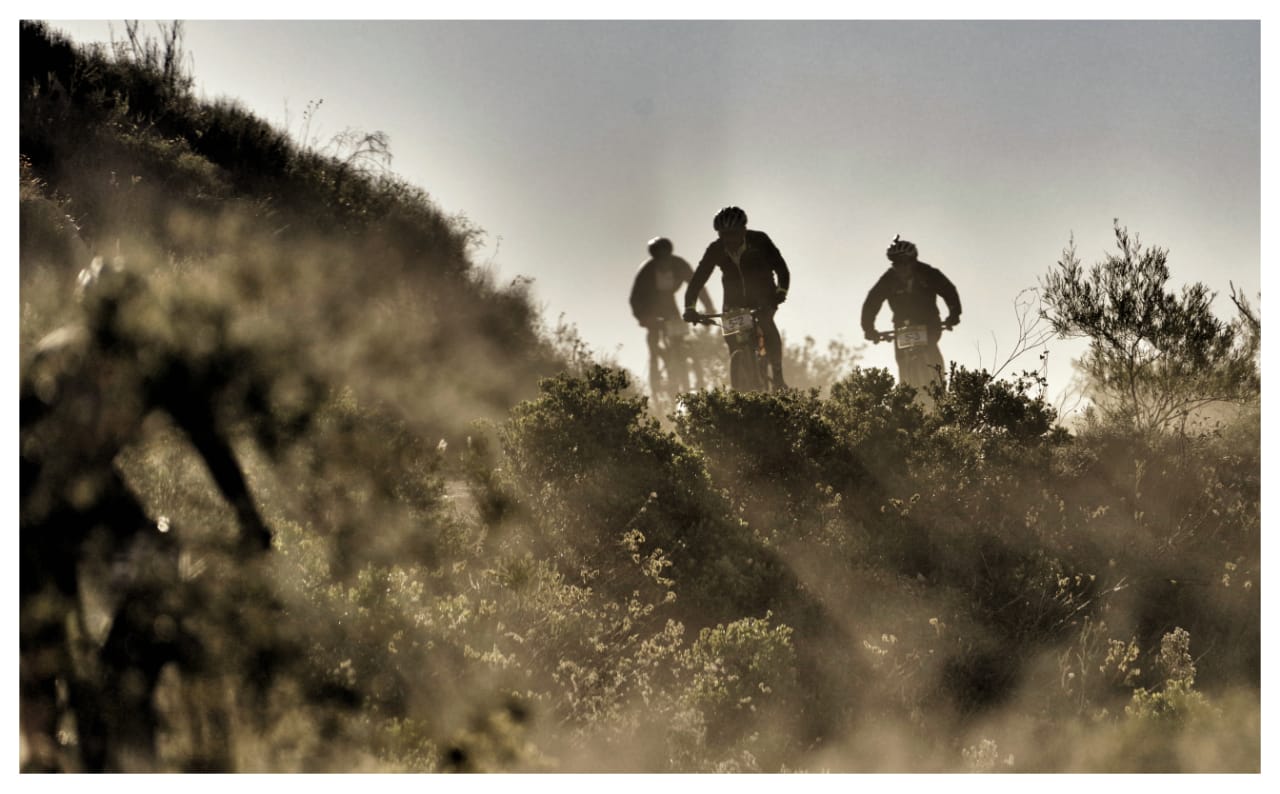 Parting shot from the 2018 Trans Baviaans. Photo by Jacques Marais.