Boyes and Tunstead Victorious at the 2018 BUCO Karoo to Coast

Boyes and Tunstead Victorious at the 2018 BUCO Karoo to Coast

The 2018 BUCO Karoo to Coast was won by Craig Boyes and Pauline Tunstead in remarkably different fashions, on Sunday the 23rd of September. Boyes held off his breakaway companions in a sprint for the line, while Tunstead slowly ground down the women’s field on the route’s long climbs of the Prince Alfred’s Pass, between Uniondale and Knysna.

Held in near perfect conditions; which saw the first section of gravel road known as the, ‘Ou Wapad’, smoother than it has been for years and in presently mild temperatures the 2018 BUCO Karoo to Coast was one for the history books. 4 600 riders made the twentieth edition the largest ever field and only a light head wind provided a hint of natural difficulty. It was anything but an easy day on the bike however, as the accumulation of meters of elevation gained stacked up and the constant vibrations of racing across gravel roads at high speeds increased the rate at which fatigue set in. 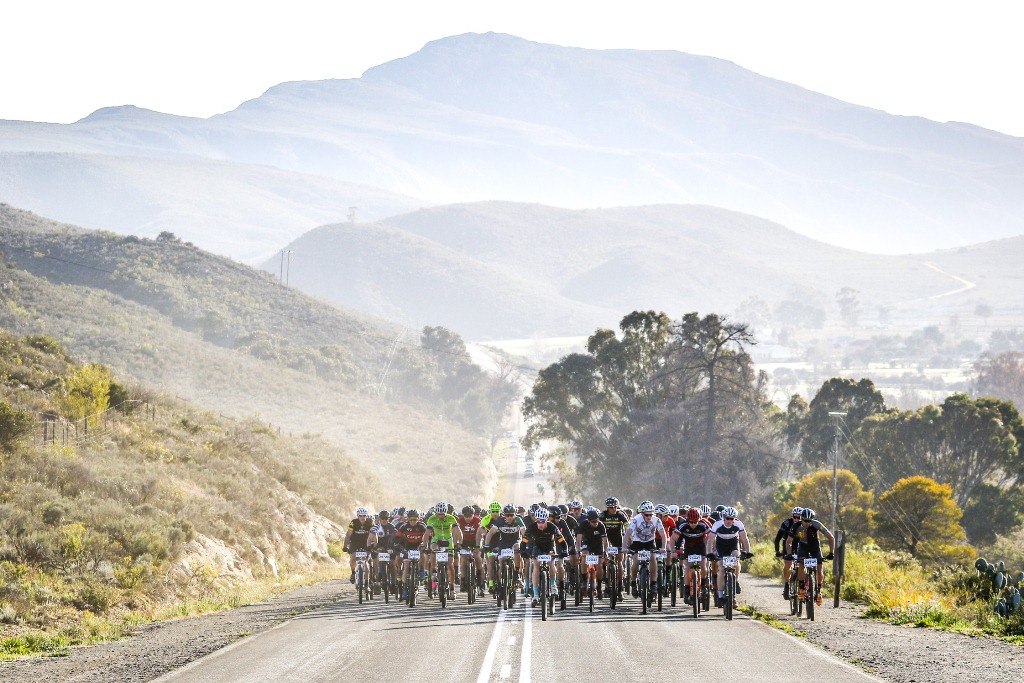 The BUCO Karoo to Coast starts in the Karoo town of Uniondale traverses the upper reaches of the Langkloof and descends the Prince Alfred’s Pass on its way to the coast. Photo by Oakpics.com.

Not even race winner Boyes was immune from the effects of the gruelling race. He, Matthew Keyser (Sliverback Volvo) and fellow Specialized Stellenbosch compatriot Waylon Woolcock broke away from the rest of the field on the ‘Ou Wapad’ descent. The trio shared turns on the front, ensuring none of the pursuers could catch them. Then with 45 kilometres to go Woolcock attacked, distancing Boyes and Keyser by 20 seconds on a long and grinding climb. On the descent which followed the light-weight Woolcock could not maintain his advantage as the larger Boyes and Keyser used their momentum to good effect – closing the gap by the 40 kilometre mark.

Fatigue and cramps then began to set in for Boyes, but he managed to hang on to the others and set up a sprint finish by entering the lagoon-side trails of Knysna neck-and-neck with Keyser and Woolcock. Rounding the final bend, onto the Knysna High School Sport Fields, Keyser carried too much speed and found himself up against the railings. Boyes, though, paced this final corner to perfection carrying enough speed to exit the corner with the necessary momentum to beat Keyser to the line. The young Silverback Volvo rider had to be content with second and the King of the Mountain prize, while Woolcock rolled across the line in third ten seconds behind the victorious Boyes. 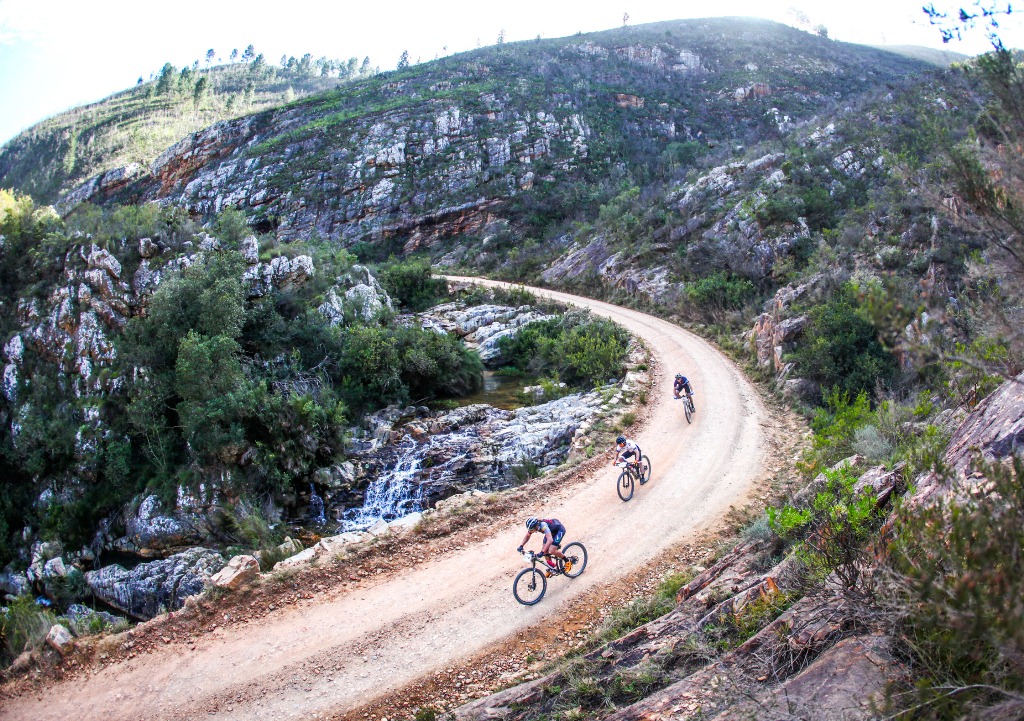 The Prince Alfred’s Pass is without a doubt one of the most scenic mountain passes in South Africa and mountain biking fans are encouraged to visit the BUCO Karoo to Coast Facebook page to view all the photos from the 2018 event. Photo by Oakpics.com.

“Ja look, I think I definitely got lucky today” Boyes recounted from the finish line. “Waylon (Woolcock) and Matt (Keyser) were definitely strong and I was cramping for the last 30 kilometres. I got dropped on the last climb but managed to fight back just before we crested. Then in the end Matt almost had me, but he just took the wrong line” the race winner explained. “It’s great; I’ve never had a podium here before. So it’s really good. I just want to stop cramping” he laughed through a grimace.

In the women’s race Pauline Tunstead, riding in the colours of Wayne Pheiffer Cycles, sealed a victory which had even the winner herself surprised. “My friends are all riding still” she laughed, “and I’m still in shock.” Though nobody could have predicted her victory before the 2018 BUCO Karoo to Coast once the racing started she was clearly the strongest woman in the field. Knysna local, Nicky Giliomee had fought her way clear of the rest of the women’s field, to claim the Queen of the Mountain hotspot prize; but Tunstead reeled her in thereafter. On the Buffelsnek climb, with 38 kilometres left to race, Tunstead managed to distance Giliomee. The Journey by Junto rider simply did not have the legs to follow the relentless pace set by rider from Port Elizabeth in the closing kilometres. 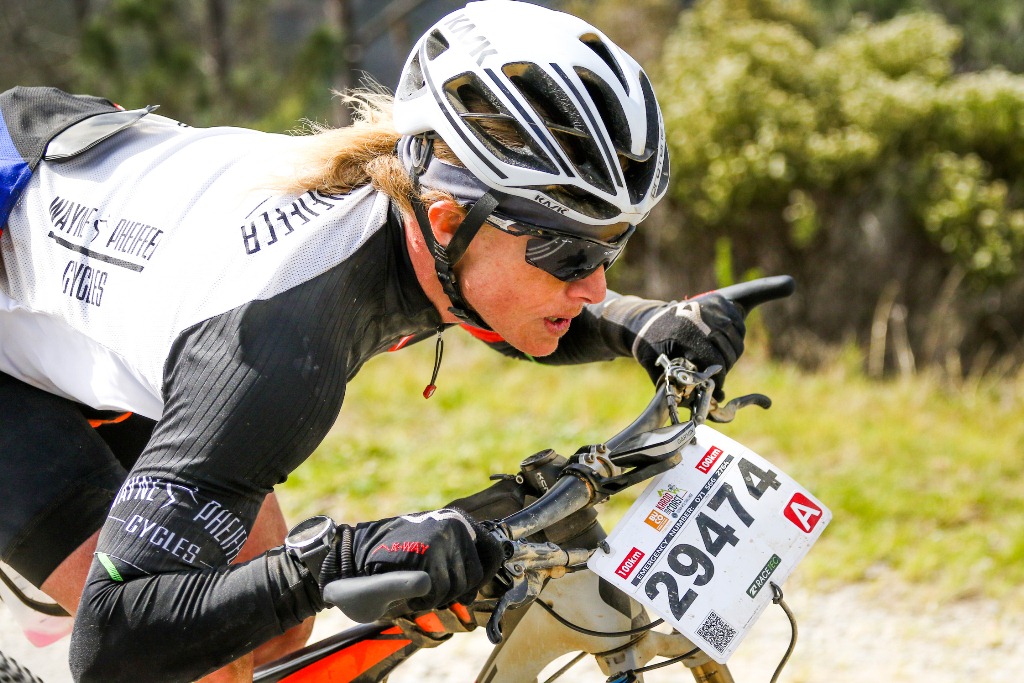 Pauline Tunstead driving home the advantage she established on the Buffelsnek Climb on the Simola descent. Photo by Oakpics.com.

“I didn’t expect this, but BUCO Karoo to Coast has always been my favourite race as an amateur” the newly crowned champion said. “It has a little bit of everything and it is beautifully organised. Plus I just love this part of the country. I’m overwhelmed” an ecstatic Tunstead concluded.

“We had perfect weather and the route was so nice” second placed Giliomee enthused after her second runner’s up placing in as many years at the BUCO Karoo to Coast. “It was also great to see the camaraderie between the riders, everyone is just here to ride their bikes. I’m also so proud of Craig (Boyes). He really deserves this win and Pauline (Tunstead) climbs incredibly well so she is also a really deserving winner” Giliomee – who claimed the prize for the first Knysna local to cross the line – concluded. Joining Tunstead and Giliomee on the women’s podium was Nadia Visser. 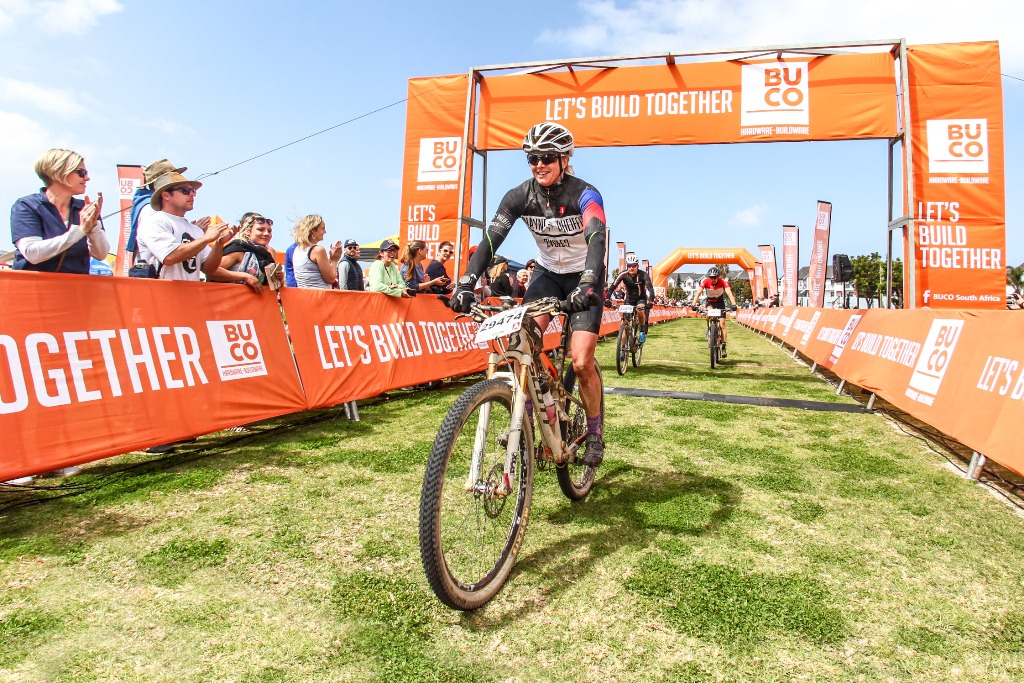 Pauline Tunstead surprised herself to win the 2018 BUCO Karoo to Coast with a decisive attack with 38 kilometres remaining in the race. Photo by Oakpics.com. 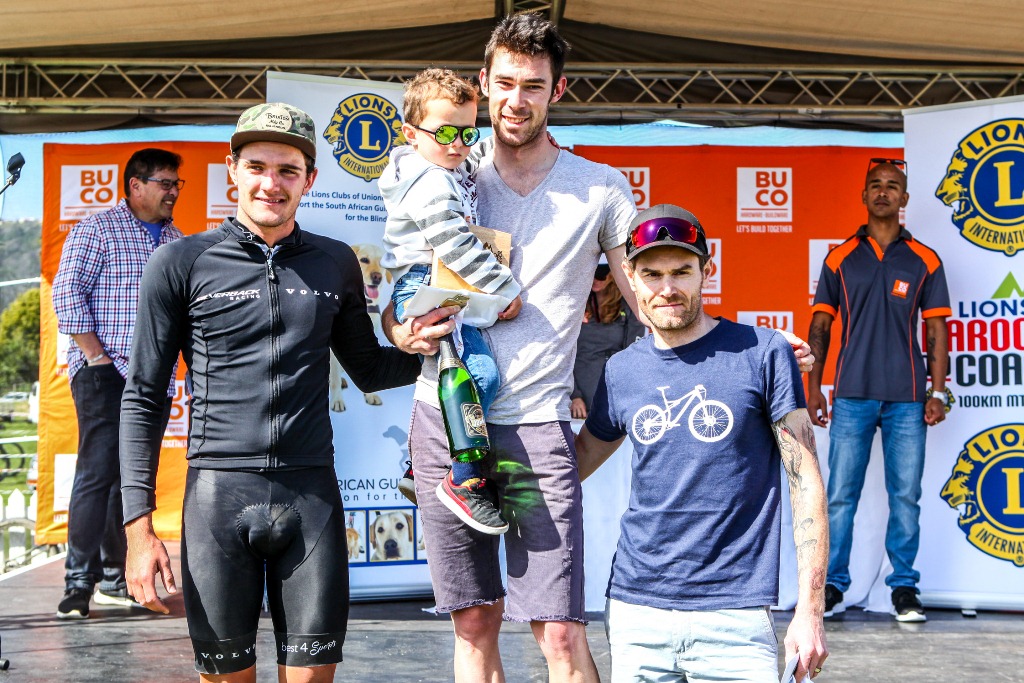 For more information about the BUCO Karoo to Coast please visit www.karootocoast.com.