The George Mountain Ultra Trail is proud to reveal Discovery as its title sponsor. “With the second edition of the race less than a month away, this news adds credence to evidence that the race has grown in leaps and bounds in its short life thus far,” says Race Director, Zane Schmahl.

Discovery’s sponsorship heralds a slight change of identity as the event will now be known as the Discovery George Mountain Ultra Trail, Discovery MUT in short.

The Discovery MUT aligns with the title sponsors’ aims, as Iona Maclean, Head of Sponsorships and Experiential Marketing at Discovery, explains: “Trail running promotes strength, agility and balance – key aspects of physical fitness. Our sponsorship of the Discovery George Mountain Ultra Trail not only aligns with Discovery’s pledge to make 100 million people 20% more active by 2025, but – given the incredible natural beauty of the setting – also gives participants the opportunity to combine physical activity with their love of the great outdoors.” 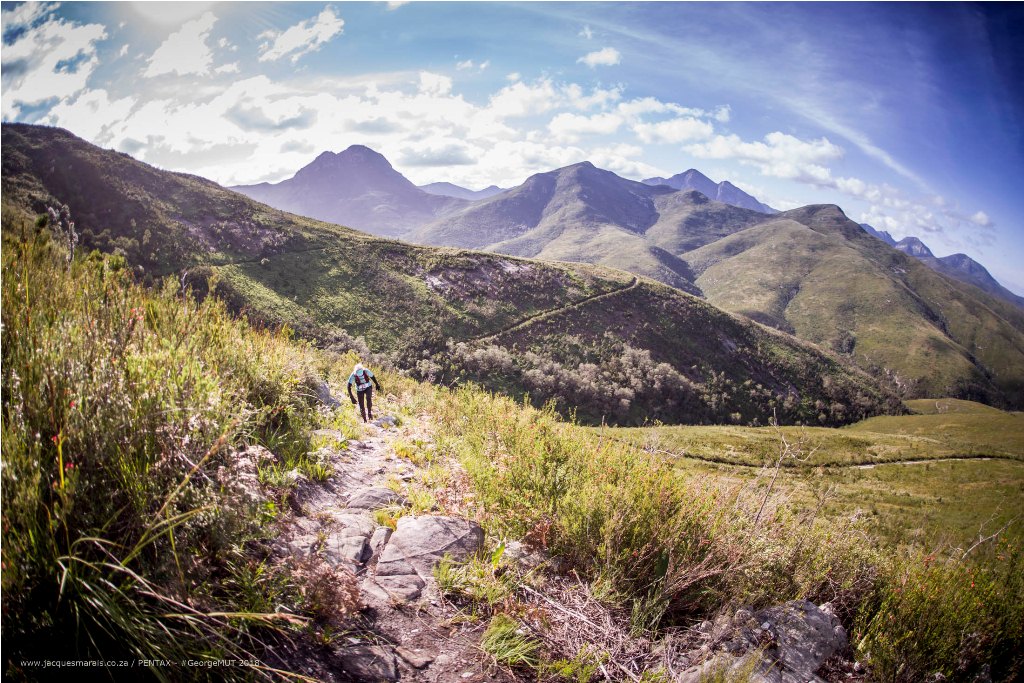 The Discovery MUT features 60km, 25km and 9km route options; all of which explore the spectacular Outeniqua Mountains above the Southern Cape town of George. Photo by Jacques Marais.

Race Director, Zane Schmahl is equally excited: “We are proud to be associated with one of South Africa’s leading brands, Discovery, and see their partnership with the Discovery MUT as an opportunity to foster further growth in the local trail running scene.” The event was created out of EcoBound’s passion for running on the trails of George and the Outeniqua Mountains, as well as the recognition that there is an ever growing trail running community in South Africa.

As a result of the increasing quality of running talent that the event continues to attract, the 2019 event will be expanded to include two exciting additional events. Together, these and the Discovery MUT race day, makes the #MUTlife long weekend of adventure sports and trail running an experience to remember. 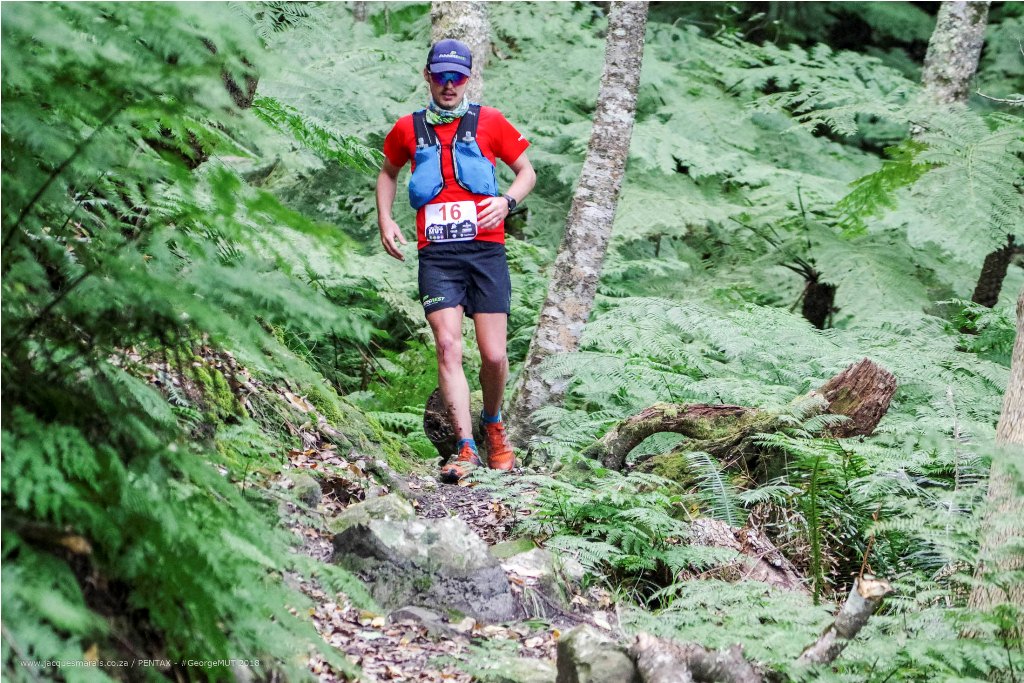 The 60km route in particular is exceptionally diverse, taking in indigenous forests sections as well as stretches through Cape Mountain fynbos. Photo by Jacques Marais.

The main event, the 60 kilometre Discovery MUT – which was dubbed the Scruffy Dog in 2018 – starts on Saturday morning at 05h00. Among the runners taking to the trails and competing for their share of the R20 000 prize, is 2018 champion Roelof Mostert. Last year, Mostert completed the course in an unexpectedly fast time of 6 hours and 21 minutes, leading EcoBound Mountain Events to believe that breaking the 6-hour barrier will be possible in the future. The women’s field is headlined by former George resident, Chantel Nienaber, who will be up against Annalise Scholtz amongst others in her battle for Discovery MUT supremacy.

“After the devastating fires of 2018, the vegetation on the Outeniqua Mountain above George has recovered well,” Schmahl explained, addressing the nature of the 2019 route. “Teams of the local trail community have been working very hard on repairing and building trails where the fire has left its mark. For the Discovery MUT runners, that means there will be some exciting new sections of trail included in this year’s race.” 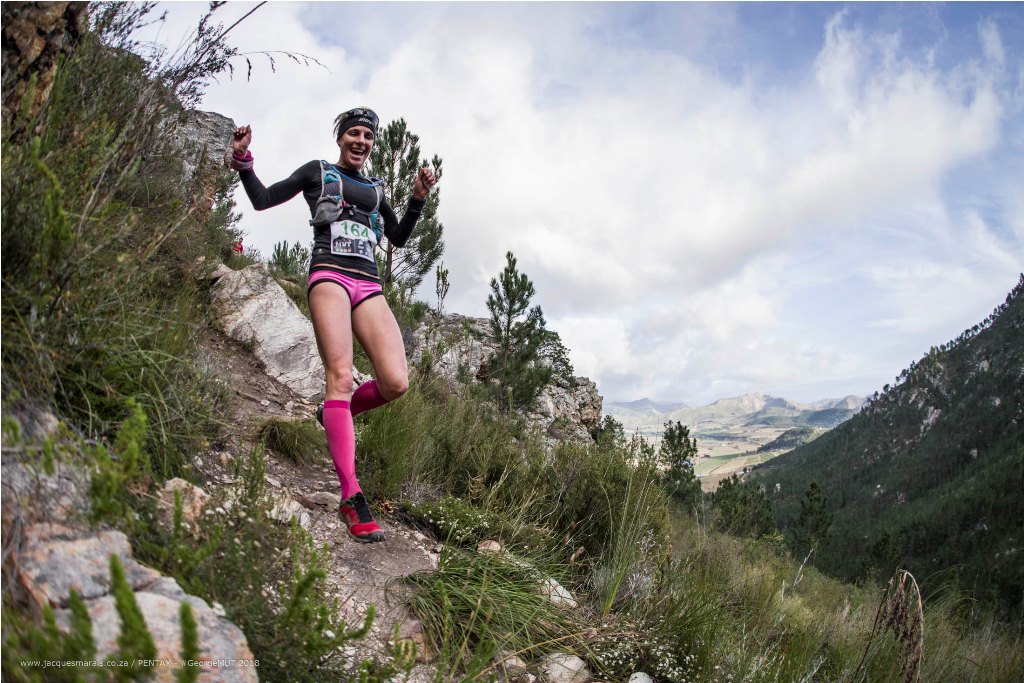 Chantel Nienaber is set to return for the 2018 edition and is the women’s race favourite. Photo by Jacques Marais.

In addition to the 60 kilometre MUT, the main race day, on 15 June, boasts the 25 kilometre MUT Challenge and the 9 kilometre MUT Lite. Trail runners have been warming up for the Discovery MUT in the Outeniqua Mountains since the 2018 race. The event hosts a year-round FKT (Fastest Known Time) Challenge to the summit of George Peak.  The challenge is free to enter and the Kings and Queens of the Mountain will be rewarded at the Discovery MUT prize giving at 18h00 on Saturday 15 June.

The Discovery MUT festivities get underway in earnest though on Thursday the 13th of June, as the #MUTlife long weekend kicks off. The event has partnered with the Vancouver International Mountain Film Festival and because of this, adventure sports lovers have two opportunities to view the award winning short films on the African Continent. The first screening will take place at RocoMamas in George, at 19h00 on Thursday the 13th. The second screening will take place after prize giving, at the Witfontein race hub in the Outeniqua Nature Reserve, on Saturday the 15th. Tickets for the VIMFF screenings are R195 each and can be purchased online via Computicket. 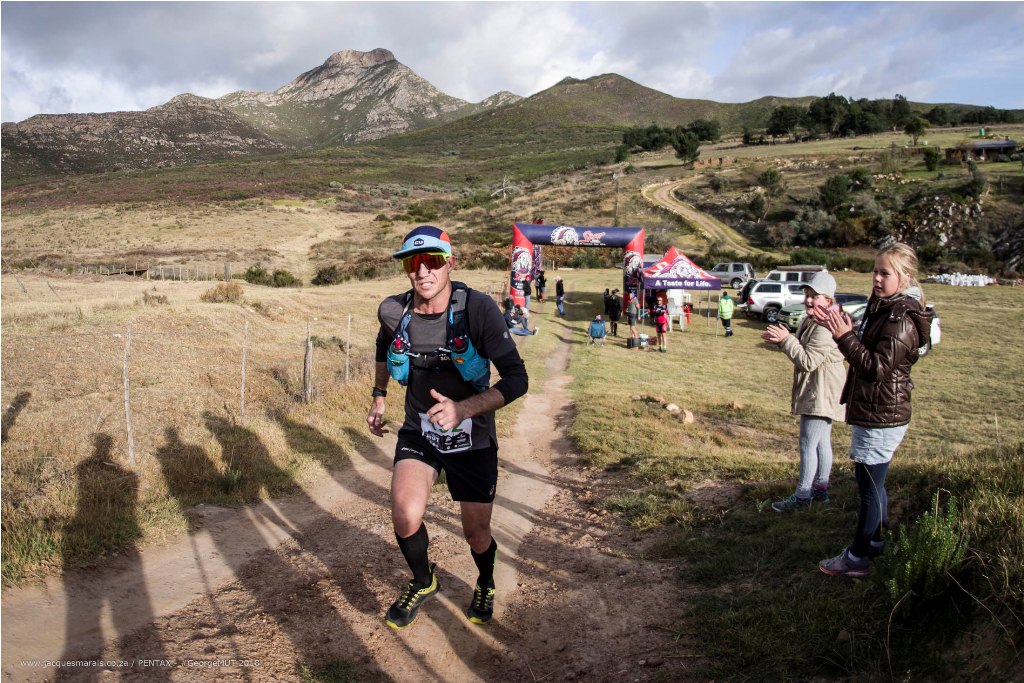 The Herald Valley is the half-way point of both the 60km and 25km race distances. Photo by Jacques Marais.

A Vertical Kilometre challenge caps proceedings on Monday the 17th of June. Entry is free and the racing starts at 10h00 from the Ground Zero Bike and Trail Park in George. The 4 kilometre long route features a brutal 1 kilometre of climbing to the summit of George Peak. To reward the true mountain goats for their efforts in the VK Challenge, there will be spot prizes and sunglasses from Pure Endurance 100% up for grabs.

Entries to the Discovery MUT close on the 3rd of June and only line entries to the 9 kilometre MUT Lite will be available on race day. For more information please visit www.georgetrailrun.co.za. To stay updated on all the news, training runs and to keep your trail stoke topped up ahead of the race,  like the George MUT Facebook page and follow @EcoBoundEvents ‏on Twitter as well as @georgemountainultratrail on Instagram. 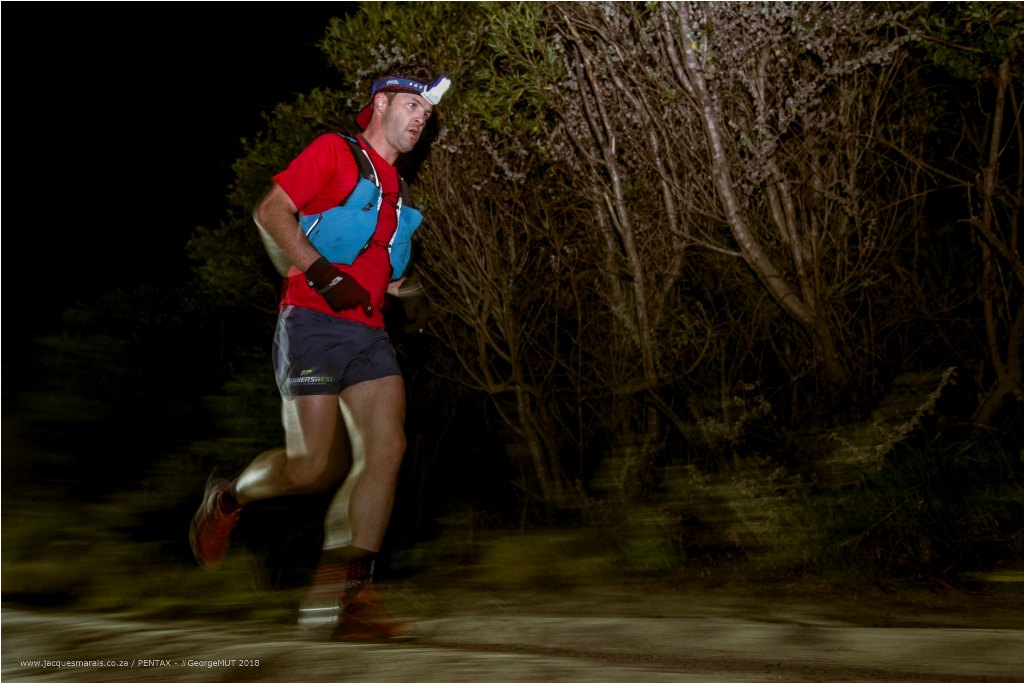 Starting at 05h00 the 60km trail runners will have an hour and a half of darkness to contend with at the start of their Discovery MUT adventures. Photo by Jacques Marais.