A muddy Beers was the first rider across the line and the only person to break the 5-hour barrier in 2020. His winning time of 4 hours, 59 minutes and 25 seconds was 12 minutes off the course record. That was no reflection on the effort the man from Knysna put in though. A slower first 30 kilometres, a head wind in the final 60 kilometres and tacky roads which pilfered momentum at every opportunity made for unfavourable conditions for chasing the record.

“I’m almost glad I’ve had a 5-year break from the Momentum Health Attakwas Extreme presented by Biogen” Beers joked upon crossing the finish line. “It gave me time to forget how tough it is!” Turning his attention to the explanation of how the race was won he revealed: “We were a fairly big group until nearly 30 kilometres to go. I’d increased the pace to try to shed a few riders from the group before that, but then on one of those long rolling climbs I attacked and got a bit of a gap.” 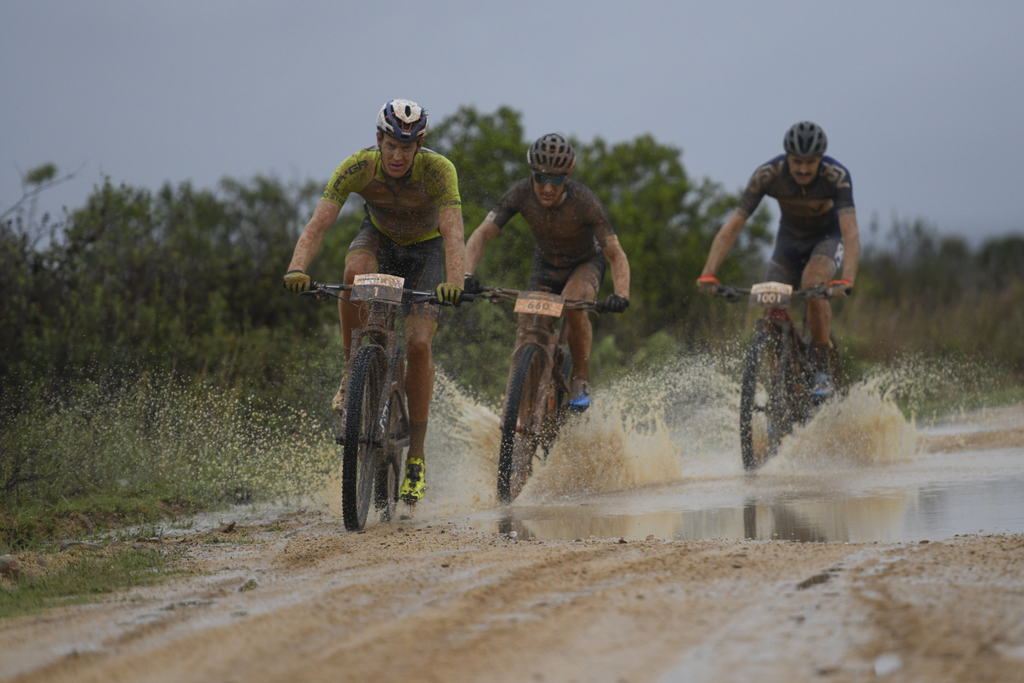 Overcast skies, but no rain, in Oudsthoorn gave way to an increasingly persistent drizzle as the day wore on. Photo by ZC Marketing Consulting.

“I had hoped that Wessel [Botha] would be able to come with me, and maybe I should have waited. But it worked out fine in the end. I chose to ride with a dropper seatpost for the aero advantage of being able to get lower on the descents. That helped me tuck in and I extended my lead on that first descent in particular.”

“I knew that Philip [Buys], Matthys [Beukes] and Gert [Heyns] would be trying to hunt me down, so I had to go full gas to the line. I won’t lie, it got dark at times. But not that dark, I could still push and I’m really happy with my form so early in the season. It’s a good sign” the 2020 race winner concluded.

After Beer’s attack split the lead group apart, his teammate Wessel Botha held second position for nearly 25 kilometres. Matthys Beukes, who started the day as the defending champion, stormed past the 21-year-old NAD Pro MTB rider in the final 5 kilometres. Beukes caught Botha on the final climb, powering past. Botha was unable to jump onto Beukes’ wheel and the PYGA Euro Steel rider rode away to second position. Botha crossed the line third. 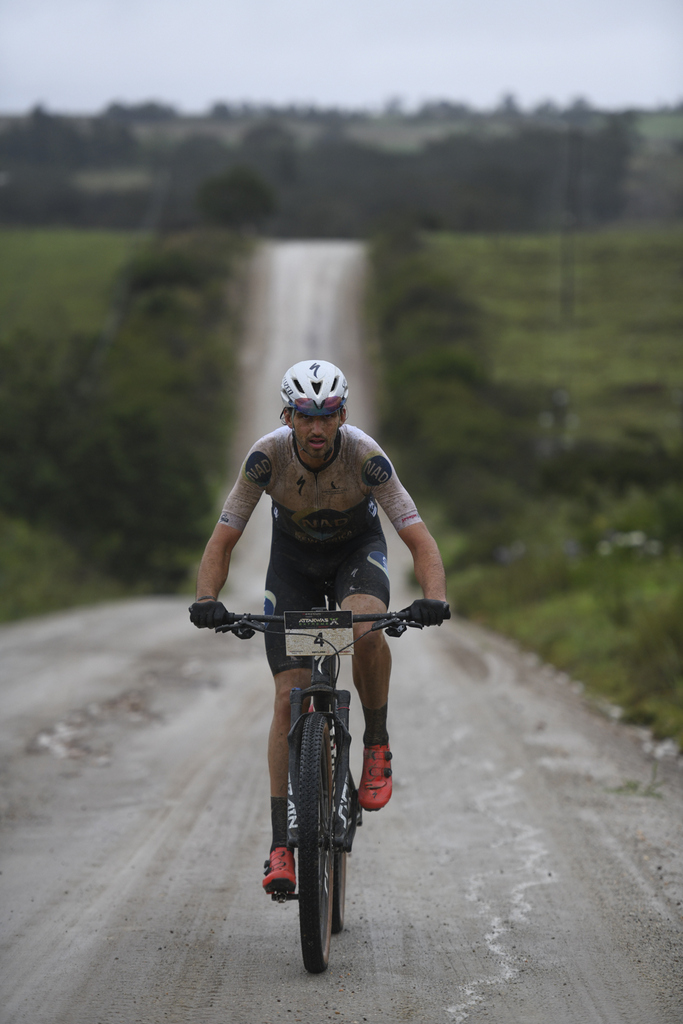 Matt Beers soloed to victory by attacking with just over 30 kilometres left to race. Photo by ZC Marketing Consulting.

In the women’s race Stenerhag made the racing from the first serious climb of the day. The Swedish marathon champion distanced her fellow elite women at the 30-kilometre mark and only Robyn de Groot could bridge across to her. “My chain had dropped just before that climb and when I saw Jennie [Stenerhag] going I knew I had to put in an effort. I started the climb at the back of the group but dug deep to catch her over the summit” De Groot recounted.

“I had hoped that Barbara [Benko] or Yolande [de Villiers] would come with me. But it wasn’t to be. So, Jennie and I pushed on. We raced together for two and a half seasons so we know each other really well” De Groot added. The dormakaba rider was the first women over the Queen of the Mountain climb into the Attakwaskloof, followed closely by Stenerhag.

The Fairtree Capital and dormakaba riders remained together until the finishing straight. “I’ve lost out in a sprint here before” Stenerhag said, reliving the heat-ach of 2019. “Last year I was coming back from an injury and didn’t contest the turn into the cement stripped descent into Pine Creek Resort as fiercely as I could have. This year I made sure to get onto that section first and around the penultimate corner in the lead. Then it was just about keeping the inside line and once I rounded the final bend to kick with everything I had.” 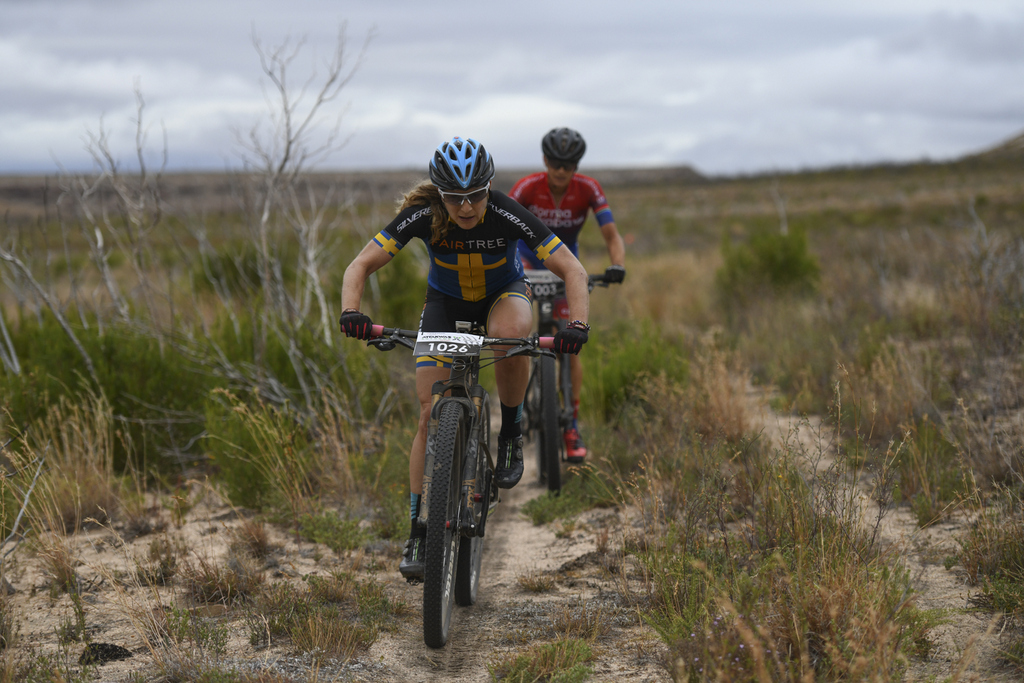 Jennie Stenerhag and Robyn de Groot spent 90 kilometres together at the front of the women’s race. Photo by ZC Marketing Consulting.

“I’ve tried to win this race 8 times now” Stenerhag smiled. “Each time before this year I’ve come up short, so that makes the victory all the sweeter.” Stenerhag’s winning time was 5 hours, 54 minutes and 23 seconds. De Groot crossed the finish line a single second later. Hungarian cross-country champion Barbara Benko was third, completing the podium in her Momentum Health Attakwas Exreme presented by Biogen debut.

Further back in the field there were big smiles, despite the rain. As the afternoon wore on the precipitation fell with increased intensity and each rider across the Pine Creek Resort finish line was muddier than the last. “One thing you can be guaranteed of at the Atttakwas is that it will be extreme” said Oliver Munnik, who finished in forty sixth position overall.

“Revered for heat, the 2020 edition started the decade off with uncharacteristically cool weather which gave way to drizzle and a stiff breeze” Munnik continued. “Initially the wind was a tail wind before swinging to a lactic acid inducing head wind for the final 50 kilometres. The wet conditions did not dampen our spirits however and the camaraderie was awesome, with everyone suffering together. The challenges of the Momentum Health Attakwas Extreme presented by Biogen made the Spur burger at the finish line, in Groot Brak, better than ever. It is one of those races which hurts at the time, but which you have to come back to every year.” 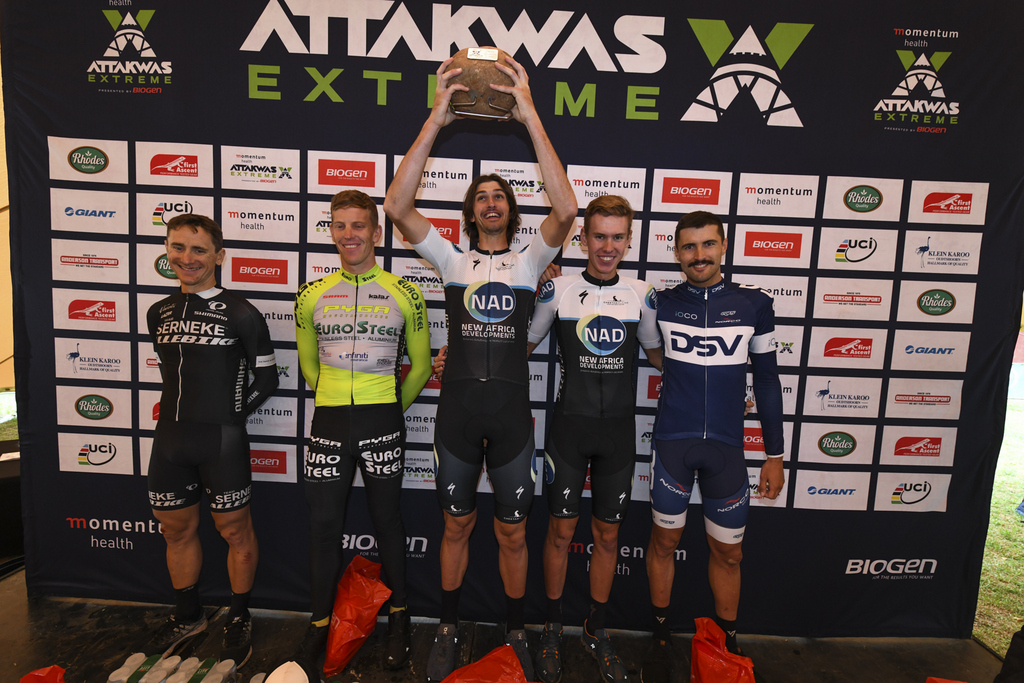 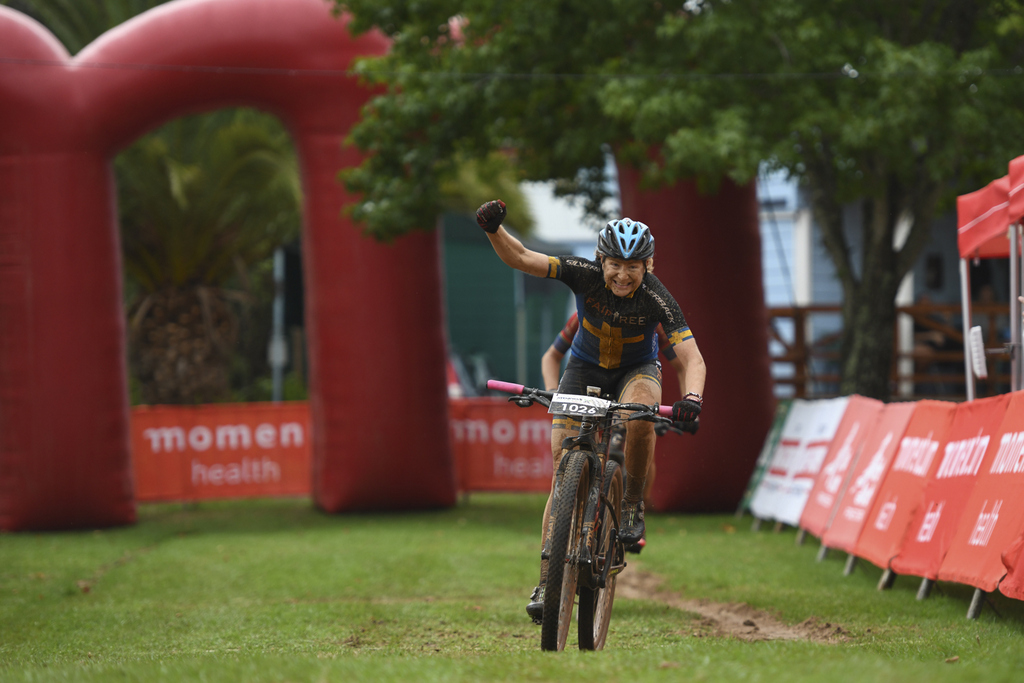