For the Imbuko Giant Pro Cycling team the South African mountain biking season has already begun. The squad’s first outing was the Momentum Medical Scheme Attakwas Extreme, presented by Biogen, in January. While the line-up of riders and sponsors remains unchanged the team will be sporting a fresh new look, which they debut at the Momentum Medical Scheme Tankwa Trek, presented by Biogen, this weekend.

“After a 2019 season that exceeded our expectations, we are very happy to be moving forward with the same partners and setup into 2020” revealed Max Sullivan, the Imbuko Giant’s rider/manager. “Imbuko Wines and Giant Bicycles remain our title sponsors and we are exceptionally grateful for their ongoing support. It will once again fall upon Marco Joubert and Nicol Carstens to repay that confidence as they take on South Africa’s most prestigious stage races together.”

“As a team we have identified the Momentum Medical Scheme Tankwa Trek, presented by Biogen, the Absa Cape Epic, KAP sani2c, the Momentum Medical Scheme Cape Pioneer Trek, presented by Biogen, and FNB Wines2Whales as the key targets of the 2020 mountain biking season. Joubert, Carstens, myself and eighteen-year-old Tristan Nortje, who has joined the team on a permanent basis will also take part in a number of other stage and single day events too” Sullivan confirmed. “The one-day events the team will target are aimed at ensuring Joubert and Carstens are in contention for selection for the South African team to the UCI Marathon World Championships. The race takes place in Sakarya, Turkey, on the 25th of October. In order to qualify they will have to achieve stellar results at the South African Marathon Championships, in Karkloof on the 31st of May.”

“Nortje has moved up the ranks into the under-23 category and will predominantly be focusing on cross country and one day events” Sullivan elaborated. “He is an exceptionally talented young rider though and we have complete confidence in his ability to step should he need to fill Joubert or Carstens’ shoes in the unfortunate case of illness or injury.” 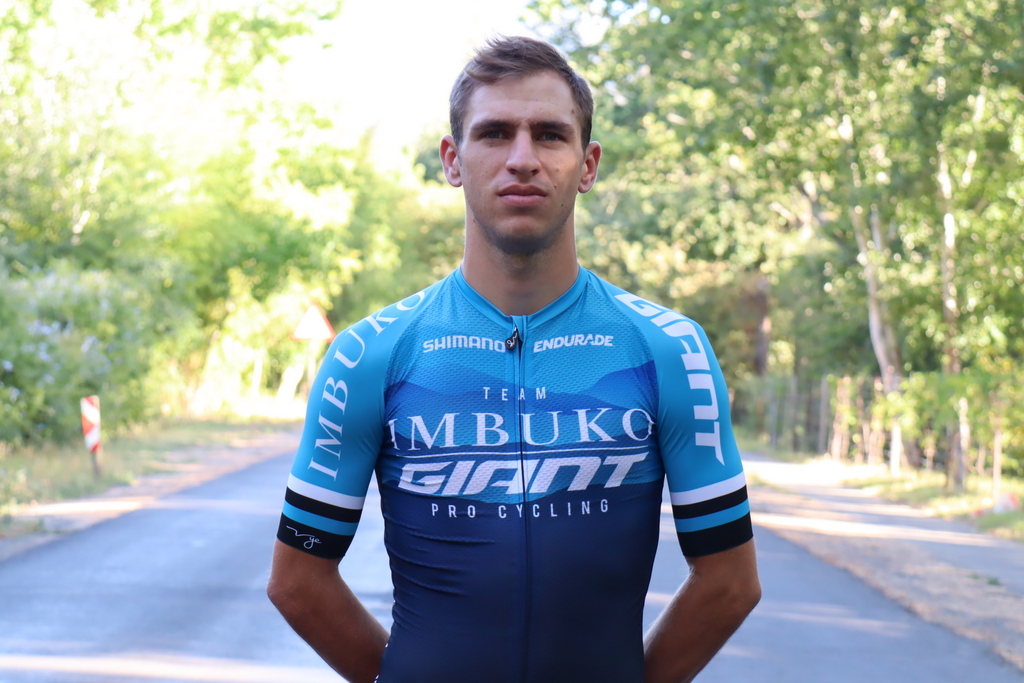 The Imbuko Giant team’s first stage racing goal of the season is the Momentum Medical Scheme Tankwa Trek, presented by Biogen. In 2019 Joubert and Carstens finished in fifth position after four challenging days of racing. They were the highest placed South Africans on the general classification, a result which if repeated will see them win the inaugural South African jerseys at the race through the Koue Bokkeveld.

Thereafter Joubert and Carstens’ focus shifts to the Herald Cycle Tour and the Imbuko Big 5 Challenge, in Wellington; which will make up the majority of Stage 5 of the 2020 Absa Cape Epic route. Suitably primed for the Untamed African Mountain Bike Race, having ridden multiple sections of the route in race situations they will start the Absa Cape Epic on the 15th of March. As for most South African teams it is the Imbuko Giant squad’s primary goal for the season. 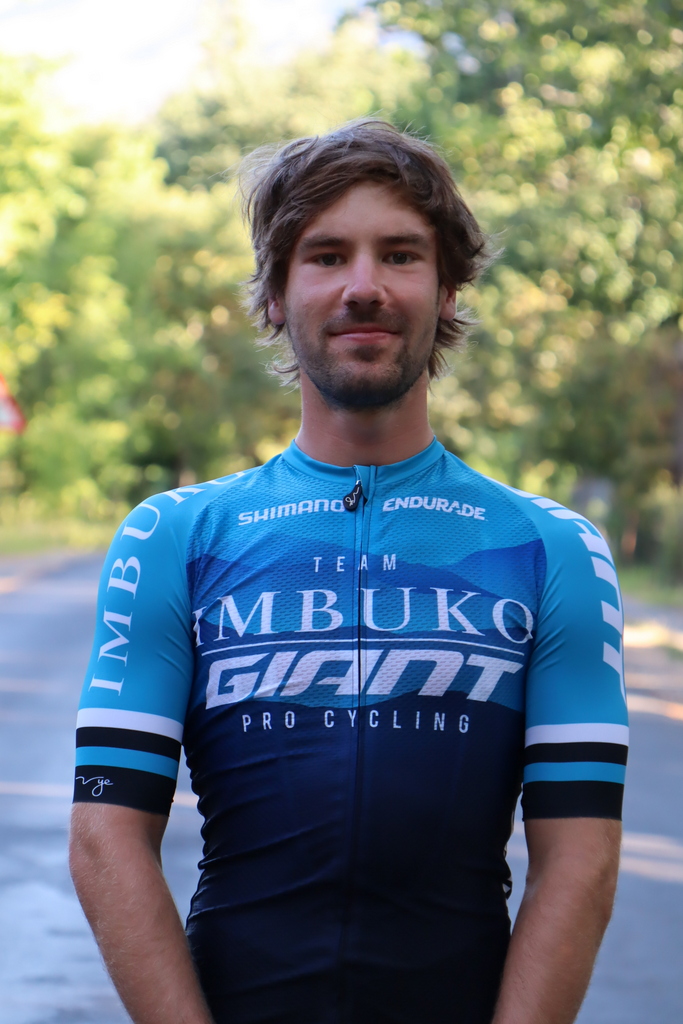 Last time out Joubert and Carstens finish in a highly credible eleventh position overall, securing second in the Absa African Jersey category in the process. “In 2019 Nicol [Carstens] and myself really cemented our spot as being one of the best marathon racing in South Africa I feel” Joubert said. “2019 was a big year for us, we gained valuable experience and confidence in our riding abilities. Most of the races we did were a first for both Nicol and myself; so, what I am looking forward to most for 2020’s racing campaign is carrying over the experience and confidence. 2020 will be an even bigger and more successful year for the team as a whole I hope.”

Carstens for his part is eager to build on a successful 2019. “My third place at Momentum Medical Scheme Attakwas Extreme, presented by Biogen, last year was definitely my highlight of the year” the 24-year-old from Rawsonville recounted. “It was our first race as a team, shortly after that we managed to turn some heads and surprise everyone with our fifth place overall at the Momentum Medical Scheme Tankwa Trek, presented by Biogen, despite Marco [Joubert] going down quite hard in the first 500 metres of the race”. 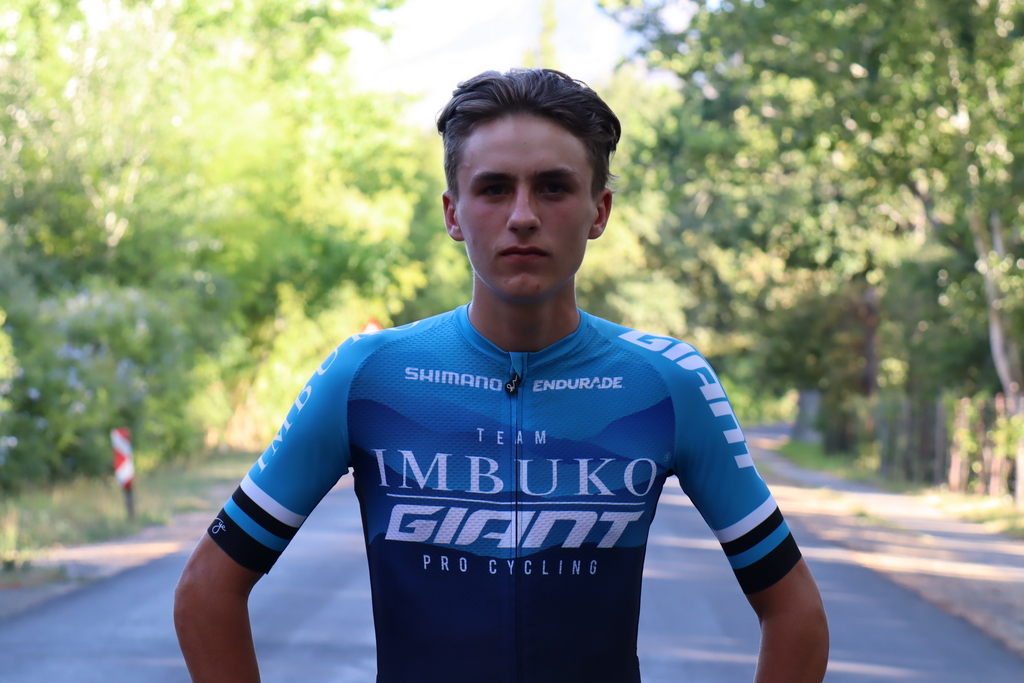 Joubert touched on the confidence they gained from last year’s racing: “Opening our 2019 stage racing campaign with a podium finish at Tankwa Trek was a big surprise and motivating force for the team. Especially sharing the podium with some of the biggest teams in the sport; like Cannondale Factory Racing, Specialized Racing and Team Bulls.”

While Joubert and Carstens will be building on their experiences of 2019 Nortje will be forging the first steps of his professional career. He will kick-start his cross-country campaign at Mankele, near Nelspruit, before switching his attention to stage racing, for the Knysna Bull. The Garden Route race features a prologue and three marathon stages, but also boast and under-23 category; thus, allowing Nortje to race his age-group peers as well as more experienced elite riders. 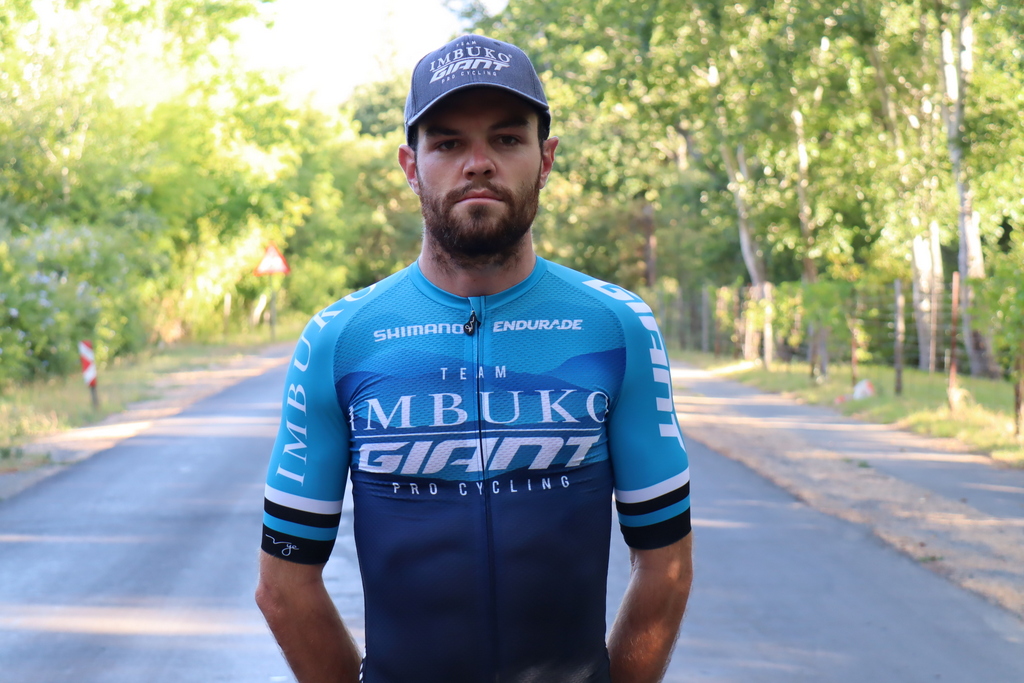 The Imbuko Giant kit design for 2020 incorporates a fresh new twist that pays homage to the beautiful areas in which the team race and live. The outlines of faded mountains behind the title sponsor logos is a concept they pitched to our kit manufacturer, Vye Cycle Kit. “It resembles the view, as seen from our service course, of the Jonkershoek Valley as well as the mountains surrounding Imbuko Wines in the heart of the Winelands” explained Sullivan. “The team spends so much time in the mountains, all over the country, so we’re very happy with the new look and can’t wait to get racing.”