Stage 2 of the Momentum Medical Scheme Tankwa Trek presented by Biogen saw the UCI men’s and women’s lead change hands. CST PostNL Bafang and Faces CST started the day in the yellow and pink First Ascent leaders’ jerseys on Friday morning. Four hours later the Bulls Heroes and Fairtree were in possession of the coveted garments after a dramatic 84 kilometres of racing.

Starting and finishing at Kaleo Manor, in the Koue Bokkeveld, the stage looped into the mountain biking playground that is the Witzenberg Valley. A playground at least for the strongest and most technically gifted riders. The hand-built singletracks, which were caved into the sandstone soils by Hannes and Sakkie Hanekom offer no quarter and any weakness is quickly amplified on this unforgiving terrain.

Having lost nearly 30 minutes on the opening stage, with a broken chainring, Cannondale Factory Racing were eager to make amends on Stage 2. Henrique Avancini and Manuel Fumic set the pace from the gun and soon stretched the elite men’s field. As they were no risk to the overall title the CST PostNL Bafang team, of Sebastian Fini and David Nordemann were content to let Cannondale Factory Racing have free reign. 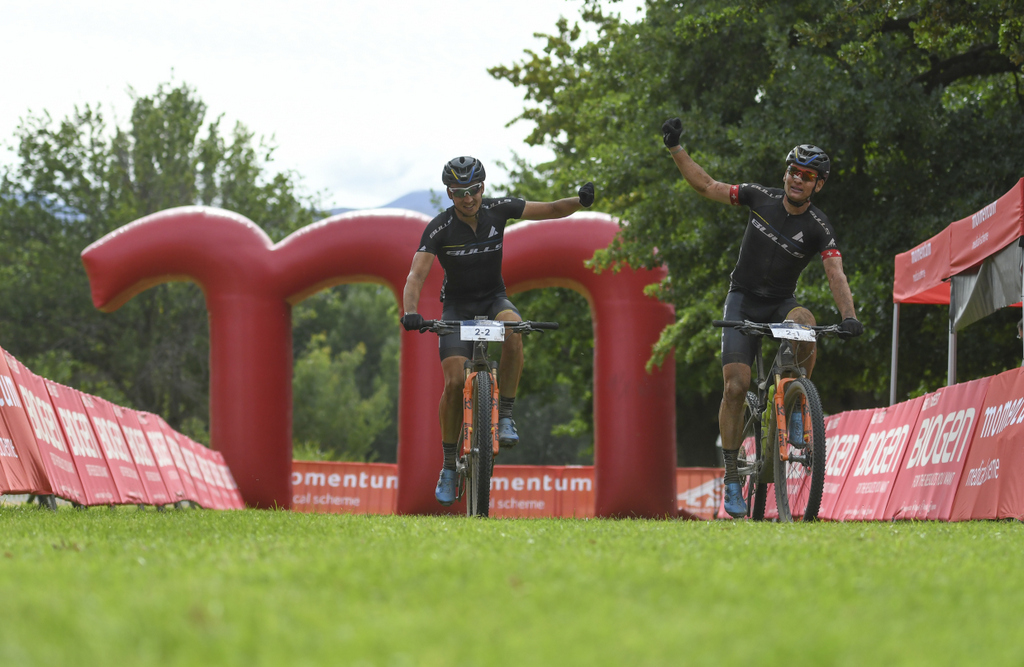 The race leaders were more concerned by the Bulls Heroes, Bulls Legends, PYGA EuroSteel, DANSTE Racing/Megatech and their closest rivals overnight Cannondale Factory Racing 2. Urs Huber and Simon Stiebjahn were looking particularly strong; riding themselves into contention after a difficult, but not disastrous opening stage. “Yesterday was hard” Huber confessed. “But today we felt better and better as the Stage went on. In the last hour in particular we were good.”

Explaining how the stage unfolded he continued: “We could not go with Cannondale [Factory Racing] earlier, but then we saw they had a problem in the tech-zone [with 25 kilometres remaining]. A few kilometres later we passed PYGA [EuroSteel] when Philip Buys was standing by the side of the road [with cramps]. On the climb out of the Witzenberg Valley we could make a little difference and got a small lead on the CST PostNL Bafang team. Fortunately, Stiebie [Simon Stiebjahn] and I were both feeling really good still and we could work together into the headwind to the finish.”

Huber and Stiebjahn’s stage win was emphatic, but it soon emerged that the stage result was only half of the story. When Fini and Nordemann outsprinted Tristan de Lange and Alexander Miller for second, they stopped the clock 1 minute and 2 seconds down on the stage winners. That left the Bulls Heroes and CST PostNL Bafang tied on 4 hours, 14 minutes and 39 seconds. A count back revealed that only seventy-five thousandths of a second separated the new yellow jersey wearers from the old.

In the women’s race, the change of lead was far clearer cut. Candice Lill and Mariske Strauss were put under pressure in the Witzenberg Valley by Fairtree’s Nadine Rieder. The tall German ratcheted up the pace on the day’s most significant climb, a 10-kilometre-long ascent to the ridgeline which separates the Valley from Tulbagh to the west. 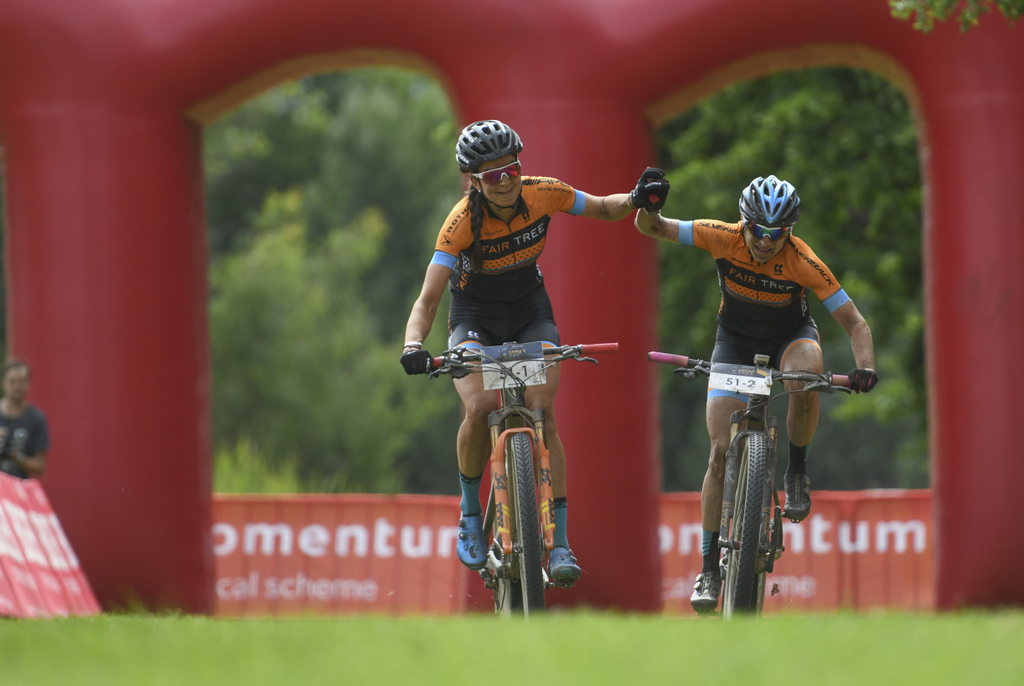 “I didn’t plan to attack, I just wanted to ride my own pace” Rieder confided. “I looked back and Jennie [Stenerhag] was a few meters behind me; so, I just carried on at my pace knowing she would ride back to me. From there we worked together well to the finish, but we never knew how far behind the chasers were so we had no idea we could claim the lead today.”

The Fairtree team were followed across the line by dormakaba blue’s Robyn de Groot and Adelheid Morath. They finished 3 minutes and 7 seconds behind the stage winners and moved up to third overall. Strauss and Lill, of Faces CST, finished third on the stage, dropping one general classification position to second.

“I’ve always struggled with this route” Strauss confessed after surrendering the pink UCI women’s First Ascent leaders’ jersey. “I don’t really know what it is, but at least the Merino Monster stage has been good to me in the past. So, we will fight again tomorrow.”

“Anything can happen in the Momentum Medical Scheme Tankwa Trek presented by Biogen” Stenerhag stated. “The Merino Monster is a really tough climb. But you can’t really ride it tactically. Because it is so long, starting down in the Ceres Valley already, it proves who the strongest riders on the day are.”

Mountain biking fans can tune in – to the race’s Twitter handle, @tankwatrek – from 06:30 on Saturday morning to see if Fairtree and the Bulls Heroes can emerge the strongest from the Queen Stage. The 89-kilometre route features an energy sapping 2 200 metres of climbing and tops out at 1 750 metres above sea level. Karl Platt is the current King of the Mountain record holder; on the 7.7-kilometre-long Merino Monster ascent, having managed to conquer it in 37 minutes and 47seconds in 2017. Sabine Spitz holds the women’s record; of 48 minutes and 37 seconds, set in 2018. 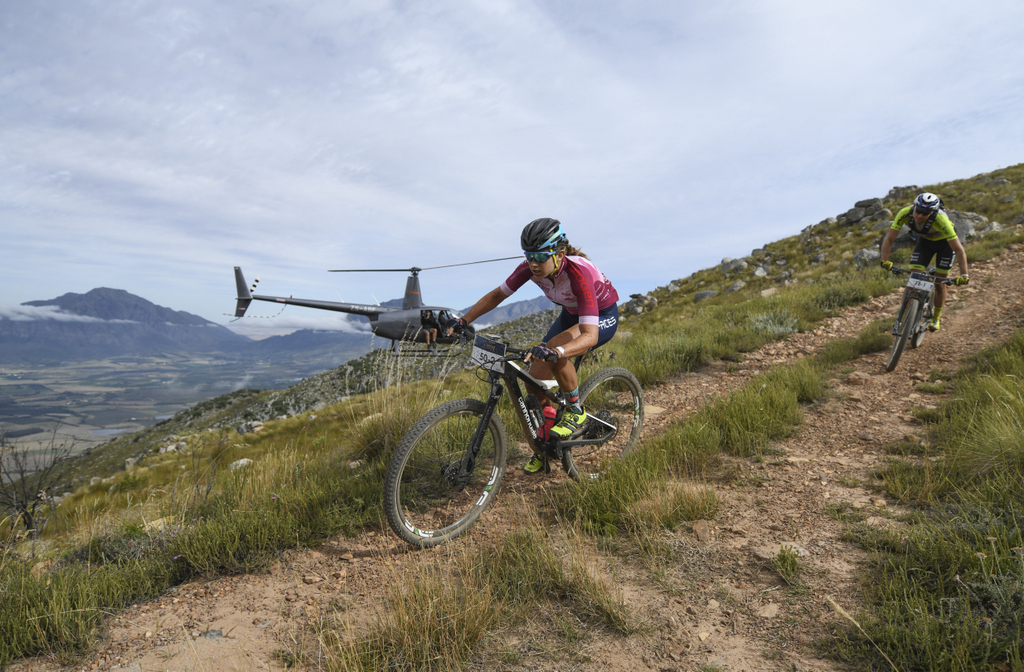 The Witzenberg Valley, the playground for Stage 2, is encircled by rugged mountains making it the perfect staging ground for a mountain bike race. Photo by ZC Marketing Consulting. 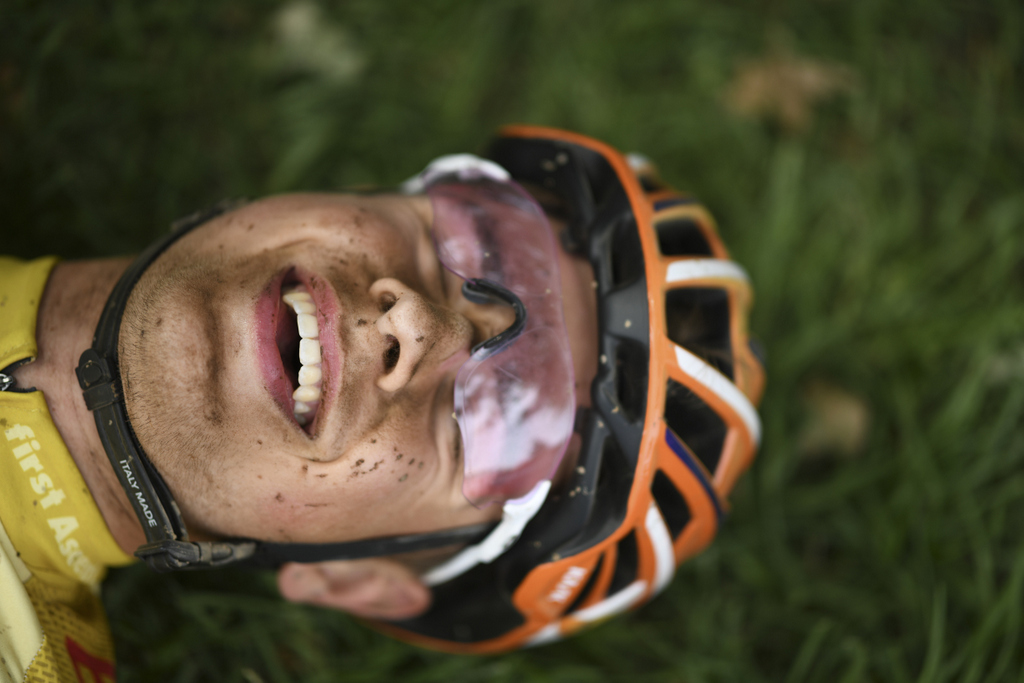