Leg 4 of Peter van Kets and Jacques Marais’ Beyond Lockdown, Beyond Expedition, took them to the Groot Merico. A landscape made famous by Herman Charles Bosman’s Oom Schalk Lourens stories. Where the bush veldt comes alive with leopards, ghost stories and tales of lost love.

“There is no other place I know that is so heavy with atmosphere, so strangely and darkly impregnated with that stuff of life that bears the authentic stamp of South-Africa.” – Herman Charles Bosman 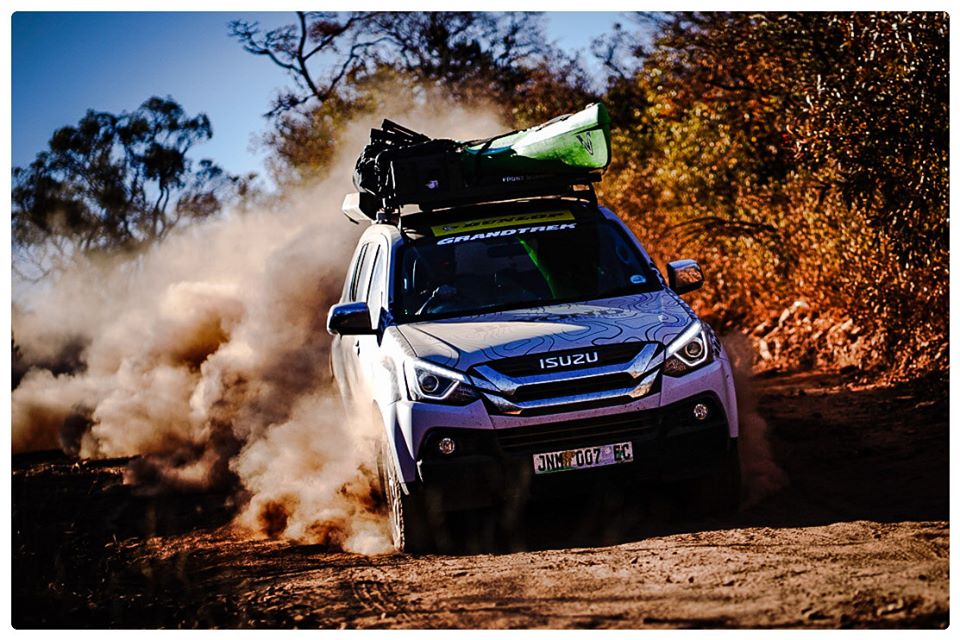 The Isuzus, and their Dunlop tyres, devoured the dusty roads through the North West Province. Photo by Jacques Marais.

And Breathe… “The dust-devil scrub land of the North West flickered into view after a near-1000 kilometre drive across the Free State flat lands” recounts Jacques Marais. “Fuelled by mediocre Wimpy coffee and the decidedly retro lang-arm tunes of OFM (as an Oom, this is sort of my vibes these days, so I’m not complaining).”

“I’m a huge fan of Herman Charles Bosman, which means Groot Marico has been on my radar since I first read ‘Mafeking Road’ and ‘Cask of Jerepigo’ many a moon ago” Marais reflected. The quirky little dorp of Mahikeng, as Mafeking is now known, is enveloped by the Marico Biosphere Reserve. This includes the Molopo and Marico river systems, and characterized by dolomite outcrops and an expansive deciduous montane bush veldt ecosystem. 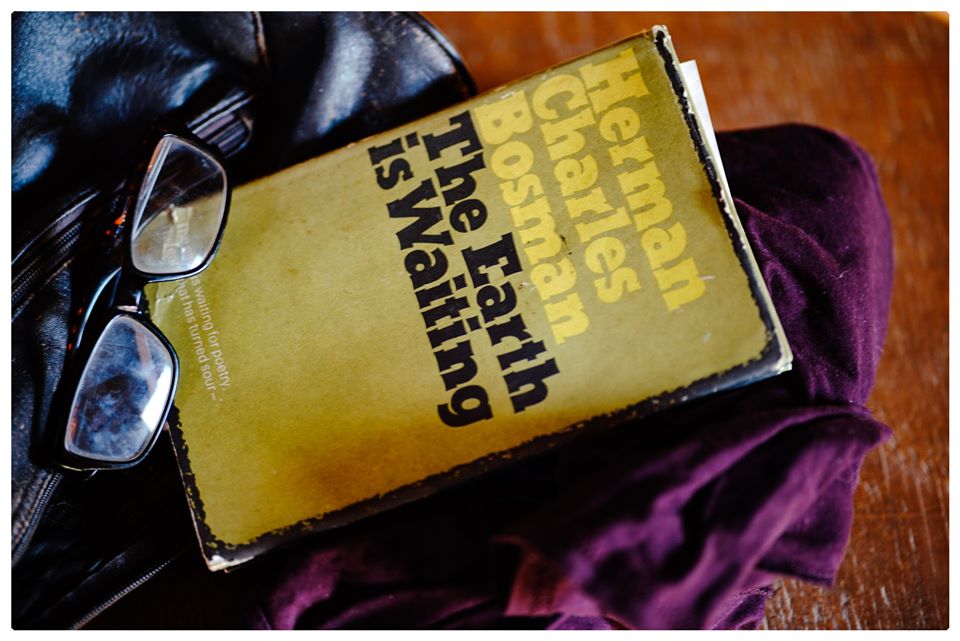 The tales of Herman Charles Bosman still echo through the Groot Merico. Photo by Jacques Marais.

One of the Beyond Lockdown key adventures here was a sublime free dive into the Marico Eye sink hole. It’s a crystal-clear spring, approximately 18 metres deep, and is secreted away on a farm; where a 68 kilogram boerboel by the name of Bwana is in charge of access control. Once you manage to slip past this Schwarzenegger canine, what awaits is one of the most astounding aqua experiences you can have anywhere in Southern Africa.

A characterful journey to the #NorthWestProvince as the #BeyondLockdown crew spends some time in #GrootMarico"There is no other place I know that is so heavy with atmosphere, so strangely and darkly impregnated with that stuff of life that bears the authentic stamp of South-Africa" — Herman Charles Bosman

Posted by Beyond Expeditions on Wednesday, 12 August 2020

The spring itself is approximately 80 metres across and covered in giant green lily pads. “When you dip your head below the water surface, a wonder-world of blue and green hues will seduce you into the glorious, cool embrace” Marais retold. “Schools of tilapia flock languidly within the glittering refraction of the midday sun’s rays as you fin into a surreal mind-space amidst the gentle sway of entwined lily stalks.” 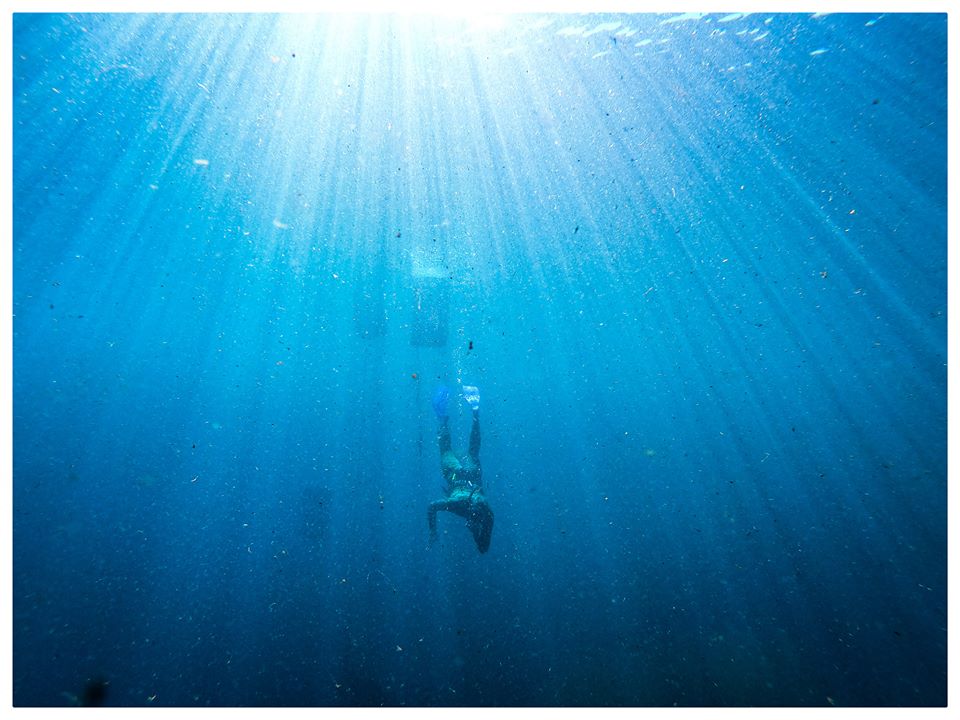 Peter van Kets dove deep to determine the depth of the Merico Eye is in fact 18 meters. Photo by Jacques Marais.

Peter van Kets dived for the bottom, while the rest of the team were content to remain in the warmer water, nearer the surface. Especially knowing what the locals had in store for them later. No trip to the Merico would be complete without the mythical spirits which fuels many of Bosman’s best stories about the region and its personalities.

What really makes the Groot Merico special are its characters. And what better way to be embedded in the culture than with a traditional mampoer tasting! The crew was treated to this intoxicating varietal of moonshine by ‘Die Donkie Boer of Mareetwana’. He refers to this as a tande-borsel exercise, as there is no ways plaque will survive the application of a liberal dose of this home-stilled and downright lethal spirit. 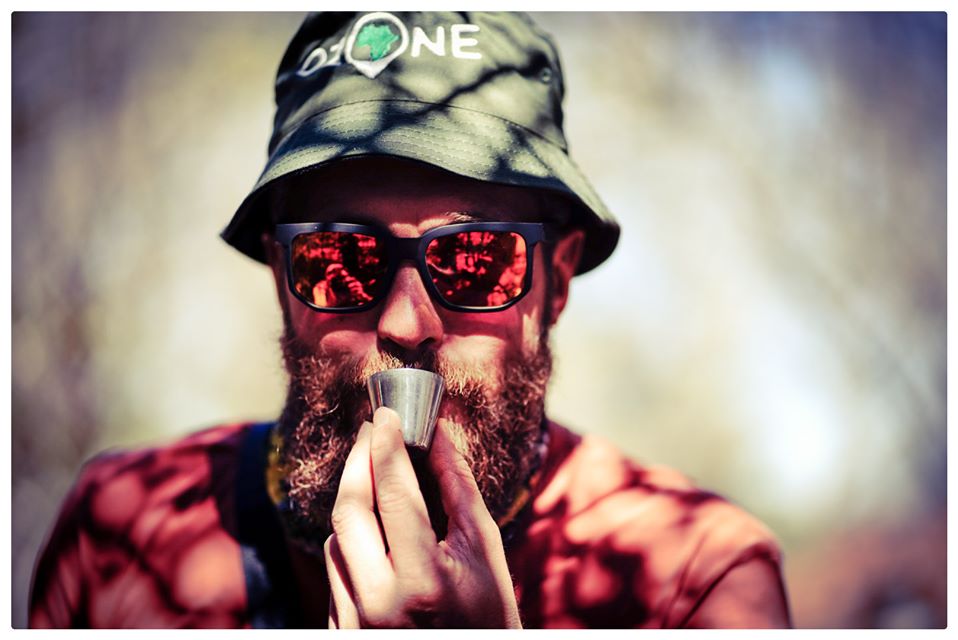 Bottoms up. Photo by Jacques Marais.

A few slugs of mampoer set us up for lekker home-baked bread and kudu potjie, before we settled in for some cultural storytelling, in the school where Bosman himself taught as a young man. The little cottage at Riverstill Guest Farm – set within a tranquil patch of indigenous forest right on the edge of the Marico River – made for a superb escape to recover from the after-effects of the tande-borsel session.

The time is now to get out there and support tourism at grass-roots level; you can help change the lives of those thousands of people dependent upon your contribution to their local economy. The next leg of the ‘Long Drive to support South African Tourism’ takes the Beyond Lockdown, Beyond Expeditions, team past Lotlamoreng Cultural Village near Mahikeng, where they met the incredibly knowledgeable Galefele Matlhwăi Molema, but more on this later. They then had to put foot to get to Brigitte Joubert, at the The Fat Olive Country Restaurant, for a Weber braai food evening. In the morning they’ll be guided through the Jozi streets on a dawn graffiti e-bike ride, with Eelco Meyjes. 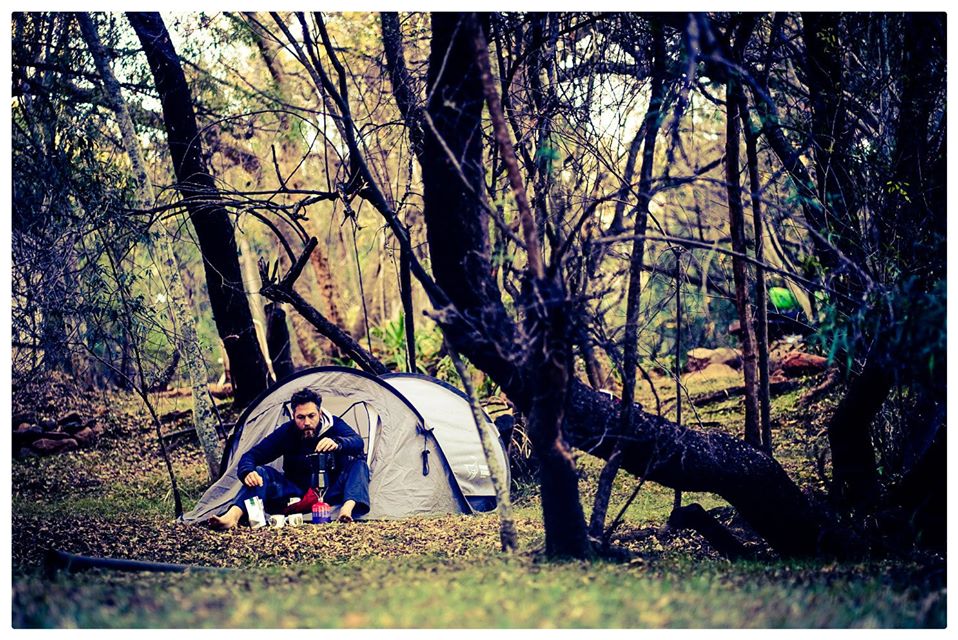 Theres no better coffee than one made while camping. Photo by Jacques Marais.

Be sure not to miss the excitement. Keep following the Beyond Lockdown adventures on social media, the until the 20th of August, on the following channels: