Leg 5 of Peter van Kets and Jacques Marais’ Beyond Lockdown, Beyond Expedition, took them to Jozi, the City of Gold. After 9 days of back country travelling, they spent the 10th day exploring South Africa’s financial hub; Johannesburg.

“Imagine a city where graffiti wasn’t illegal, a city where everybody could draw whatever they liked. Where every street was awash with a million colours and little phrases. Where standing at a bus stop was never boring. A city that felt like a party where everyone was invited, not just the estate agents and barons of big business. Imagine a city like that. And stop leaning against the wall – it’s wet” – Banksy. 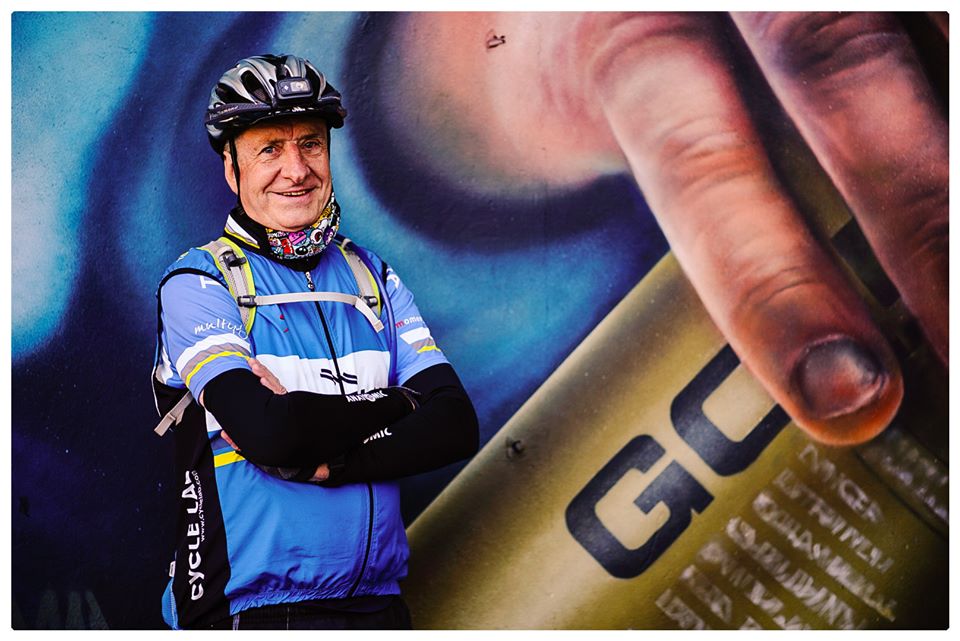 “I may know relatively little about graffiti, but that does not mean one cannot have an innate appreciation for street art” says Jacques Marias. “Two things made today’s, Isuzu South Africa, Beyond Lockdown mission special: firstly, it was an urban adventure, and secondly, it constituted an educational tour de force from Jozi’s Eelco Meyjes; on the Walls, Graffers, Taggers and Burners brightening the suburban Jozi landscape.”

“What a buzz to crank off from Fournos Bakery Group, dodging taxis and rush hour traffic, all while sniping along suburban streets in search of vibrant and larger-than-life works of art. As the world-famous Banksy says, ‘A wall is a very big weapon. It’s one of the nastiest things you can hit someone with’.” 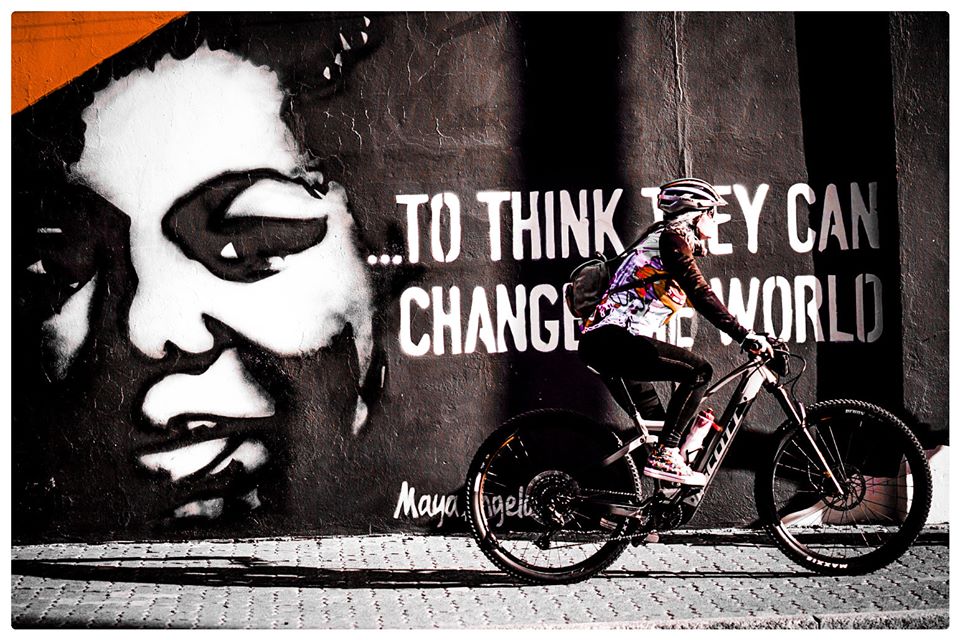 Martin Travers inspired by Maya Angelous quote: If you can’t change it, change the way you think about it. Photo by Jacques Marais.

If you follow in the Beyond Expeditions team’s wheels you’re bound to be challenged, astounded and amazed. This ‘Johburg Street Gallery’ features world-famous artists like Falco, Paige33, Faith47, Nomad and the likes. Add to this a buzzy, zippy, fast-forward – and ultimately accessible ride – and hits you head-on. It’s an everyman urban adventure bound to blow your hair back. Both Eelco and his sweeper, Juno, are on eBikes, so you should feel free to plug into some battery-powered backup!

“This brings us back to why you need to support South African tourism (and yes, I’m harping on about this)” Marais reiterated. “You can change the lives of many thousands of people, dependent upon your contribution to the local economy, and this really is what our ‘Long Drive to support SA Tourism’ is all about.” 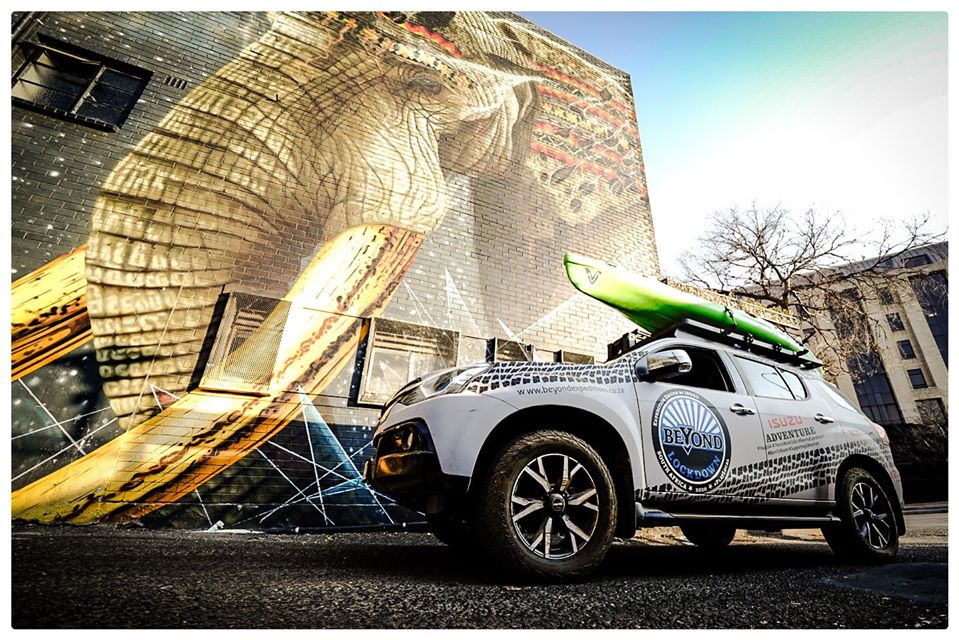 Two African icons, one depicted by Sonny and the other constructed by Isuzu. Photo by Jacques Marais.

The team’s next destination for exploration, at which an exceptional 48 hours of adventures are planned, is Magoebaskloof. The Beyond Lockdown crew will be based at the Zwakala Brewery to bring you the story of South Africa’s northern-most craft brewery and the sad tale of how lockdown has them and their industry teetering on the edge. Stay tuned for all the stories. Keep following the Beyond Lockdown adventures on social media, as they continue their 9-province tourism tour, on the following channels: 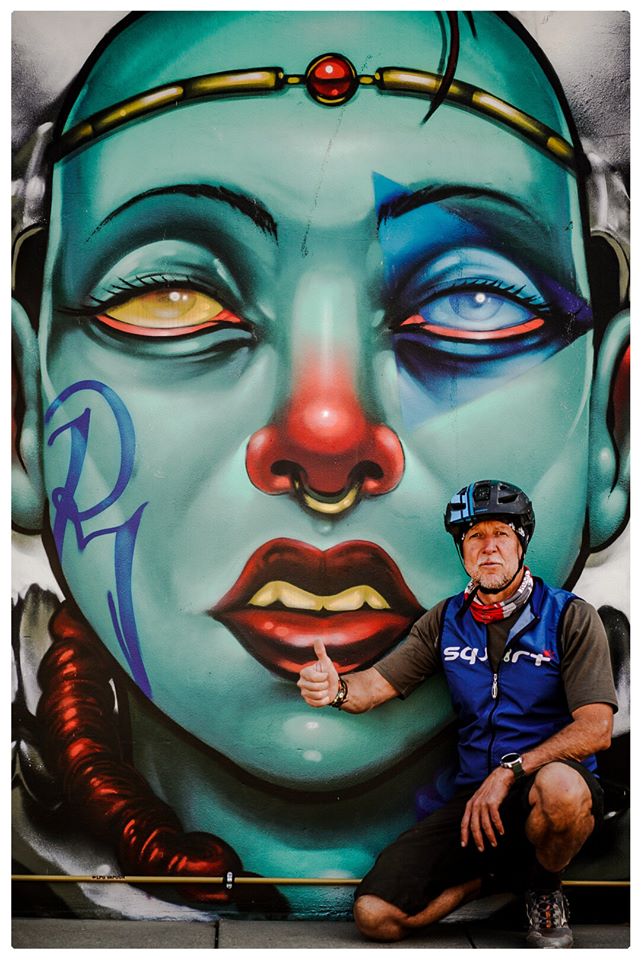 Rekso Le Hond is a tattoo artist by day and a graffiti artist by night. Photo by Jacques Marais.