Beyond Lockdown: Hole in the Wall

Beyond Lockdown: Hole in the Wall

Leg 9 of Peter van Kets and Jacques Marais’ Beyond Lockdown, Beyond Expedition, was their final destination on the ‘long drive to save South African tourism’.  The stop was on the Transkei coast, at Coffee Bay and Hole in the Wall, two locations synonymous with Eastern Cape adventures.

“I am fundamentally an optimist. Whether that comes from nature or nurture, I cannot say. Part of being optimistic is keeping one’s head pointed toward the sun, and one’s feet moving forward…”  – Nelson Mandela

There’s no better place to be an optimist than the Transkei. The land is fertile, the ocean is alive with life and the people are among South Africa’s friendliest. Speaking of the ocean Coffee Bay brought the first surf of the trip, after 7 523 kilometres of driving around with boards strapped to the roof. While Hole in the Wall, caved from the soft stone cliffs by the wild Indian Ocean over millennia, was as spectacular as ever. Paddling in the sheltered pool, between the island through which the hole was bored by the waves and the rolling hills of the Transkei was by all accounts a fantastic experience. 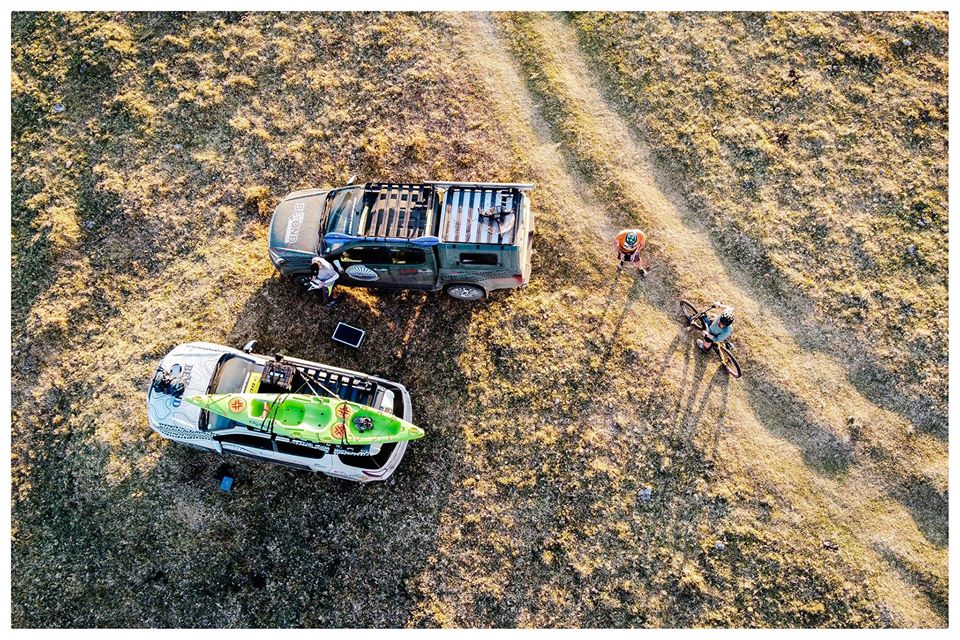 The Isuzu mu-X and D-Max have performed incredibly on the Beyond Lockdown journey around South Africa, carrying heavy loads over rough roads and chasing adventures wherever the locals suggested they may be. Photo by Jacques Marais.

Of course, the temptation to surf a wave breaking through the hole was too great to resist. As was the prospect of a ridgeline trail run and a cattle path mountain bike ride. No trip to the Transkei would be complete without oysters straight from the rocks and a quart of ice-cold Zamalek, while the sun sets behind you as you look out to sea, reflecting on the state of our beautiful nation.

“I set off on our Isuzu South Africa Beyond Lockdown Expedition with many a misgiving about South Africa roiling around in the pit of my stomach” confessed Jacques Marais. “Post-lockdown blues, cut-throat crime, corruption, a lack of political will, economic junk status … let’s just say it’s not necessarily a pretty picture.” 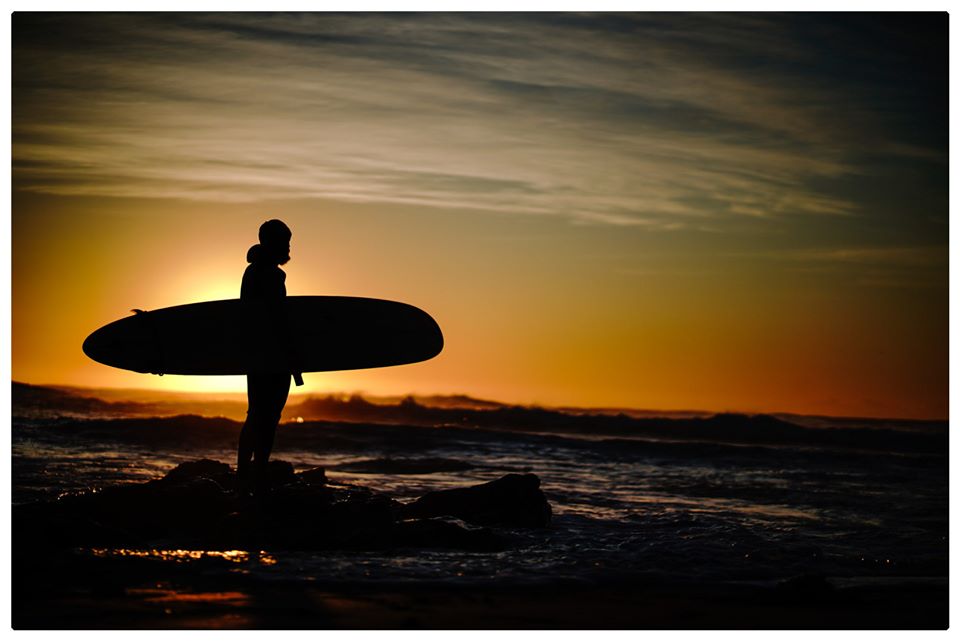 “It is now nearly 3 weeks later, and none of that has really changed” Marais continued. “We’re still up shit creek as a nation, but I have hope, because of the people I have met. West Coast fisherman, Oubaas, who keep on keeping on; the irrepressible Vinkie, staunchly drawing her line in the blood-orange Kalahari sand; bird guide David Letsoalo, who can imitate every feathered creature in the Kurisa Moya forests; or Mzo Xolo, who we just met in Coffee Bay on the Wild Coast; the 9th province and final ‘official’ stop on our 9 000 kilometres Beyond Expeditions road trip to support South African tourism”.

“Every one of these characters – and dozens of others who we met en route – is a champion” he added. “And no country could ask for better soldiers in this post-pandemic war we will need to wage as we try to secure our collective futures. We’ll be sharing all their stories as we start the hard graft on the imagery, footage and content we generated… There is loads of storytelling still to come! So, stay tuned…” 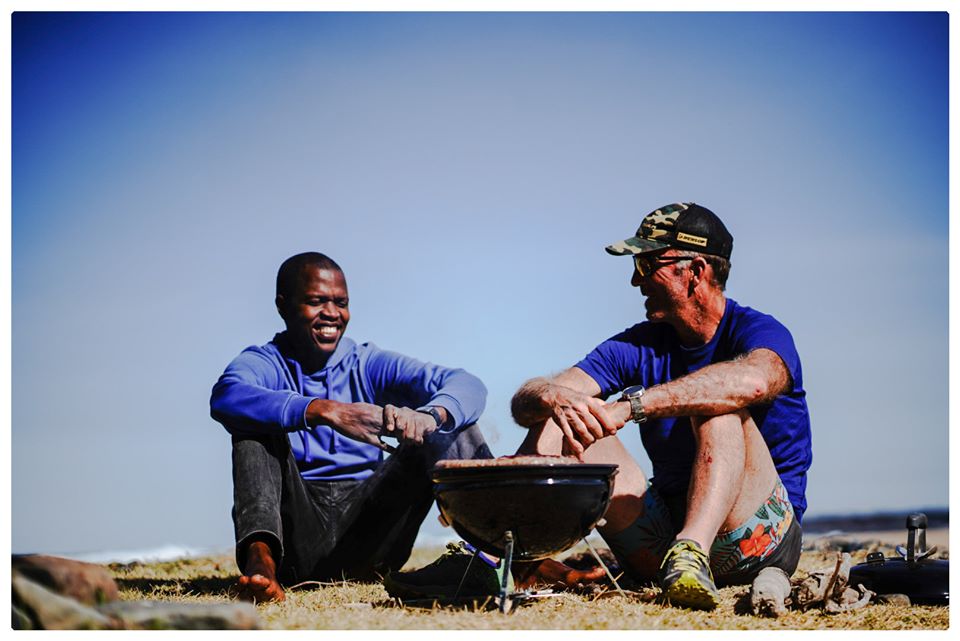 Making friends and solving the countrys problems over a [Weber] braai. Photo by Jacques Marais.

Follow Beyond Lockdown adventure on social media, on the following channels: 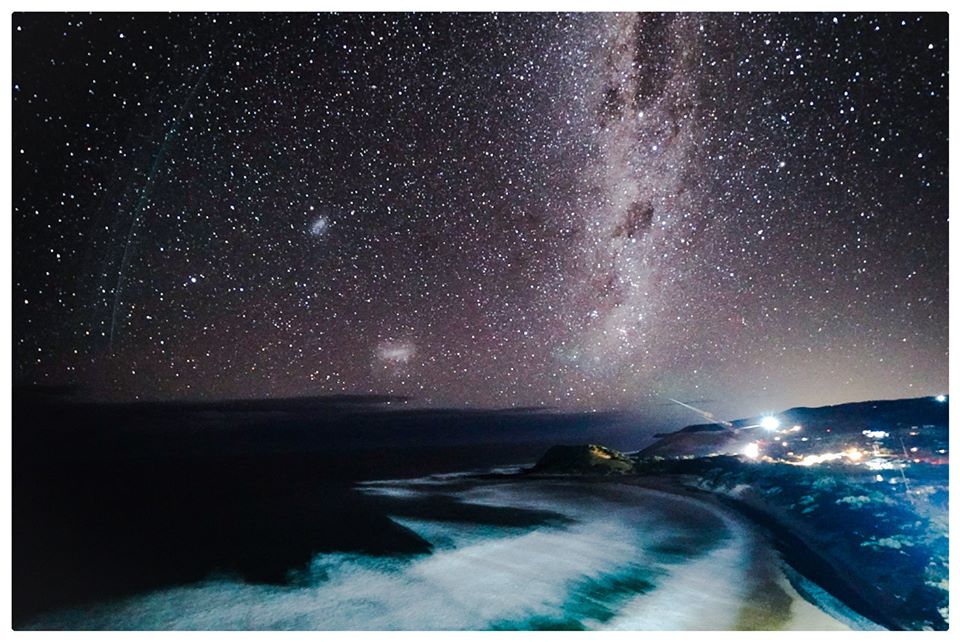 Unpolluted by city lights the night sky over the Wild Coast is spectacular. Photo by Jacques Marais.