During the break from elite cycling races, enforced by the Covid-19 pandemic, the challenge of Everesting became increasingly popular. As lockdowns lifted and cyclists could take to the roads once more the records tumbled. Riding one hill, up and down, until the accumulated meters of elevation gained reached 8 848 metres – or the height of Mount Everest – did not seem so boring; in comparison to long hours indoors, on a turbo trainer, it appears. Inspired by the likes of Katie Hall, Lauren de Crescenzo, Hannah Rhodes and Emma Pooley – all of whom have bettered the Everesting record in the last few months – a group of South African women have decided to take up the challenge, in the Western Cape.

Their attempt is to be known as SHEveresting. Pronounced {Shev}-e-resting it provides “an opportunity for female/non-binary cyclists to push their bodies to the limit by attempting a full or half Everesting,” the project’s media liaison Renata Bossi explained. “Through the attempt we’re aiming to showcase the strength and fortitude of women cyclists, as well as raise funds for a worthy cause supporting women’s cycling. The programme we’re fundraising for is Khaltsha Cycles. We hope to raise enough money to donate 9 bicycles to women in historically disadvantaged communities.” 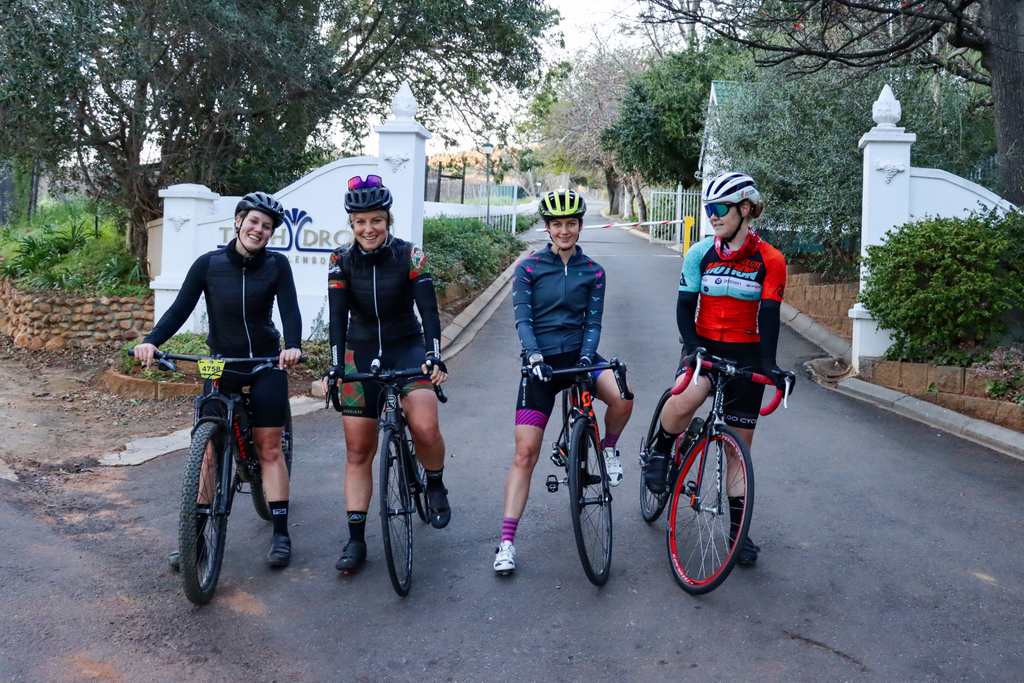 “We’ve been overwhelmed by the enthusiasm SHEveresting has been met with,” Bossi continued. “Thus far we have 10 riders signed up for the full Everesting attempt and 7 have committed to the half Everesting. Donations via, the Back a Buddy page, have been coming in nicely too and a number of organisations have already pledged their support. Notably Dragons Sports, the importers of Giant and Liv Bicycles to South Africa, have already donated two bicycles to Khaltsha Cycles.”

Bossi’s co-founder Tegan Phillips is leading the full Everest attempt, while Bossi will be taking on the half. “I find the beauty of Everesting lies in the fact that it’s simultaneously universal and personal,” Phillips said. “The concept is so simple that it can be explained in a few words and attempted anywhere in the world – but to actually do it, every rider has to dip into their own brand of strength and face their own totally unique challenge. As female riders, we often feel underrepresented or misrepresented by the broader cycling industry, so part of what inspired this challenge was us wanting to actively participate in shaping the culture of the sport.” 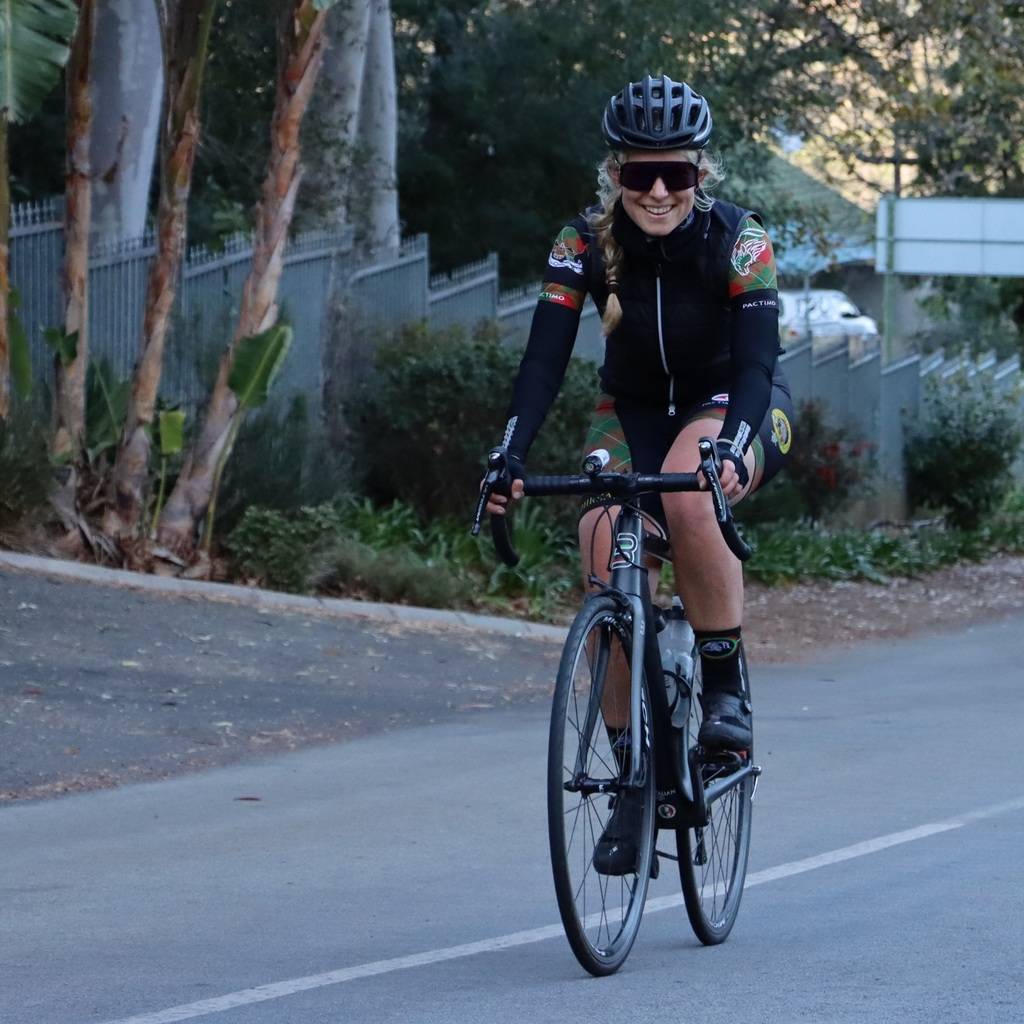 Co-founder, Tegan Philllips is no stranger to ultra-endurance rides and bikepacking adventures. A cartoonist and motivational speaker; she has bikepacked through Southern Africa, Spain and Great Britain in addition to completing the New Zealand Epic, which amounted to 10 IRONMAN distance triathlons in 25 days. Photo by Seamus Allardice.

“We aren’t aiming for records specifically, though the South African women’s Everesting FKT (fasted known time) of 19 hours and 4 minutes is probably achievable by a few of the women in the group,” Phillips reflected. “With riders like Amy [McDougall] and Catherine [Colyn] taking part there’s every chance one of them could set an aspirational benchmark time, for South African women to aim for in the future.”

SHEveresting is set to take place on the 26th of September 2020, weather allowing. The organisers would like to call upon any potential road-side fans to adhere to Covid-19 regulations if they decide to support.  “We’d love and appreciate all the cheers we can get, but supporters also have to exercise caution, maintain a safe social distance from other groups and wear a mask if they come encourage us on the hill,” Bossi confirmed. “It’s not ideal, but we’ve all started to get used to supporting the events we love a little differently recently. SHEveresting fans can show their support online, too, by sending us messages on the day, to our social media handles. Any donations to Khaltsha Cycles are also greatly appreciated. Those can be made via the Back a Buddy link in our social media bios.” 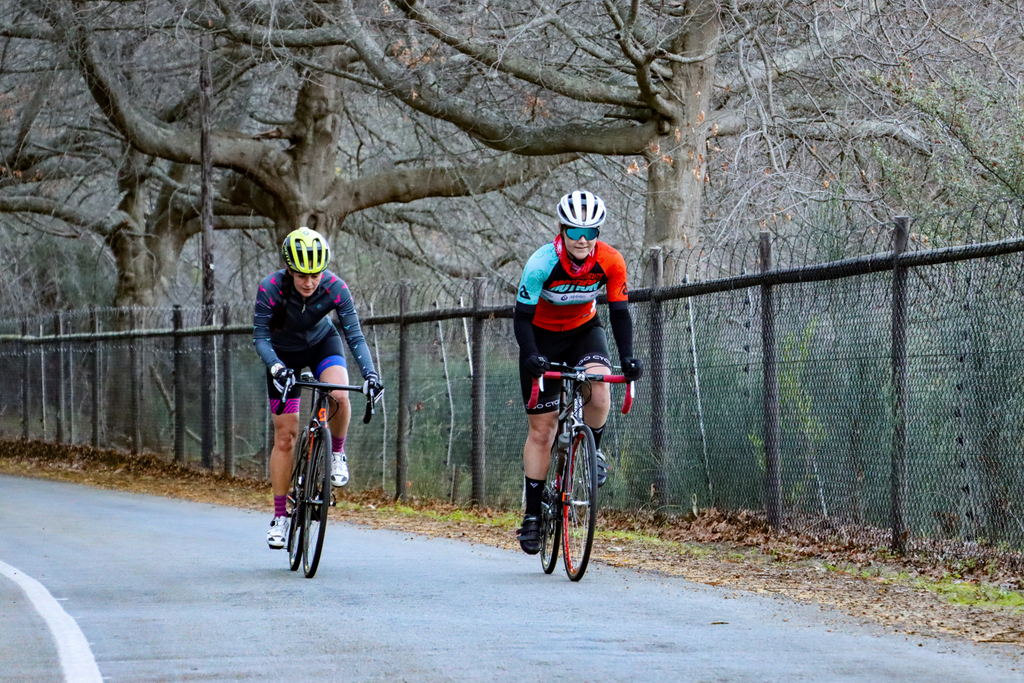 Michelle Heyns (left) will be taking on the half Everesting challenge, while Michaela Lubbe (right) is one of the ten women undertaking to climb the full 8 845m. Photo by Seamus Allardice.

Follow the build-up to SHEveresting on Instagram, @sheveresting, and on Facebook, SHEveresting. Donations to Khaltasha Cycles, and their champaign to get more women in historically disadvantaged areas on bikes, can be made here: www.backabuddy.co.za/sheveresting.