When Grant Lottering rolled out of Nottingham Road on Tuesday evening, at 18:00, his sights were set on maintaining a 20-kilometre per hour average speed for the next 100 hours. Factored into his meticulous preparation were allocated stops to refuel, stretch and sleep. The route was mapped out in detail, too, with text instructions for the support crew to follow. Mother nature and Murphy’s Law scoff at the best laid plans of mice and men however. Within hours the Im’possible Tour was behind schedule.

The initial issue was the dense fog which shrouded the roads of the KwaZulu Natal Midlands. With headlights refracting off the mist it was impossible to descend at speed. Lottering was forced to ride extra-conservatively, but still he managed to average well over the anticipated pace.

As the hours ticked by the moisture laden air socked Lottering to the bone and left him shivering at each refuelling stop. Regardless, he pushed on; knowing that conditions would improve as the sun rose. During the planned ferry, between Cedarville and the foot of the Pitseng Pass, which was made to avoid the asphalt road without a hard-shoulder through Mount Fletcher, the second support vehicle experienced electrical issues. This cost the Im’possible Tour team nearly two hours on the road and ensured the Lottering started Piseng Pass far later than he had anticipated. 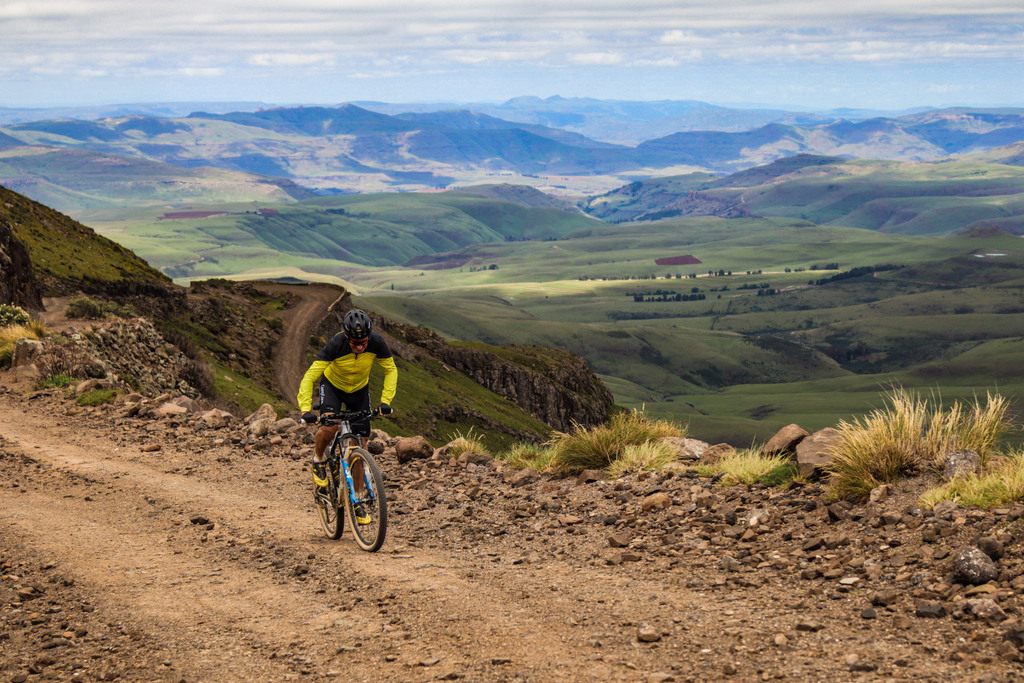 Grant Lottering’s ascent of Naude’s Nek came 300km and 5 400m of climbing into his Im’possible Tour. Photo by Max Sullivan.

A rising headwind, further slowed his efforts ensuring he was nearly three hours behind by the foot of Naude’s Nek. The ascent to 2 596 meters above sea level, at the summit of Naude’s Nek was scheduled to be followed by the even higher altitudes of the Tiffindell Tenahead Traverse. Due to the danger of descending the Volenteershoek Pass in the dark, which would have been the likely outcome of sticking to the intended route Lottering decided to re-route to Barkly East via Rhodes.

This decision added a significant amount of climbing to the route and eventually led to Lottering getting into the Mercedes-Benz X-Class which had been following him all day, to help him catch up on lost time. After a 45-minute nap and a change into fresh Vye cycling kit Lottering hit the road again. This time across the undulating planes of the Great Karoo, heading towards Dordrecht.

Two more trips in the X-Class are scheduled for Wednesday night and the early hours of Thursday morning, to help Lottering avoid busy national roads. He will reach the next long stretch of gravel just after sunrise on Thursday morning, This is also where the media team will re-join him. Follow his Im’possible Tour progress on Facebook, The Im’possible Tour – Grant Lottering, on Instagram, at @glottering, and on Twitter, @MGLottering, to stay updated. Dot watching enthusiasts will be able to track Lottering’s progress across South Africa thanks to the SPOT tracker he will be carrying with him at all times. To do so click here. For more information please visit www.grantlottering.com. 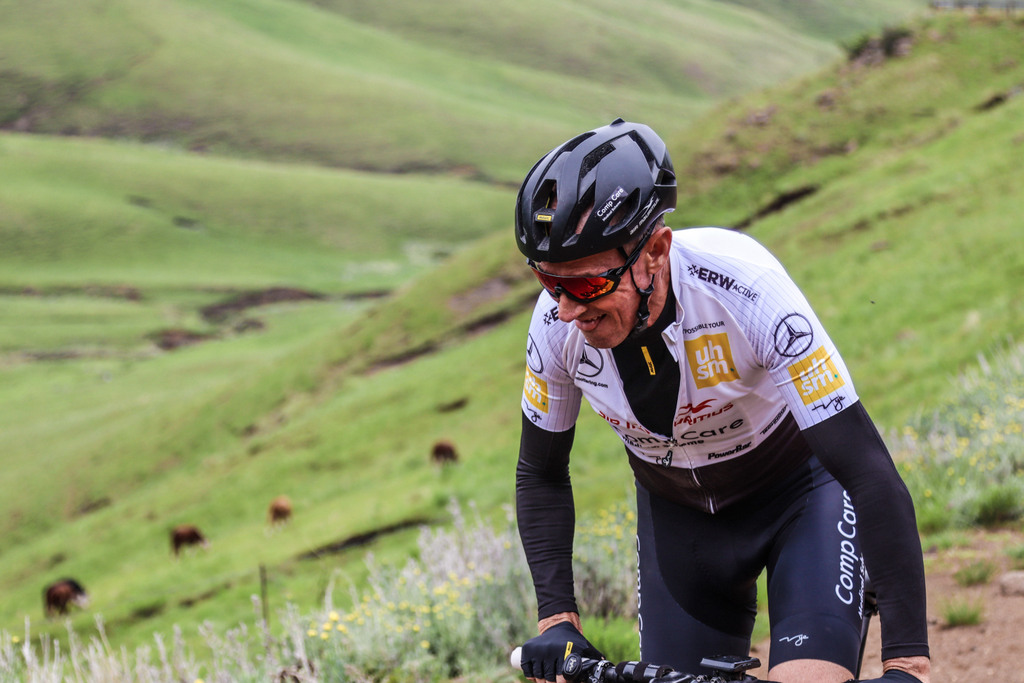 Having been awake since Tuesday morning at 05:00 Grant Lottering was coming up on 38 hours without sleep by the time he decided to take a 45-minute nap. Photo by Max Sullivan.