Pre-dawn showers blew over to provide the Hout Bay Trail Challenge runners with a near perfect day in the mountains which encircle the Cape Town suburb; on Saturday, 4 September. Johardt van Heerden and Kristen Heath proved the fastest solo runners, on the day, as they claimed the 2021 titles ahead of Joshua Chigome and Landie Greyling respectively. The team categories were won by Southern Suburbs Speed, Team Easier Said than Run and the Cederbergies.

Starting before sunrise; the Hout Bay Trail Challenge had to be postponed by 10 minutes, due to the gloom caused by low hanging rain clouds. Once the trail runners set off, from the Hout Bay Yacht Club, they were soon climbing into the clouds. Leg 1 of the route took in the Karbonkelberg, to the north west of Hout Bay. The summit was entirely hidden by low hanging cloud and the fresh breeze made for cold and challenging conditions for the opening kilometres of the 40-kilometre route.

Van Heerden went out relatively fast, matching the pace set by Southern Suburbs Speed and PhytoPro Trail Team’s first relay runners; Jarryd Dunn and Kyle Bucklow. From the 14-kilometre mark, at Check Point 1 on Suikerbossie, the clouds began to clear and conditions improved for running. Across, Leg 2, the Table Mountain segment of the route, Llewellyn Groeneveld pulled away from the solo leader and the PhytoPro Trail Team runner, Matthew Kane. Groeneveld, Dunn and their anchor leg runner, Jonathan Black were chasing the course record.

The solo men’s leader had to be more conservative in his approach. As did Heath who had managed to establish an 8-minute lead over the chasing women’s field, led by Annalise Scholtz. The route featured a sapping 2 500-metres of climbing and could punish anyone who went out too hard. Despite that, by the time the men’s and women’s race front runners had reached Check Point 2, at Constantia Nek, after 28.5-kilometres their victories were nearly secured. 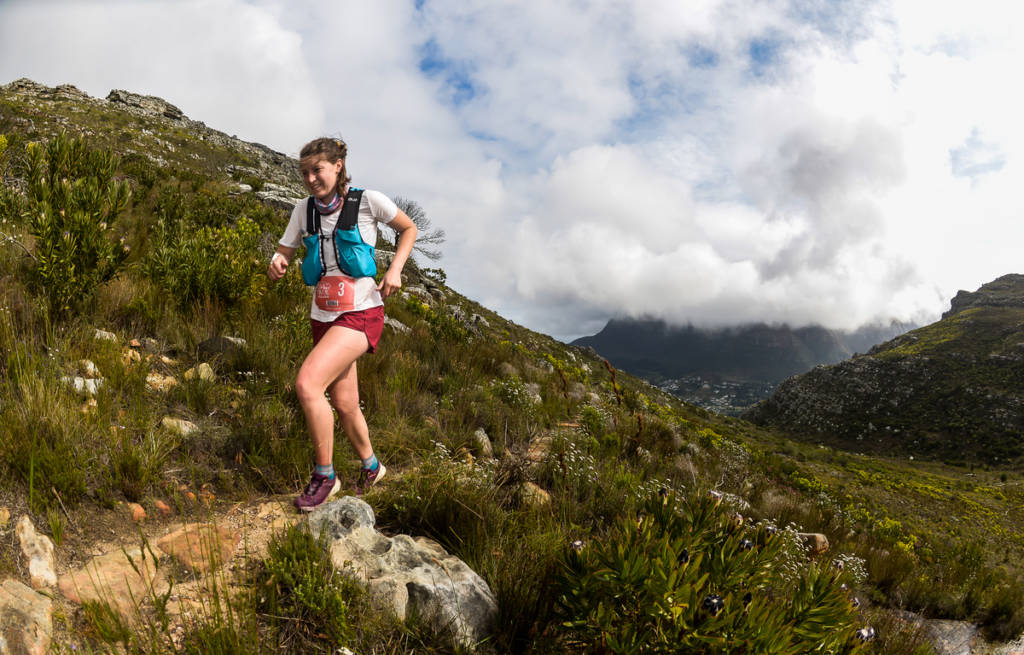 In the team’s race Jonathan Black started the final leg, for Southern Suburbs Speed, knowing he had it all to do if they were to break the course record. Black emptied the tank and finished well ahead of the rest of the field, but it was not enough to break Velocity Sport’s Lab Salomon’s record from 2010. The historic course record remains then; at 3 hours, 39 minutes and 19 seconds. Though Southern Suburb Speed got close, posting a time of 3 hours, 43 minutes and 24; just 5 minutes and 5 seconds off the time set by Ryan Sands and Co.

The mixed team category was won by the Cederbergies. Simon Pocock, Marc Osstyn and Pip Dickson combined to great effect. They crossed the line sixth overall, in a time of 4 hours, 35 minutes and 47 seconds. Team Easier Said than Run were the only women’s team in the race. Leanne Mitchell, Lisa Pennell and Michelle Von Heynitz completed the course in 6 hours, 54 minutes and 43 seconds. 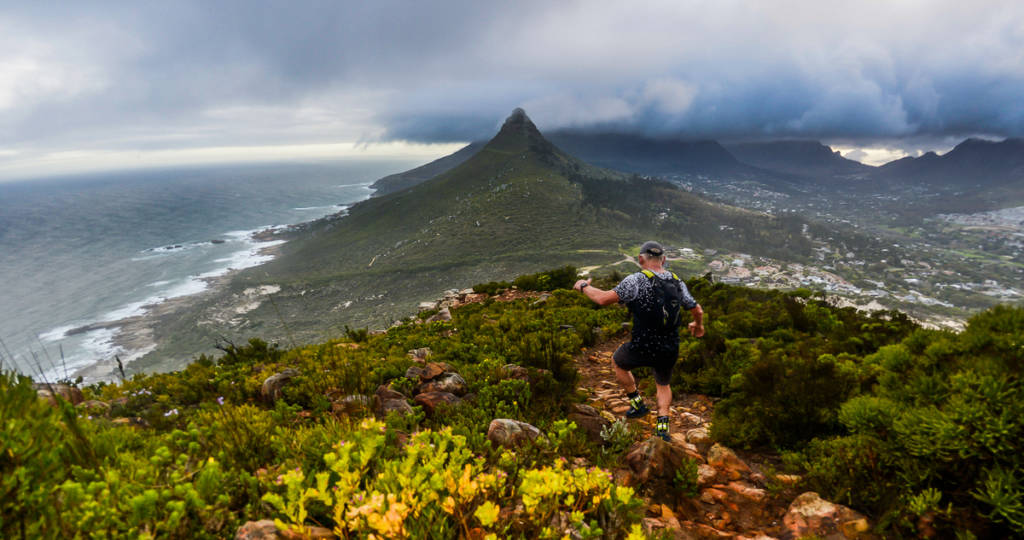 “What a great event the Hout Bay Trail Challenge was this year” the men’s champion, Van Heerden, praised after the race. “I’d like to say congratulations to the organisers for making it happen. We all know events aren’t exactly happening as they usually would in these times. And today was a really great day!”

“The pace was really fast on Karbonkelberg this morning” Van Heerden continued. “Going up Llandudno Ravine and on the Table Mountain segment the trails were so wet! There were streams coming down the mountain and it was pretty cold in the wind. Then, from Constantia Nek, the climb up Vlakkenberg is always an interesting one. I last ran the Hout Bay Trail Challenge two years ago and today definitely went better than that day back in 2019. So, I’m really happy with both the result and my performance.”

While Van Heerden, Heath and the leading teams had completed the 40-kilometre route by mid-morning the majority of the field spent far more time on the trails. For them the gradually rising temperatures provided a near perfect day in the mountains. Never getting hot, but warming from the chilly morning to a comfortable temperature for 8 to 10 hours of trail running. 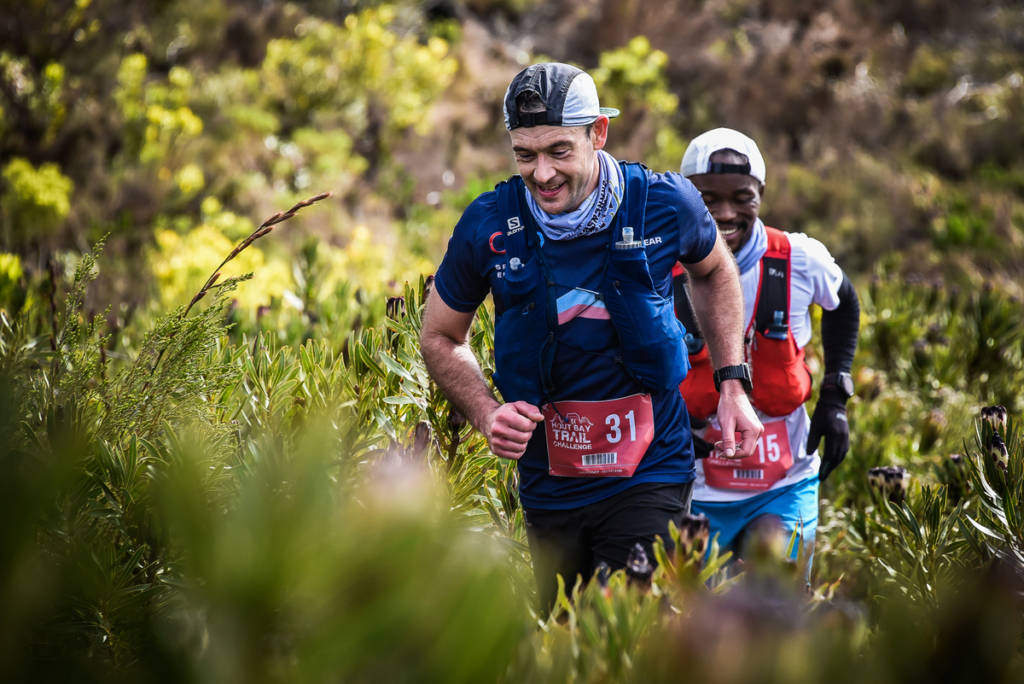 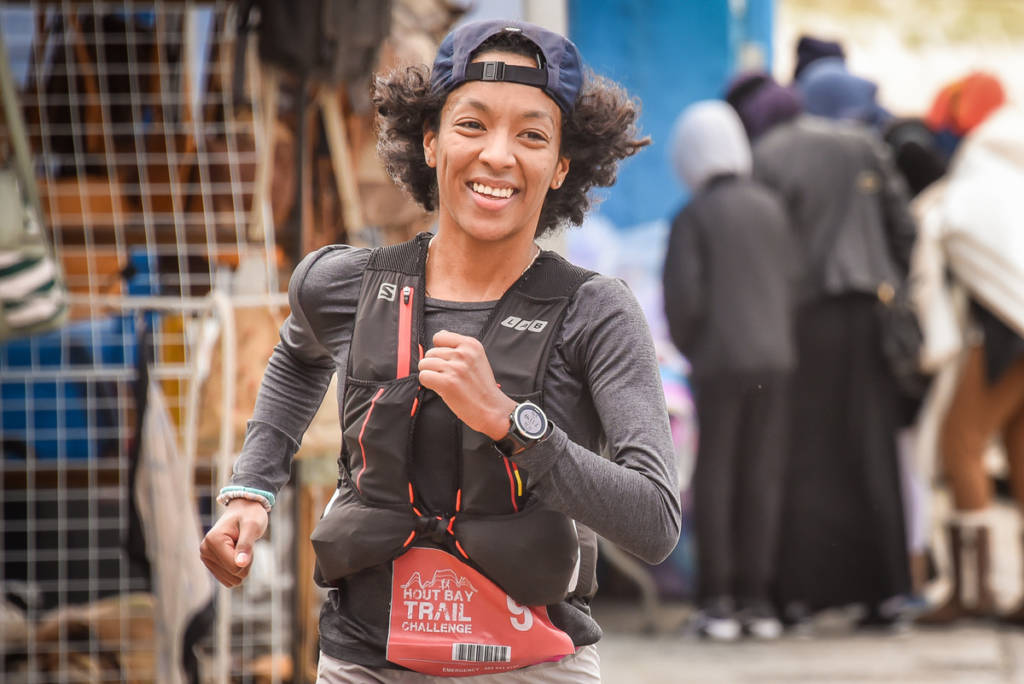