Imagine for a moment that every town in South Africa was connected through a network of singletrack commuting links? If TRAILS SA has their way, this trail dream could become a reality for many a South African town in the next decade.

Just think how cool this would be; you’ve bombed the Banhoek Conservancy Trails, outside Stellenbosch at dawn, but there’s loads of life left in your legs. Here’s the good news: thanks to the inaugural network of Trails SA singletracks, you can now crank all the way to Paarl, with your tyres hardly touching tarmac.

That’s correct, the initial sections of what is set to become an extensive web of trails throughout SA has already been initiated in the Western Cape, linking the towns of Franschhoek, Stellenbosch and Paarl. The project is now culminating in the completion of the flagship TRAILS SA route on Helshoogte Pass, with stunning roadside singletrack set to be completed by end December 2021.

The original idea of linking the TRAILS SA networks dates back to 2015, when Natie Ferreira and Kim Lord (both trail builders and advocates) met with Alan Winde at Elsenburg. A concept was presented to a range of community forums, with a number of role players – including Johan Kriegler, Quintin Smith, Hendrico Burger and eventually Reghard Goussard – joining forces. 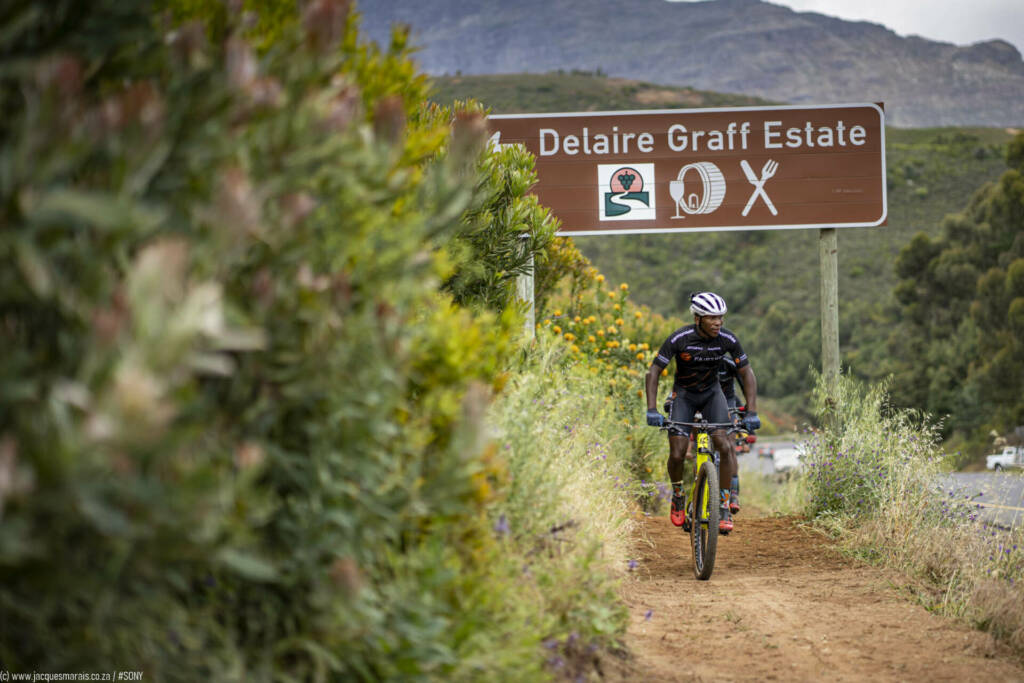 Not only do the trails provide safe off-road links between trail networks but they can also be used by tourism operators offering guided wine tasting tours. Photo by Jacques Marais.

The original Banhoek Trail Network was integral to kickstarting the project. The idea was to create an ‘island of excellence’, where trail runners, mountain bikers and hikers gained access to a network of quality, permit-controlled routes, and over the ensuing years, key role players managed to build and maintain more than 150km of trails in this conservancy.

It soon became clear there was a need to move from ‘islands of excellence’ to ‘regions of excellence’, and this forced the TRAILS SA project to evolve further.  “In order for these trail networks – many built on private land – to remain relevant and viable, we had to find ways of connecting them, and the logical way would be through linking them via the existing ‘public land reserves’ adjacent to national roads”.

In order to take TRAILS SA to the next level, the organisation studied comparable models internationally. They knew that similar projects had kickstarted outdoor tourism in Europe, the USA and countless other countries around the globe, and therefore decided to base their TRAILS SA concept on the tried-and-tested EUROVELO model in use in central Europe.

This network of commuting links and road-side trails generate in excess of €43 million per annum as part of a linked ‘trail economy’ for the regions involved. The plan was to implement a similar model in South Africa, thus helping to change the face of local tourism in South Africa.

It is not just mountain bikers, trail runners, hikers and cycling tourists that will benefit from these linking trails. South Africa has a large number of commuters who ride from townships and outlying suburbs into urban areas every day, and the TRAILS SA singletracks will provide a safer, yet cost-effective, commuting alternative to cycling on the hard shoulder of a national road or using public transport. In order to make this work, TRAILS SA had to first convince a sponsor to come on board and fund this first critical phase. Fortunately, the corporate team at IMPERIAL LOGISTICS immediately saw the massive potential benefits. “”It is not only driving community development as intended, but it is also providing local communities with a sense of pride and ownership of the trails network”, explained Mohammed Akoojee, Group CEO of this JSE-listed company.

“When we set out on our partnership with Trails SA to support the development of these trails, connect communities safely and give local residents employment opportunities, we envisioned a network of trails that is underpinned by empowerment and community development,” explains Akoojee. “As a purpose-driven organisation, we are committed to creating and sustaining value in our countries of operation, including developing those communities in which we operate. We are delighted to see that this initiative is already delivering on our vision so soon after inception.”

This will impact SA on so many levels, from the health benefits of walking or riding to and from home or work, to a decrease in both pedestrian road fatalities and crime along these roads, as well as community development and employment creation through skills transfers. 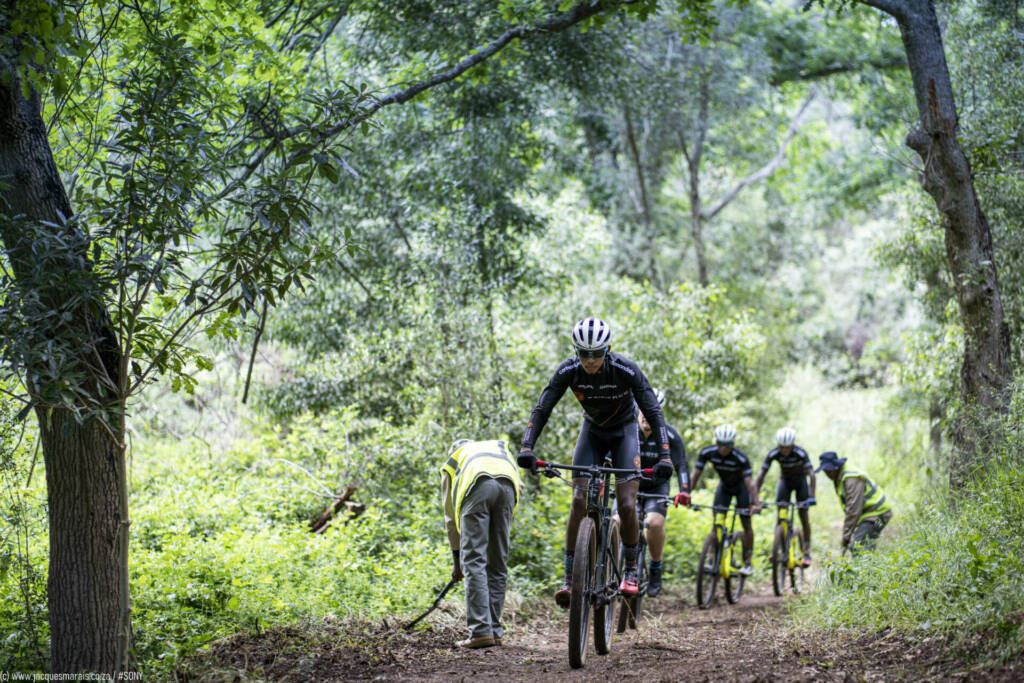 The Fairtree Imperial Cannondale development team are among the Trails SA ambassadors. Photo by Jacques Marais.

The Winelands Region is perfectly positioned to serve as a test case for the first phase of the TRAILS SA project. In order to maintain the trails and ensure safety for leisure users and commuters alike, the network will be staffed by Trail Rangers. These young men and women – from communities the trails pass through, including Pniel, Idas Valley and Kylemore – are forming micro-enterprises through which they will help create scenic routes through the resplendent Western Cape landscape.

“This is a dream come true for me” enthuses Eon Hendriks, a TRAILS SA Community Coordinator from Idas Valley. “I grew up here and had a rough youth, which eventually got me involved in gangsterism and crime. In 2019, I nearly lost my life when I was stabbed and that – plus losing close friends to violence – served as a massive wake-up call to change how I lived my life.”

Hendriks shifted his focus from gangs to his community, and this culminated in him establishing two non-profit organisations. ‘Idas Valley Community Trails’ is one of these NPOs, and on weekends they take tourists on wine-tasting and nature hikes along the routes created by TRAILS SA. “I was fortunate to gain the support of Professor Thuli Madonsela, and I raised enough funds to return to university and will eventually complete my degree in 2023 at US” Hendriks explains. 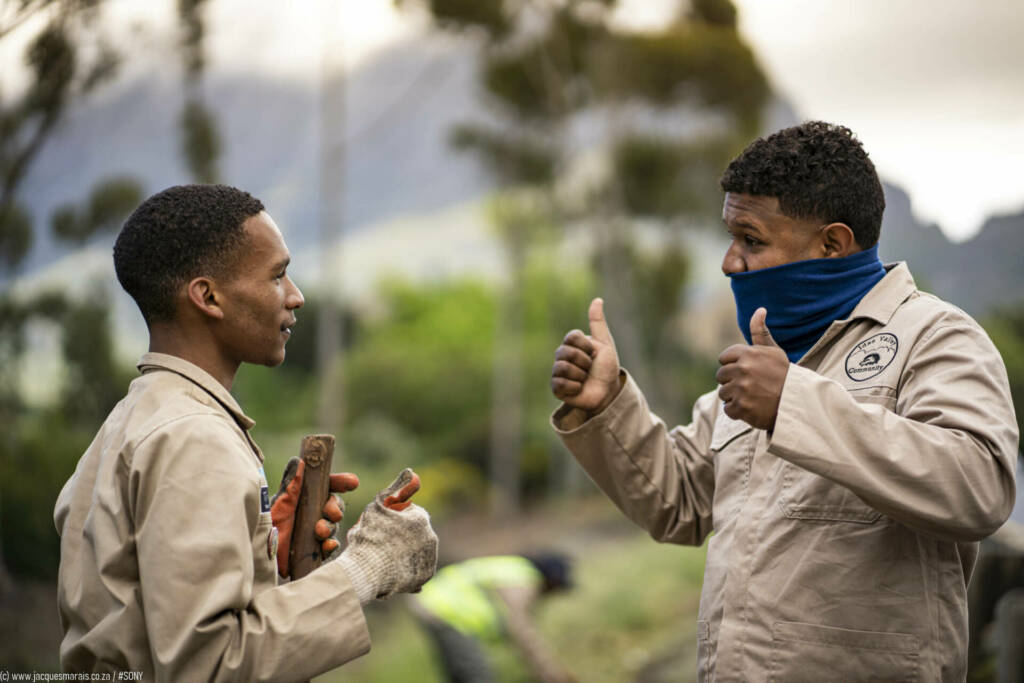 Trail Rangers will monitor the trails, ensuring they are well-maintained and safe. Photo by Jacques Marais.

His NPOs currently employ seven people though ‘Idas Valley Community Trails’ and his consistent drive has seen him named as the 2021 ‘Social Justice Champion’ by Stellenbosch University’s Faculty of Law Trust Chair in Social Justice, chaired by Madonsela.

South Africa is an undeniably beautiful country, and tourism is a non-exploitative industry where we can continuously sell a sustainable product package benefitting both locals and tourists. On-going synergy between Local and National Government and TRAILS SA will be further developed and coordinated with a view to expand the trail network across the whole of South Africa.

The current expansion plan is poised to connect the following areas in the Western Cape before then expanding nationally: 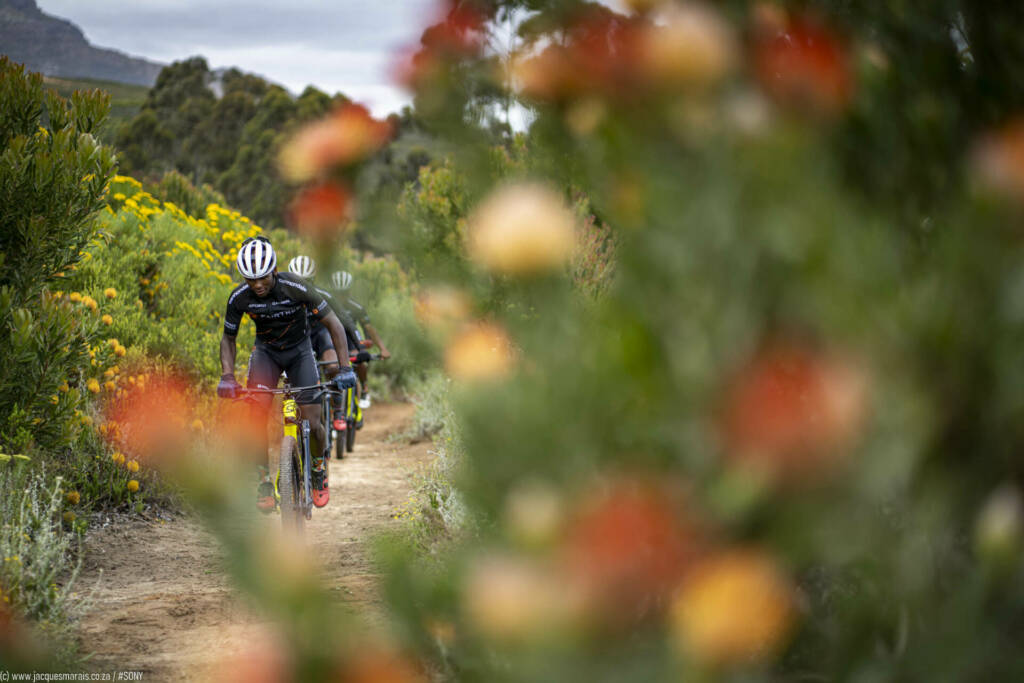 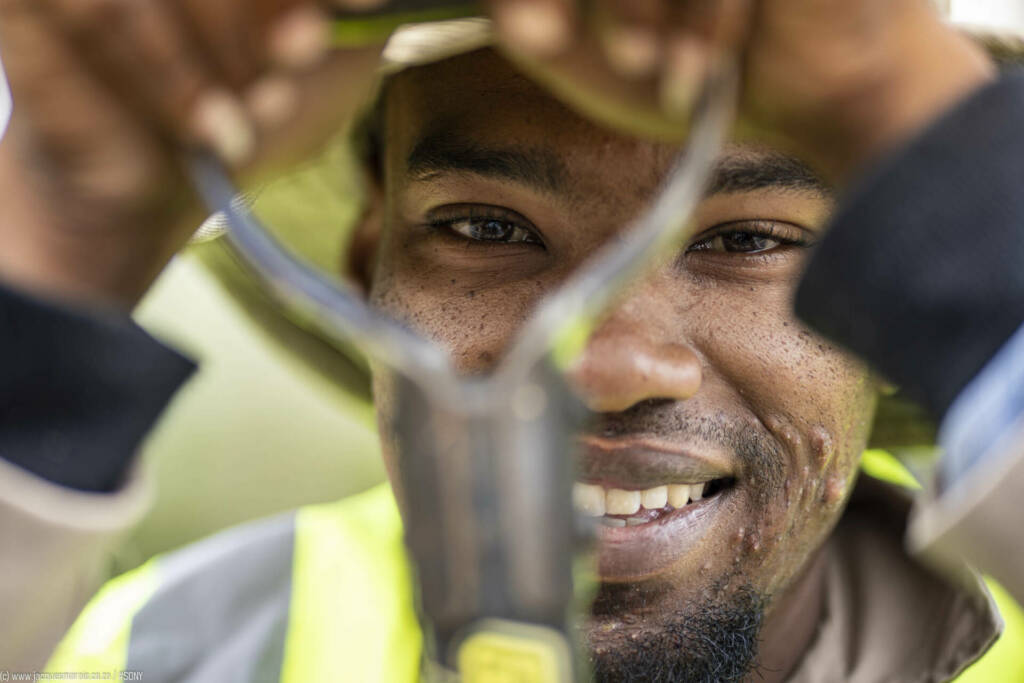 Next up will be Trails South Africa, where TRAILS SA could potentially comprise a total linked network of more than 20 000km of trails in length: