The Momentum Medical Scheme Tankwa Trek, presented by Biogen, is undoubtedly among the world’s premier stage races. Boasting four challenging days of racing, through the Koue Bokkeveld region of the Western Cape, it features a late afternoon Prologue and three marathon stages. For 2022 the route has been dramatically refreshed. It is fitting then that the race will be contested by a stellar field of mountain biking all-stars.

The most eye-catching names in the 2022 line-up are, nine-time XCO World Champion, Nino Schurter and the multi-talented, six-time elite World Champion, Pauline Ferrand-Prévot. While Schurter will be teaming up with fellow Swiss Olympian Filippo Colombo, to race for the elite men’s title, Ferrand-Prévot will be taking part in the mixed category, as she builds towards the UCI MTB World Cup season; which kicks off in Brazil on the 8th of April. Both will face stern competition in the heat of the Bokkeveld however.

“In the past, I’ve always seen the other teams racing the Momentum Medical Scheme Tankwa Trek, presented by Biogen,” Schurter pointed out. “I’ve seen lots of great photos and I watched as the Cannondale guys raced it. My South African friends have also told me a lot about the race; so, while it’s my first time taking part, I know a bit about it and am really looking forward to it.” 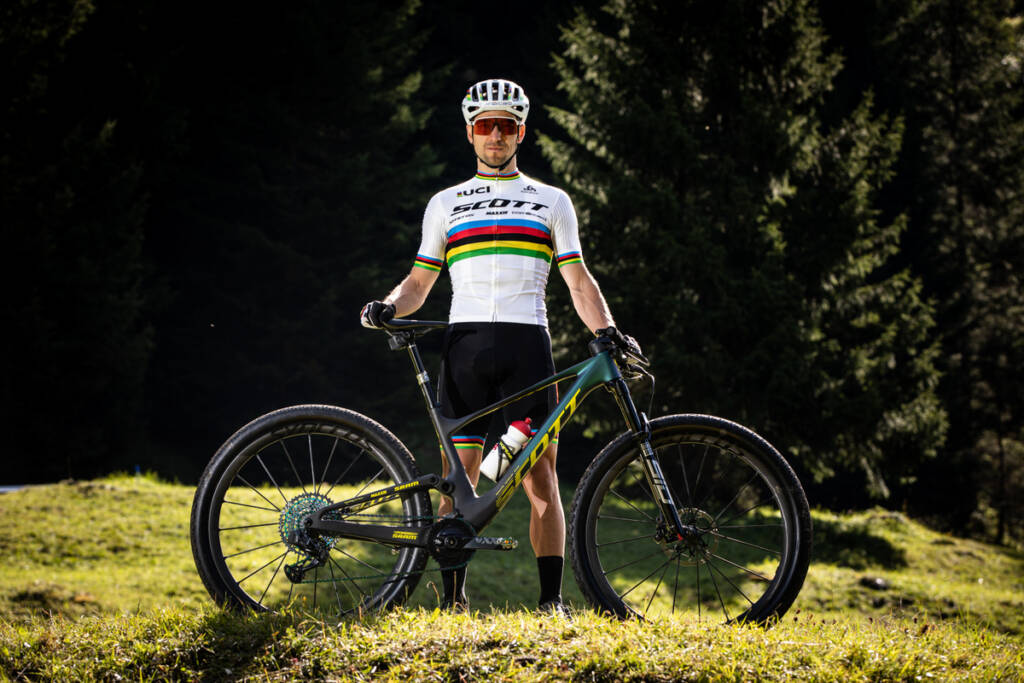 “By the time the race gets underway I’ll have been in South Africa for a month already,” the World Champion said about his heat adaptation. “I’ve been training in the heat and I’m already quite used to the soaring temperatures, which certainly helps. But I’m still hoping that it won’t be too hot during the race.”

Explaining how his participation came about Schurter stated: “Filippo Colombo actually asked me if I’d like to race with him. I realised then that it fits quite well into my training programme and that it’s perfectly positioned a few weeks out from the Cape Epic. I’m also looking forward to racing with Filippo. He’s a cool guy and we had a lot of fun together in Tokyo. Racing together is going to be a lot of fun and will help in the build-up to the Cape Epic.”

Schurter and Colombo’s main rivals are likely to be the Cannondale Factory Racing team of Simon Andreassen and Alan Hatherly, as well as the Specialized team of Matt Beers and Tristan Nortje. All four riders contested the Momentum Medical Scheme Attakwas Extreme, presented by Biogen, on the 15th of January. There Andreassen rode to a commanding victory in sweltering conditions, so the Dane is also likely to thrive in the Bokkeveld. 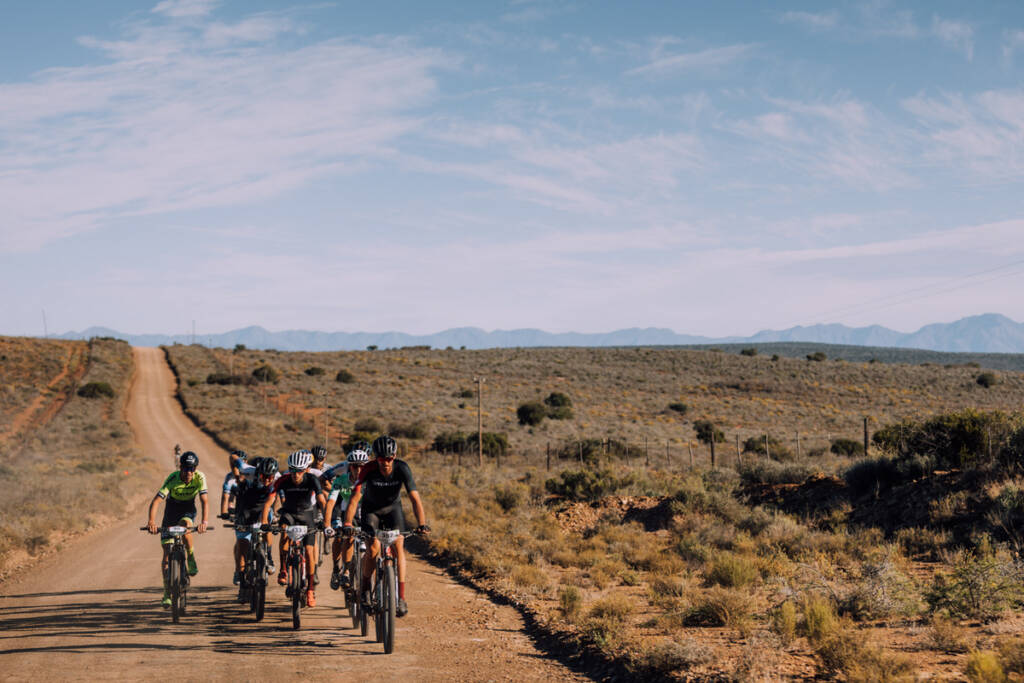 Matt Beers and Tristan Nortje will race for the first time as a team at the four-day stage race, after both having contested the Hell of the South in January. Photo by Ewald Sadie/Shift Media Co.

The race will be Beers and Nortje’s first outing as a team. The South African Marathon Champion is looking forward to getting the team’s stage racing campaign underway. “Tristan is a massive talent and I’m excited to race alongside him” Beers enthused. “He’s an exceptional climber and he’s really dedicated. So, I’ll be imparting what knowledge I have on him, but he’s a fast learner so I’m sure he’ll be putting me on the ropes pretty quickly.”

“We are focused on winning and are both hungry for success in 2022” Beers added. “So, I think we are going to make a great combination at the Momentum Medical Scheme Tankwa Trek, presented by Biogen, and beyond. I’m expecting a really tough race though. The standard of competition is really high and the 30 kay Prologue is going to really suit the Cannondale boys, Nino and Filippo. They’ll try to make it really hard on the marathon teams and I think, given the nasty summer we’re having, that the heat is going to be a factor too. We’ll have to be on top of nutrition and hydration! But also take care of our equipment, it’s very rocky out there and the bikes take a beating when it gets extremely hot and dusty.”

In addition to the Swiss, Cannondale Factory Racing and Specialized teams the men’s race will be contested by two Imbuko {type}DEV equipped by Giant teams, three Insect Science squads, Team Trek Vaude, Valley Electrical Titan Racing and the MES Electrical Supplies team of Konny Looser and Alexander Miller. The mixed category will see Ferrand-Prévot partnered by Kilian Bron in a race against Ben Melt and Yolandi Swanepoel, as well as Yolande de Villiers and Charles McFall. 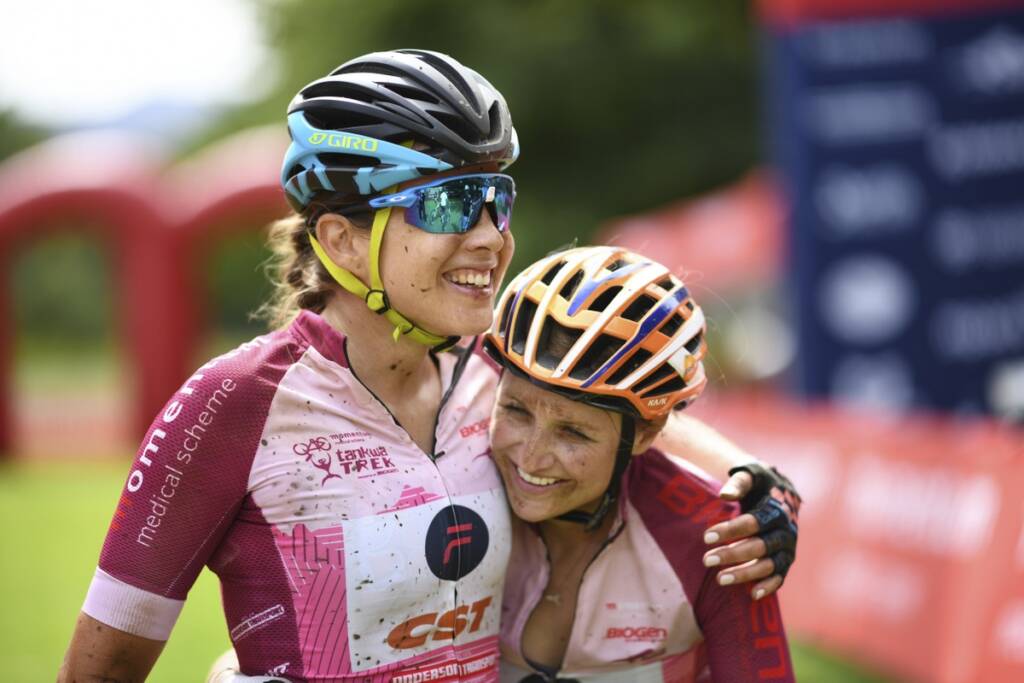 2020 champions, Candice Lill and Mariske Strauss, return to the Koue Bokkeveld to defend their title in February 2022. Photo by www.zcmc.co.za.

The elite women’s race sees 2020 champions Candice Lill and Mariske Strauss return to defend their title after the 2021 Covid enforced cancellation. “I love coming back to the Momentum Medical Scheme Tankwa Trek, presented by Biogen,” Lill smiled. “It’s a proper mountain biker’s mountain bike race! The terrain is very rocky and challenging. You have to be tough to win the race or even complete it. I love how difficult the terrain is, but also how balanced the stages are; which each presents a different challenge.”

“I’m racing with Mariske [Strauss] again and I guess we’re the defending champion” she elaborated. “We’ll be staying in the race village this year and I’m looking forward to the race’s hospitality. I love staying at Kaleo and the food is always amazing. Being able to socialise a bit with the rest of the mountain biking community is another bonus of staying on site and I’m looking forward to that too.”

Lill and Strauss will be up against Efficient Insure Infiniti Racing’s Samantha Sanders and Kimberley le Court, as well as Sarah Hill and Theresa Ralph, racing as Liv Cycling South Africa. There will be live tracking, for all elite riders, allowing mountain biking fans to dot watch as the racing unfolds. More details and the racing action will be captured on the event’s social media handles.

Regular updates will be posted to Twitter, @tankwatrek, with photo galleries and videos being posted to the Tankwa Trek Facebook page and on Instagram, @tankwatrek. The action gets underway at 15:00 on Thursday, 3 February, and wraps up on Sunday, 6 February. For more information, please visit www.tankwatrek.co.za. The 2022 Event Guide can be read online here.