In recent years the Stanford region has gone from a gravel grinder’s delight to that and a mountain biker’s playground thanks to the plethora of singletrack being built by the local landowners. The 2022 Stanford MTB Classic – which took place on Saturday, 26 February – utilised those trails to stage a challenging, 85 kilometre, race. Additionally, it also hosted, more family friendly, 60 and 25 kilometre distances. For the riders who conquered the marathon distance the experience will serve them well for March’s big stage race.

“The communities and landowners around Stanford have enthusiastically embraced mountain biking in the last few years,” Event Director Anneke Jacobs praised. “The climbs may not be massive in the Akkedisberg mountains but the nature of the terrain leads to technical and challenging riding. On many of the singletracks around here there are no free miles.”

“Our idea when creating the 85 kilometre marathon race was to present a challenging one day race which would provide perfect training for the Absa Cape Epic,” she continued. “Given the rider feedback after the inaugural event I think we achieved exactly that and we’re excited to grow the Stanford MTB Classic back into a two-day stage race next year.” 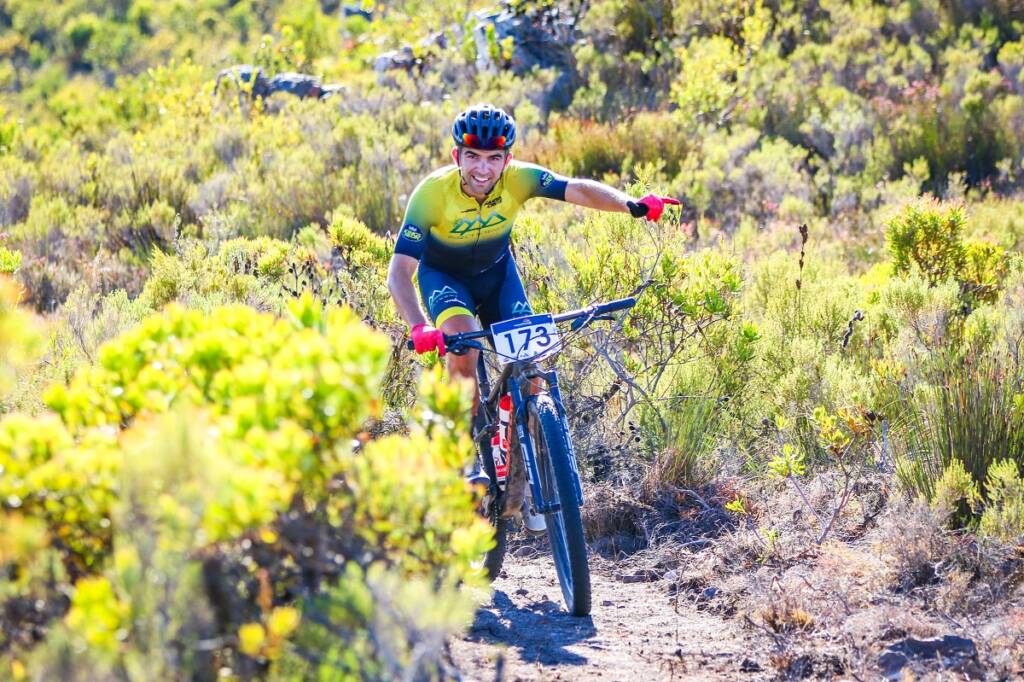 Insect Science Pro’s CP van Wyk set the early tempo before a mechanical put him out of the running for victory. Photos by Oakpics.com.

“This year we were thrilled to have such a deep field taking part, with riders of the calibre of David George and Mari Rabie securing victory,” Jacobs added. “The shorter routes, which included the predominantly jeep track, 25 kilometre and the challenging but not extreme 60 kilometre were very well attended. It was great to see so many people back at bike races and willing to make the trip out to the Overberg to come explore the spectacular riding on offer here.”

The 85 kilometre race also boasted prize money, thanks to the support of Insect Science. With his sponsors backing the event CP van Wyk, of Insect Science Pro, was the rider to beat on the start line. Sadly, for the man from Levubu, in Limpopo, a mechanical forced him out of contention after 31 kilometres of racing. This allowed David George to solo though the remaining 54 kilometres and claim the race victory.

In the women’s race Mari Rabie continued her fine mountain biking form and rode to a commanding victory. Meanwhile in the shorter distances, which also featured e-Bike categories, Ignatius du Preez and Michelle George won the 60 kilometre race. Matthew Venn and Jana Terblanche were the first riders across the line in the 25 kilometre fun ride. 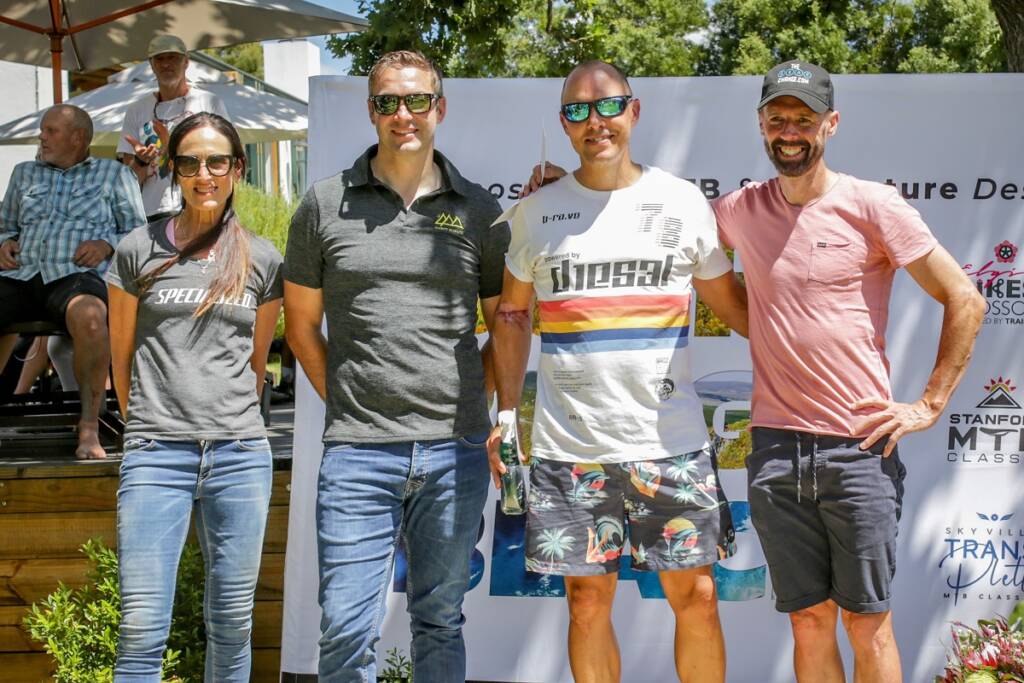 David George (far right) stood atop the men’s podium, for the 85 kilometre distance, and claimed the prize money sponsored by Insect Science. Photos by Oakpics.com.

“I’d like to reiterate my gratitude to Coia de Villiers, Kevin and Nathalie Husk, Lochner and Ida Bester, and Elsabe de Villiers for their fantastic water points.  As well as to Stanford Valley Guest Farm for hosting the start/finish of the Stanford MTB Classic once again,” Jacobs thanked. “Insect Science, supporting the event with prize money, along with Squirt Cycling Products, Enduren Nutrition and Fair Cape Diaries, also played a massive role in the success of the event. Next up on the Overberg MTB Events’ calendar is the first edition of the Sky Villa Trans Plett, which takes place on the 12th and 13th of March. Followed by the De Hoop Vlei MTB Experience, from the 20th to the 22nd of May.”

“From a Stanford point of view though I’d like to encourage mountain bikers to come explore the region outside of our events,” Jacobs said, before hinting. “The area has big plans in store for 2023 and the singletrack network just keeps growing. It’s just 2 hours from Cape Town and 90 minutes from Somerset West. And it really is a true mountain bikers’ playground, with so much more to do off the bike too.”

For more information on the Stanford MTB Classic, as well as Overberg MTB Events’ other races, including the Sky Villa Trans Plett and the De Hoop Vlei MTB Experience please visit www.overbergmtbevents.co.za. 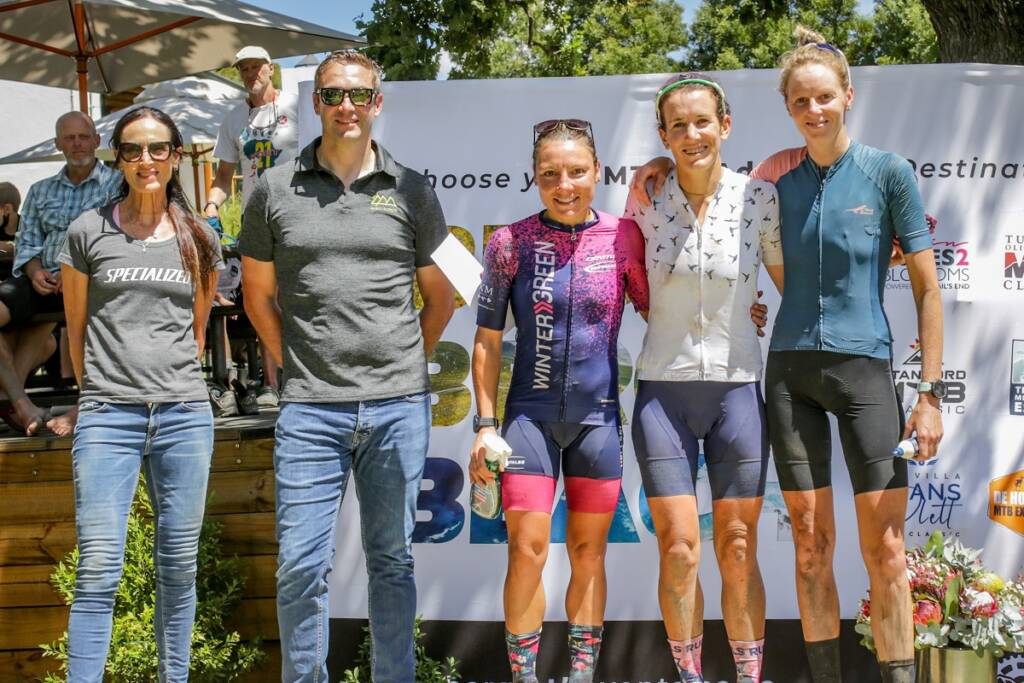 The women’s podium, in the 85 kilometre distance was made up by Mari Rabie (second from right), with Leone Verster (third from right) and Sarita Louw (right) also securing their share of the Insect Science prize purse. Photos by Oakpics.com. 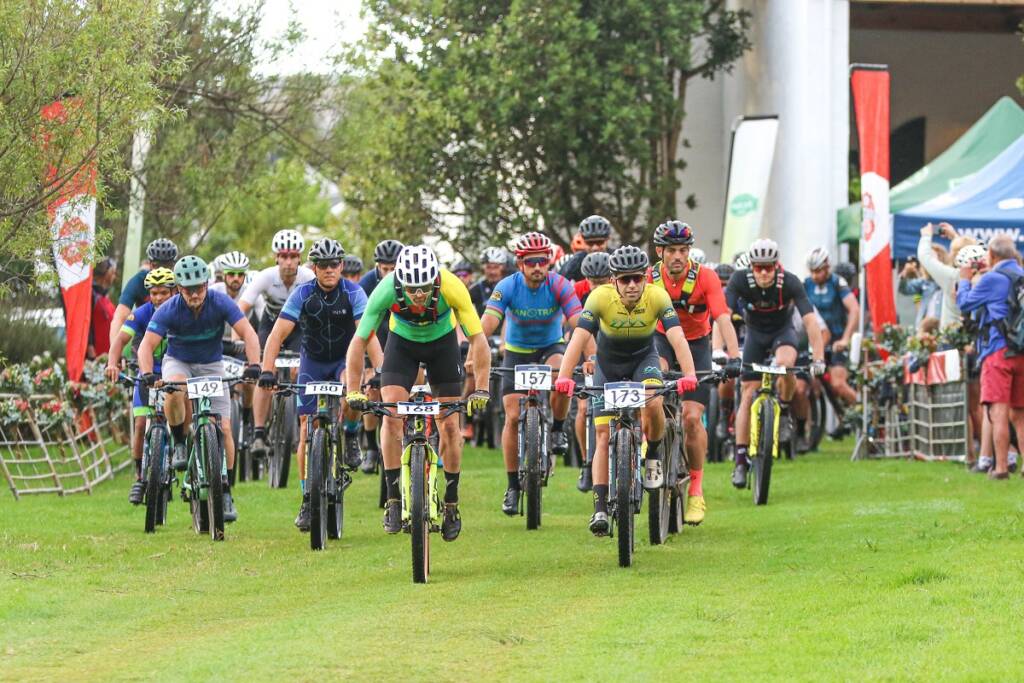 Hosted by Stanford Valley Guest Farm the event showcases the best of the region’s growing network of mountain biking trails. Photos by Oakpics.com.

To view the complete results from the 2022 Stanford Classic, click here.