Behemoths of the automotive and cycling industries, Toyota and Specialized Bicycles, have teamed up to support two of South Africa’s most talented mountain bikers in 2022 and beyond.  Racing as Toyota Specialized, with the support of Ninety One Asset Management and in benefit of songo.info, the team will target marathon, stage races, gravel bike events and selected cross country races in 2022. The new team will consist of South Africans Matt Beers and Tristan Nortje, with America’s Christopher Blevins and Britain’s Cameron Mason racing alongside them at the Absa Cape Epic.

Beers is South Africa’s premier marathon racer. The 28-year-old is the reigning South African Marathon and Absa Cape Epic champion. In 2022 he will once again be focusing his formidable powers on the longer distance off-road events, as he seeks to defend his Untamed African MTB Race title with Blevins before shifting his focus to the North American gravel season and the UCI Marathon World Championships in Denmark. 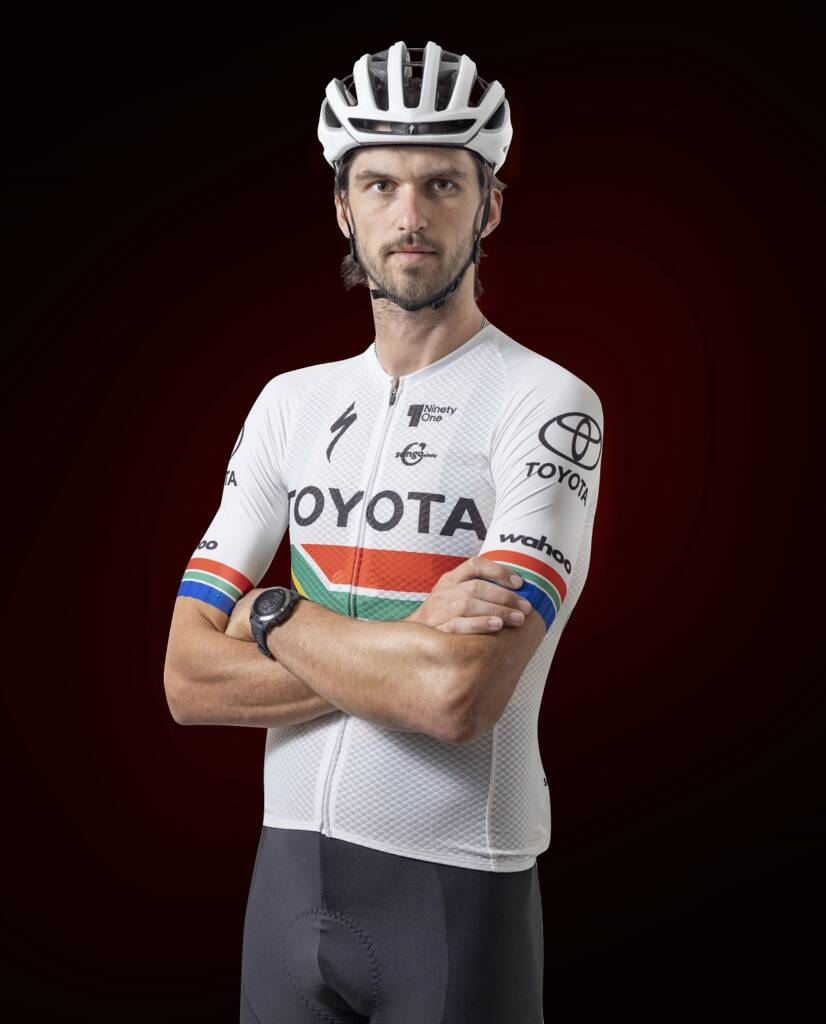 Nortje is indisputably South Africa’s most gifted young rider. Still just 20 years old he has the talent to partner Beers in local stage races, while learning from the team’s senior rider. Along with the early season goal of a stellar Absa Cape Epic performance alongside Mason, of Trinity Racing, Nortje will target select cross-country events; including a number of UCI World Cup races.

The pair have already raced together this season, stepping out at the Momentum Medical Scheme Tankwa Trek, presented by Biogen, four-day stage race. In the Koue Bokkeveld the Toyota Specialized team won the Queen Stage on their way to second overall, behind Nino Schurter and Filippo Colombo. On the slopes of the Merino Monster Nortje proved to be the strongest climber in the race, while Beers was at his locomotive best on the undulating terrain. 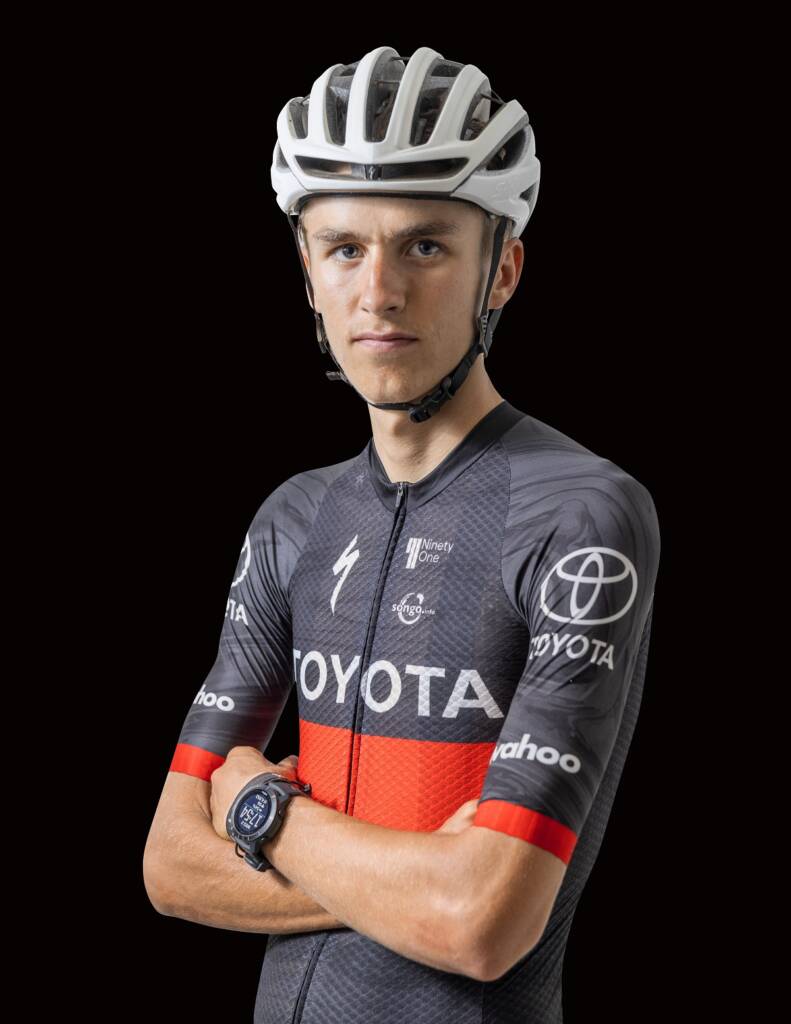 Tristan Nortje is undoubtedly one of the most talented young mountain bikers in the country and is sure to grow as a rider with Beers’ mentoring. Photo by Ray Cox/Specialized.

“We are really excited to have Matt and Tristan racing in the Toyota Specialized colours in 2022,” Bobby Behan, Director of Specialized Bicycles Africa, said. “They’re both exceptionally talented riders and while Matt has already proven himself to be among the world’s best, Tristan has an exciting future filled with personal and professional growth ahead of him. I think their mix of youth and experience will combine well when they race together. But the relationship with Specialized Factory Racing also allows us to tap into the global teams.”

“For the Absa Cape Epic this means that Matt will start his title defence alongside Chris Blevins,” Behan explained. “Tristan will race with Trinity Racing’s – next cyclocross, road and mountain bike superstar in the making – Cameron Mason. As a global brand with a large South African footprint the Absa Cape Epic is vitally important to Specialized Bicycles. A big part of putting this team together was the dream of creating a team which in a few years could challenge together for the title and hopefully become the first all-South African men’s team to win the race.” 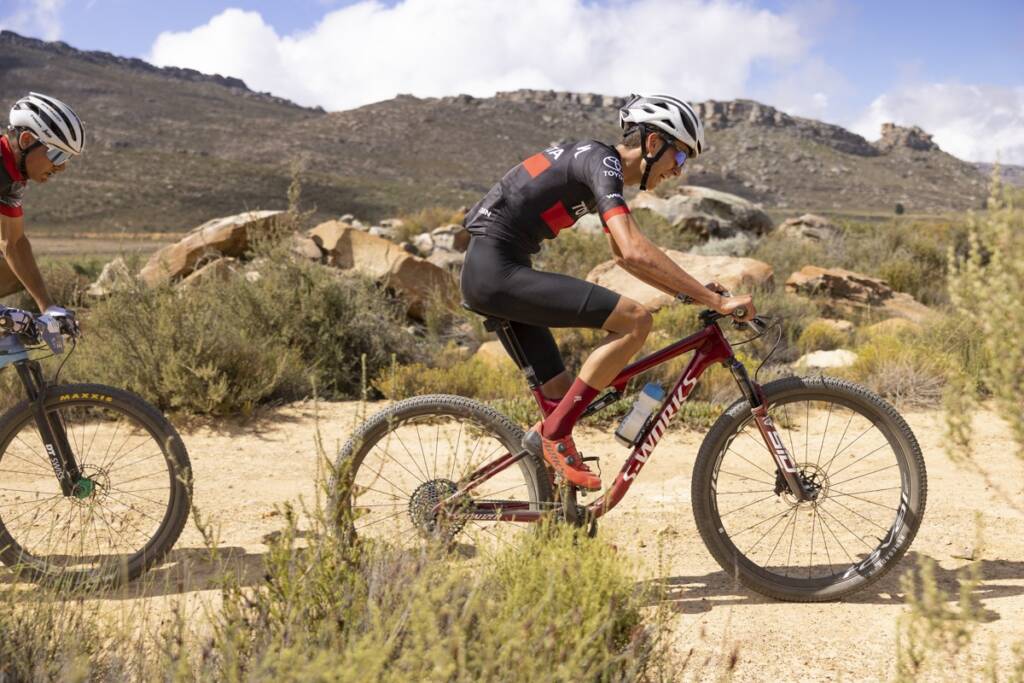 Tristan Nortje proved himself the strongest climber in the 2022 Momentum Medial Scheme Tankwa Trek, presented by Biogen, when he distanced his rivals on the Merion Monster ascent. Photo by Ray Cox/Specialized.

“We’re proud that we’ve adopted a holistic approach when it comes to cycling and this shows in the number of properties that we support locally and internationally, including individual cyclists, cycling teams, esports, Corporate Social Responsibility (Pedal Power Association) as well as in-store branding (Cycle Lab). Toyota Specialized is therefore a natural fit for us, and we are confident that this is going to be a successful and mutually beneficial partnership,” stated Glenn Crompton, Vice President of Marketing at Toyota South Africa Motors (TSAM).

As the title sponsor, TSAM’s support to Toyota Specialized will include financial contribution as well as a Corolla Cross for each of the two riders.

“It’s a huge privilege to be a part of a massive international brand, like Toyota!” Beers enthused. “Most of our sponsors are big companies in South Africa, but Toyota is on a different level globally. So, it’s pretty surreal to have them backing us as cyclists. And then obviously Specialized too… they’re one of the biggest brands in the cycling industry internationally, but I’ve also been with them for four years now. It’s really good to have the consistency of that partnership, the support of people I have great working relationships with and to be able to continue to race on their absolutely world-class bikes.” 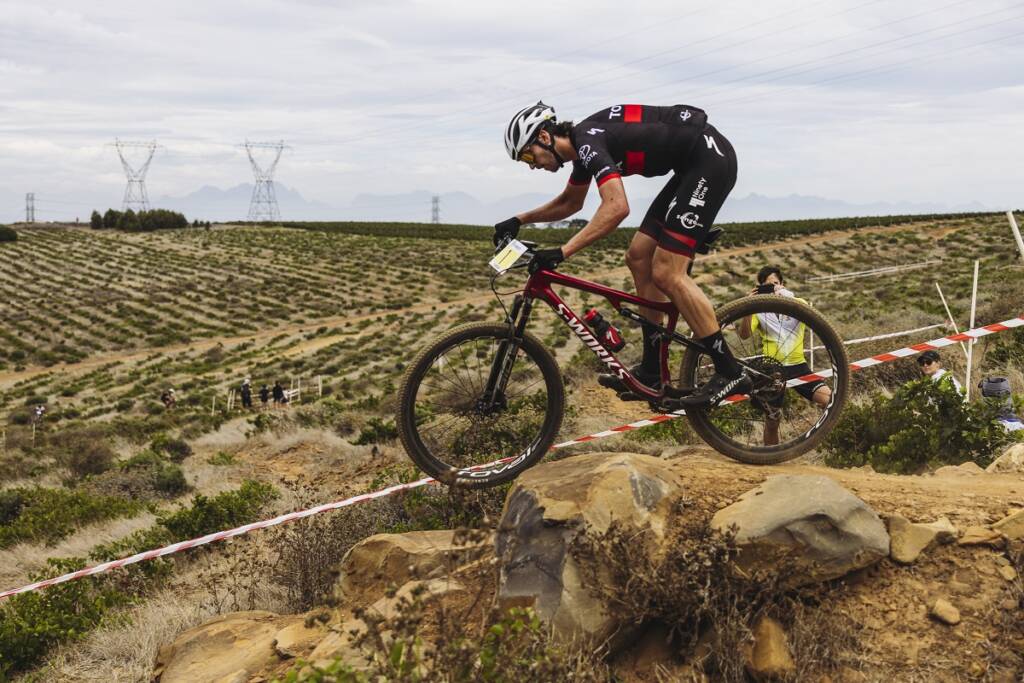 Matt Beers’ formidable technical skills were developed while racing motocross, before turning his hand to cycling in his early 20s. Photo by Ray Cox/Specialized.

“To be part of a team supported by Toyota and Specialized Bicycles is the highlight of my cycling career thus far,” Nortje confirmed. “I’m focused on doing them proud at the Absa Cape Epic, which is my first big goal for the season, where I’ll be racing alongside Cameron Mason. After Epic I’ll be focusing more on XCO races in Europe and a few World Cups. Later in the year Matt and myself will be doing a few stage races together. We make a good team and complement each other well during all the challenges stage races present. With Specialized and Toyota supporting us, we are definitely a team to be reckon with.”

The Toyota Specialized team will be racing aboard Specialized S-Works Epic mountain bikes in the majority of their races, but Beers in particular will spend a significant amount of time on the Specialized S-Works Diverge too. Mountain biking fans can stay updated on the team’s progress by following Matt Beers and Tristan Nortje on Facebook, Instagram and Twitter. For more information on the bikes they will be racing and the vehicles which will power them to their races please visit www.toyota.co.za and www.specialized.com/za/en. 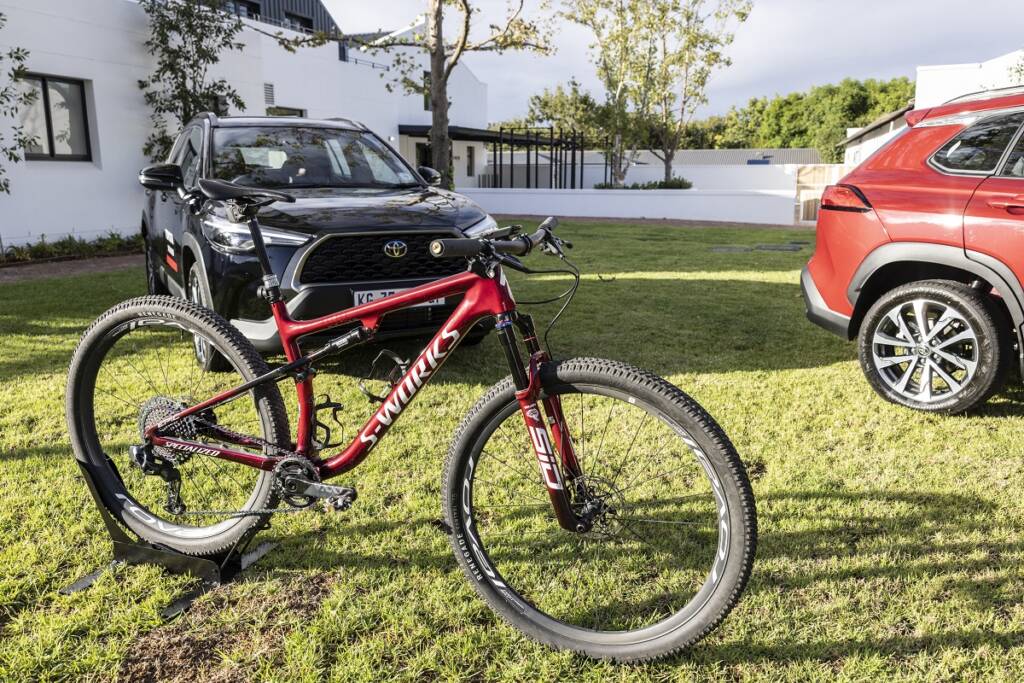 The Toyota Specialized team will be driven by Toyota Corolla Cross SUVs and will be racing Specialized S-Works Epic mountain bikes. Photo by Ray Cox/Specialized.