What’s The Big Deal With Bikepacking

What’s The Big Deal With Bikepacking

I fell out of love with cycling, confesses Seamus Allardice. It happened slowly at first. Then quickly. But bikepacking always lures me back in.

Every January, for last three years, I’ve started the year with a bikepacking trip. It actually started in 2018; when Andrew Robb, David le Roux and myself rode from Stellenbosch to Opsoek, in the Klein Karoo. After a year’s hiatus I started planning more formal trips for my friends. 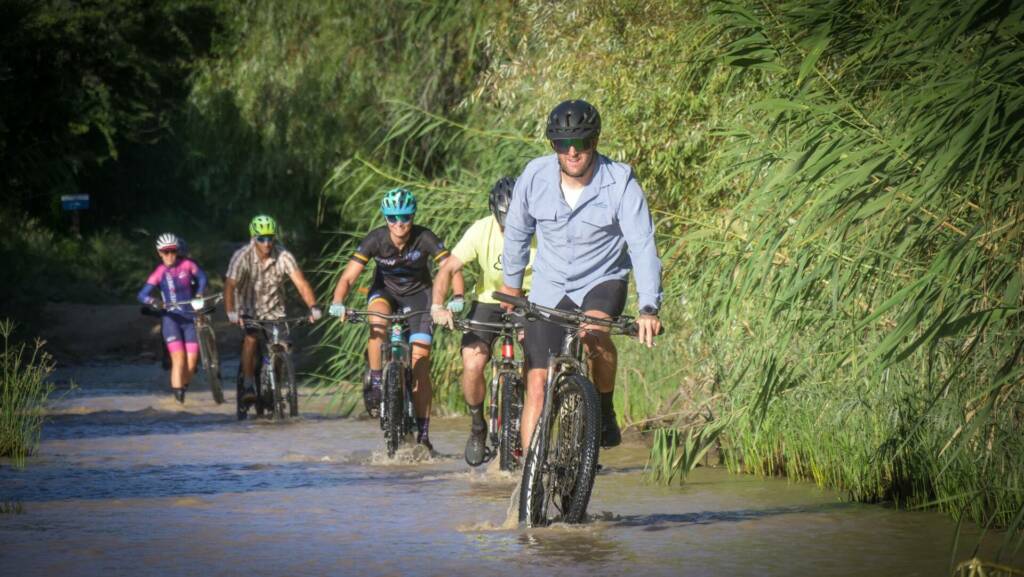 It takes a special kind of friend to put up with the type of riding that was inflicted upon them during the Hell’s Teeth Tour. Or at least the first two days were tough…

In 2020 we rode a four-day loop through the Overberg, covering 400 kilometres as we went from the Breede River to McGreggor to Greyton and back to Stellenbosch. The next year we started and finished in Swellendam, crossing the mythical Gysmanshoek Pass before looping south to Malgas and home to Swellendam. After a solo trip through the Klein Karoo I decided to invite a group to join me for the Hell’s Teeth Tour in January 2022.

The route started at Opsoek, at the Le Roux’s farm between Ladismith and Calitzdorp. Ascended the Seweweekspoort and descended into Die Hel via the fabled footpath into Gamkaskloof. Die Leer is one of only three routes into the deserted valley in the Swartberg Mountains. It is best undertaken on foot, but the Freedom Challenge mountain bike race goes up it, so going down isn’t unmanageable. In total the first day of the Hell’s Teeth Tour took in 45km and ended in Die Hel at a beautifully green campsite. 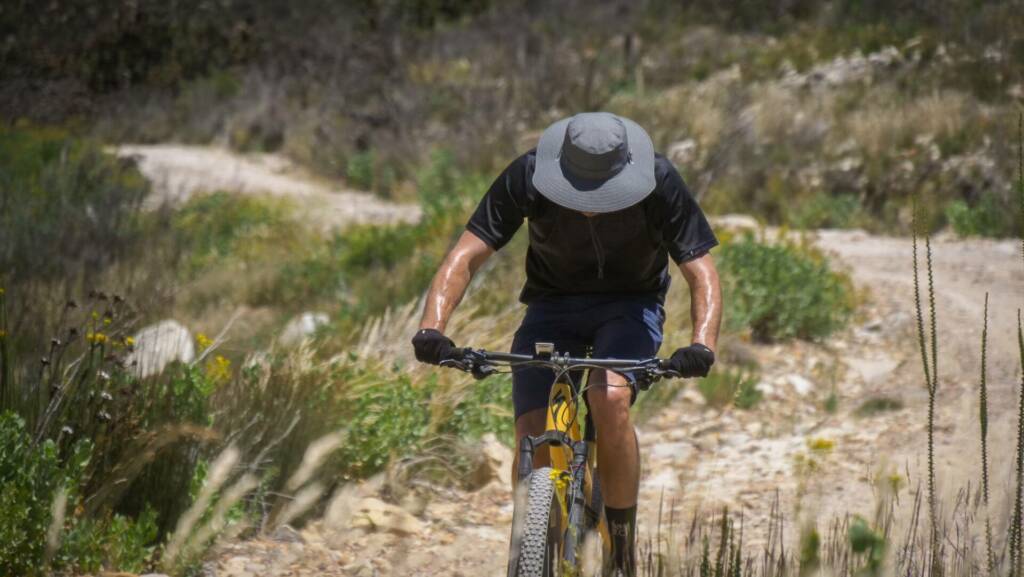 Die Hel may be beautiful, but riding out of it, on the only road to the valley, is brutal. 2 000m of climbing in 40km is no joke!

On the second day we cycled – well, I write ‘we’ but mean ‘they’ – out of Die Hel via the only road into the valley. My reason for not riding was PTSD from having done the climb solo six months before. The ascent out of Gamkaskloof takes in 2 000 metres of elevation gain in just 40 kilometres. To say its brutal understates it.

Click the map to view the Hell’s Teeth Tour route on Plotaroute.com.

I jumped back on my bike for the descent of the Swartberg Pass, to work up an appetite for Roosterbrood at Kobus se Gat. From our late lunch it was on to De Hoek Mountain Resort, after 75 kilometres of riding, to our second camping spot of the trip. Day 3 saw us crossing the Klein Karoo basin on a scenic and free flowing day. The 65 kilometres to Gamkaberg Nature Reserve we ticked off in no time. Mainly due to the course featuring more descending than climbing, which made for a pleasant change, after the day before. 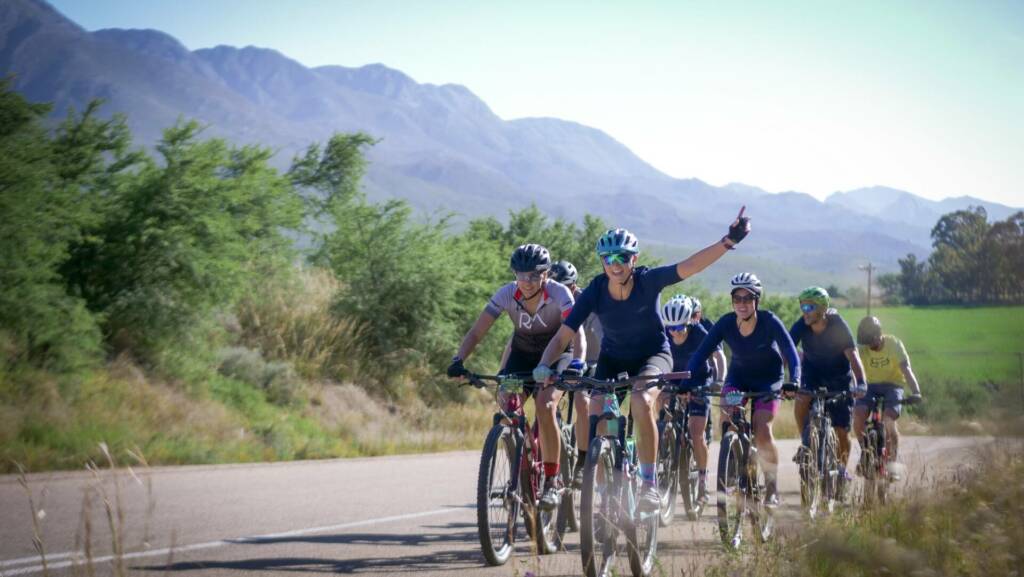 The final day took us back to Opesoek, via the Olifantsriver and Calitzdorp, then the Huisrivier Pass. It featured ore tar than ideal, but barring a hike-a-bike filled slog though the Zoar community land and an assault on the Rooiberg Pass asphalt was the only way to go. 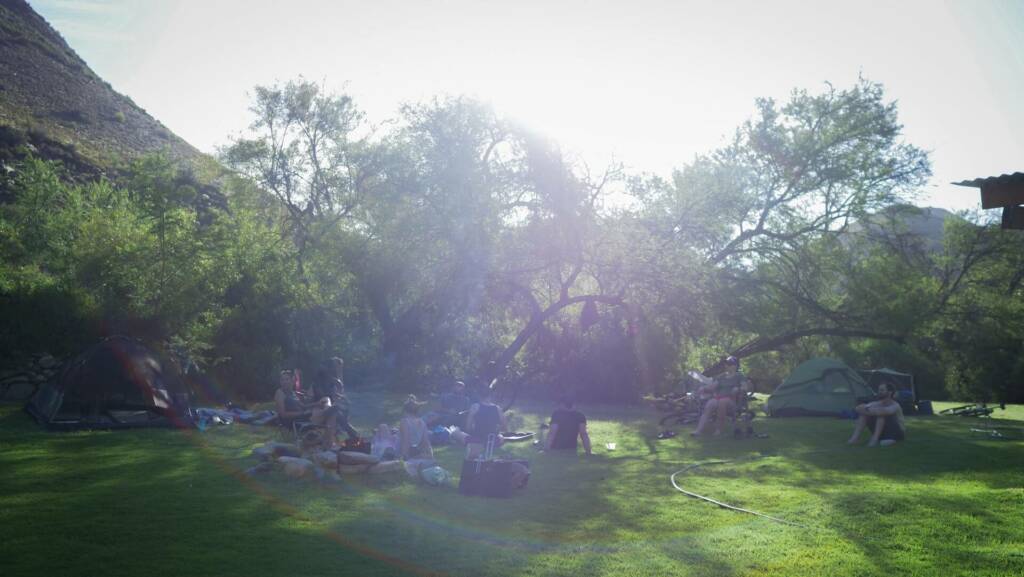 If you enjoyed the Hell’s Teeth Tour show and would like to join the January 2023 trip, into the Deep South, drop us an email to info@diverge.info. I can’t reveal too much yet, but it’ll be a (mis)adventure; that’s for sure. And might even include some beach camping… 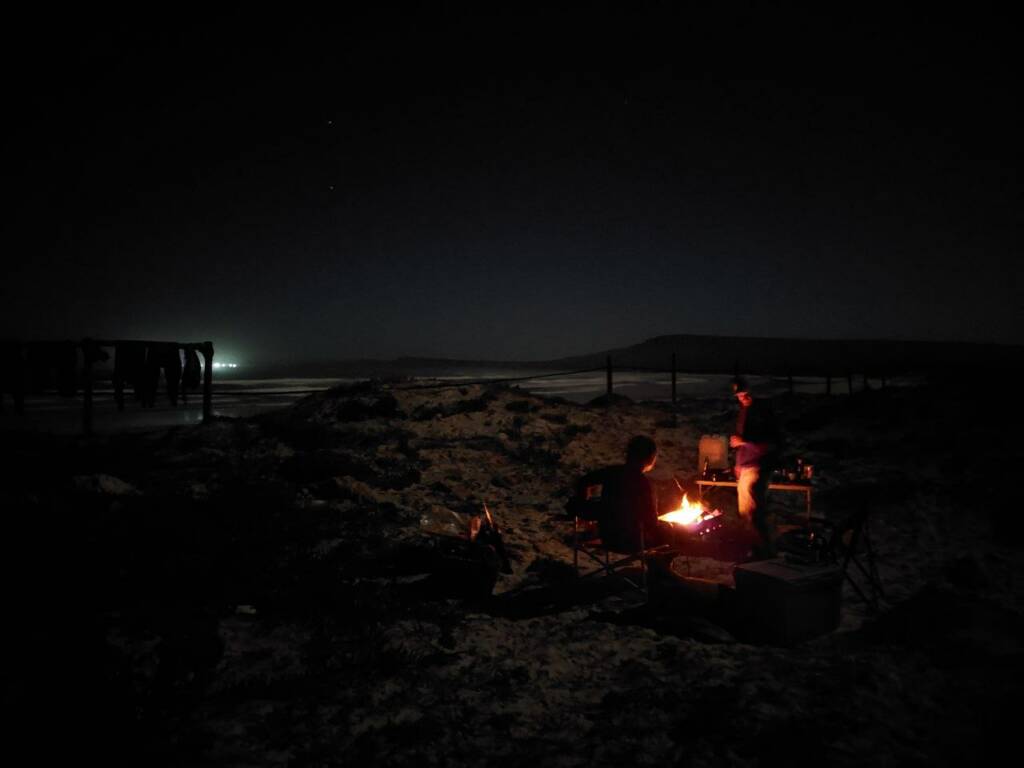 A sneak peak of a potential 2023 tour camping spot. Right next to the Atlantic Ocean.