The 36ONE MTB Challenge is dubbed “the ultimate race.” It is not hard to see why when looking at the simple statistics. At 361 kilometres long, with nearly 5 000 metres of climbing, it is a huge ride. Then there is the afternoon start, racing through the night and the 36 hour cut-off. All considered, completing it can be considered one of mountain biking’s ultimate achievements. In 2023 that challenge will be opened to gravel bikers too, from 12 to 14 May.

Every year over 600 brave riders take on the full 36ONE MTB Challenge. Undaunted by the circumnavigation of the Klein Karoo basin. They are enthusiastic, rather, to race the gravel roads of the region. What usually begins as a tight and tactical battle usually devolves into a war of attrition. The strongest on the day is undisputed; the roads, the conditions and sometimes rider equipment choices have helped determine the king and queen of the ultimate race.

In 2022, multiple Namibian road and time trial champion, Drikus Coetzee, returned to settle a score. The year before he had been pipped to the line, after racing all 361 kilometres alongside Konny Looser and Christiaan Janse van Rensburg. The near perfect conditions in 2021 had allowed the trio to take 33 minutes off Ramses Bekkenk’s 2017 course record. With his power file and pacing information on hand, Coetzee went solo from the half way mark and reduced Looser’s record by a further 9 minutes; setting an exceptional new mark of 13 hours, 17 minutes and 50 seconds. That equates to an average speed of over 27 kilometres per hour!

Oudtshoorn local, Yolande de Villiers, switched her focus from the team relay event to the solo women’s race in recent years. In 2021, the same year in which she won the then South African Marathon Champion’s title, De Villiers blitzed The 36ONE MTB Challenge route. Her time of 15 hours, 11 minutes and 22 seconds was so fast that it looks unlikely that even the record holder herself will struggle to get close to it without a near perfect ride through the Klein Karoo. 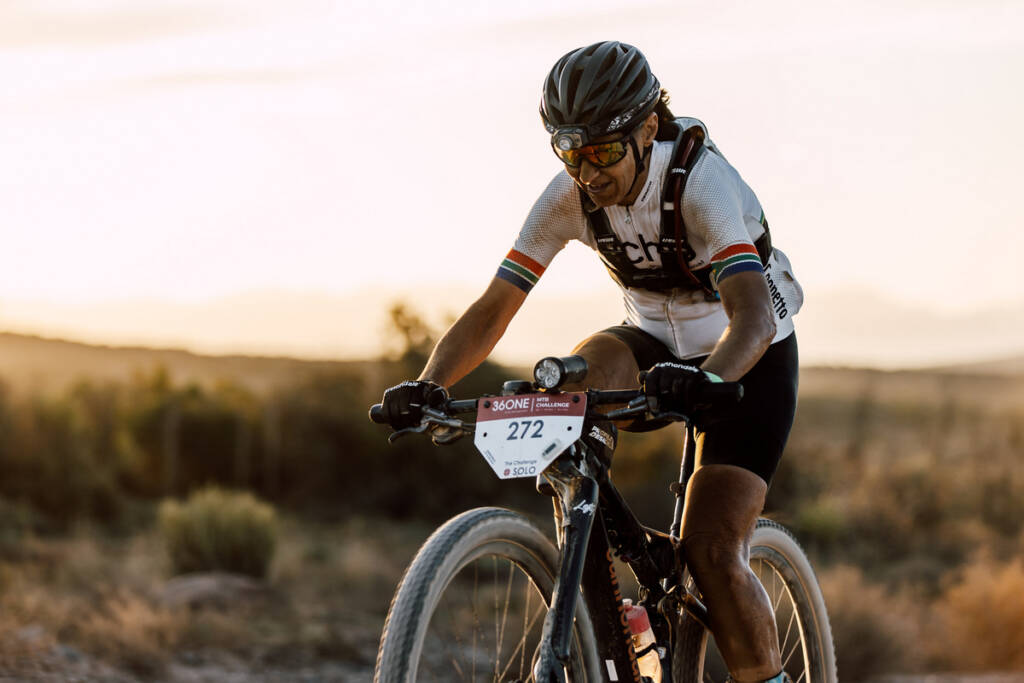 Yolande de Villiers is the reigning double solo women’s champion and holds the course record which she set in 2021. Photo by Shift Media Co.

In keeping with the growing gravel racing scene 36ONE Asset Management and Dryland Event Management have decided to open the full distance to gravel bikes in 2023 too. “We’ve allowed drop bar bikes, be they gravel-, cyclocross- or even 29er hardtail-bikes, with rigid forks, to compete in the, 180.5 kilometre, Half race for a few years now,” Henco Rademeyer of Dryland Event Management noted. “We felt however that there were a few sections which were too rough for gravel bikes, especially after riding through the night. In the last couple of years, gravel bike technology has improved significantly though and the discipline has matured in South Africa. The time is now right to see if a gravel bike can compete with a mountain bike across the full 36ONE MTB Challenge route.”

“It’s going to take a brave rider. Or a brave group of riders, perhaps, to take up the challenge,” Rademeyer smiled knowingly. “But there are always cyclists looking for their own ultimate… completing or competing The 36ONE on a gravel bike could be it.”

Gravel bikes will compete side-by-side against mountain bikes in the full 36ONE MTB Challenge and in the Half, in both the solo men’s and women’s categories. Teams and relay teams may also include gravel bikes, as no distinction will be made between the various bicycle choices. “It’s going to be interesting to see if gravel bikes are the faster choice for the full Challenge route,” Rademeyer mused. “CP van Wyk set the current Half course record, of 6 hours and 38 minutes on a gravel bike this year, but the accumulated fatigue over the 361 kilometre route could play a significant role in the pace gravel bikers are able to maintain.” 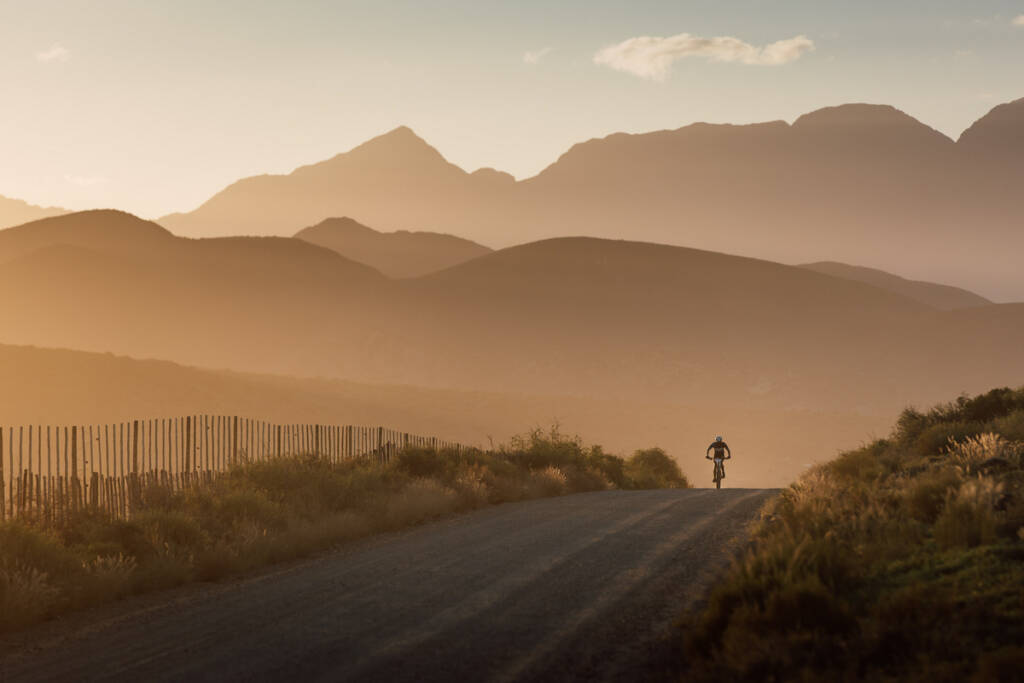 The rolling roads of the Klein Karoo and a number of major climbs help The 36ONE MTB Challenge reach a sapping 4 930 metres of accumulated elevation gain. Photo by Shift Media Co.

The Half will also see a route change in 2023. Having historically started at Check Point 2, in Volmoed at 06:00 on Saturday morning, the Half start will be moving to Kleinplaas next year. “The change in start venue will improve the rider experience tremendously, not only by allowing the Half racers to start and finish in the same place,” Rademeyer stated.

Along with the solo Challenge and Half categories, The 36ONE MTB Challenge also boasts a selection of other categories too. Men’s Women’s and Mixed Teams can contest the full 361- or 180.5-kilometre distances and 4 person relay teams can share the load in the Challenge with each rider taking part in one of the four legs of the ultimate race.

In order to create more excitement in the Kleinplaas Race Village, on Saturday night, the prize giving will be brought forward from Sunday morning to Saturday evening. It will now be staged roughly 26 hours into the event, right at the moment when the majority of the riders taking part for the personal challenge tend to finish. “Rather than riding into a quiet finish line, with only their family members there to cheer them on, the Saturday evening prize giving will ensure a packed race village for those finishers,” Rademeyer predicted. “The sheer time it takes most people to complete the course has always meant that there are times when the race village is very quiet. We hope this will keep more people on the finish line and ensure that the competitive racers are there to cheer some of the less competitive riders home. They rode the same distance after all and in many ways doing so over 26 or more hours is harder than the 13 to 14 hours in the saddle the top guys manage.”

Entries to the 2023 36ONE MTB Challenge are now open. The ultimate race is set to take place from the 12th to the 14th of May 2023 and cyclists can take part in either distance; as solo riders, teams or in relay squads. For more information or to secure a spot in the twelfth edition visit www.the36one.co.za. 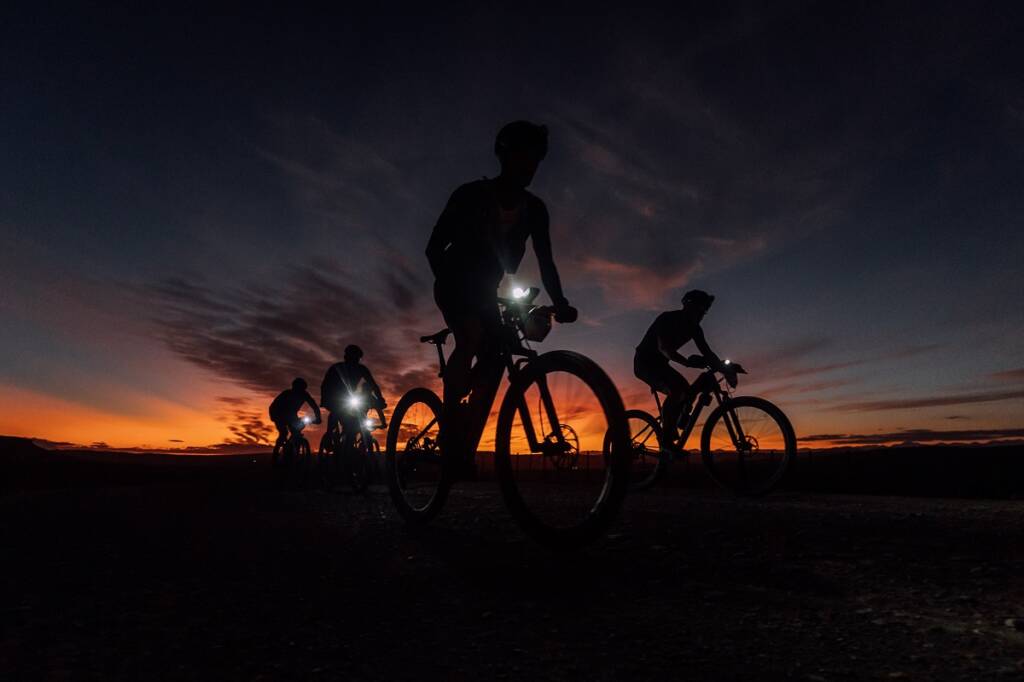 Starting at 15:00 on Friday afternoon means that every rider, regardless of how fast they are, will ride through the depths of the night to complete the ultimate race. Photo by Shift Media Co.