Dusty Day and Fienie Barnard won the 2022 CCPP Group Lions Karoo to Coast on Sunday, 25 September. Day had Lenré Coetzee for company until the descent from Buffelsnek, with 35 kilometres to go, when Coetzee punctured. Barnard though was caught behind and early crash, thus she only realised she was leading the women’s race when she invertedly claimed the Queen of the Mountain prize.

The 95 kilometre race, along Prince Alfred Pass, from Uniondale to Knysna is one of South Africa’s most iconic mountain bike events. After a covid enforced hiatus, since the dramatically stormy 2019 edition, this year’s race was eagerly anticipated. Fortunately, the weather gods played along, providing a cool day, perfect for mountain biking. 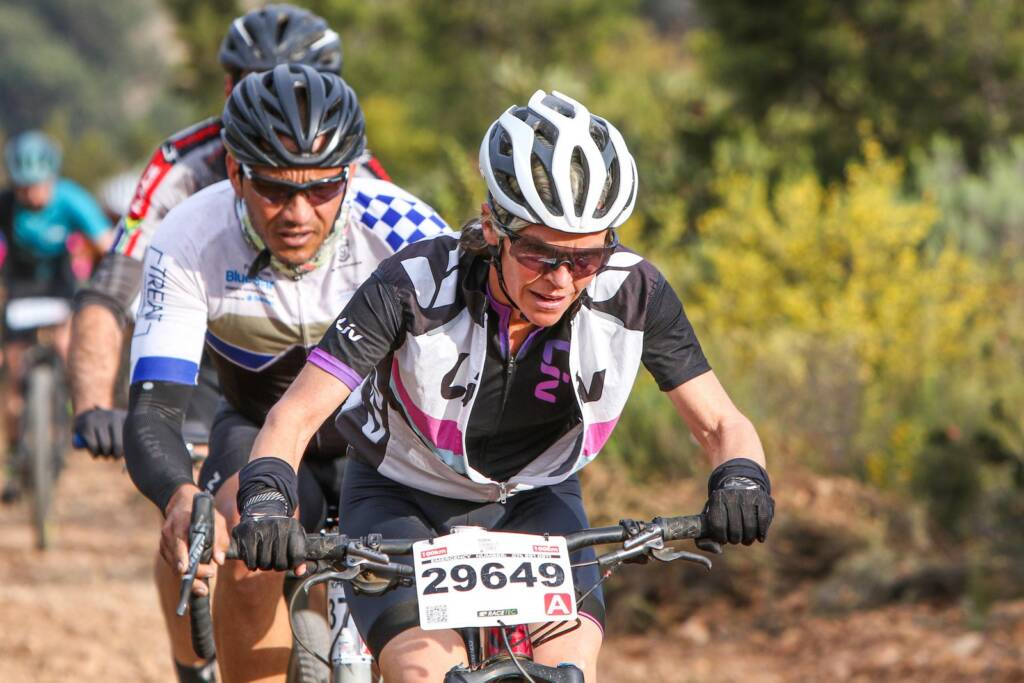 Fienie Barnard dominated the women’s race in the 2022 edition of the CCPP Group Lions Karoo to Coast. Photo by Oakpics.com.

Starting in the Klein Karoo a crash within the first 3 kilometres nearly brought down key protagonists. “I saw it coming actually,” Barnard noted. “The group was extending and compacting as we turned out of Uniondale. Two guys bumped handlebars and went down. I got caught behind them and was then right at the back of the group.”

“From there I didn’t really know where I was in comparison to the other women,” the winner explained. “It was actually a bit of a surprise when someone shouted that I was in the lead.” Barnard’s focus was not on winning however. “It’s such a brilliant event. You get to ride through unspoilt natural beauty and forget about the life’s usual worries for a while. There is no loadshedding out there on the bike!” 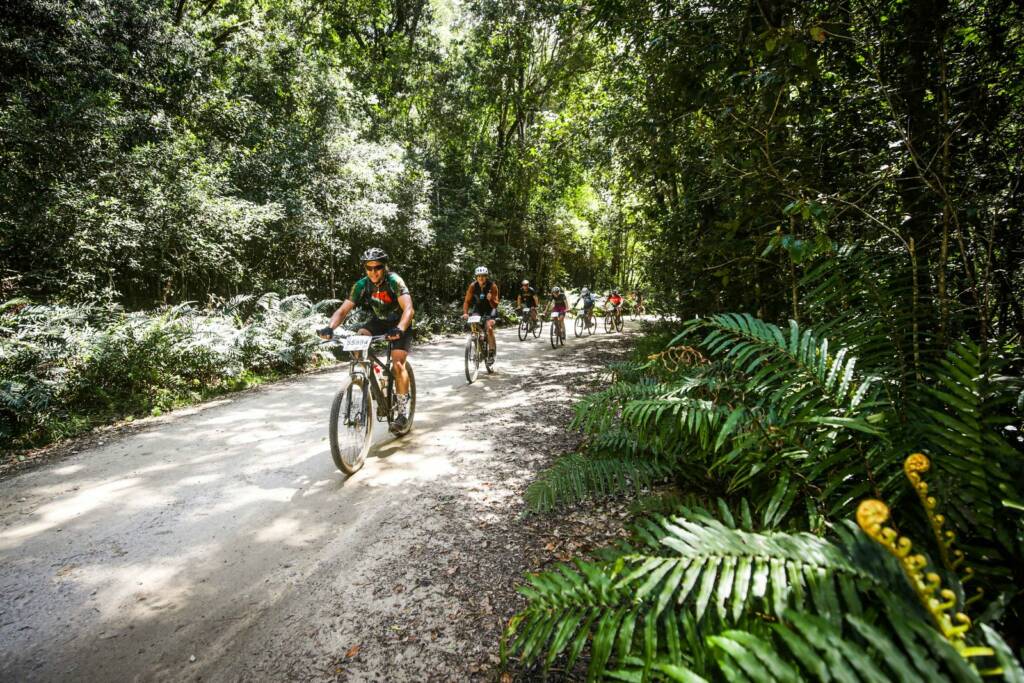 The indigenous forests of the Garden Route provide spectacular riding for the second half of the course. Photo by Oakpics.com.

In the men’s race the battle for victory was tighter for the first 60 kilometres. “Dusty [Day] and I got away together, with Johan Labuschagne, on the Ou Wapad climb,” Coetzee explained. “Johan punctured and then a while later I punctured too.” 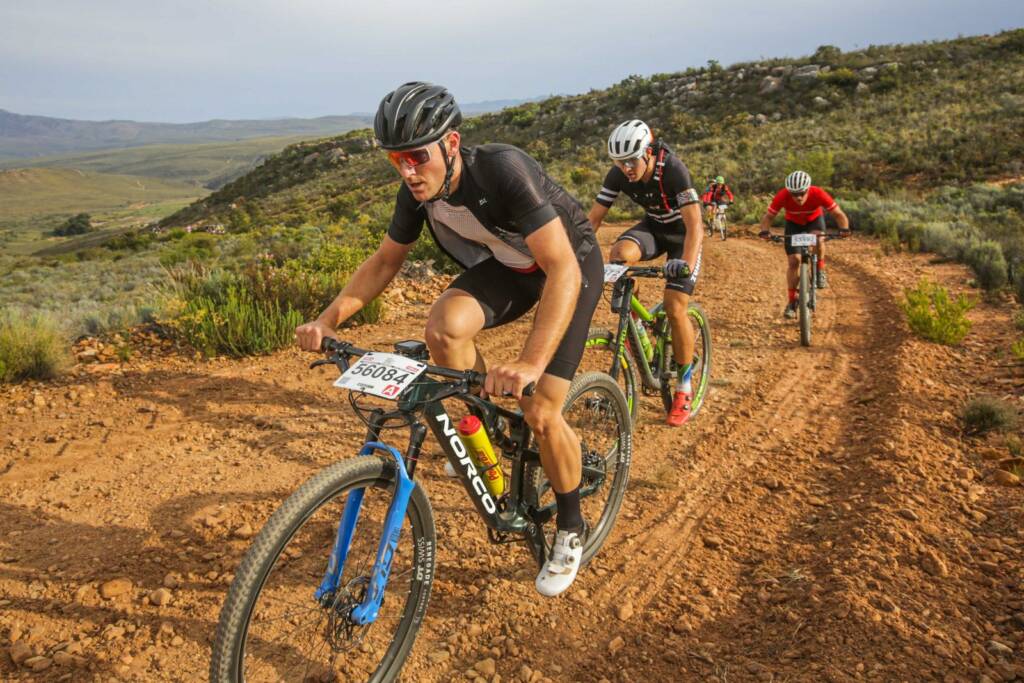 While the young rider struggled with a faulty CO2 regulator Day soft pedalled. “Lenré and I train together a bit,” the champion noted. “I was sort of coaching him through the race and told him we’d race it out on the Simola climb. After he punctured, I sat up a bit waiting for him, but with the group chasing behind I couldn’t wait too long. So, I pushed on.”

“It was a nearly perfect day,” he added. “Just the headwind in the Kom se Pad section of the route slowed the times down a bit. Last time at the CCPP Group Lions Karoo to Coast… we all know the weather, so I think the weather made up for it today!” 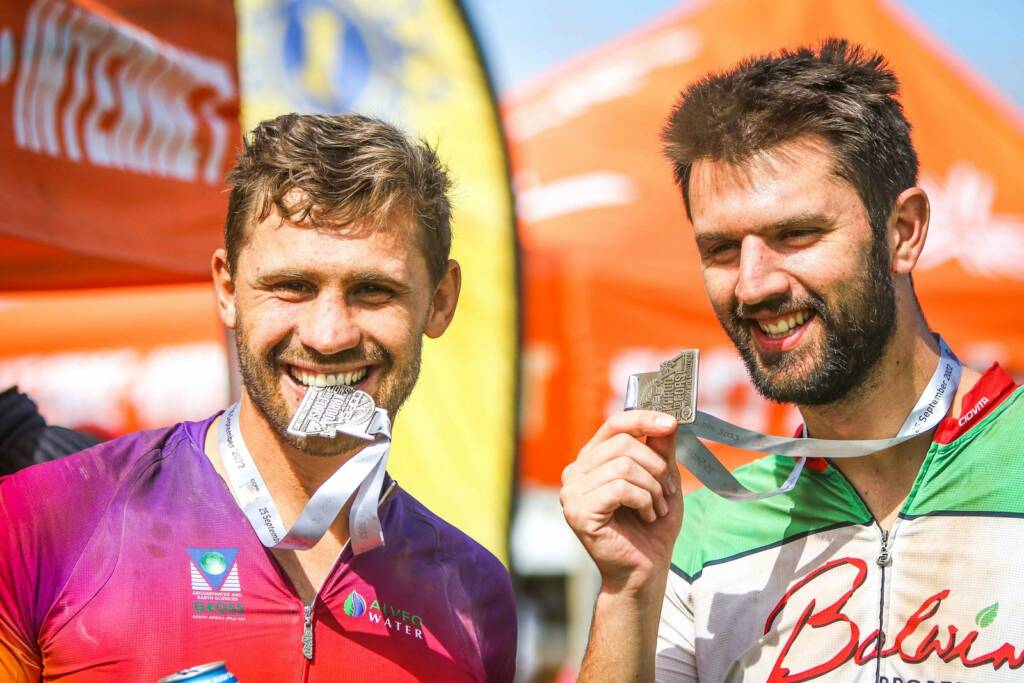 The near perfect conditions left the finishers with big grins on their faces after completing the 2022 CCPP Group Lions Karoo to Coast. Photo by Oakpics.com.

Day’s winning time was 3 hours, 25 minutes and 27 seconds; 5 minutes and 26 ahead of Coetzee, who was briefly caught by the chasing group. Danie Cronje was unable to hold Coetzee’s pace in the closing kilometres and thus had to be content with third. Isak Mathys Mare and Jacques Steyn completed the men’s podium.

While the 2022 edition of the CCPP Group Lions Karoo to Coast has drawn to a close the Lions Clubs of Uniondale and Knysna are already looking ahead to the 2023 race. The event serves as a major fund raiser for a number of local charities, including the South African Guide-Dogs Association for the Blind and for cataract operations in the Southern Cape. As such every rider is directly contributing to charitable causes by participating in the race. Entries to the 2023 addition, which takes place on Heritage Day – 24 September – next year open on Monday. 26 September 2022. To secure a spot on the start line visit www.karootocoast.com. 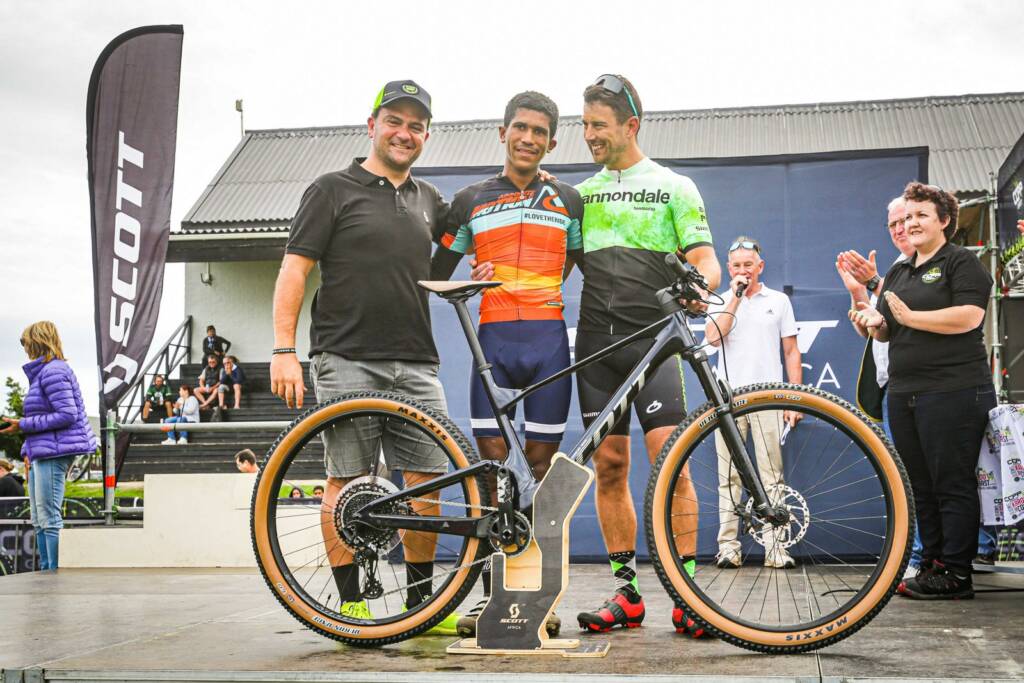 SCOTT Sports Africa gave away a SCOTT Spark RC 900 Comp, which was won by Ryan Habib (right) for his social media post which best captured the #Karoo2Coast experience. Habib then donated the brand-new mountain bike to Knysna’s highest placed finisher on the day, Damon Terblanche (centre). They were joined on the podium by Joggie Prinsloo (left) the Marketing Manager of SCOTT Sports Africa. Photo by Oakpics.com.