William Mokgopo restarted his racing schedule with victory in the 2022 Glacier Cradle Traverse, from the 31st of September to the 2nd of October. Held in the Cradle of Humankind, from a race village at Avianto, it is a relaxed event. With short, punchy, routes – measuring no more than 42 kilometres in length – the Glacier Cradle Traverse is the perfect stage race for newcomers to the sport and those looking to indulge in the more social side of mountain bike.

The racing began with a 42 kilometre stage into the Cradle Moon conservancy. On a day dominated by big game sightings, giraffe stole the show. Stage 2 took riders into the exclusive Portion 58, a section of land that few mountain bikers ever get to experience. The final stage, like the one which preceded it, was only 39 kilometres long. It featured the best riding of the event, packing over 20 kilometres of singletrack into the stage; including the King’s Kloof blue route. 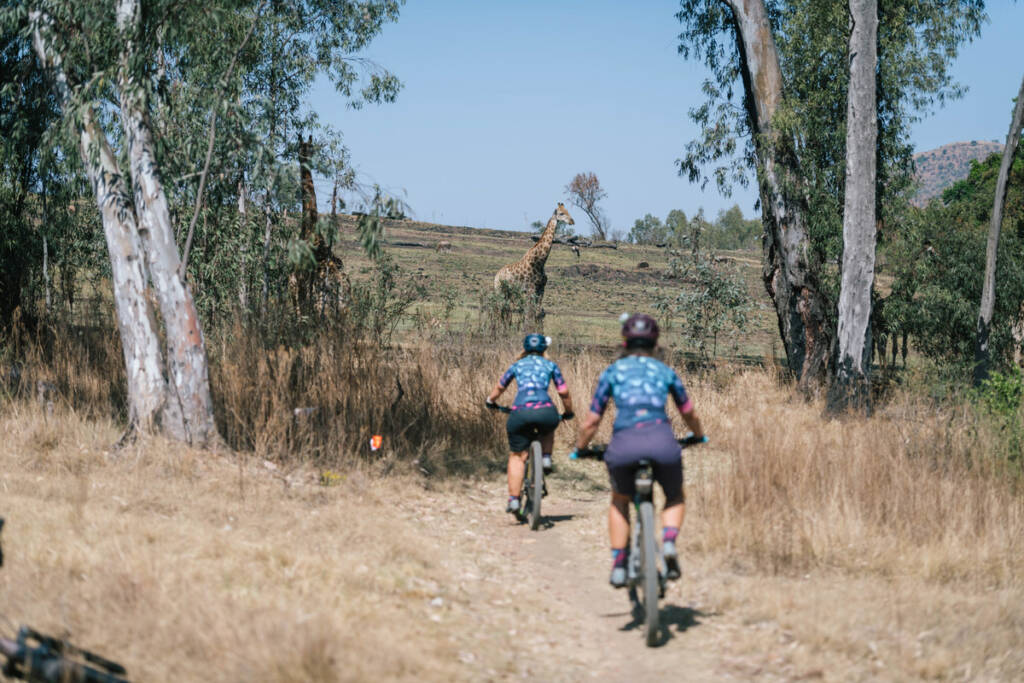 The giraffe of Cradle Moon provided thrilling close encounters for the riders on Stage 1 of the race. Photo by Sage Lee Voges for ZCMC.co.za.

“I must say the last three days have been amazing,” Mokgopo grinned after wrapping up his third successive stage victory and the overall title. “I think this stage race is one of a kind and I hope the organisers keep it exactly like it is! This is something I think a lot of people would love to take part in. We had so much singletrack, so much climbing… and then the atmosphere… that’s the great thing about stage races. And the Glacier Cradle Traverse gets it right. Everyone is so chilled, having fun after the stages. That’s what I’m enjoying more and more about stage races now, to appreciate the fun of it.”

Mokgopo’s winning time was 5 hours, 17 minutes and 57 seconds. Stefano Madies was second in the solo men’s race, with Kyle Robertson completing the category podium. Raine Fouche was the only woman in the solo women’s competition and rode to an uncontested victory. 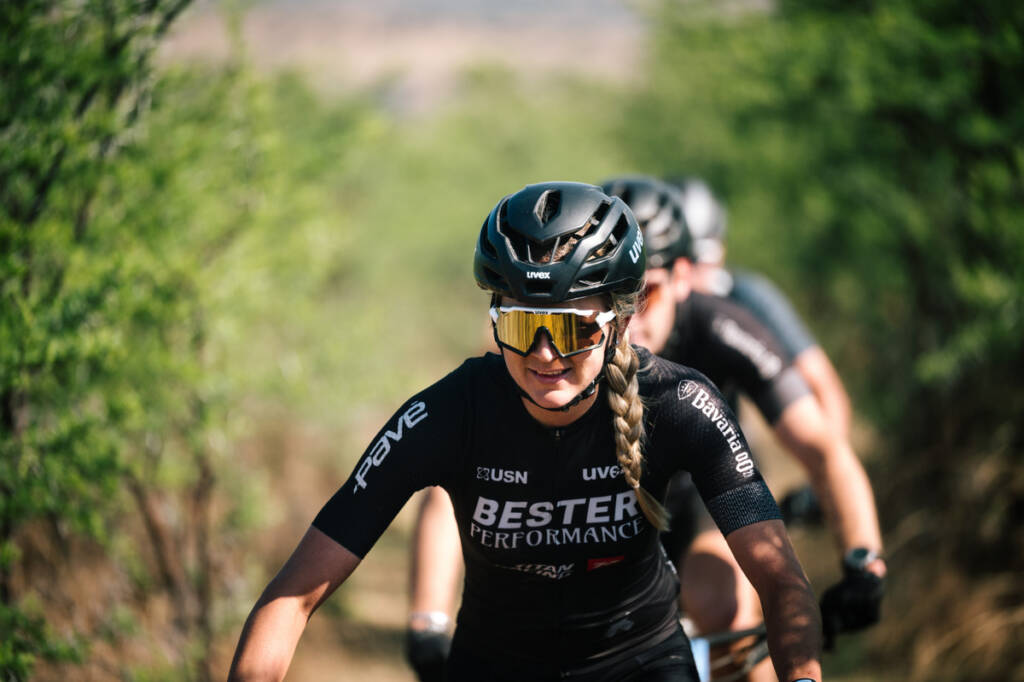 Stephanie Wohlters bested all the men’s and mixed teams on her ride to victory, alongside Yolande de Villiers, in the women’s team race. Photo by Justin Reinecke for ZCMC.co.za.

In the team’s race Yolande de Villiers and Stephanie Wohlters were commanding victors. The top women’s team were also the top team in the race, notching up a general classification time second only to Mokgopo. Their final accumulated time was 5 hours, 42 minutes and 17 seconds. The Madmacs/Coopetto/Bester Performance team’s nearest rivals were Denni Cartwright and Anneke van der Walt. Aletti Lowe and Ulande Viljoen rounded out the women’s team category podium.

“It was a magnificent stage race” Wohlters smiled. “This is my back yard; but still, every day, the trails included bits that I had never ridden before. I just loved every second of it, the weather was amazing, the people were amazing, and ja the racing, with Yolande [de Villiers], was amazing too.” 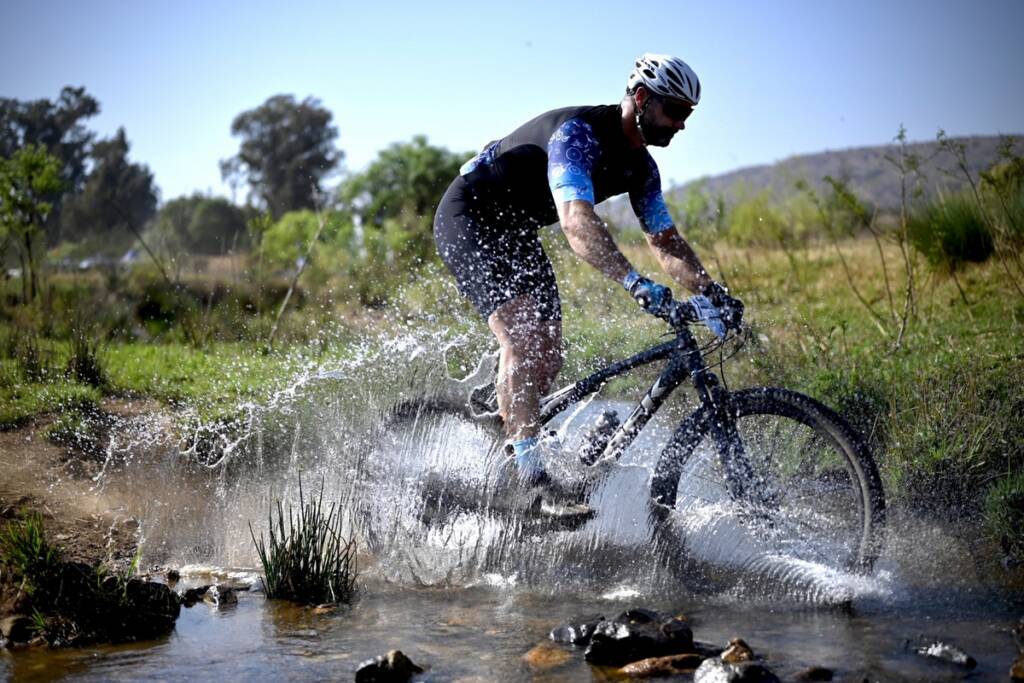 The men’s team race was won by the Efficient Wealth combination of Loutjie Smit and Stoffel Echley. Helena Tarantino and Jacques Human, of Team P…F, won the mixed category competition. To recap on all the action from the 2022 Glacier Cradle Traverse mountain biking fans can follow the race on Instagram, at @cradletraverse, or on Facebook, at Glacier Cradle Traverse. For more information visit www.cradletraverse.co.za. 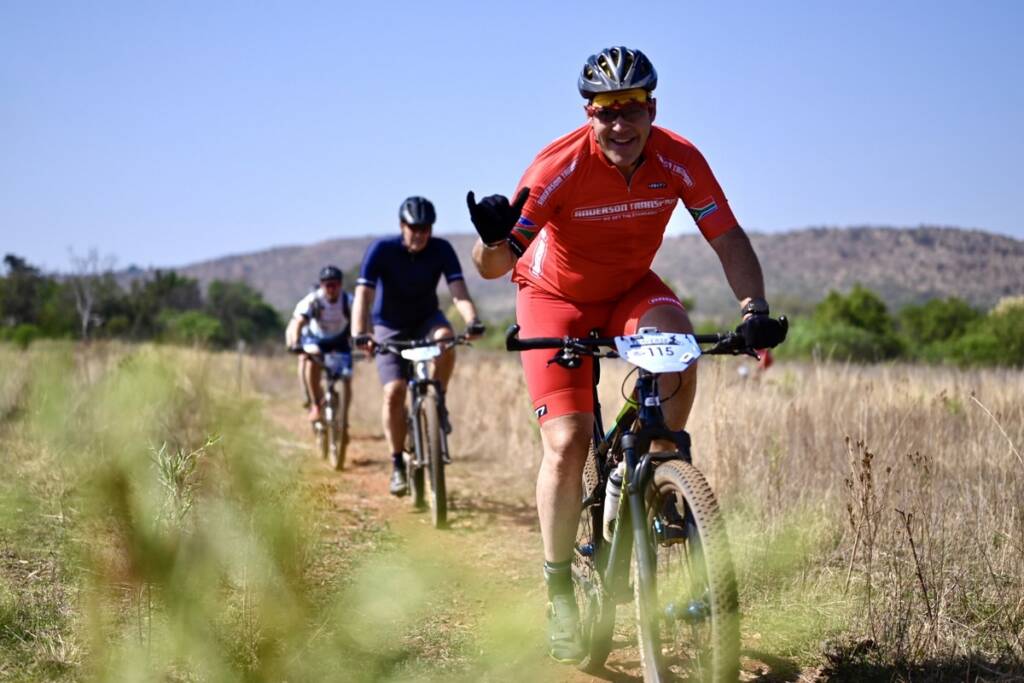 Good times were had by all, both on and off the bike. Photo by Sage Lee Voges for ZCMC.co.za. 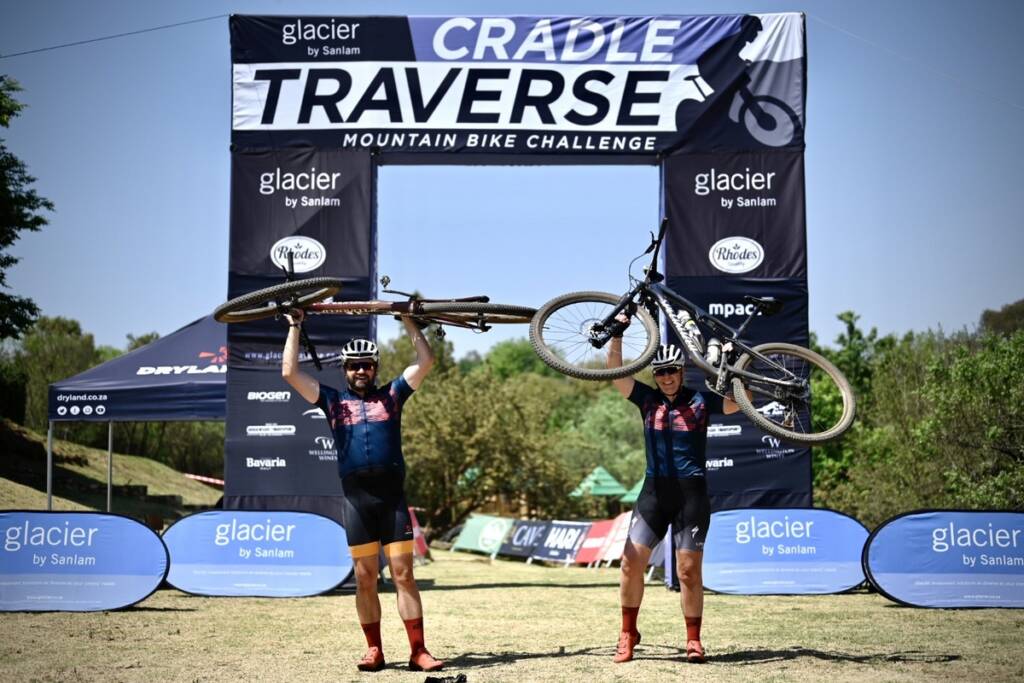 Avianto hosted the fourth edition of the Glacier Cradle Traverse; providing access to some of Gauteng’s best trails, on the estate itself and in the Cradle of Humankind around it. Photo by Sage Lee Voges for ZCMC.co.za.

To view the full results from the Glacier Cradle Traverse click here.