Join the hunt at the Stanford 100 Miler

Join the hunt at the Stanford 100 Miler

On 10 December 2022, the discerning gravel bike and mountain bike rider will be (or should be) saddling up for the ultimate gravel hunt at the Stanford 100 Miler. Blow the horn, announce to the world that the hunt is underway and let yourself loose on the tar, district, rural and gravel roads of the Overstrand. All that’s missing will be the deafening roar of the blunderbuss as the pace hots up – though if you send enough emails to the organisers they could probably arrange one.

Even though we use the metric system in South Africa, the event is called the Stanford 100 Miler because it just rolls off the tongue better than the Stanford 160 Kilometrerer. Isn’t it odd how they spell kilometer wrong in the United States when they use miles and not kilometres anyway? That is some proper First World Imperialism nonsense right there.

But back to saddling up! The Stanford 100 Miler is the only way to end your 2022 gravel and mountain bike racing season. Why? Because it’s literally the last gravel event on the race calendar. Happening in Stanford. That’s 100 miles (169km, to be exact) long. Fact! Probably. We didn’t really look it up. Unlike other cycling events, this one is going to blow your socks off – mainly due to the fact that it gets kak windy in Stanford in December. Jokes.

The 160 kilometre route loops east towards Bredasdrop, having passed through Elim before returning via Wolvengat and Baardskeerdersbos to Stanford Hills.

This is a jol. This is happiness. This is cycling at its simplest, at its most soulful and at its purest. Get on your bike (gravel or MTB, up to you) and ride, ride, ride. Hunt the distance. Hunt the gravel. Hunt a great time on the bike.

Brought to you by the okes who host The Tanqua Kuru Bicycle Race (they have arm tattoos like Premier League footballers and kids with names like ‘Willowsprout’ and ‘Elderberry’, so you know they’re a lot trendier than the grandpas who host the Cape Town Cycle Tour), the Stanford 100 Miler takes cycling back to what it should be – a good day out on varied road surfaces with enough of a challenge that you can talk about how great you are for finishing when it’s all said and done.

Unlike other cycling events, the Stanford 100 Miler also promises to never use the phrase ‘done and dusted’ when the event is over. That’s how hip these guys are. Still not convinced? Well here’s some actual event information, you square… 2022 is the inaugural Stanford 100 Miler, total distance 169km. Gravel and mountain bikes are welcome. 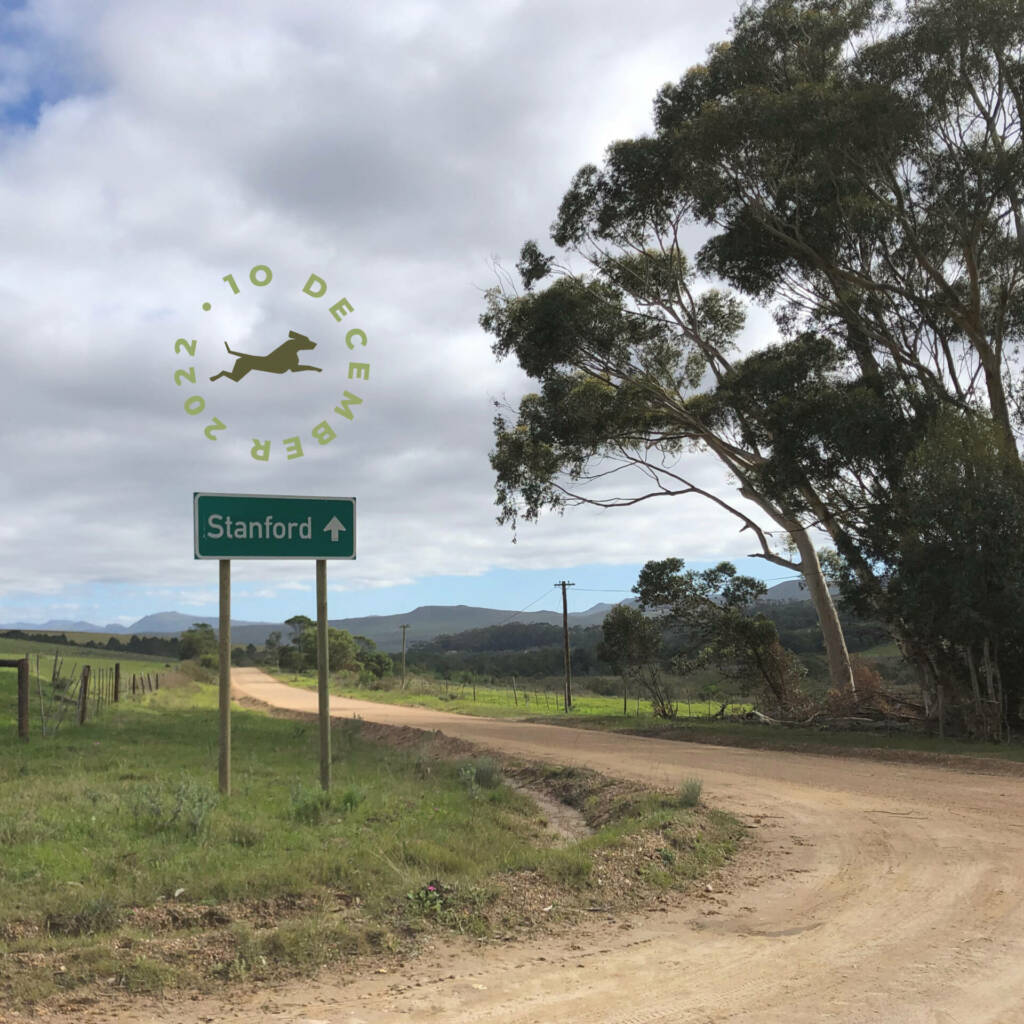 The roads which the Stanford 100 Miler takes in are prefect for gravel bikes.

The race will start and finish at Stanford Hills Estate. The route will take you out of Stanford in the direction of Bredasdorp and on towards Elim. From Elim, it’s on to Wolvengat, a funkily named town that was originally called Wolvengat but then changed names to Viljoenshof in honour of a local minister but was mercifully changed back to Wolvengat to now give you the great privilege of telling your friends that, yes, you have actually cycled through a town called Wolvengat.

After Wolvengat the hounds are unleashed and it’s pure gravel riding to Baardskeerdersbos, a tiny village that is slowly being colonised by Capetonians in Audi Q7s; this is your chance to see it unspoiled before the first, inevitable Bootleggers opens. We could go on, or you could just visit the website and enter. “This is a ride made and conceived with cycling joy at its core,” says organiser and conceptualist Jeremy Crowder. “You’re going to love it. Simple as that.”

Winners of the Stanford 100 Miler will receive a handshake from the organiser. Maybe. 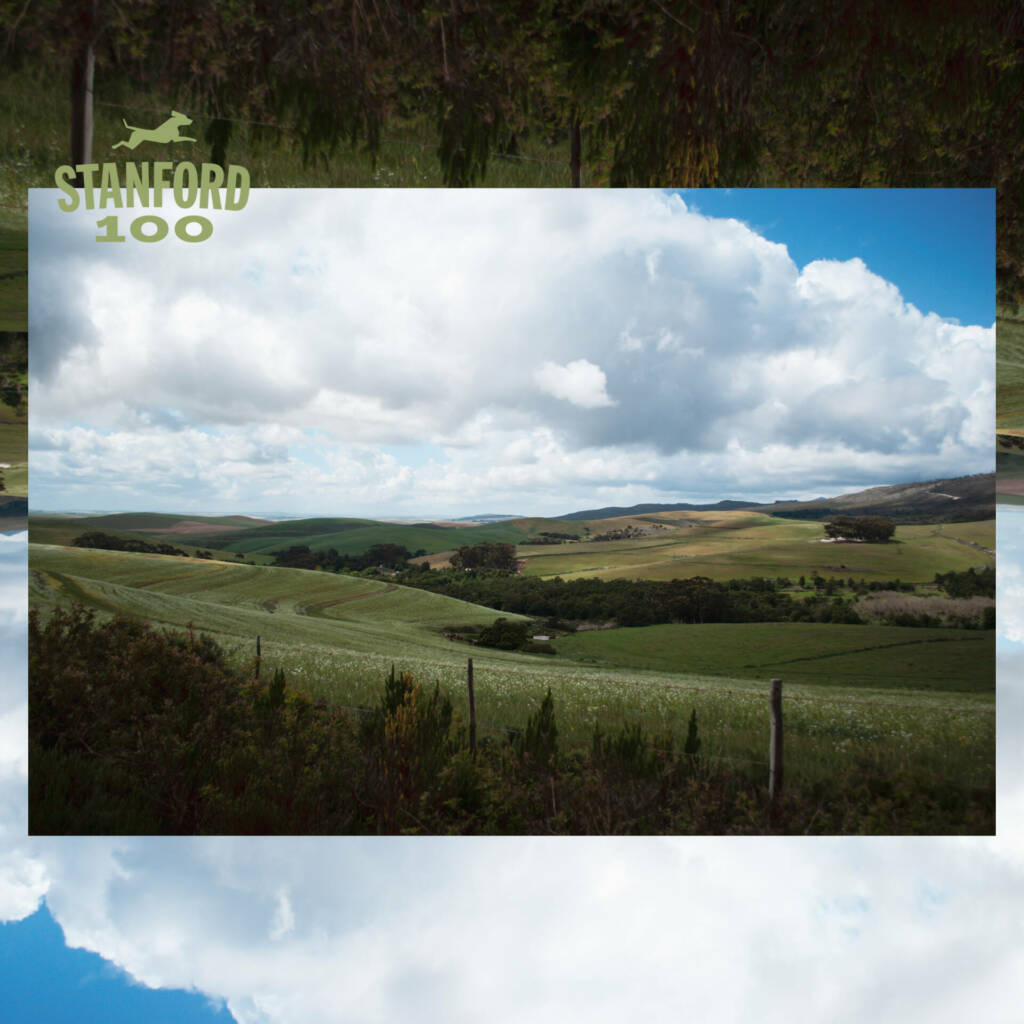 Race through the scenic wheat fields of the Overberg in the Stanford 100 Miler.