Over 250 teams, of up to 12 riders, started the 2022 Old Mutual Wealth Double Century team time-trial road race in Swellendam; on Saturday, 26 November. DMS & Co won the men’s race, with Reach for Rainbows winning the women’s event. In the mixed category, Private Client Holdings Mixed was triumphant.

That was certainly the case then, and it’s the case at each and every Old Mutual Wealth Double Century. The team dynamic at this team time-trial road race is what makes this a special cycling event and it’s what can make or break the spirit of the teams chasing glory and those just hoping to finish.

Teams start the Double Century with up to 12 riders. Six of the 12 need to finish to claim a win, a medal or the simple honour of stating that they have “finished the Old Mutual Wealth Double Century”. This year, some finished with all 12, while others lost a few “soldiers” along the way. It’s the compelling nature of this cycling beast. 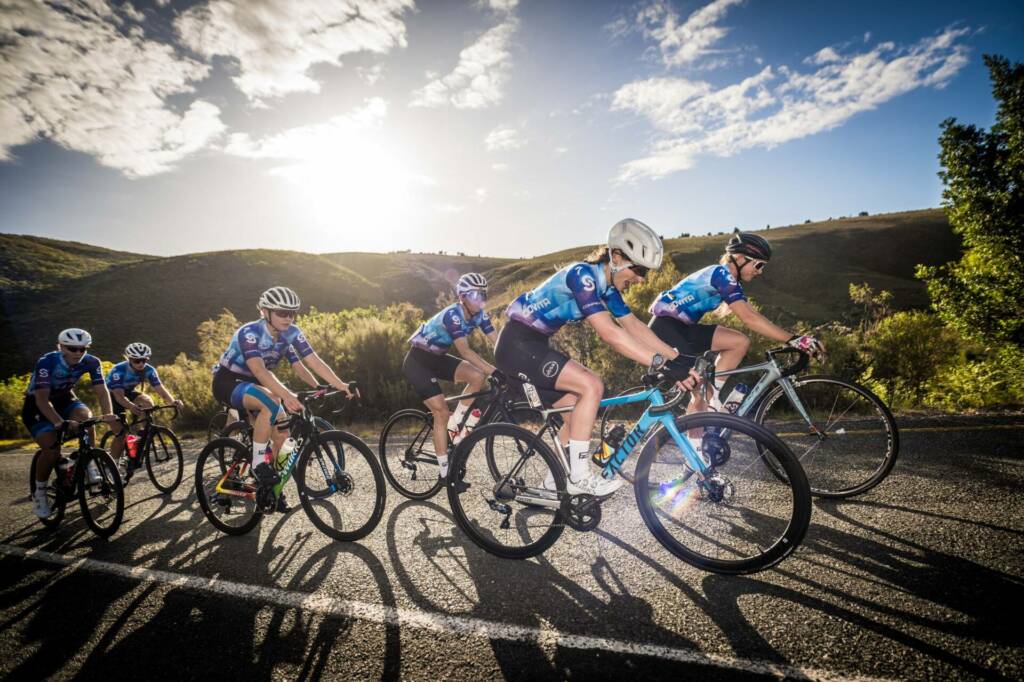 The Reach for Rainbows team set out with the intention of breaking the women’s course record but the cross- and head-winds in the second half of the course put pay to those aspirations. Photo by Tobias Ginsberg.

Men’s winners DMS & Co was packed with cycling talent, including current South African National Road Race champion Reinardt Janse van Rensburg and former SA National champ Jaco Venter. Venter was one of the men in the DMS & Co team who never crossed the line, retiring from the race due to cramps. Janse van Rensburg confirmed on the finish line that the racing was “fun but brutal”.

“We went out really hard – too hard! Things were going well and we had a good paceline from the start, but after the first feed zone in Ashton, we started to explode. We rode very well in the beginning, but from Ashton there was a heavy crosswind. Then after the last feed zone at Bonnievale, it was a headwind all the way to the finish. We started losing riders and eventually had to wait for some of the guys to catch up.”

The nature of the Old Mutual Wealth Double Century means that the top racing teams are only vaguely aware of where the competition sits during the race.

Janse van Rensburg confirms that this was again the case at the 2022 race. His DMS & Co were the top-seeded team on the day and so started last, eventually catching their nearest rivals. “We sort of knew where Honeycomb Pro-Cycling and Cycling Friends were in the racing, but it’s hard to tell exactly what’s going on.” 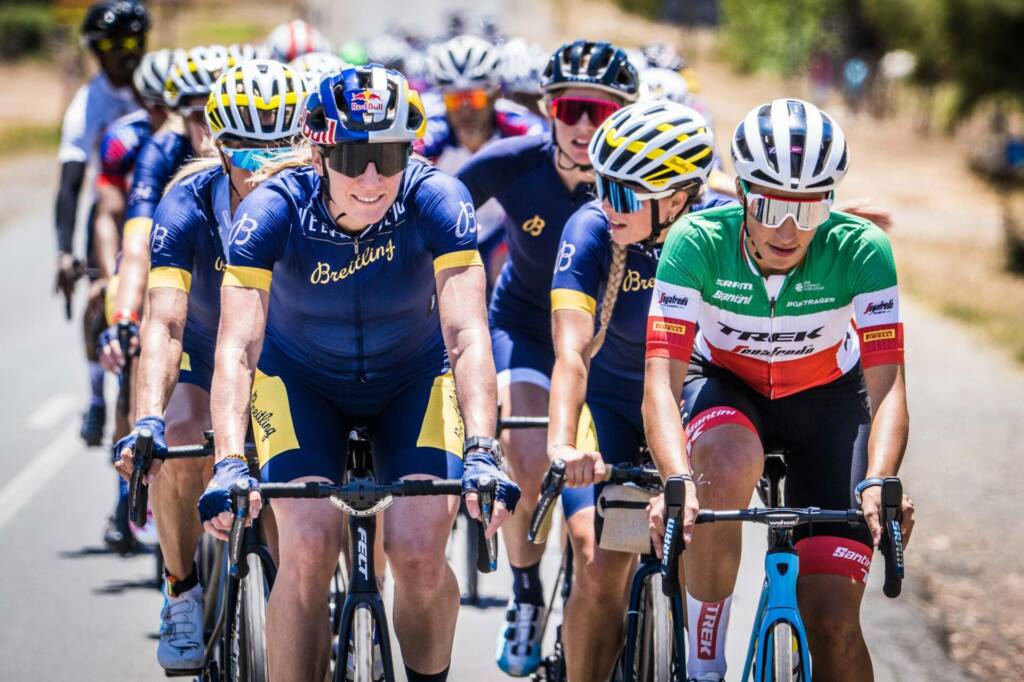 Though the victory took its toll on his team, Janse van Rensburg only had praise for the event. “It’s not an easy ride. The 202km distance is a challenge. But it’s a lot of fun and I really enjoy it. There should be more races like this!”

In the women’s race, winners Reach for Rainbows bolted out of the blocks eager to set a women’s course record. Not all members were quite aligned with the team strategy at the pre-dawn start, with some still nibbling on snacks as their start time drew near while teammates implored them to “get going”. But once they crossed the line, it was flat-out racing.

“Our aim was to set a route record for the women’s race,” said team captain Nicola Walker. “We were on track in the first half of the race, but after Ashton it all fell apart!” Walker says the cross-wind from the 115km mark and then the headwinds to the finish put paid to their record-time chances.

“But it was fine!” added teammate Maroesjka Matthee. “We just put our heads down and pushed on to the finish. We were here for the teamwork and the camaraderie and that’s what we love about this event. Winning the women’s race is very satisfying and I think now it’s definitely time for some champagne!”

In the mixed race, Private Client Holdings Mixed rode a perfect race from start to finish. The team was in sync from the minute they crossed the start line, said team member Justin Chesterton. “It was tough! It was my first Old Mutual Wealth Double Century, so to win is amazing,” said Chesterton. “The strategy was to keep it in check in the first half and then really focus on the racing after the halfway mark. We saw that some teams were stronger than we thought, but we stuck to our plan and luckily everyone in the team had a great ride today.” 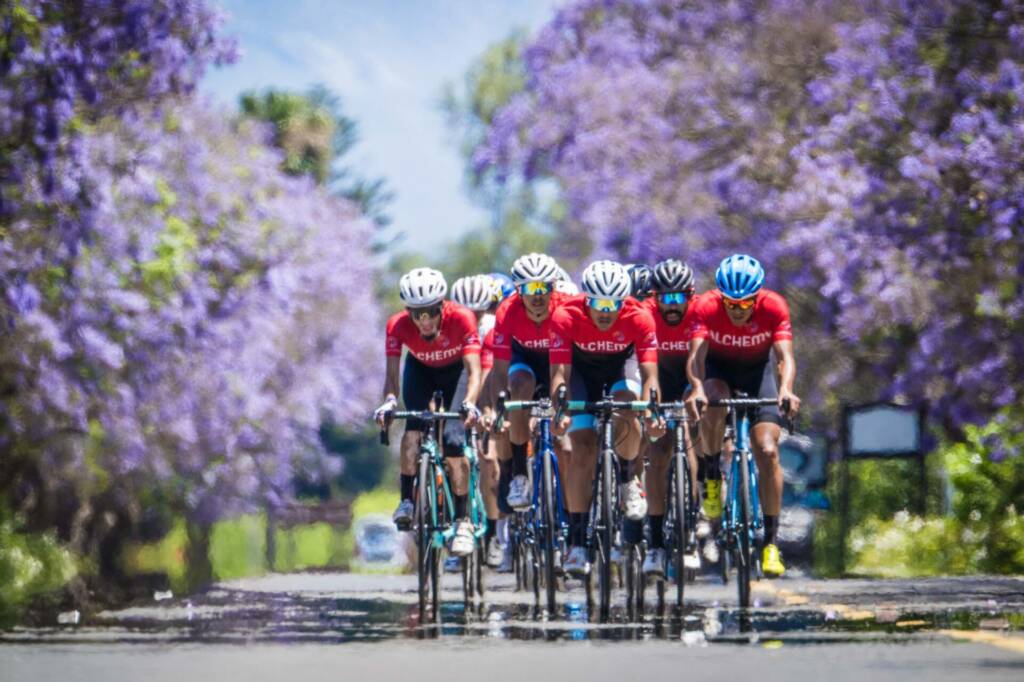 The Jacarandas were in full bloom, adding a splash of purple to the lush greens and pale olive hues of the exceptionally scenic route. Photo by Tobias Ginsberg. 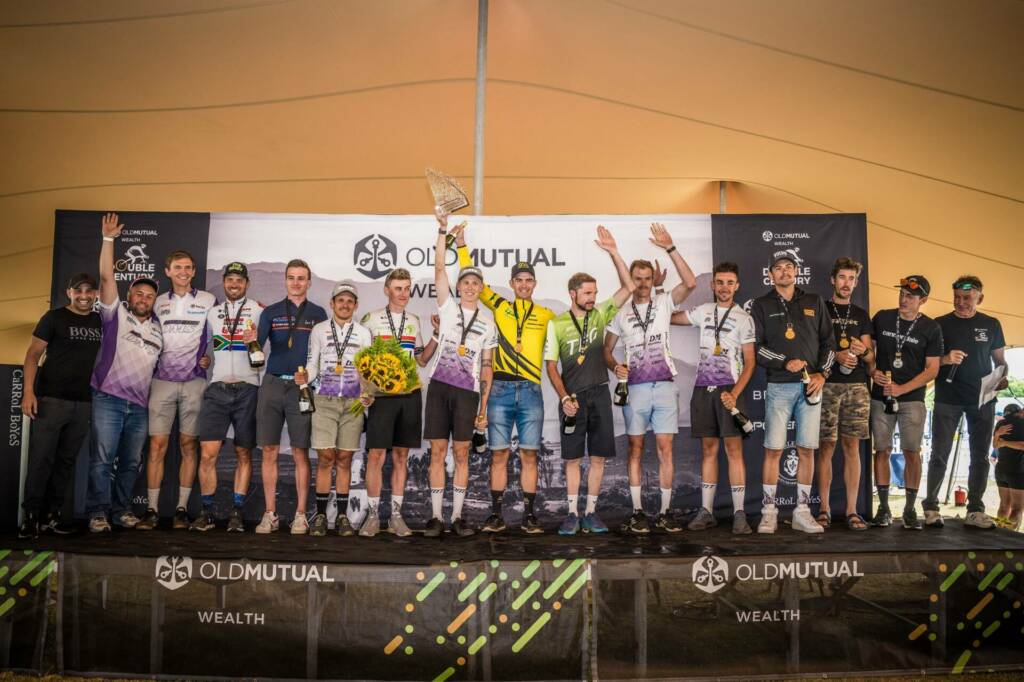 The DMS & Co team won the 2022 Old Mutual Wealth Double Century in a time of 4 hours, 40 minutes and 21 seconds. Photo by Tobias Ginsberg.