Though keen to join the #SouthernCampout fun, and ride his bike to go camping, Seamus Allardice and his friends, Andrew Robb and Jacques Rademan, weren’t keen on carrying all their gear into a headwind – so they took the easy option and roped in a support crew. 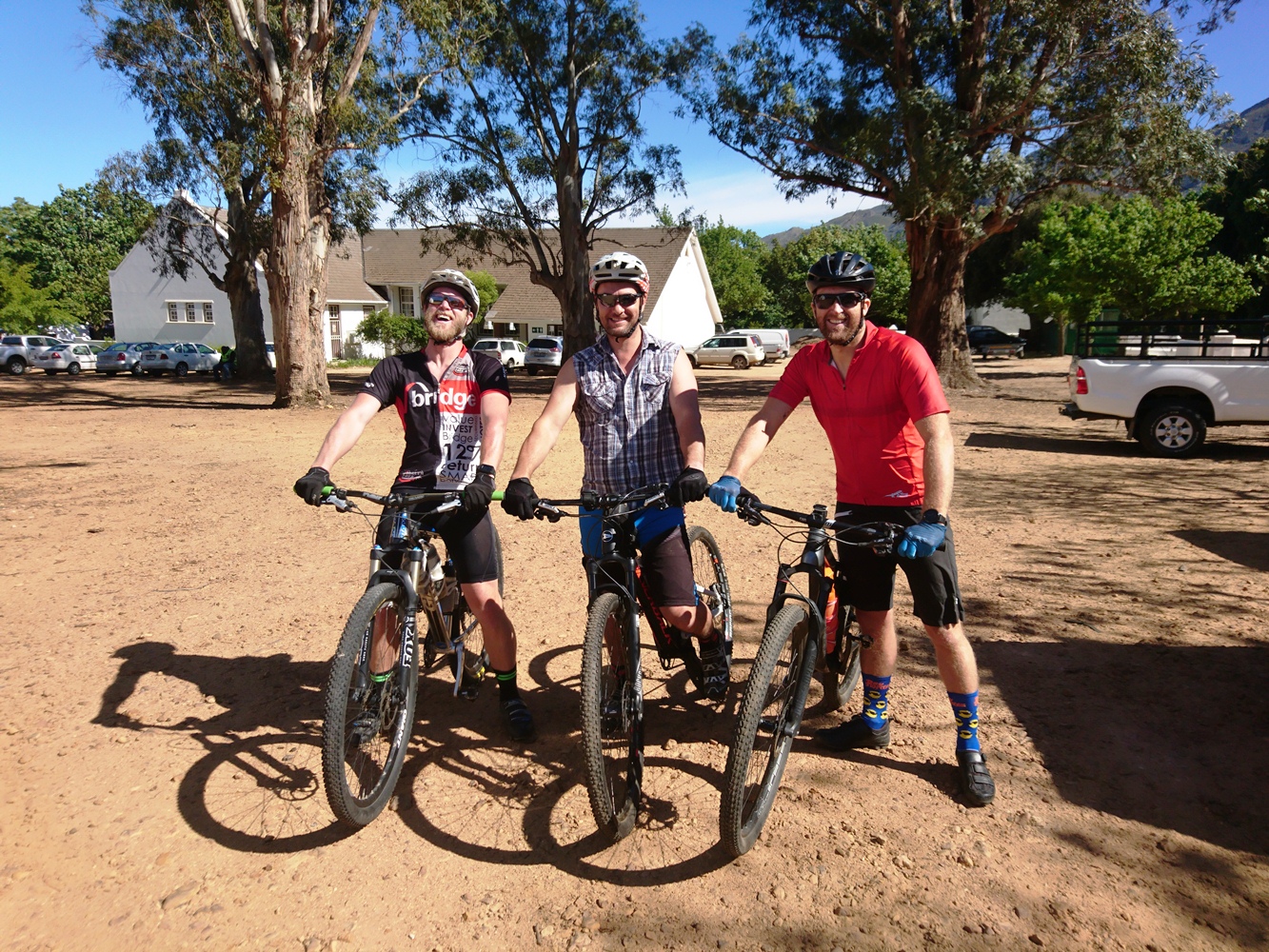 With a South Easterly wind howling there weren’t any objections from the group when they gathered in Franschhoek on the morning of the 20th of October ahead of the 70 odd kilometre ride to the Rivierplaas campsite on the Breede River. Panniers, backpacks and frame bags would have made things unnecessarily difficult when Jacques’ girlfriend, Imke Booysen, was on hand to drive all the camping gear, cold beers and other odds and ends to our destination rather. As it was battling the cross winds on the Franschhoek Pass was intimidating enough without the additional drag of big bags. 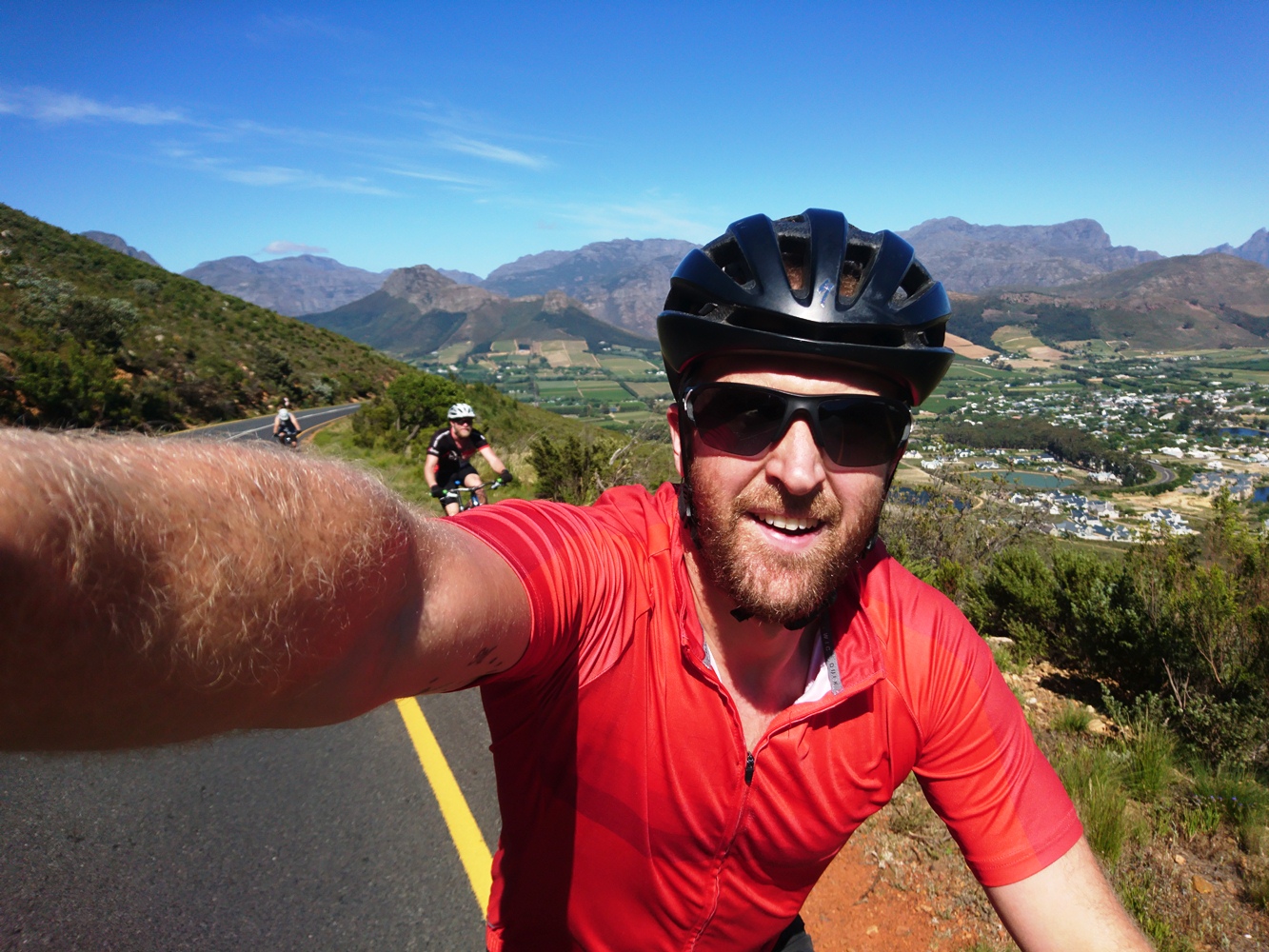 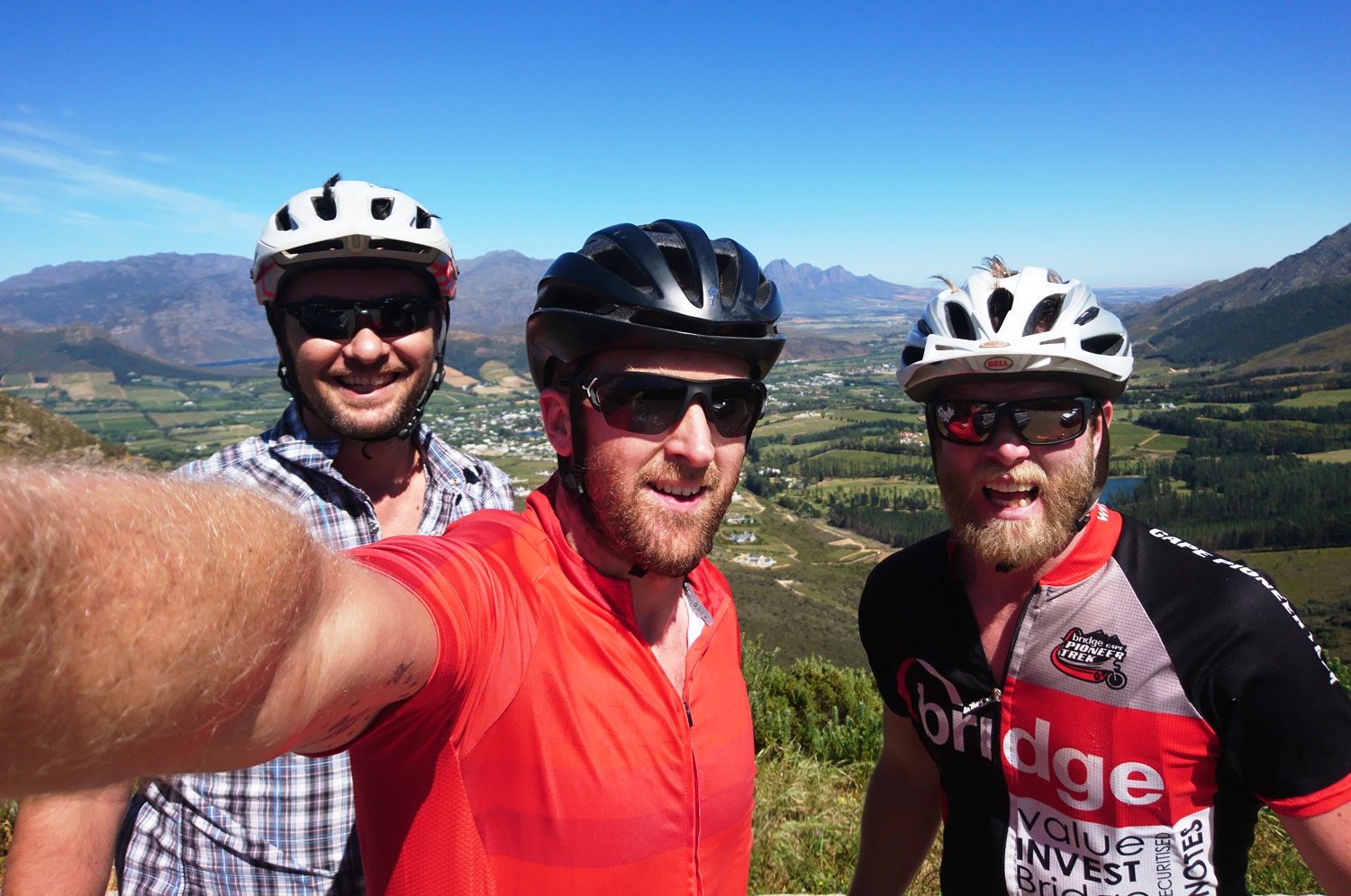 Top of the Pass, top of the world. And in the teeth of the wind… 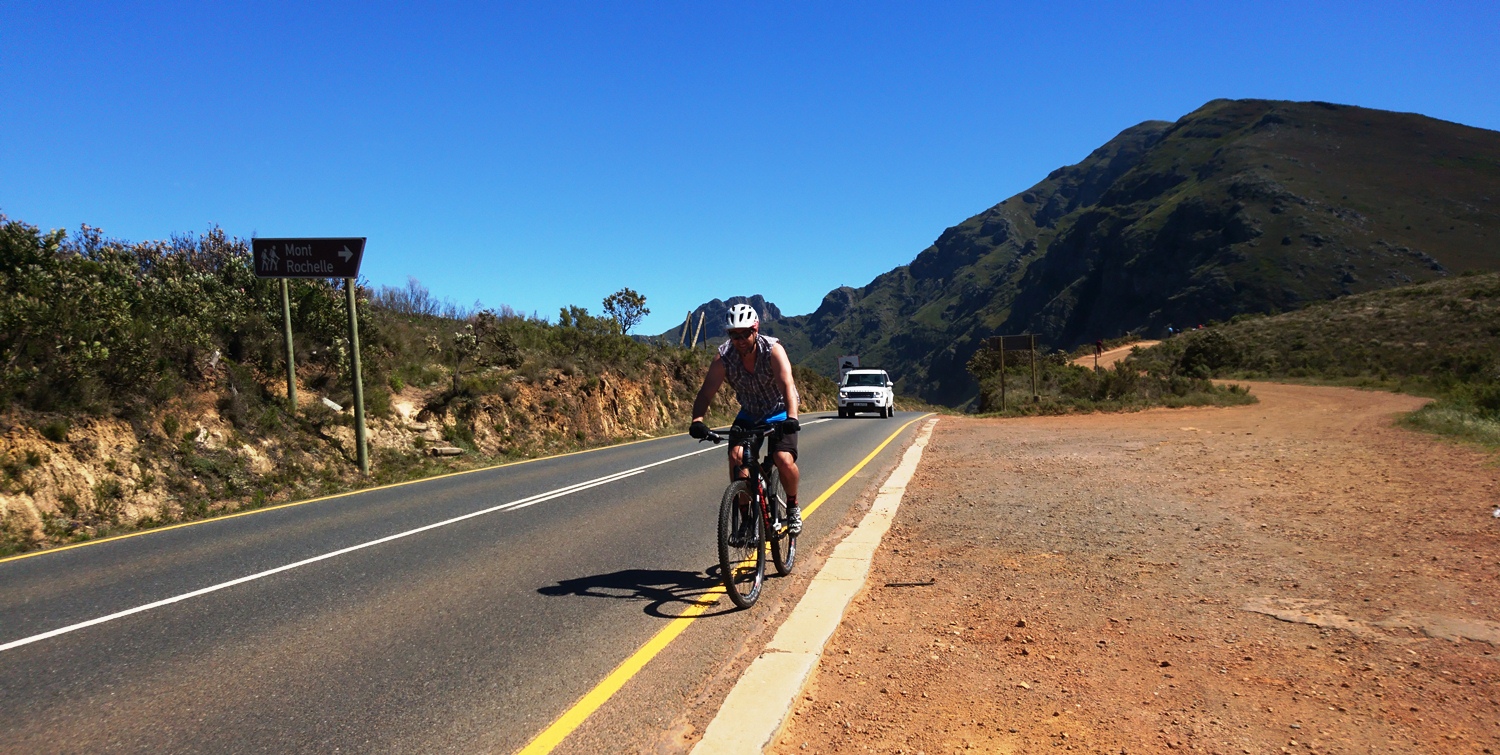 Still any day spent on a bike is a good one and setting a leisurely pace the wind didn’t dampen the group’s spirits. From the top of the Franschhoek Pass we rode into the teeth of the wind along the banks of the Theewaterskloof Dam, stopped in Villiersdorp for an early lunch and then descended the pass into the Raterivier Valley, on the road to Worcester. Here we diverted off the tar and onto the quite gravel roads. Striking out through the vineyards we passed Doorngrivier – which is basically a bottle store and post office in the middle of nowhere – after having conquered a fantastic gravel road pass through the foothills of the northern marches of the Riviersonderend Mountains. 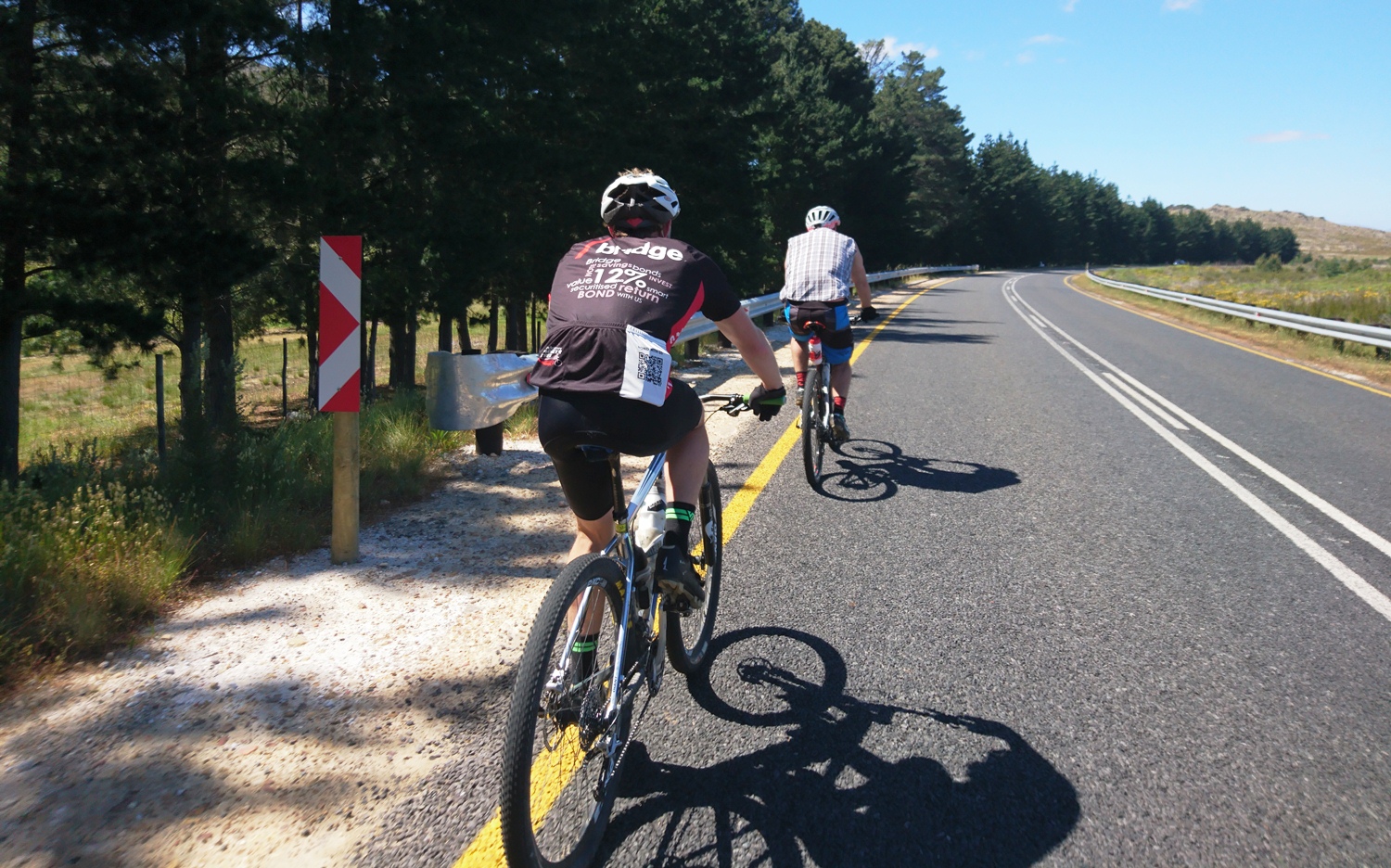 The road to Villiersdorp doesn’t have much of a hard shoulder so you have to stick close to the yellow line. 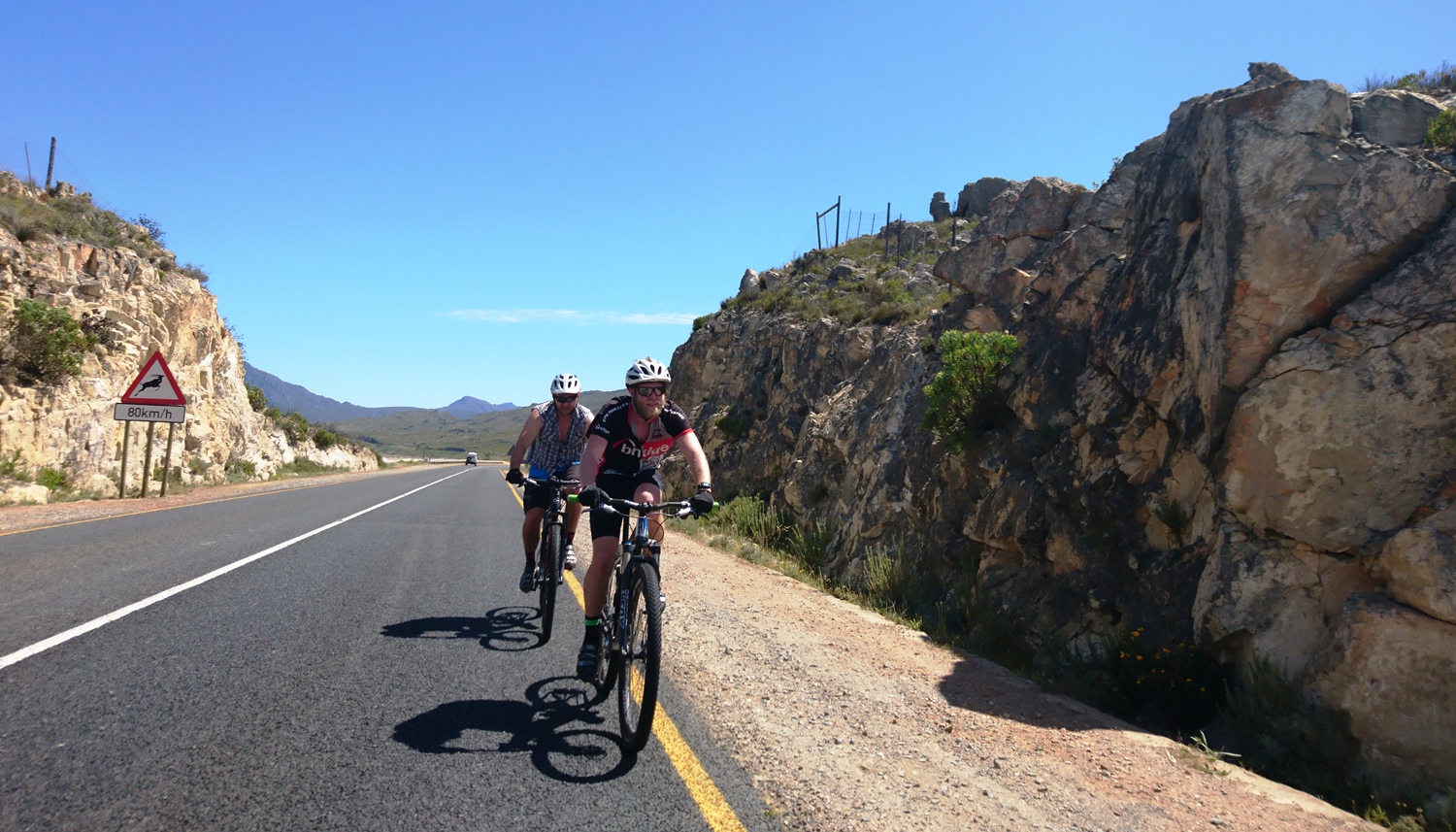 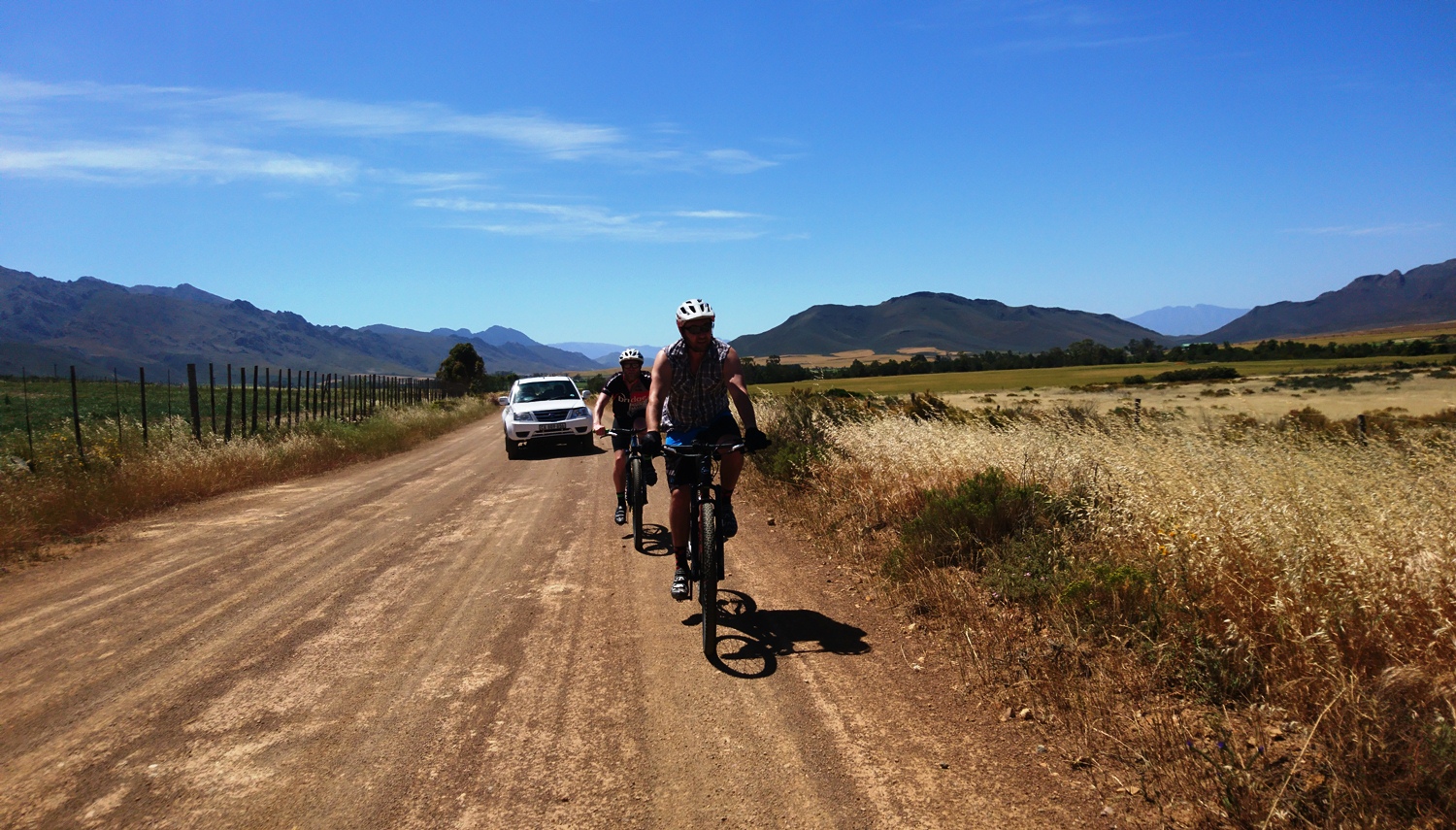 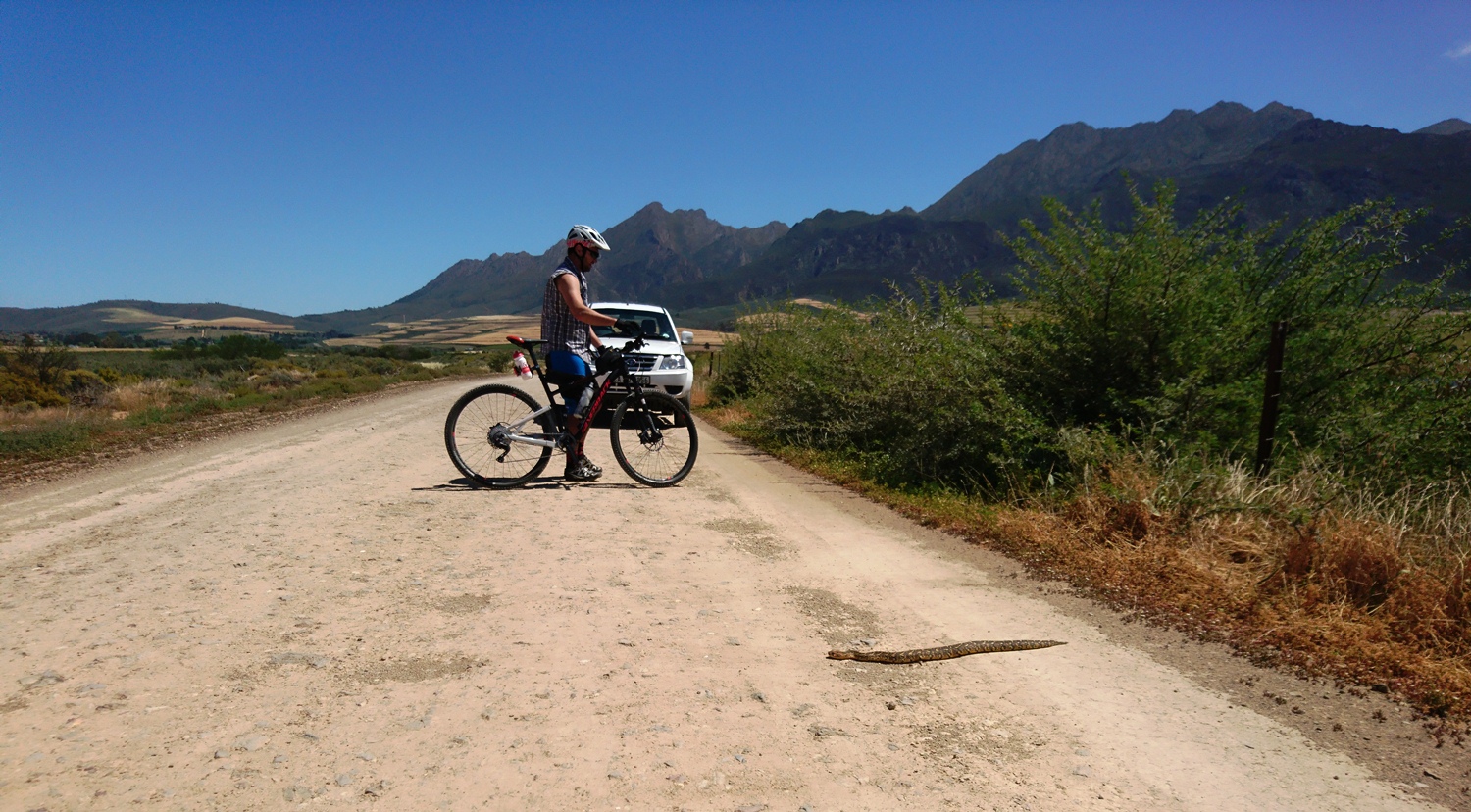 Jacques contemplating if he should grab the braai tongs and remove the puffadder from the road. 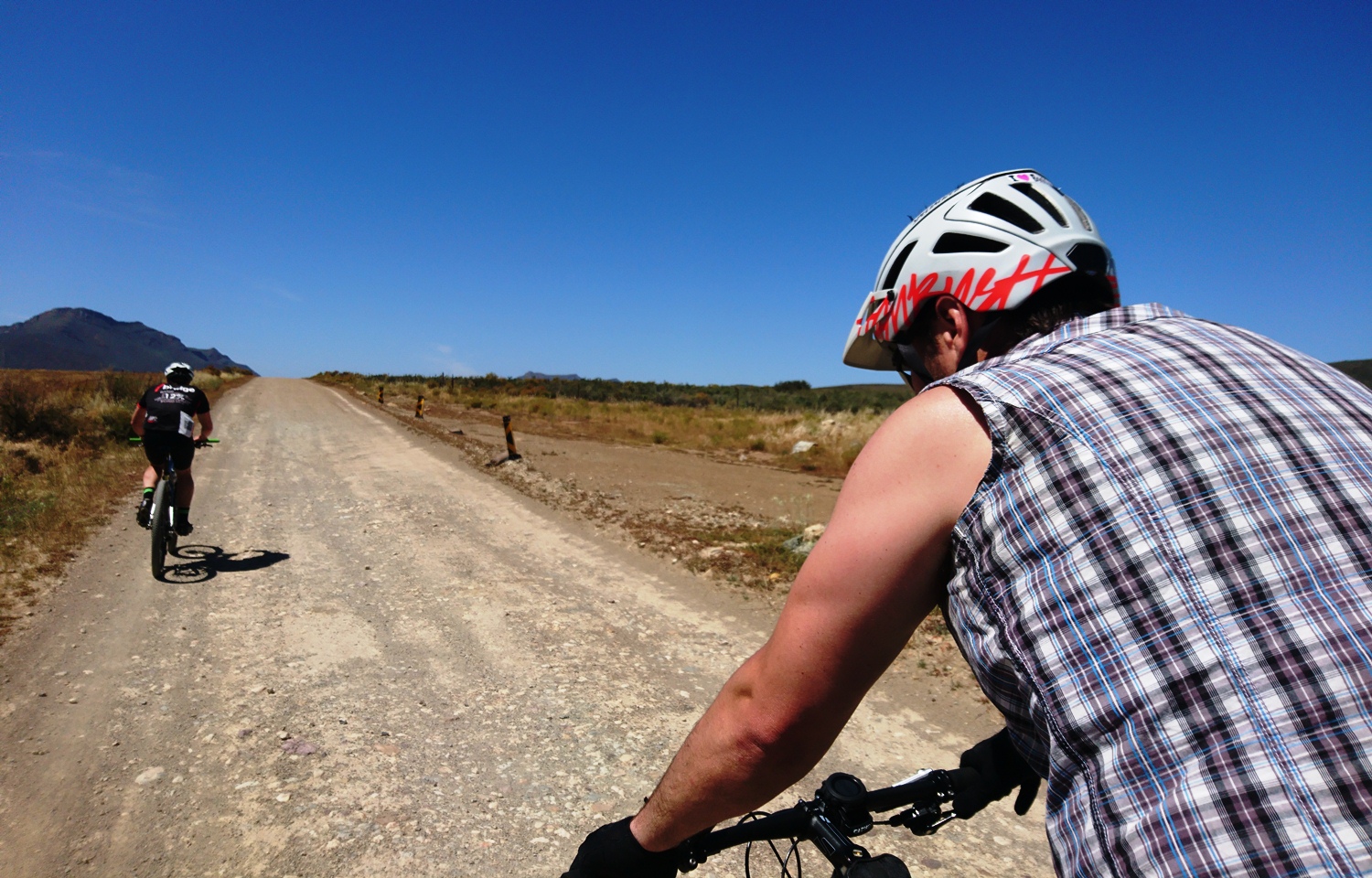 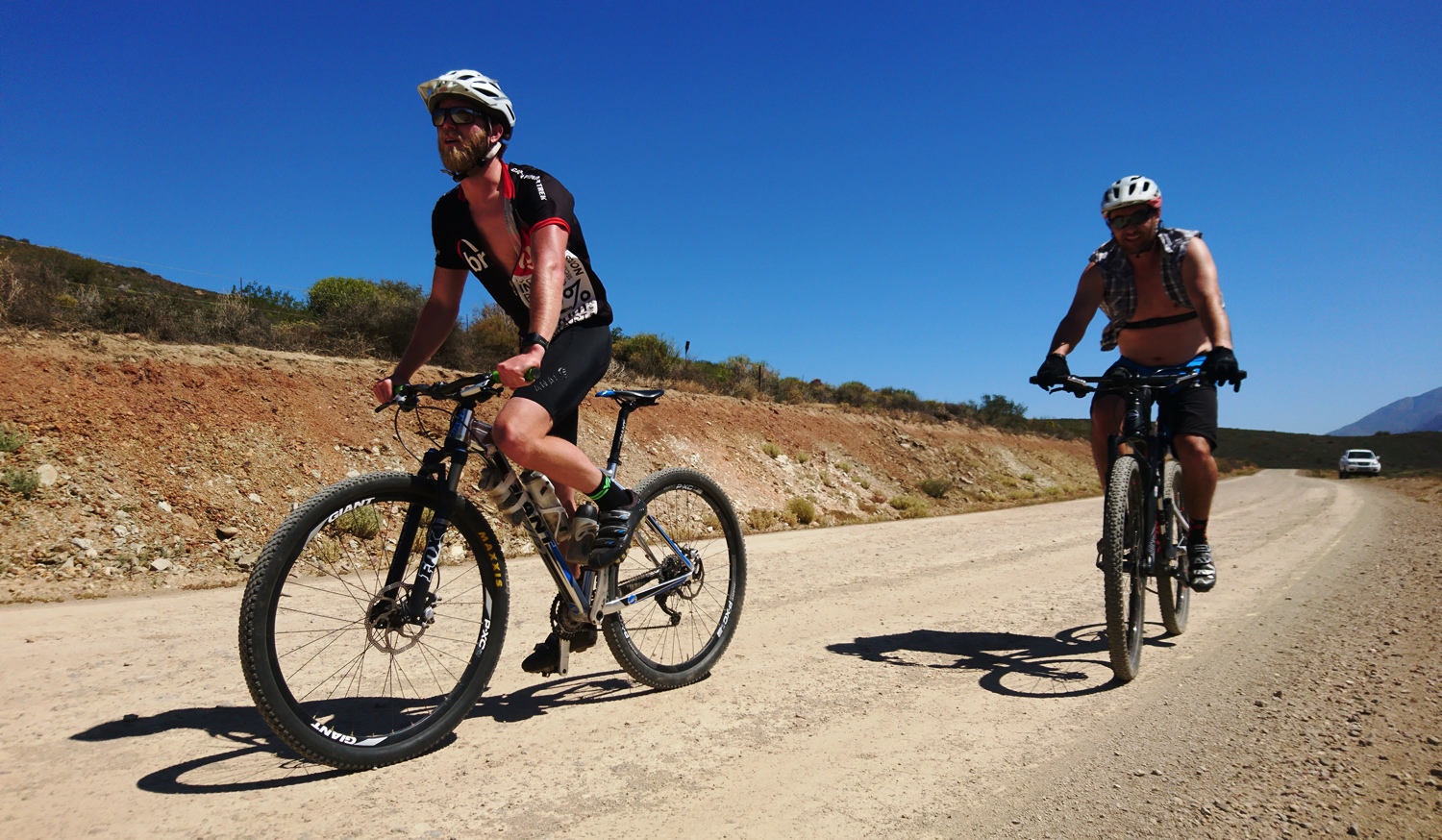 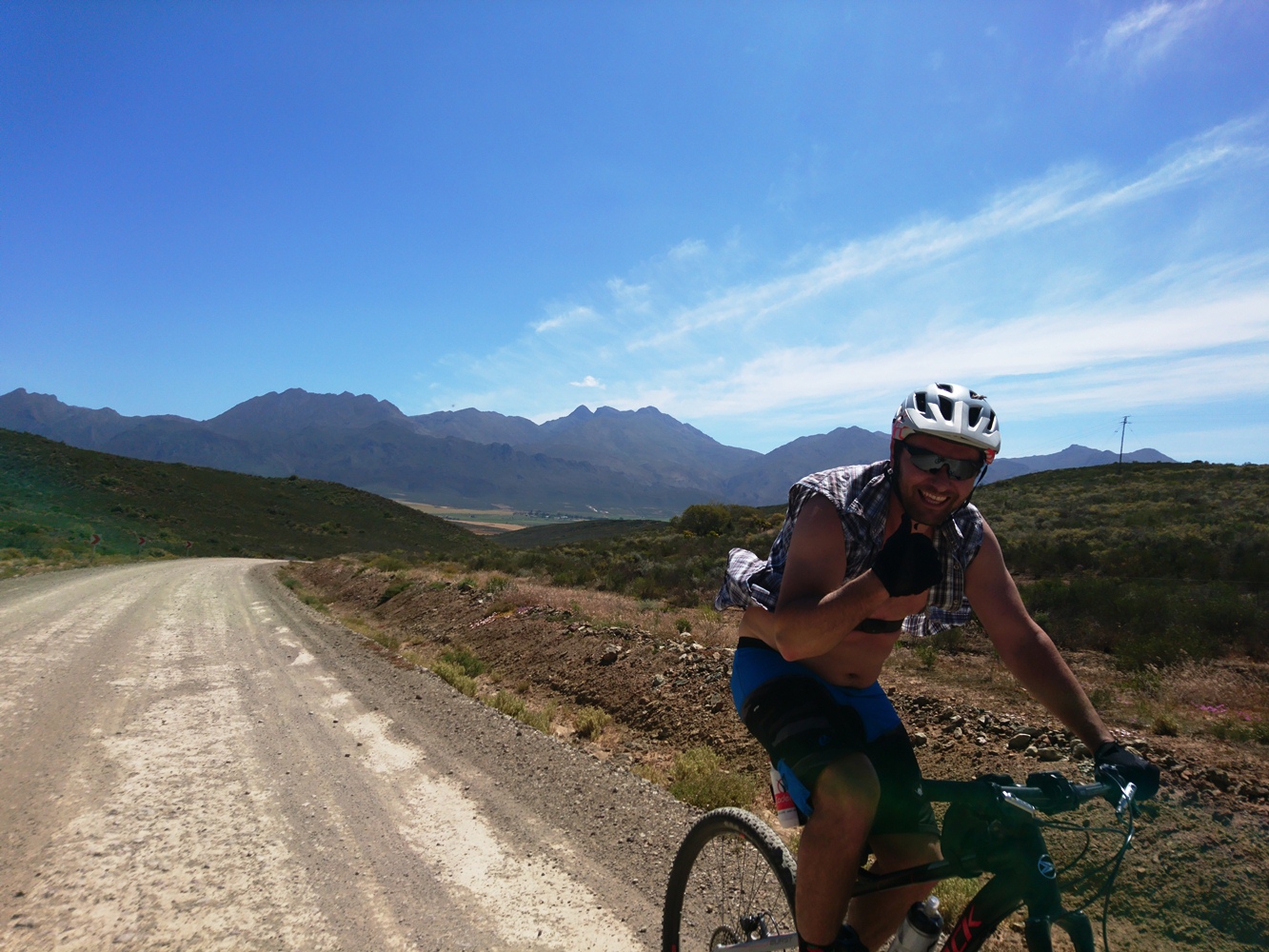 Look at those views over Jacques’ right shoulder. The wind aside it was a beautiful day on the bike. 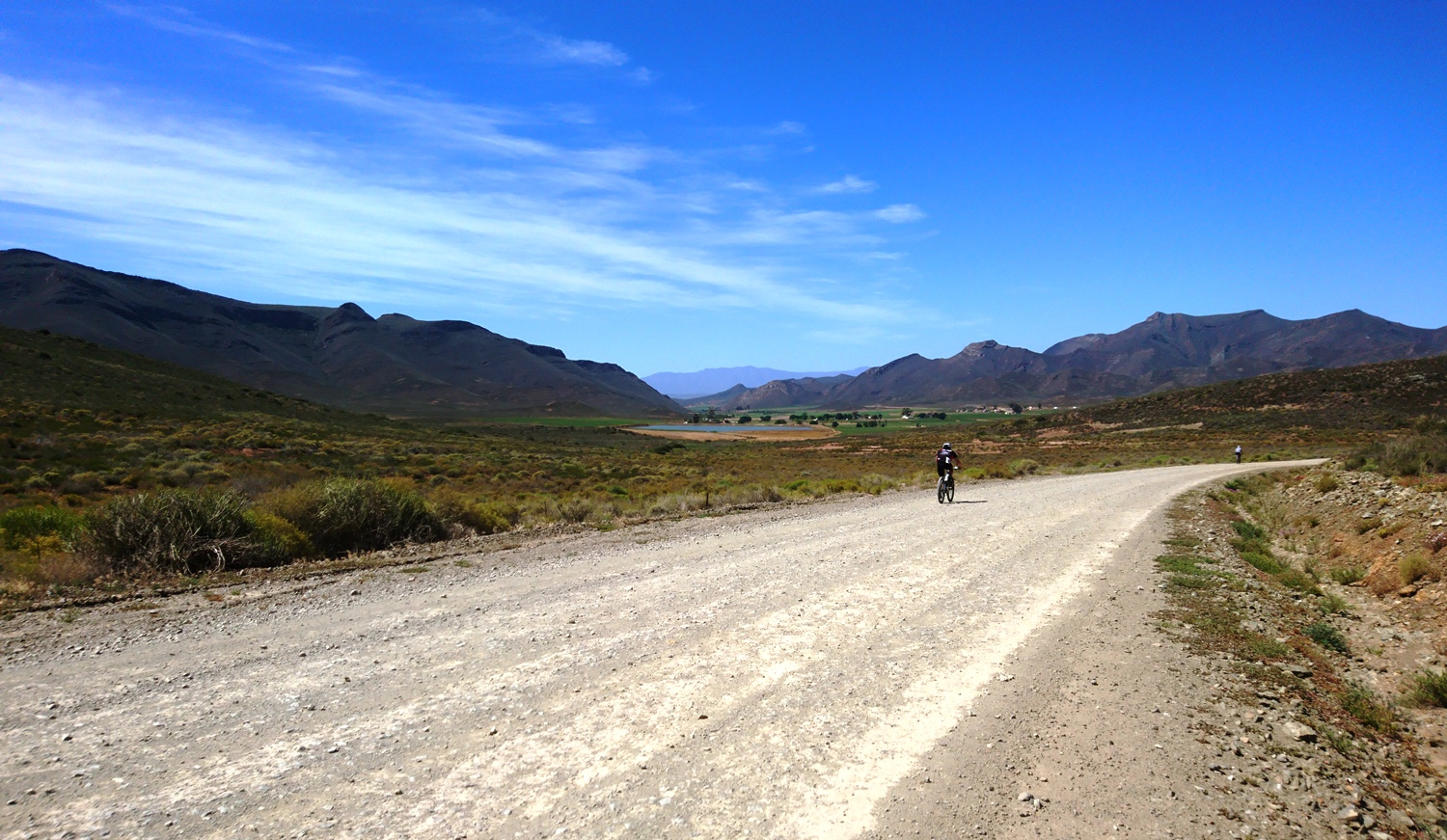 Descending towards Doornrivier and the Breede River Valley beyond.

In dust we trust.

The final few kilometres to Rivierplaas were mercifully flat but once again straight into the teeth of the wind, which was rising as the afternoon wore on. Somehow Google Maps had foreshortened the total distance of the ride by over 10 kilometres so the lack of climbing in the closing kilometres were appreciated by Jacques in particular. He was even happier when we rounded a bend in the road to see Rivierplaas on our left. 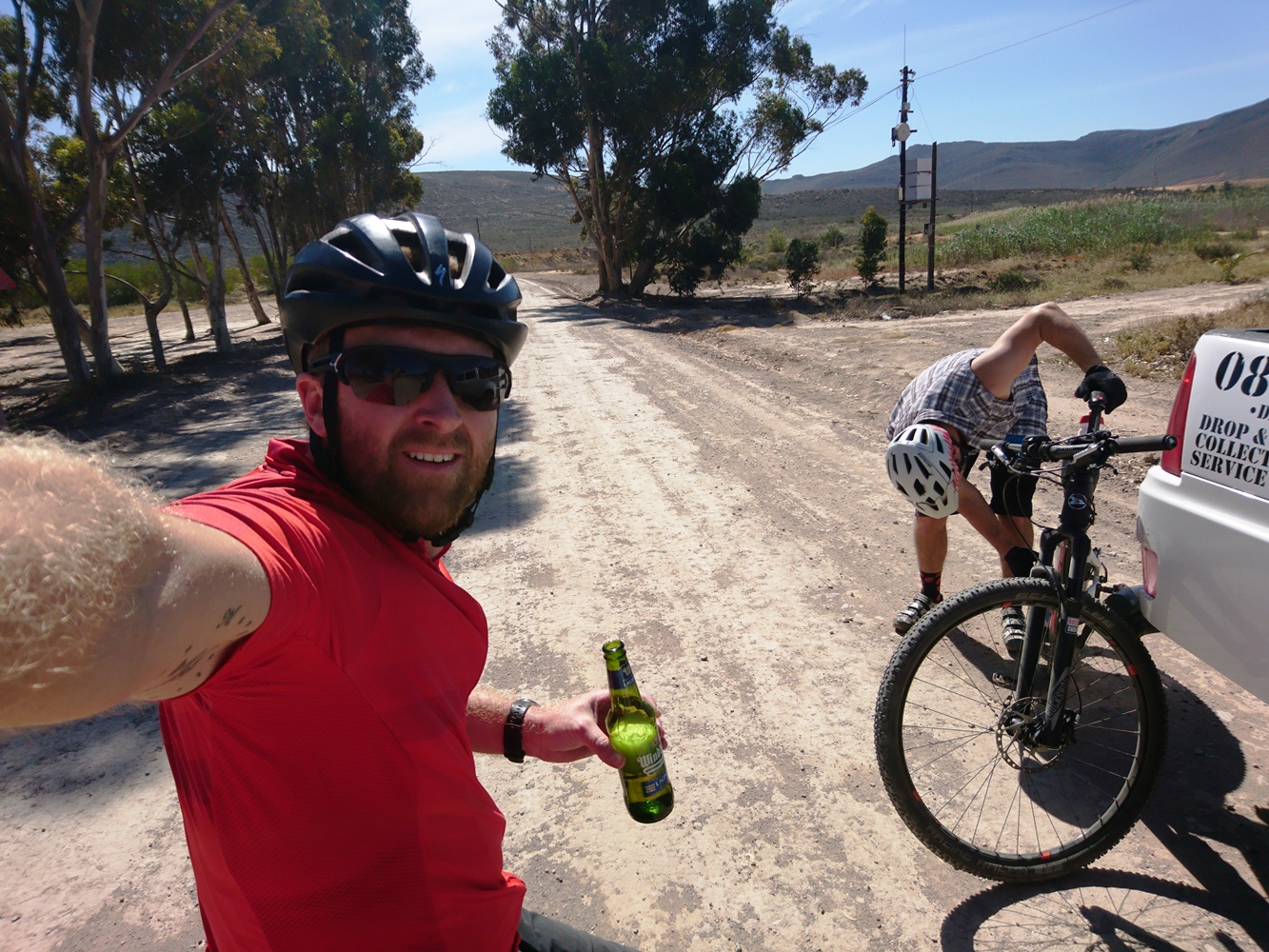 Road beers as hydration for the final 5 kilometres. 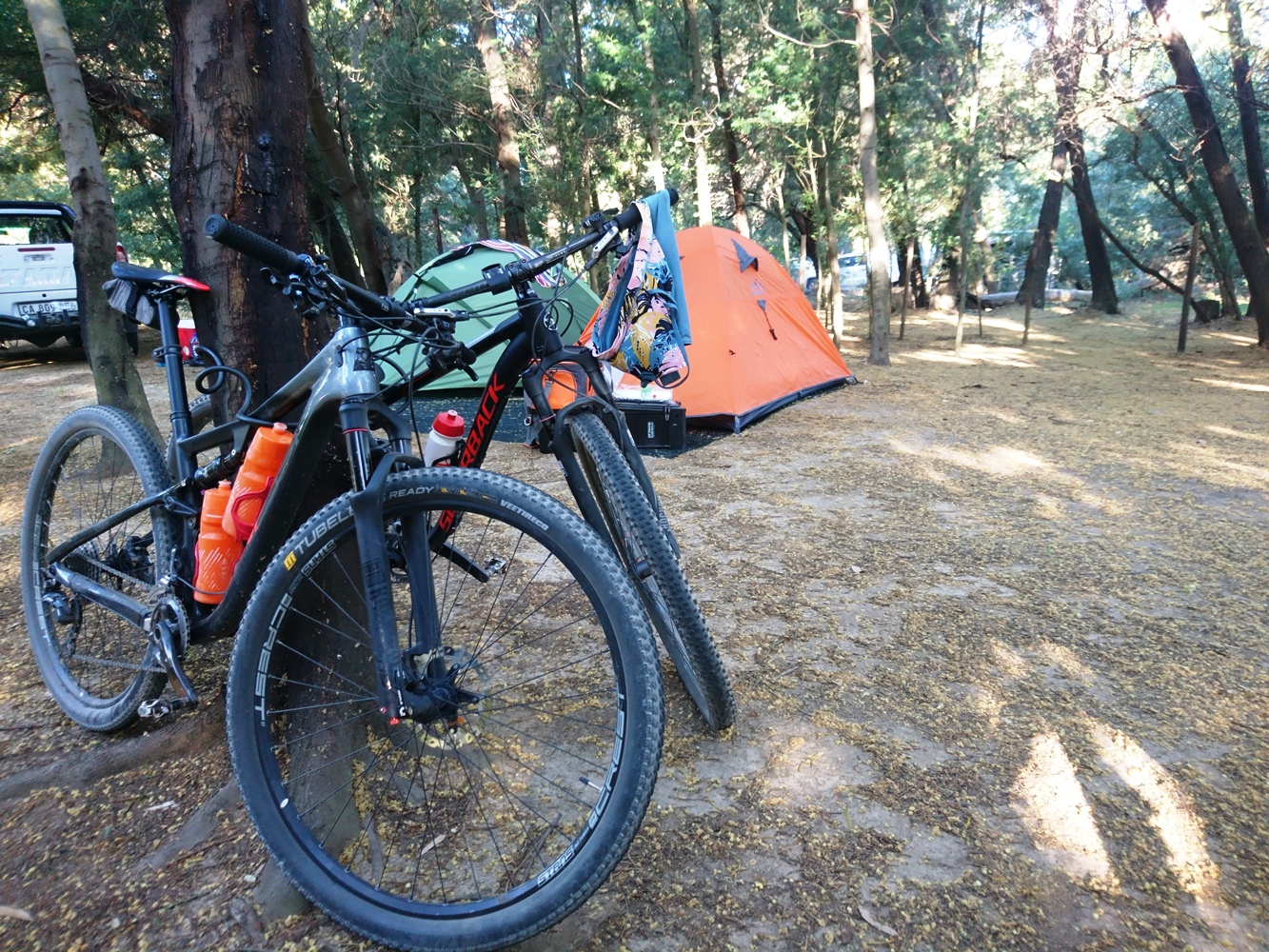 Setting up camp at Rivierplaas. Out of the wind and on the banks of the Breede River.

After some faffing with tents, ground sheets and post-ride beers we were set-up for the night. And the relaxing could begin in earnest… content in the knowledge that unlike our fellow #SouthernCampout’ers we would not need to cycle home the following day. Lazy? Most certainly. But sometimes taking the easy way is just a little more fun.