The defending champions, of the Momentum Health Tankwa Trek presented by Biogen, Cannondale Factory Racing team will return to the Koue Bokkeveld in 2020.  Manuel Fumic and Henrique Avancini line-up, at Kaleo Guest Farm on the 6th of February as the five-star favourites. With Team BULLS, BH – Wallonie, CST PostNL Bafang, Devonbosch Stellenbosch and a strong South African contingent the German/Brazilian pair rider will have a tough task of claiming matching their 2019 dominance however.

Avancini was arguably the form rider of the last two editions of the race. In 2018 he continued to ride, for training, after Fumic withdrew with a back injury; keeping pace with the top general classification teams. Then in 2019 he stormed to victory, alongside Fumic, by 2-minutes and 54.5-seconds over their Cannondale Factory Racing stablemates Maxime Marotte and Cameron Orr. 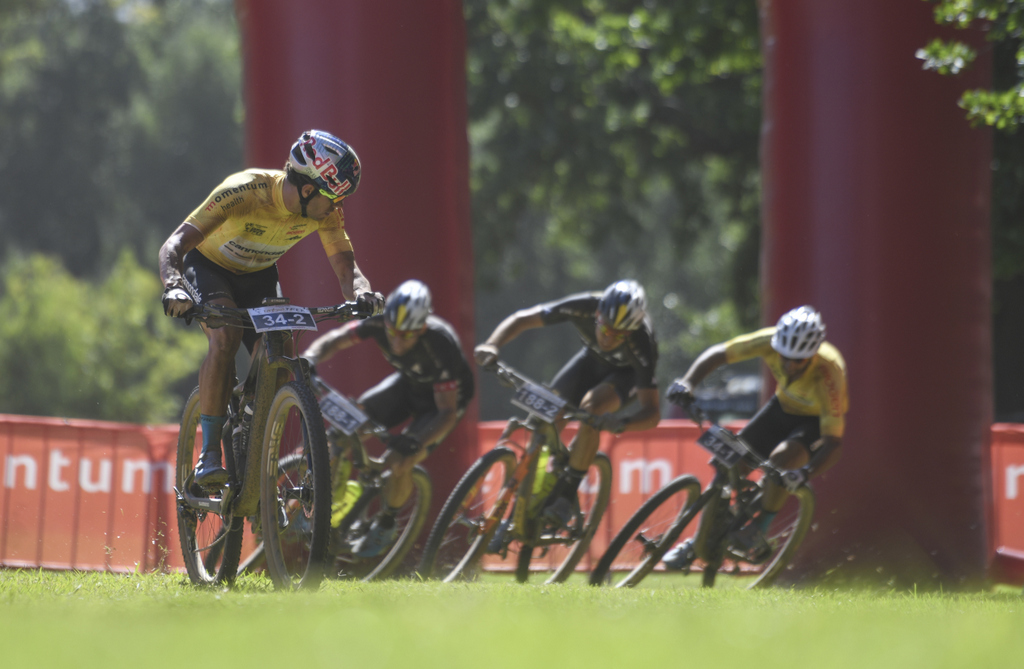 The 2020 edition could well see a rekindling of the 2019 battle between the Cannondale and BULLS squads. Photo by ZC Marketing Consulting.

Marotte is one of the world’s most consistent cross-country campaigners and has twice finished runner up at the Momentum Health Tankwa Trek presented by Biogen. His 2019 partner, Orr, returns for a second bite at the Bokkeveld apple (the mixing of metaphors is derived from the region’s primary agricultural export). The 20-year-old Brit once again joins the experienced French star in support of Fumic and Avancini.

Cannondale Factory Racing may well need that support as Team BULLS are sending a stacked three-team line-up to the UCI S1 categorised stage race. The BULLS Legends are represented by two former winners, 2018 champion, Alban Lakata and Karl Platt, the 2017 and 2016 champion. They will have the BULLS Heroes, led by Platt’s 2017 and 2016 partner, Urs Huber and Simon Stiebjahn to punch and counter-punch off. The two experienced BULLS squads have raced the trails of the Momentum Health Tankwa Trek presented by Biogen so many times that they know the routes better than the South African riders. 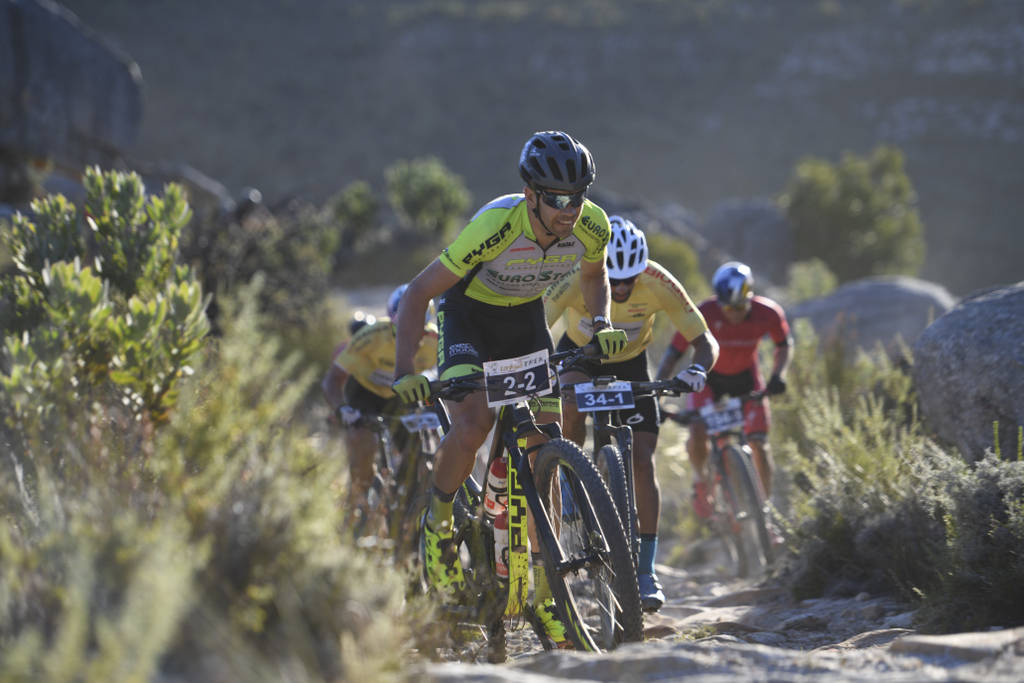 PYGA Euro Steel have historically been South Africa’s top stage race performers and will be looking to take the fight to the international riders. Photo by ZC Marketing Consulting.

Martin Frey and Simon Schneller, of the BULLS Youngsters, complete the BULLS line-ups and are riding primarily in support of the Legends and Heroes teams. They will have a major role to play if the talented debutants Sebastian Fini and David Nordemann, of CST PostNL Bafang, can acclimatise to the rocky terrain and blistering African heat. The Devonbosch Stellenbosch combination, of Frans Claes and Soren Nissen have stage race experience aplenty and should challenge for a podium position. While BH – Wallonie’s Sebastien Carabin and Pierre de Froidmont along with Gerben Mos and Rob van der Werf, of Giant – Backdraft, conclude the stellar European line-up.

The South African teams are not only competing for the overall title and the race’s significant prize purse. First place on the general classification, after four stages of racing, will net the winners R80 000. Which could be supplemented by the R25 000 prize for the first all-South African team overall and the R10 000 King of the Mountain prize; for the first team to reach the summit of the infamous Merino Monster on Stage 3. 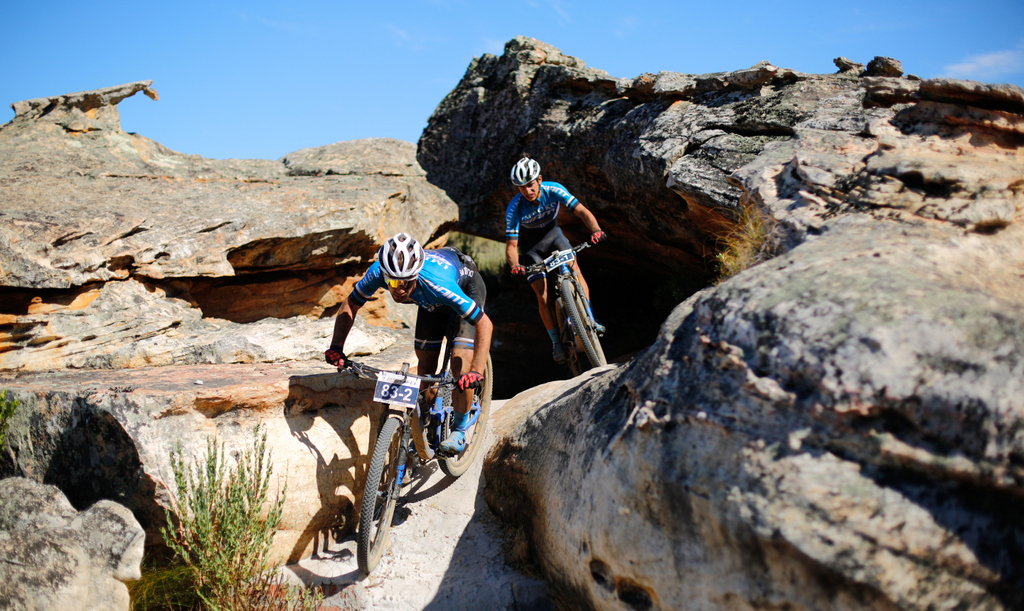 There is a R25 00 prize for the first all-South African team on the overall classification, an honour won by Imbuko Giant in 2019. Photo by ZC Marketing Consulting.

PYGA Euro Steel are arguably the favourites among the local teams. Philip Buys and Matthys Beukes have the stage racing pedigree to demand the respect of the other South African teams. They will once again be supported by PYGA Euro Steel 2’s Pieter du Toit and Philimon Sebona. Gert Heyns and Arno du Toit, of DSV Pro Cycling, are established rivals to Buys and Beukes’ crowns as the kings of the national stage race scene.

The highest placed South African team, from the 2019 Momentum Health Tankwa Trek presented by Biogen, Nicol Carstens and Marco Joubert, of Imbuko Giant, will be fired up to race for a spot on the overall podium in 2020. Though they will have to contend with the road racers returning to the mountains, Jaco Venter and Jacques Janse van Rensburg. The First Move riders had stellar results in the Momentum Health Attakwas Extreme presented by Biogen in January. Venter and Janse van Rensburg placed 13th and 18th respectively, after struggling with punctures, in exceptionally challenging weather conditions. They will however be looking to improve on that showing and anything beyond a top ten finish will surely be regarded with disappointment. 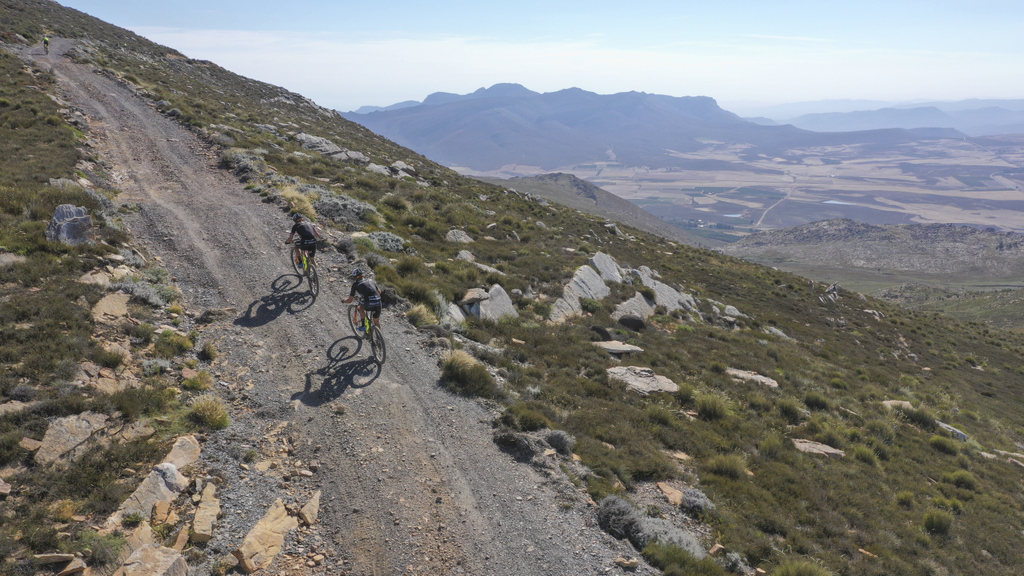 The first team to summit the Merino Monster, on Stage 3, will be rewarded with a R10 000 King of the Mountain prize. Photo by ZC Marketing Consulting.

Outside of the main favourites Namibians, Alexander Miler and Tristan de Lange will be dangerous outsiders for DANSTE Racing / Megatech. As will the Insect Science Pro team of Keagan Bontekoning and Alan Gordon. The Darkhorse Wheels Pro Cycling combination of Shaun Nick Bester and Alexandre Vialle complete the elite men’s line-ups.

Mountain biking fans can follow the action live from the 2020 Momentum Health Tankwa Trek presented by Biogen on the race’s Twitter handle, @tankwatrek. Racing updates will be posted throughout the four stages, starting from registration on the morning of Thursday, 6 February. Stage 1 starts at 15:00 on the same day as registration, thereafter the racing gets underway at 06:30 daily. 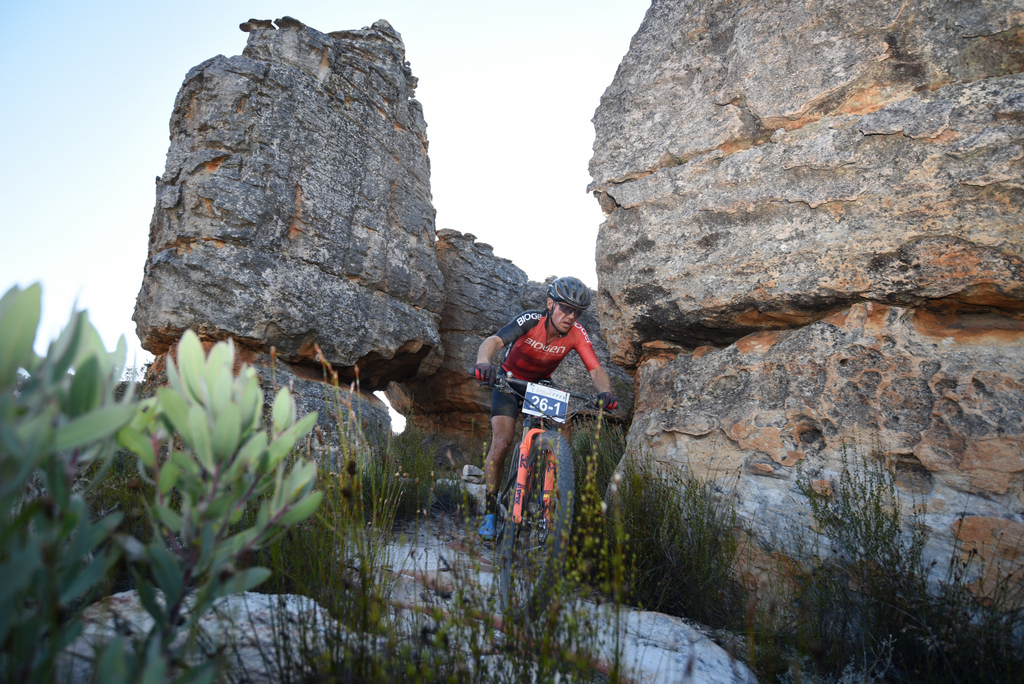 The Momentum Health Tankwa Trek presented by Biogen is famous for its incredible, but highly technical, singletrack riding. Photo by ZC Marketing Consulting.

For more photos and videos from the race follow @tankwatrek on Instagram and like the Tankwa Trek Facebook page. All the details of the 2020 Momentum Health Tankwa Trek presented by Biogen can be found online at www.tankwatrek.co.za.

Read all about the elite women’s field at the 2020 Momentum Health Tankwa Trek presented by Biogen here.