The world’s largest three-day mountain bike stage race, the KAP sani2c, is set to be the highlight of a COVID-19 stricken 2020 race calendar, as South Africa’s best marathon mountain bikers battle it out for the title. The tough 265kms of racing between Underberg and Scottburgh in KwaZulu-Natal takes place next week from 3-5 December, on a smaller scale to comply with COVID-19 regulations.

In the men’s Race, last year’s winners Matthys Beukes and Phil Buys (PYGA Euro Steel) will be looking to retain their title, with the DSV Pro Cycling team of Arno du Toit and Gert Heyns challenging them over a tough three days of riding.

The PYGA Euro Steel team will be completed with the pairing of young Pieter du Toit and guest to the team Francois Theron, a skilled and experienced rider. Beukes says the team is ready for sani2c: “It has been a very challenging year. I came out of lockdown in good form but then struggled with illness. I am feeling strong again and am looking forward to some good racing after this strange time.” 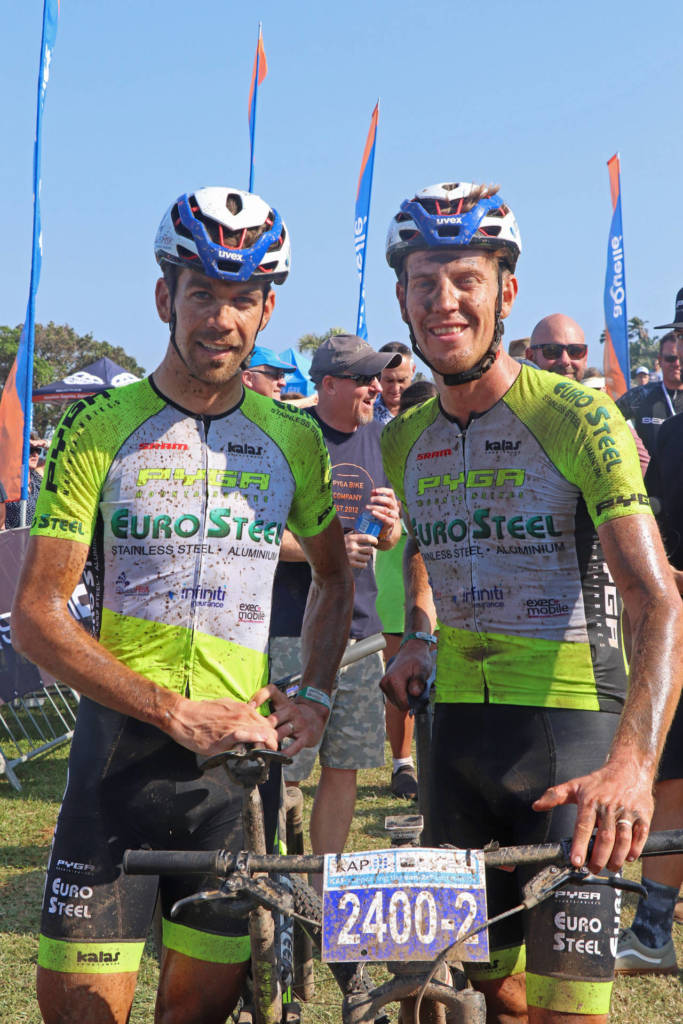 Arno du Toit recently placed third at the XCO Championship in Stellenbosch and says that he and Heyns expect to be in top form and will be looking to take the top spot: “We have always placed a strong emphasis on sani2c, and especially after so little racing this year, we will be pushing for the win. We are very much looking forward to the vibe of sani2c.”

Another pair to watch will be Timo Cooper and Shaun-Bick Bester of Darkhorse Wheels Pro Cycling. Cooper was previously retired and since last year has made a comeback to professional cycling. He says: “Shaun-Nick is flying at the moment. I will be hanging on. We understand each other as riders and individuals though and we will make a great team for sani2c.”

Insect Science is fielding two teams, with Alan Gordon (fresh off an overall win at the recent Sabie Xperience stage race) riding with CP van Wyk. Keagan Bontekoning will ride with Absolute Motion’s Brendan van Eeden, a young rider who has had a spate of wins since racing resumed.

Gordon last did sani2c four years ago : “We have had a good season with what little racing we have done, with some good results, and we will definitely be aiming for the podium.”

In the women’s Race, dormakaba will be represented by Robyn de Groot (who won the title with Sam Sanders last year) and Amy McDougall. The formidable pair of Sarah Hill and Theresa Ralph (Galileo Risk Infiniti) who placed second last year, will be strong competition for dormakaba, and the young Absolute Demacon team of Kim le Court and Frances Janse van Rensburg will be looking to make their mark in their first stage race together. 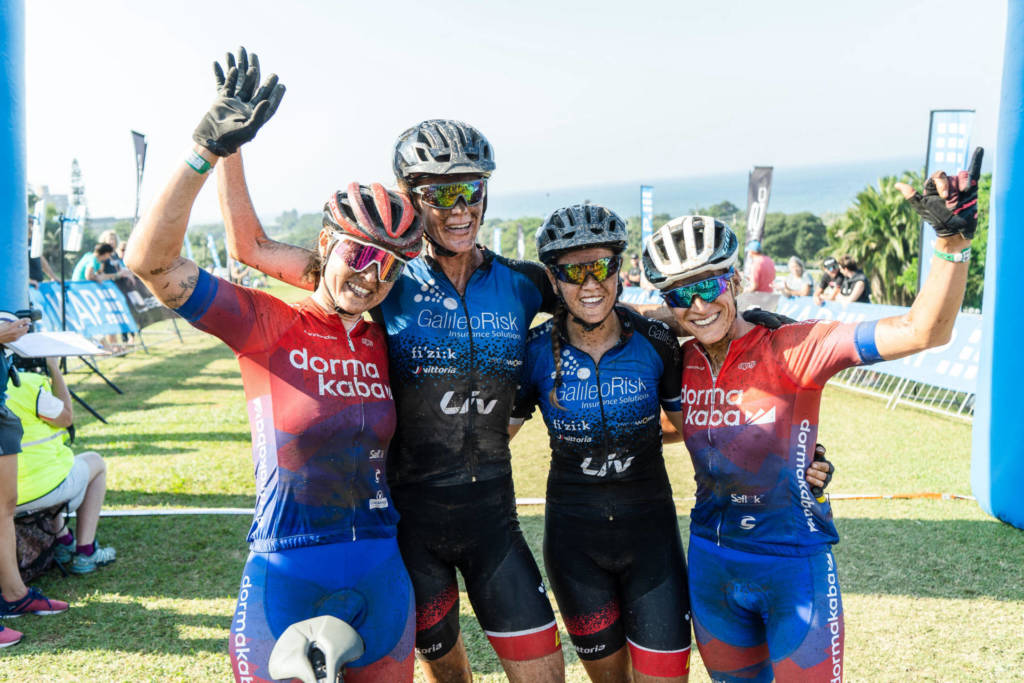 De Groot, who placed fourth at the UCI MTB Marathon World Championships last month, says that she is excited to be back doing a stage race, the first since lockdown: “We are embracing the fact that we can do stage racing again, and we know how important the event is for the communities. Doing sani2c in December throws in a whole new season and it could be hot and humid, and possibly rainy, so it could make for interesting conditions.”

McDougall says: “It’s been a crazy year but we have thankfully had the opportunity to race a lot since September,” says McDougall. She was on the podium in four of the recent Trailseeker Series events, placed fourth at SA XCO Champs in Stellenbosch and took first place in last month’s Cradle Mountain Trophy.

“Robyn is flying at the moment and I feel my form is good enough to fill Sam’s shoes and keep the title in dormakaba’s colours. That being said there are some strong ladies racing against us and also, anything can happen in mountain biking with regards to mechanicals etc.”

“Kim Le Court and Frances Janse van Rensberg are racing as a team which is exciting! They have both shown good form in this year’s Trailseeker series and Frances just won U23 XCO Champs. It will be great to have a strong field with exciting racing.”

Sarah Hill, after contracting COVID-19 in August, has recovered well and she came first at the Sabie Xperience: “I am slowly starting to feel myself again and I am looking forward to racing this year’s sani2c on form and ready for action. Theresa is riding well and really strong which is a pleasure to have. Her consistency and team element is something that inspires me every day.”

Kim le Court says: “Me and Frances have never raced has a team before, we are both young and super excited for this race. We are looking to get a podium, and honestly it’s our first stage race event ever, so we are really just wanting to go there to give it our best and come out knowing we gave everything.”