To Hell and Back: The Legend Continues

To Hell and Back: The Legend Continues

The 26th edition of the original South African mountain bike stage race, To Hell and Back, took place in mid-November 2020 and was dubbed the Phoenix Edition. With Covid-19 and in the wake of a fire which swept through Gamkaskloof in December 2019 the event had to be adapted. A new race village in the kloof and strict health protocols ensured that the legend continued. Evolving from a quarter of a century of mountain biking history to celebrate the past but showcase a model for success in these interesting modern times, with the support of WesGro.

It had been clear to the race organisers, EcoBound, that they would need to change the To Hell and Back formula for the 2020 race before Covid-19 changed the world. This change was made possible in part by the support of WesGro, who sponsored this year’s event. A devastating fire destroyed the Cape Nature campsite which the race had called home for 25 years. This meant that the race route would have to change for the first time, but the change would be for the better; extending the course into Gamkaskloof, exploring more of the remarkable valley than ever before. 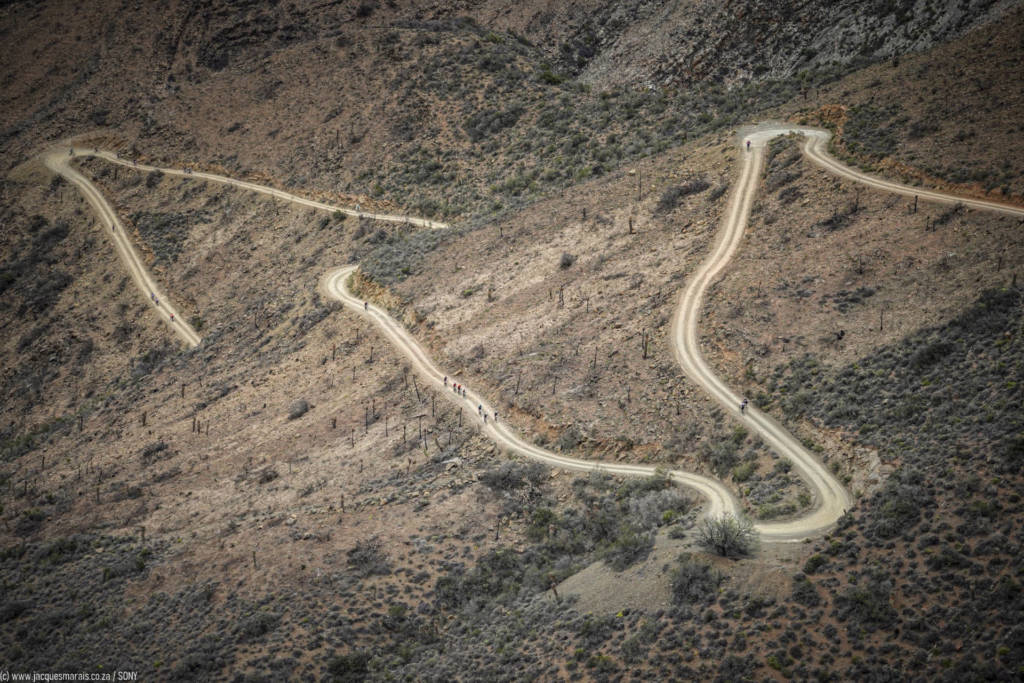 Conquering Elandspas, and its seemingly endless switchbacks, may require a GU Roctane Energy Gel for breakfast. Photo by Jacques Marais.

For 2020 the race village was hosted by the Fontein Guest Farm, 6-kilometres into the narrow valley. Extending the route meant that for the first time the second day did not start, immediately, with the infamous Elandspas ascent. Riders were able to warm up a bit before the climb started, rather, which made the pass easier to conquer. For those that struggled to climb out of Die Hel on a couple of cups of moer koffie alone GU Energy South Africa had the solution. Individual nutrition packs had been handed out at registration, allowing riders to boost their climbing prowess with a GU Roctane Energy Gel.

The race village still featured the characteristic To Hell and Back vibe. With Tony Cook strumming his guitar and a DIY braai dinner ensuring everyone gathered around the fires for a social evening. While Safari kept the braais going and Darling Brew ensured everyone was in good spirits Squirt Cycling Products helped keep the riders and crew safe. Squirt’s hand sanitiser stations limited the risk of spreading germs, while the spread-out nature of the race village lead to natural social distancing. 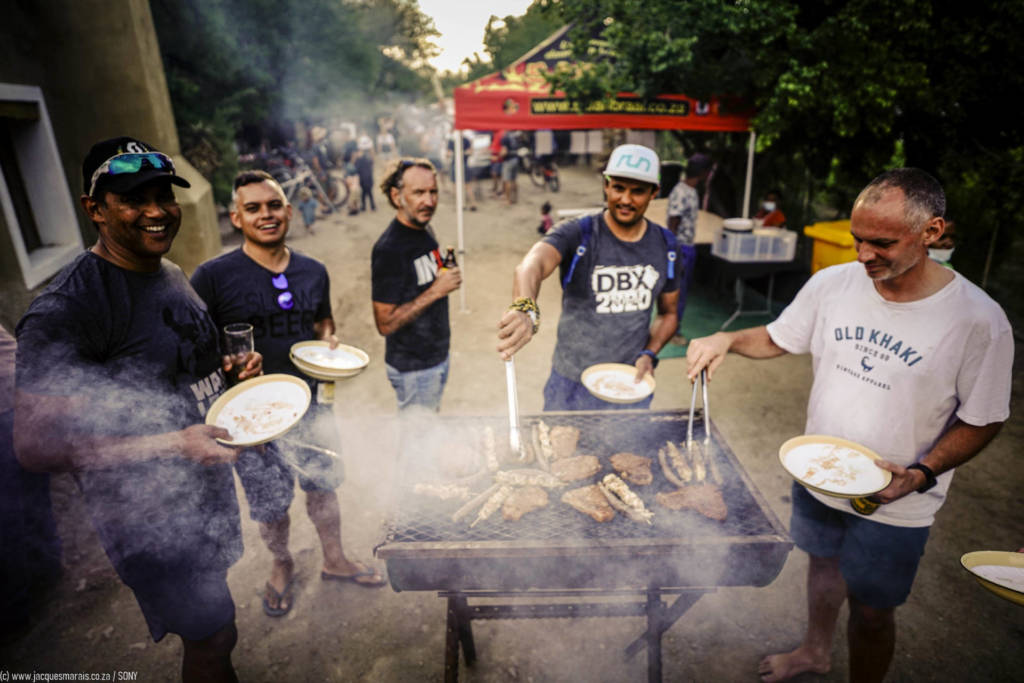 The DIY braai for dinner after Stage 1 is part of the unique appeal of To Hell and Back. Photo by Jacques Marais.

EcoBound have in recent years been focusing on limiting the environmental footprint of all their events. To Hell and Back in particular necessitates a green approach, as all waste has to be carried back out of the kloof and water has always been a source of concern. It is for that reason that the race is limiting their use of plastic and no single cups were used in 2020. “By using tin mug rather than plastic cups we greatly reduce one of the main sources of waist generated by events” EcoBound’s Zane Schmahl explained. “The initiative has been really well received by riders. It also means that there is no accidental sharing of cups or cross contamination at water points, as each rider has their tin mug or cycling bottle filled individually. The mugs then get used for coffee, sherry and even beer down in the kloof too. Plus, they are a great memento of the ride for those who choose to purchase a To Hell and Back tin mug rather than bring one from home.”

The 26th edition also marked the celebration of the “Last Man Standing”. For the last few years Paul Goedhart and Tony Thornburn have been the last two riders to have completed every edition of the race. Following a bicycle crash ahead of the 2020 edition, which left Thornburn unable to take part, Goedhart officially became the legendary event’s most legendary rider. In completing his 26th To Hell and Back Goedhart notched up 103 220-metres of climbing; thanks to the ascents of the Swartberg Pass, Heart Break Hill and Elandspas. 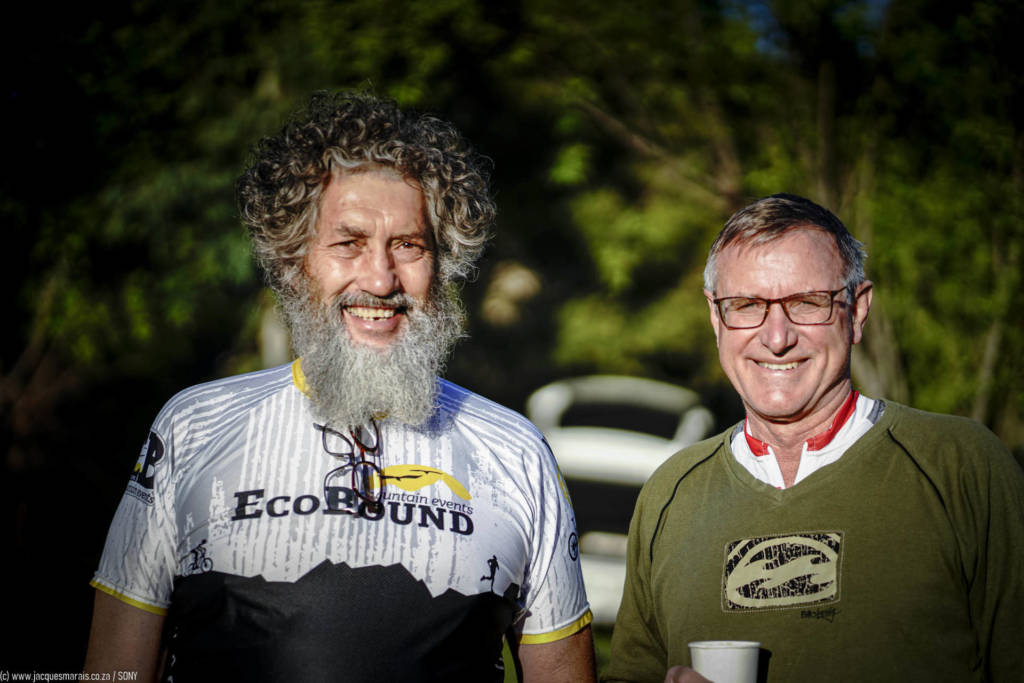 Due to the shift in focus to ensuring the event rose from the ashes of the Gamkaskloof fire the racing element was not as much of a priority in 2020. That said, whenever people gather to ride bicycles it inevitably becomes a race. To that end Jan-Hendrik Theron and Amelia Perold were the fastest man and women across the two days. Both claimed a solitary stage victory on their way to the general classification titles, but did enough overall to hold off Francois Bosman and Janine Wencke respectively.

The legend continues in 2021, when To Hell and Back is slated to take place on the 13th and 14th of November. To find out more about the race, Gamakaskloof and their history visit www.tohellandback.co.za. 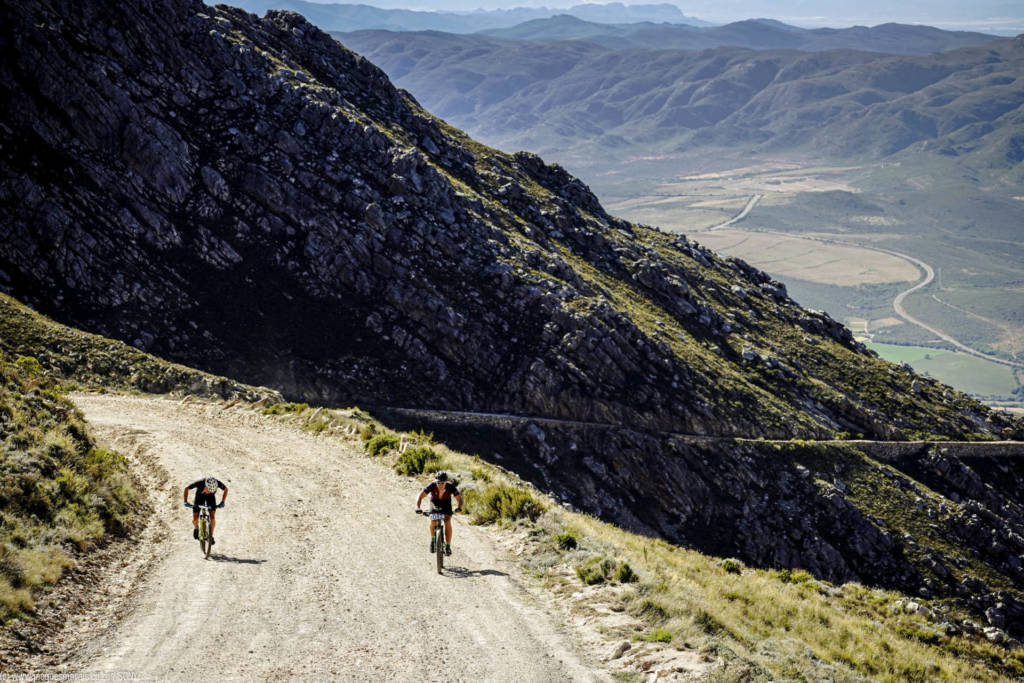 Summiting the Swartberg Pass is one of the many highlights of the famous race. Photo by Jacques Marais. 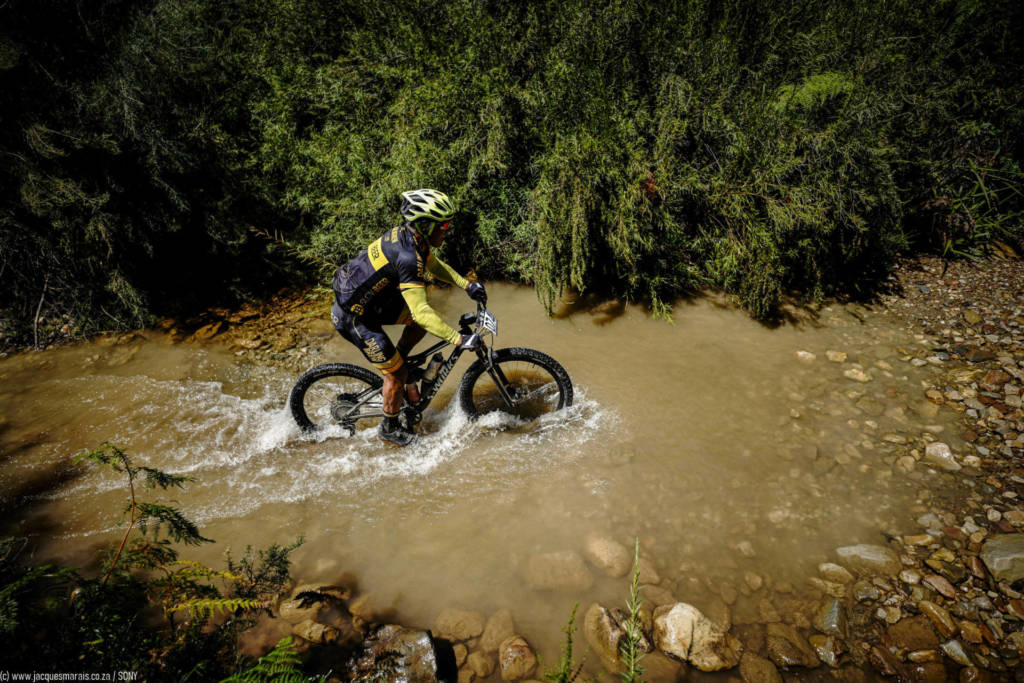 Good winter rains saw deeper river crossings and greenery staring to shoot up in, and on the road to, the kloof. Photo by Jacques Marais. 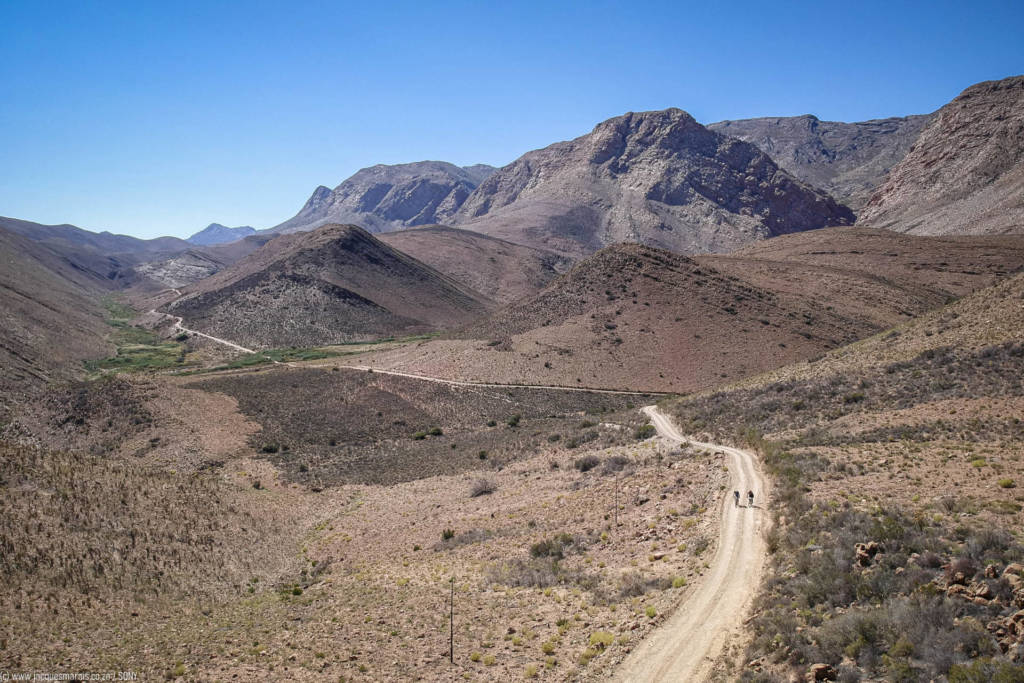 The road to and from Die Hel is a challenging one by bike. Photo by Jacques Marais.