The 2021 George MUT was won, on Saturday 26 June, by Kane Reilly and Taryn King. Both the men’s and women’s champions led from the front, but still managed to pace their efforts across the challenging 60-kilometre course to perfection. They and their fellow athletes were treated to superb winter weather, as the city of George failed to live up to its ‘Cold and Wet’ epithet.

Earlier in the week it had looked as if the George MUT may be held in torrential rain. Fortunately, the storm blew by and the event was held under clear skies in crisp temperatures. This allowed the races to perfectly showcase the city as an adventure playground; to locals, would be residents and visitors alike. 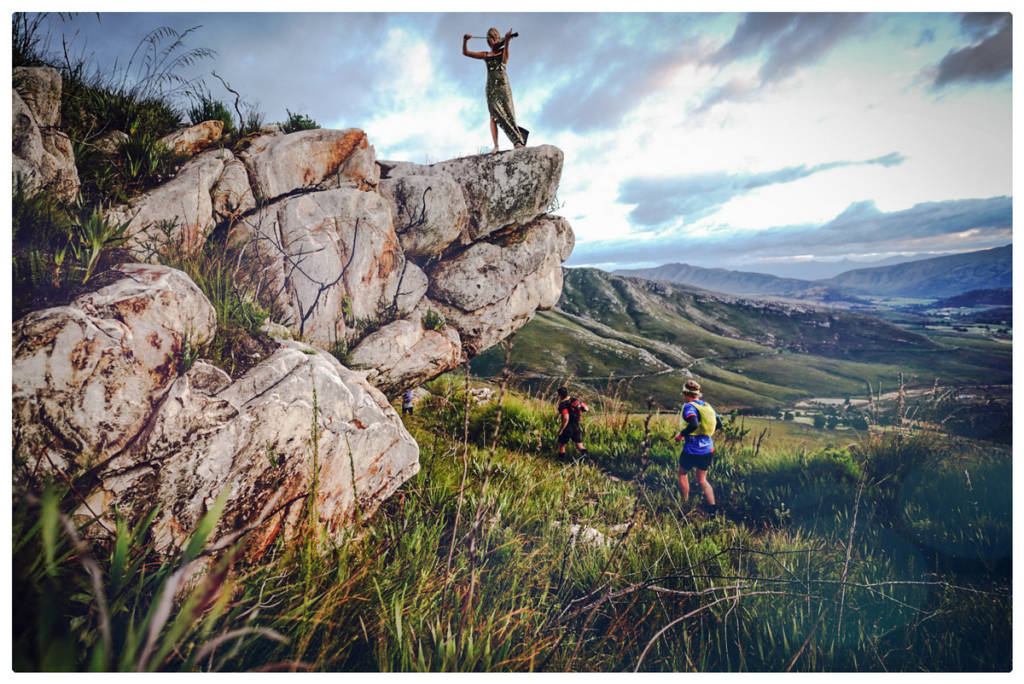 Lynette de Jager performed an outdoor concert for the George MUT runners as they made their way over Cradock Pass. Photo by Jacques Marais.

An additional surprise for the participants in the marathon-distance, 42-kilometre, and ultra-distance, 60-kilometre, races was the performance by Lynette de Jager in the mountains. The George based classical violinist greeted them from a rocky outcrop near the summit of the first climb, with a hauntingly beautiful impromptu open-air show. Spurred on by de Jager’s music Reilly and King in particular found their rhythm, as the arduous climbing gave way to more runnable trails.

“The first two hours were dark” the women’s race winner, King, laughed. “Both literally with the sun not having risen yet, but also figuratively for me. But once I past the second check point it started to get light and I found my rhythm. It was still tough, but I enjoyed it immensely.” 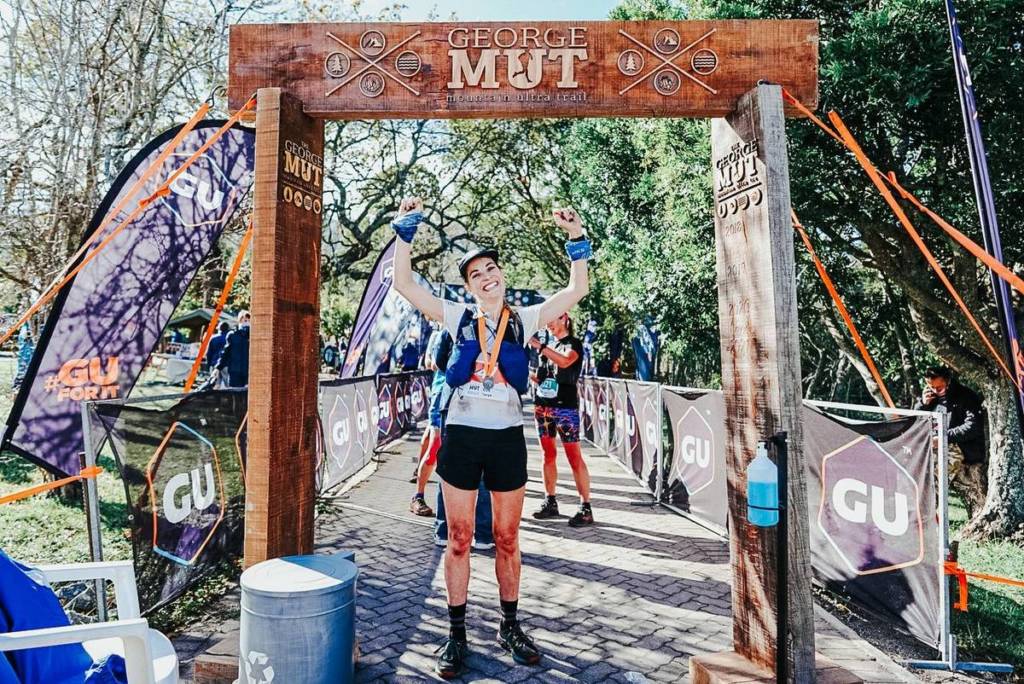 Taryn King won the women’s race at the George MUT by a massive 40 minutes. Photo by Zane Schmahl.

King ran a consistent pace which saw her gradually extend her lead over the chasing women. By the time she crossed the finish line, in a time of 7 hours, 37 minutes and 42 seconds, her winning margin was 40 minutes and 12 seconds. Samantha Bieske, who crossed the line second, had nearly as big an advantage over Lodelia Odendaal in third.

Reilly’s men’s race margin of victory was an impressive 24 minutes and 10 seconds. The foundation for his success was laid on the early climbs, where he paced his efforts while the 2018 George MUT champion, Roelof Mostert, went over his limit to stay with the pre-race favourite. Once Reilly’s seemingly effortless pace shed Mostert from his heels the eventual winner ran his own race. 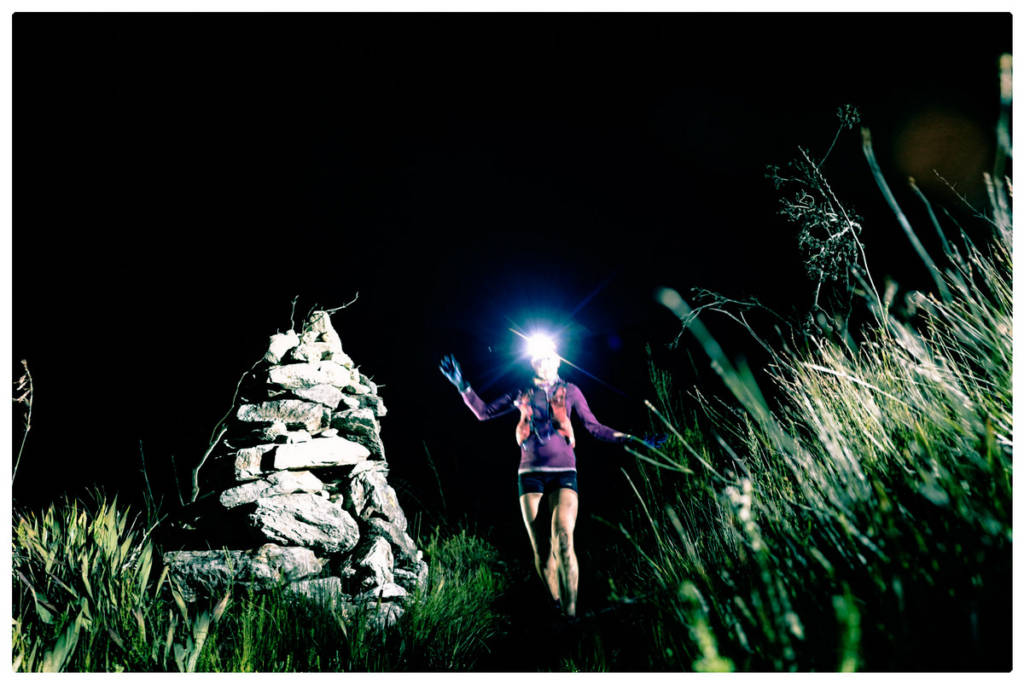 Staring well before dawn the 60km runners had nearly two hours of running in the dark before the sun rose to illuminate the Outeniqua Mountains. Photo by Jacques Marais.

“I was conscious of how difficult the second half of the route was going to be” Reilly noted. “So, I kept energy in reserve. Had I known exactly how hard it would be I probably would have gone even easier in the beginning though! But I’m happy with how my race worked out and that I managed to take the win.”

Mostert was magnanimous in defeat, crediting Reilly’s impressive strength on the technical route. “I’m happy with my race. Not the result obviously but my performance, definitely” Mostert reflected. “I trained so hard for the George MUT this year and gave it my all.” The times reflect the truth of the runner up’s statement. Reilly’s winning time, of 6 hours, 18 minutes and 11 seconds is a new course record. Mostert’s time, meanwhile, is nearly 26 minutes faster than his 2019 effort. Reilly and Mostert were joined on the Men’s 60-Kilometre race podium by Mvuyisi Gcogco. 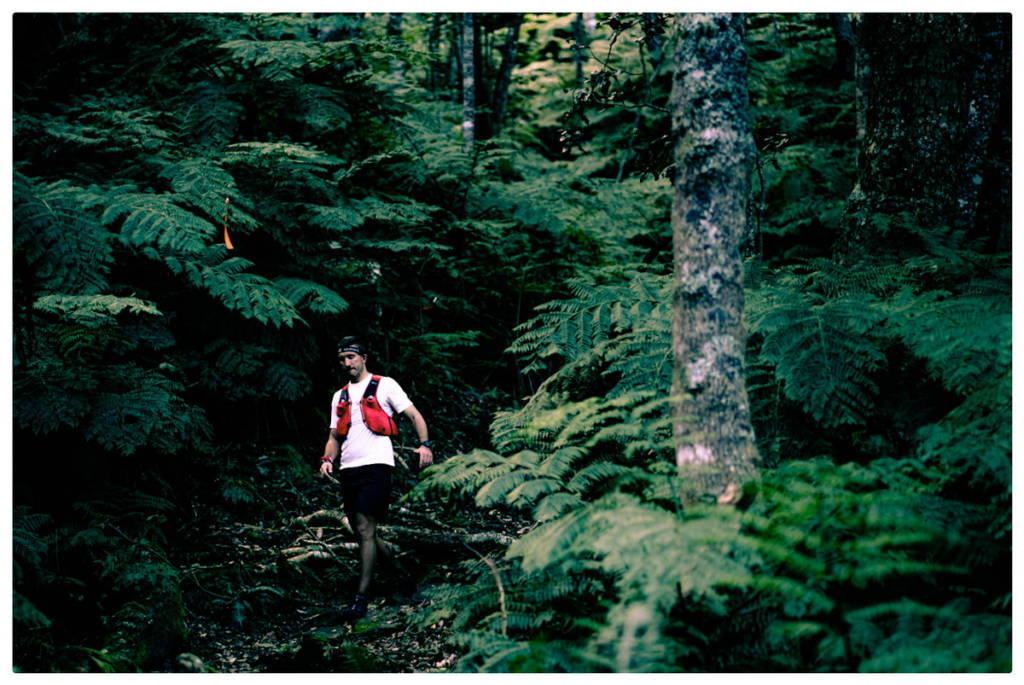 From the high mountain peaks to the deep indigenous forests, the George MUT has it all. Photo by Jacques Marais.

The 42-kilometre races were won by Jacques Buys and Landie Greyling. While the 25-kilometre distances saw Llewellyn Groeneveld and Toni McCann blitz the course. The shortest distance 10-kilometre race attracted a significant field. With a large group of under-18 boys entering the race the prizes and podium positions were reserved for age groupers in the 10-kilometre. Troy Schofield was the fastest boy over the line, followed by brothers Nathan and Ivan Greenwood. Without as many junior girls in the short distance the podium places were not age category capped, which meant that Anmarie Wessels took the 2021 10-kilometre title. 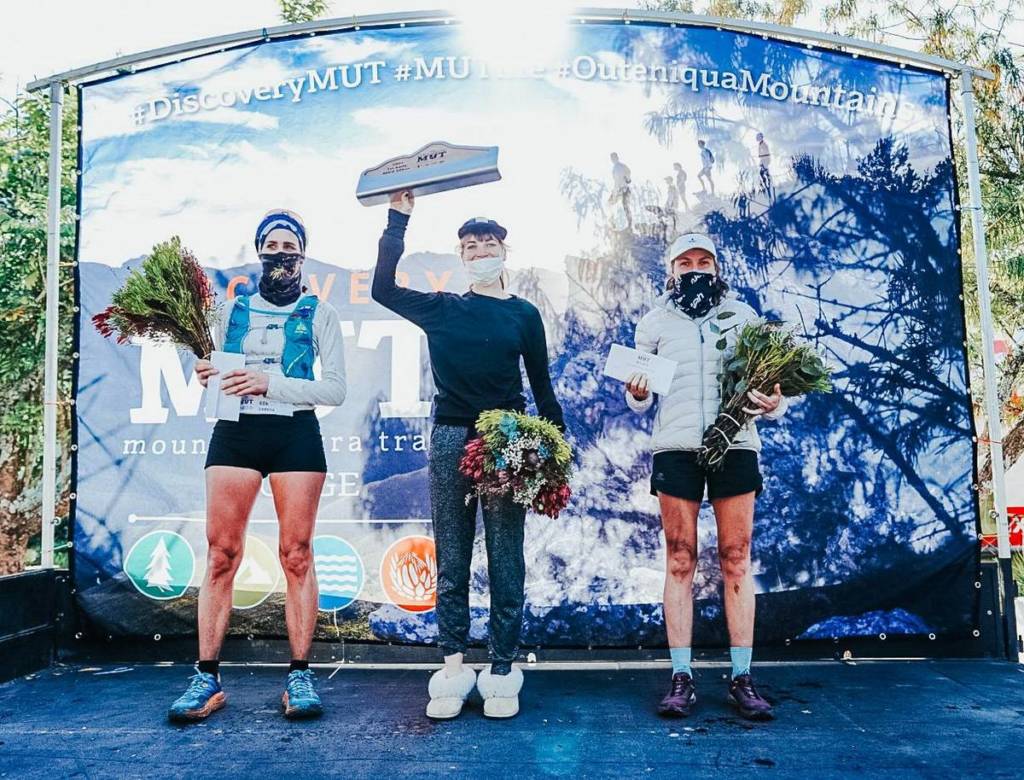 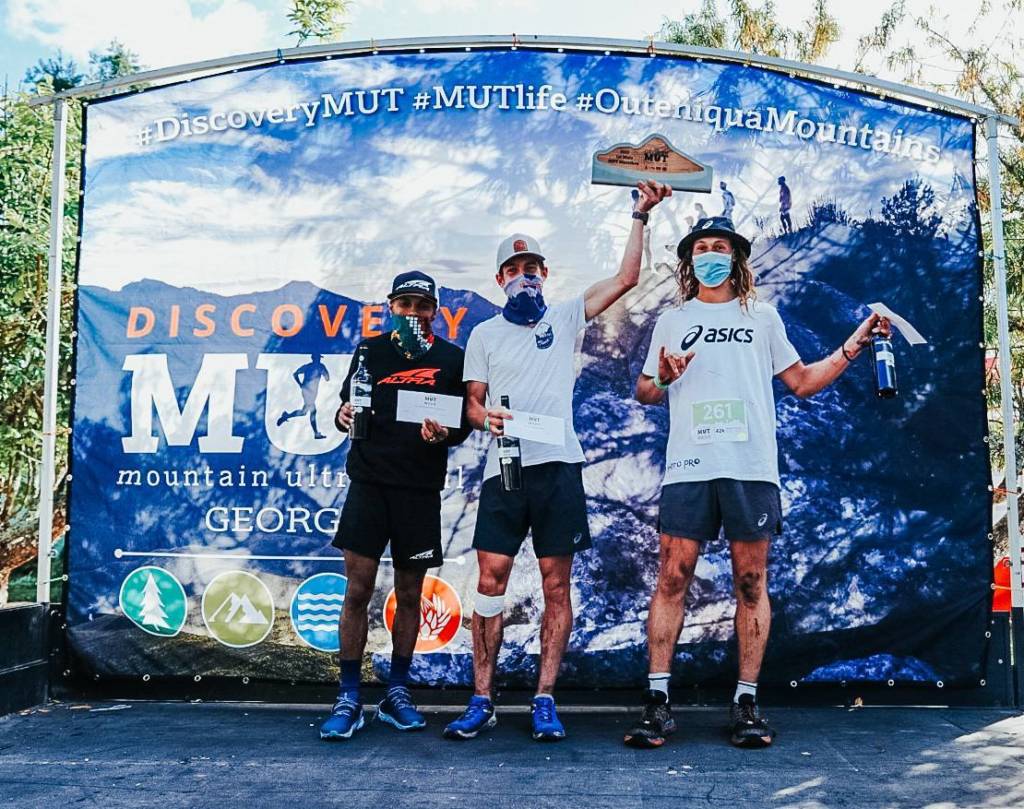 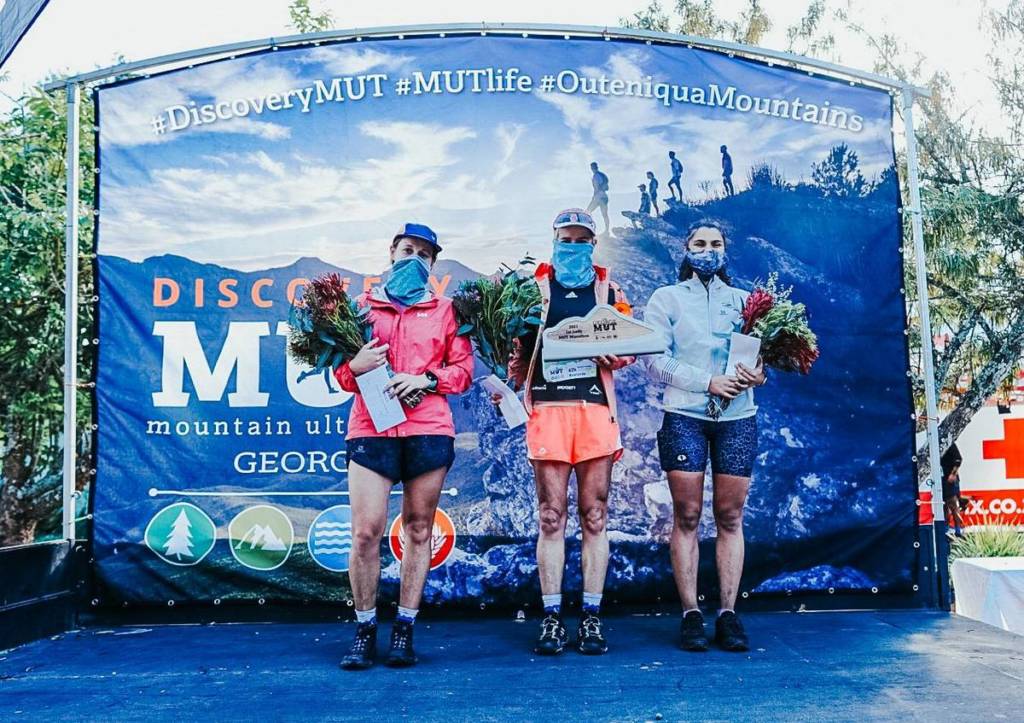 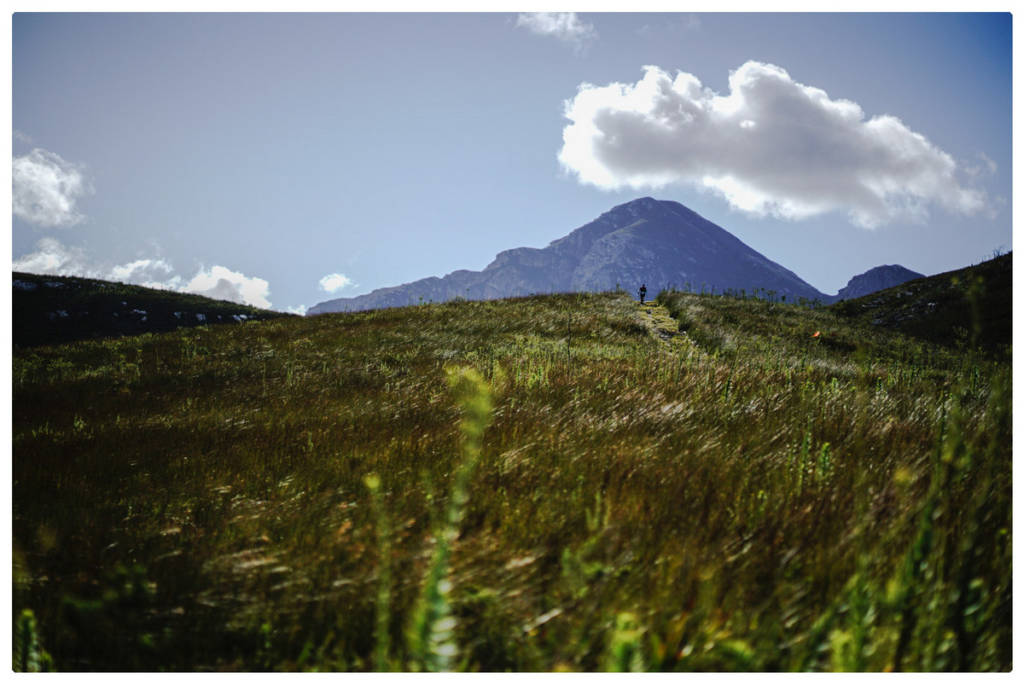 For more information on the 2021 George MUT and for the full results visit: www.georgemut.run.