Defending Champions Face Stern Test at 2022 Hell of the South

Defending Champions Face Stern Test at 2022 Hell of the South

The Momentum Medical Scheme Attakwas Extreme, presented by Biogen, is set to take place on Saturday, 15 January 2022. The 16th edition of the race will see South Africa’s top mountain bikers go head-to-head in a battle to raise a stone from the Attakwakloof above their heads. In so doing they will get their 2022 seasons off to the best possible starts.

The 121-kilometre race from Oudtshoorn to Pine Creek Resort, in Great Brak River, takes in 2 900-metres of climbing as it crosses four distinct biomes. Starting in the arid Klein Karoo the terrain under-wheel will be loose and rocky. The race then ascends into the high peaks of the Outeniqua Mountains and follows the ancient elephant paths and traders’ trails through the Attakwaskloof. On the southern side of the mountains indigenous and plantation forests await, as do roads which have euphemistically been dubbed, ‘rolling’. Finally, in the final kilometres the route descends towards the ocean and a cool sea breeze will likely greet riders as they make their way to Pine Creek. If only that cooling breeze was not a headwind, it would be pleasant…

For amateurs and professional athletes alike, completing the Momentum Medical Scheme Attakwas Extreme, presented by Biogen, is a litmus test of one’s festive season training. Neglected base miles will come back to haunt the ill-prepared. Fortunately, it has been only five months since the 2021 edition of the race. Everyone should thus know exactly what they are in for. 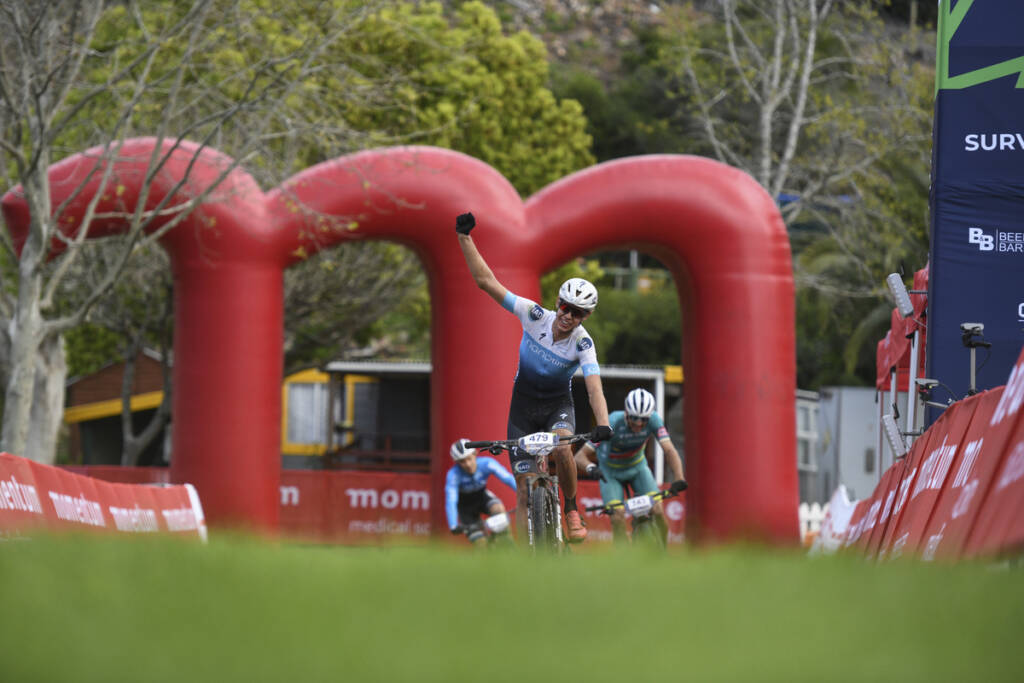 Wessel Botha won the 2021 race in a new course record time, but conditions in January 2022 will be far tougher than they were in August 2021. Photo by www.zcmc.co.za.

Nobody will have a more recent idea of what it takes to win the Momentum Medical Scheme Attakwas Extreme, presented by Biogen, than Imbuko {type]DEV equipped by Giant’s Wessel Botha. Making his debut for his new team Botha is among the favourites for the 2022 race.

“You do feel a bit of pressure being the defending champion, but that hasn’t changed my preparation or approach to the race,” Botha noted. “It’s great having super strong riders like Matt [Beers], Alan [Hatherly] and Simon [Andreassen] on the start line. The Momentum Medical Scheme Attakwas Extreme, presented by Biogen, is very early in the year and it’s always a bit of a shock to the system. But the spirits are high in our new team and we’re all ready to give it our best shot! I’m really impressed with my new Giant Anthem. It’s a big change from my previous bike but so far I’m really happy and keen to see how it handles the tough Attakwas terrain!” 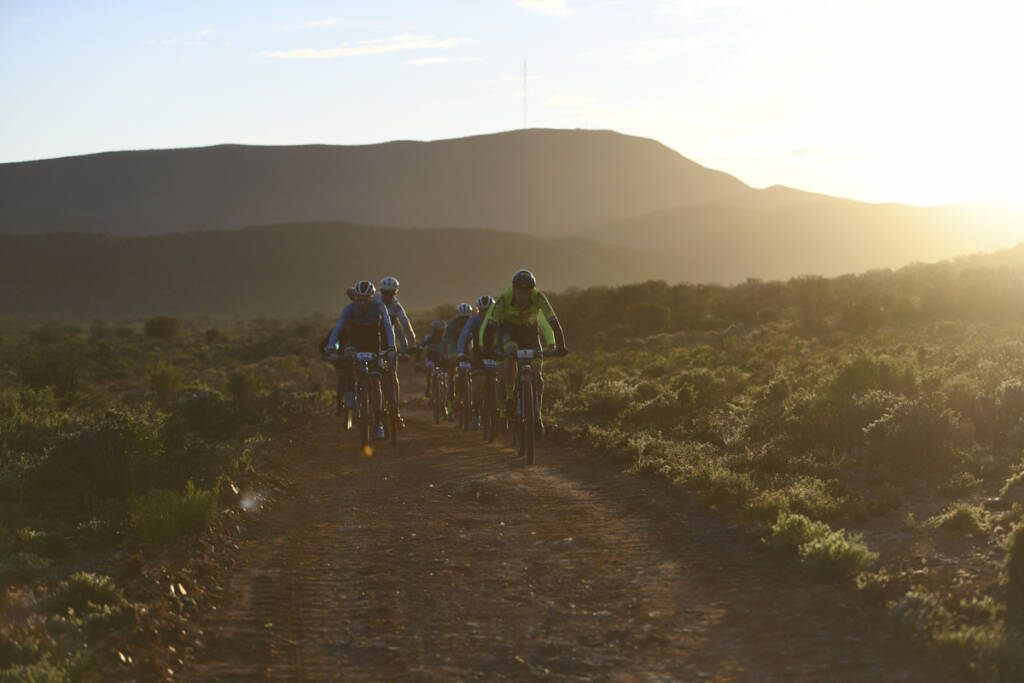 PYGA Euro Steel’s Philip Buys and Wian van den Berg will also be starting their seasons at the Hell of the South. As will Rossouw Bekker, Keagan Bontekoning, CP Van Wyk and HB Kruger. The men’s race is therefore likely to be a hotly contested affair.

In the women’s race defending champion Yolande de Villers will be tough to beat. The Oudtshoorn resident and reigning South African marathon champion thrives in hot conditions. Which is ominous for her rivals as the mercury is predicted to hit 35 degrees Celsius in Oudtshoorn on Saturday. “The Hell of the South is back to its original date as the season opener and I couldn’t be more excited,” De Villiers enthused. “I’m so grateful that events are back and that we can all enjoy what we love most – racing – once more. The women’s field is bigger and deeper than it was last year, so I’m expecting fierce competition this weekend.”

“The Southern Cape has had a lot of rain in the last few months,” she warned. “All the trails have been damaged. There are lots more loose, rocky, sections than ever before. Along with rugged and corrugated sections along the route. Avoiding damaging your bike could be one of the biggest challenges of this year’s race.” 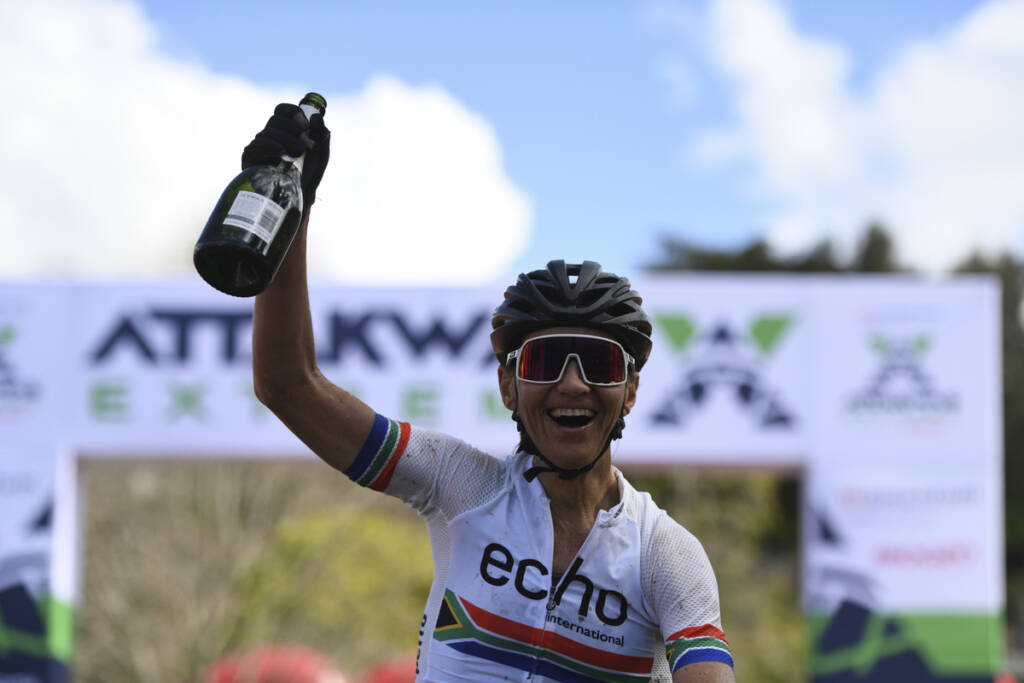 Yolande de Villiers has shown herself to be the best adapted rider in the elite women’s field when it comes to racing in extreme heat, a fact that should play into her hands during the 2022 Hell of the South. Photo by www.zcmc.co.za.

Along with the hot temperatures predicted for the Klein Karoo there is a light headwind and 22 degrees expected for the late afternoon. It will certainly be anything but easy. Racing gets underway at 06:30 from the Oudtshoorn Civic Centre, with a provincial traffic enforced neutral zone to Chandelier Game Reserve. Mountain biking fans can follow the action on the event’s Facebook, Twitter and Instagram handles at: Momentum Medical Scheme Attakwas Extreme, presented by Biogen, @attakwas and @attakwasmtb. For more information, please visit www.atta.co.za.